Kato is the tasting menu-only restaurant hidden in the back of a West Los Angeles mini mall by chef Jon Yao. The food is inspired by flavors from Los Angeles and Taiwan.

Yao was born to Taiwanese parents in the San Gabriel Valley of Southern California. His parents are interior designers, but his mother worked in restaurants in her youth.

"My mom cooked for me all the time, so I would watch her often. She made a lot of traditional Taiwanese and Chinese dishes. She only stopped working to cook for us, so that was quality time spent with her," Yao says.

He graduated with a degree in anthropology from the University of California, Riverside. "I wanted to be a lawyer. I was studying for my LSATs . . . , but decided to stop pursuing law when I moved to San Francisco to stage," Yao says. He trained at various restaurants throughout California, such as the now-closed Alma in Los Angeles and Benu and Coi in San Francisco.

Yao chose to pursue a career in the hospitality industry to discover more about his heritage and upbringing, as well as to share Taiwanese culture with the world.

"There isn't a lot of awareness of Taiwanese culture and traditions in the United States, and it's a huge part of me that I wanted to understand more of. So as I'm along this path of discovery I thought it could be mind-expanding for more people of my generation to understand as well. And what better way to share culture than with food?" Yao says.

Similar to how Taiwan has night markets and Singapore has hawker stalls, Yao says strip malls are the hallmark of L.A. dining. He "fell into the space" at Kato while helping his parents sell Taiwanese lunch boxes, and the restaurant opened in 2016. "Some of the best meals you may have in L.A. will be in strip malls. It's allowed ambitious entrepreneurs to share their food and heritage on a relatively slim budget."

The constantly rotating menu focuses on seafood and Asian-American nostalgia. The restaurant is named for the Green Hornet sidekick played by Bruce Lee in the '60s TV series. Some signature dishes at the moment include a kombu cured kanpachi reminiscent of aguachile, and Chinese-style steamed fish, like turbot, with a fish broth seasoned with rice wine and several aged soy sauces.

Kato earned one MICHELIN star in the 2019 California selection.

"It's my ultimate career goal to have three MICHELIN stars, so I am completely overjoyed to have one. I fell into this space to help my parents and I never knew how long it would last. I figured my tenure at Kato should be focused on growing as a cook and business person while cultivating my team in preparation to chase three stars," Yao says.

Yao is planning on moving the restaurant to a new location that will allow for a more refined dining experience. "I am completely humbled and elated to have even received one at our meek, little restaurant. It's the affirmation my staff needed to push us towards Kato's next iteration and chase two more stars." 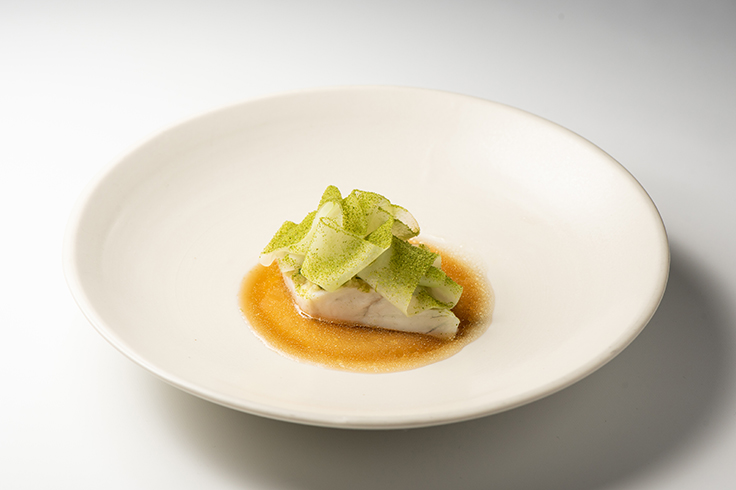 What was the last thing you ate?I had dinner at Angler last night. It's one of my few favorite restaurants in Los Angeles. The oyster service, radicchio and spot prawns are my go-to's.

It's your day off. What do you have for breakfast and where?
I'm not a huge breakfast person, but if I can spare the time, I'll stall until 11:00 a.m. to grab noodles somewhere. I like driving out to the San Gabriel Valley to a Vietnamese restaurant called Summer Rolls for bun bo hue and sour pork rolls.

Controversial question: Do you believe in brunch?
Not a huge brunch person either, but I like going to Kang Kang Food Court earlier in the day. I always get the shen jiang bao, which is almost a cross between a xiao long bao and a bao zhi. They do a great beef roll as well, and a crispy, layered pancake called a jing dong meat pie. Those are my usual orders.

What is your 2:00 a.m. go-to food?
I always crave tacos. My favorite place is El Flamin Taco in Koreatown. It's pretty close to my apartment so I go quite often. I think they have the best al pastor and I'm a big fan of their tripe tacos as well.

What is your local coffee shop and what do you order?
I'm not picky when it comes to coffee, but if I want to take the effort, I'll get an iced Americano from The Manufactory.

Where do you dine when you travel to your favorite city?
I've had two mind blowing meals the past year, one of which was the tasting menu at The Restaurant at Meadowood in St. Helena. I have great respect for and look up to chef Kostow and the team there. The other was sitting at the hinoki counter for sushi at Sushi Noz in New York City.

What is the "laziest" meal you put together for yourself this past week?
I've never actually cooked in my apartment, so when I have lazy meals at home it's usually some nice fruit and, lately, a lot of Japanese Kit Kats.

What is your favorite snack food?
We always make huge batches of different types of hot sauces, relishes and pastes at the restaurant like fermented Fresno paste, a spicy and numbing chile oil and fish sauce and vinegar steeped Thai bird and habanero chiles. I'll usually dip vegetable trim in those sauces and snack on that throughout the day.

What do you eat when you want to treat yourself?
Sushi omakase at a counter for sure. I don't have to think and it's relaxing watching the work. Shunji is my go-to since it's so close to Kato and Shunji-san is the man. He also received a MICHELIN star this year.