Chef Chung Chow of the highly acclaimed noreetuh in New York City's East Village has taken Hawaiian food to a MICHELIN-recognized level. Born in Hong Kong and raised on Oahu in Hawaii, Chow uses French techniques to serve a modern fusion Hawaiian menu with influences from Japan and Korea.

As a child, his parents owned a noodle manufacturing business that focused on Asian-style varieties like egg noodles, udon, wonton and potsticker wrappers. "Having to wake up each day and help my parents [run the business] really helped shape the way I run my restaurant today. It taught me the meaning and ethics of hard work, and being accountable for the day-to-day operations needed to oversee all aspects of the operation. I learned to respect the people who put so much time and energy into the work they do, and to lead by example, by working alongside the people you are surrounded by," Chow reflects.

Though he grew up in a food business, Chow's culinary path wasn't so direct. He attended the University of Hawaii at Manoa and received a Bachelor's degree in Japanese language. He went on to live in Japan for two years after university to assist with English language teaching, and later worked as a waiter in Hawaii. But during his time in Japan, one of his sisters decided to go to culinary school in Hawaii, which encourage him that he wanted to do the same. However, there was a change in the plan and Chow ended up earning an Associate's Degree in Occupational Science at the California School of Culinary Arts – Le Cordon Bleu.

"I wanted to go to school in California because going away for school was a starting point to opening new doors for different opportunities that you can't get by staying in Hawaii. Despite its charm and beauty, Hawaii is a very secluded place, and opportunities, as well as networking, are limited by what's available on the islands," Chow says.

Since then, Chow has been in the culinary industry for over 15 years honing his skills and working alongside acclaimed heavyweight chefs, including Thomas Keller at Per Se in New York. He also opened Lincoln Ristorante before he opened noreetuh with his partners in 2015.

This one is even older than the other one. These photos are making a comeback....

"Hawaiian cuisine is important because it's shrouded in mystery and not widely known by most people. When one thinks of Hawaiian food, the majority go right to pineapples, pig roasts and tuna poke. I want to help expand people's knowledge of Hawaiian cuisine and make it more accessible to the average diner," Chow says.

"I want to create and cook food that makes you happy. Ultimately, that transcends to the people who enjoy your food, and know that cooking comes from within ourselves," Chow says.

Currently, Chow and his partners are in the middle of opening a fast casual restaurant specializing in rotisserie chicken—with a Hawaiian twist—set to debut early this winter. 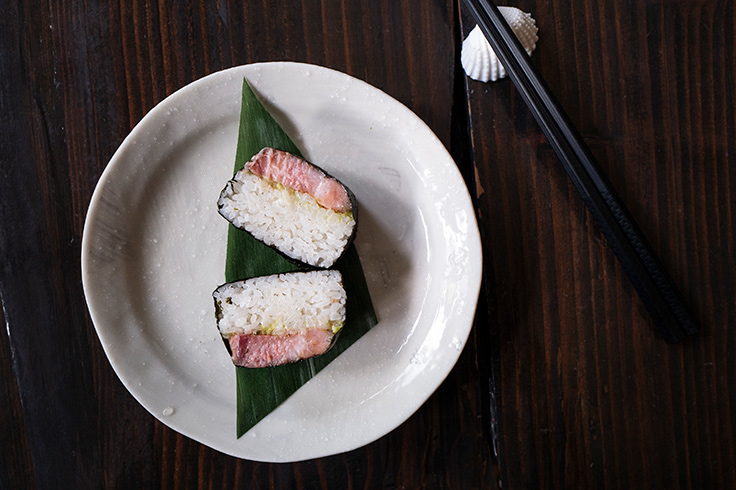 What was the last thing you ate?
As of right now, I am at work eating staff meal. It's a vegetarian tofu and vegetable stir fry with Sichuan chile sauce on top of steamed rice. We take firm tofu, cube it and dust it with cornstarch, and then deep fry it. Make your usual stir-fried vegetables and add the tofu. (I'm not a vegetarian, but this just happened to be what my sous chef made today.)

It's your day off. What do you have for breakfast and where?
I usually don't eat breakfast, but when I do plan on eating something, I usually cook something really easy at home. For example, this past day off, I had some Spam, bacon, eggs and rice with furikake. Maybe it's just my Hawaiian roots, but to me, eating these items is comforting and reminds me of home when I don't have the time to visit Hawaii.

Controversial question: Do you believe in brunch?
It's not whether or not I believe in brunch, but the quick answer would be no. The reason is that I grew up in a household that doesn't have such things. My family and friends that I grew up with didn't really do brunch, so going to brunch is just not one of those things that we think about much. The idea of brunch was just not part of my lifestyle. However, if I were to be invited to brunch, I am completely okay going, and would probably even enjoy it too.

What is your 2:00 a.m. go-to food?
Most recently, it's a taco truck called Tri Mexican Tacos, one block from the subway stop on my way home. The food is amazing, and the flavors are pretty authentic (at least in my view). I usually get the carnitas or al pastor plate, which is kind of like a Mexican version of a Hawaiian mixed plate. It's served with seasoned rice, lettuce, tomato, guacamole, beans, some tortillas and the meat of your choice. It comes with a take-out container each with red and green sauces, which I think are some of the best ones around. When I don't feel like eating that much, their cemitas are also great. I love the smoky chipotles and the creamy avocado in that sandwich.

What is your local coffee shop and what do you order?
In my neighborhood, I go to this Colombian place called El Buen Sabor. It's not really your traditional coffee place, but they serve food and baked goods, along with Colombian coffee served with warmed milk. I usually get their cheese bread (they have a few different shapes, but I like the one that looks like a small bagel) with a cup of Colombian coffee. 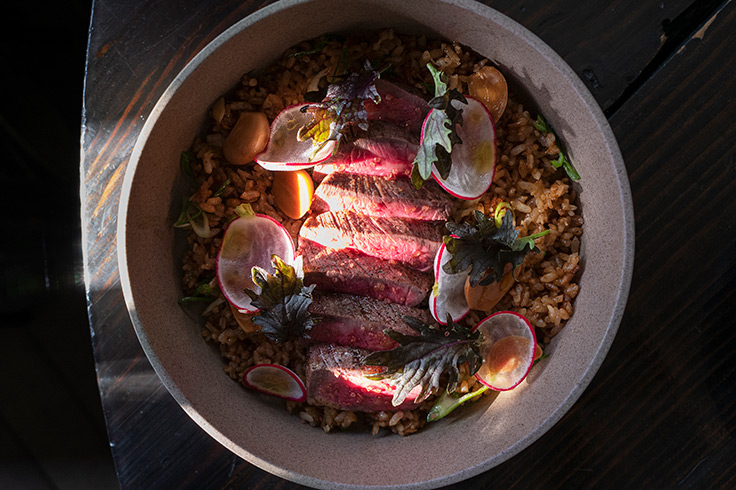 Where do you dine when you travel to your favorite city?
My favorite food city outside of New York has got to be Honolulu. Every time I go to visit I always make plans to go to Helena's. This place serves some of the best local Hawaiian food. The food is always consistent, and you always want to go back for more. I always get the short rib pipikaula (salted and dried beef), along with the poi (mashed, cooked taro root), lomi salmon, kalua pig, chicken long rice, fried butterfish (sablefish) collars, opihi (Hawaiian shellfish) and finish off with the haupia (coconut milk-based sweet) for dessert. You can't go wrong with this place.

What is the "laziest" meal you put together for yourself this past week?
Not sure if this is that lazy, but when I plan to cook at home (which is not very often), I usually have a mission to make something that I want or someone else wants. This past week, my wife wanted garlic shrimp. This is a dish that is also very popular in Hawaii and is typically cooked with a lot of garlic and chile powder. So, I made garlic shrimp (got to have the ones with the head-on as it releases all that flavor during cooking), and took the shells and made a miso soup out of it. I served it with steamed white rice and a little salad with some store-bought dressing (either Thousand Island or roasted sesame).

What is your favorite snack food?
Potato chips. They're crispy, salty and oily, so what's not to like? I especially like the Lay's Maui Onion flavor. You can't buy this one outside of Hawaii, so whenever someone visits from there, I try to have them bring some over.

What do you eat when you want to treat yourself?
Sushi. I just can't get enough of it. I love what Nick Kim and Jimmy Lau are doing at Shuko. Their techniques are amazing, and the food is stellar. With the openings of sushi restaurants (and regular eateries) popping up so frequently in New York City, it's not difficult to find a new spot to try. Unfortunately, great sushi in the city is pretty pricey, so I only go for special occasions. There is a place in my neighborhood called Takesushi and they do a pretty good job for the quality to value ratio. Their prices are reasonable enough to go more frequently. The place is a little subdued and understated, and kind of reminds me of an old-style mom-and-pop place you'd find in a small town in Japan.