Located in Virginia’s Piedmont region, lush and scenic Rappahannock County is made up of several towns including Little Washington, Sperryville and Flint Hill, making it an easy getaway destination for anyone living in the Nation’s Capital.

“Sperryville [and Rappahannock] seem to be on the lips of a lot of people in Washington, D.C.,” says Robert Archer, owner and founder of Happy Camper Equipment Company in Sperryville. The open space and quality of life attracted him to the area nearly five years ago; he credits the evolution of social media shaping both the speed of information and sharing of ideas to getting the word out on the area. (And even though social media does do both of those things, influencers and fans alike will have to wait to tweet and gram by finding the nearest wifi hotspot as cell service is very hard to come by.)

So what to do in the area? Not to worry—we’ve got you covered.

Sperryville in and of itself is very much like the hit sitcom Cheers, where everybody knows your name, so don’t be afraid to ask a local on where to head to get your activity on. Rappahannock County is replete with more than 500 hiking trails, including the Appalachian Trail, Shenandoah National Park and the Sperryville local favorite, Old Rag.

Guests feeling parched after those steep climbs can look to one of the many wineries and distilleries in the area, like Chester Gap Cellars in Huntly, Copper Fox Distillery in Sperryville and Gray Ghost Vineyards in Amissville. 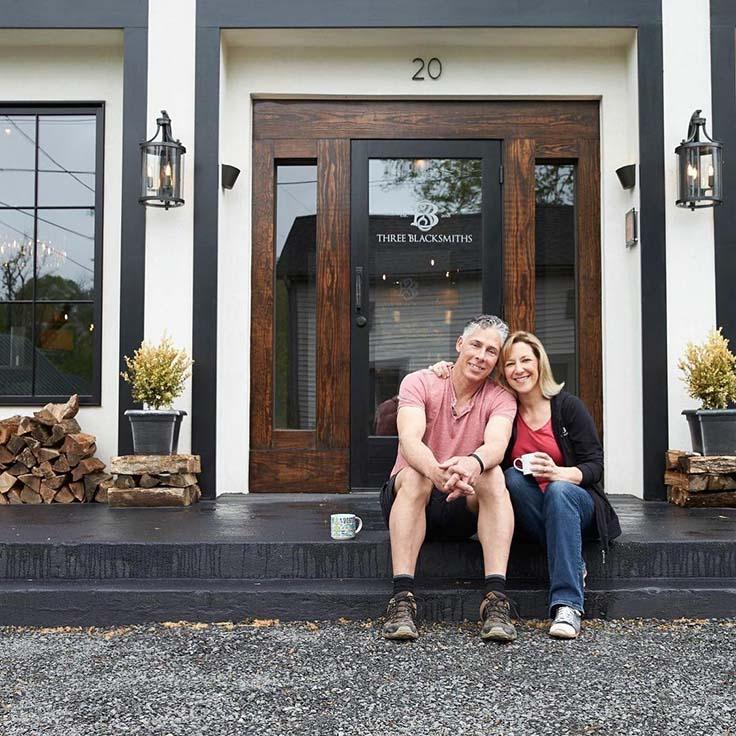 (Photo courtesy of The Three Blacksmiths.)

John and Diane MacPherson’s 20-seat Three Blacksmiths in downtown Sperryville made a serious name for itself when Washington Post’s own Tom Sietsema sang its praises after its opening in 2018.

The MacPhersons made the trek from Southern California to Rappahannock County after a friend clued them into the rolling landscape and burgeoning wine scene; they’ve lived in the area for nearly 16 years. “In the years since we’ve arrived, Rappahannock hasn’t changed very much—a good thing,” says the duo. “What has changed is the focus and awareness of the incredible food, wine and hospitality culture that exists here. What makes it truly special is the fact that, while still very rural and bucolic, there is the ability to enjoy theater, world-class wines, craft beer and handcrafted spirits, culinary gems, all the while just 66 miles from the nation’s capital.”

And less than 10 miles away lies Patrick O’Connell’s pristine three-MICHELIN-starred oasis in the heart of Little Washington. “Embellished to the last inch, the dining room resembles a jewelry box lined with patterned carpets, lush wallpaper, heavy drapes and bejeweled upholstery,” state MICHELIN inspectors of the restaurant. “Servers are knowledgeable and warm; the room is conducive to conversations.”

Those looking for more casual options should head to Off the Grid in Sperryville, a cafe, market and small-scale on-site farm that opened in the summer of 2019. (Diners take note of the on-site large solar panel that produces the property’s electricity.) 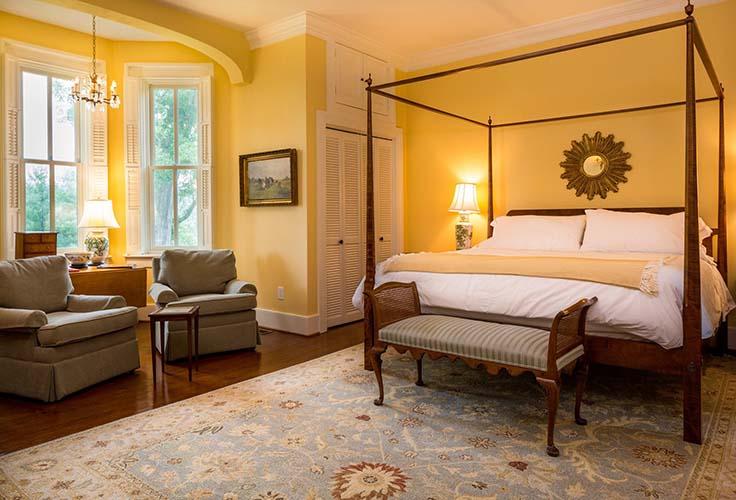 (Photo courtesy of The Inn at Mount Vernon Facebook.)

Back in Sperryville lies The Inn at Mount Vernon, which has been passed down through eight generations of the Miller family since 1827.  The 840-acre property features five guest rooms, private cabin and massive barn for all your private events needs.

And if all else fails, there are plenty of Airbnb options ripe for the taking—but why not splurge and go for the gold. After all, you're off the grid.