When the Faroe Islands were added to the Nordic Countries guided in 2017, KOKS entered with one Michelin star; in the sixth edition launched earlier this year, it was promoted to two.

At the launch event held in Aarhus, Denmark, head chef Poul Andrias Zisca was also presented with the Michelin Nordic Countries Young Chef 2019 Award, another milestone on his journey.

Here, we take a closer look at what makes KOKS so unique.

KOKS is the very definition of a "dining experience"—you meet at a lakeside fermenting hut where you enjoy an aperitif and a bowl of fortifying lamb broth accompanied by a truly jaw-dropping view over the water and mountains. Then a Land Rover transports you via a bumpy gravel track to a picturesque 18th-century turf-roofed former farmhouse and forge. It’s an intimate, romantic place with three wood-clad rooms that blend traditional elements with more modern designs. Sheepskins cover the benches in the lounge, Faroese art adorns the walls and low timbers force you to duck.

The creative, highly seasonal menu—of around 20 courses—champions the finest Faroese produce, with an emphasis on traditional techniques such as drying, fermenting, salting and smoking. The terroir of the Island plays a key role, with plenty of foraged produce as well as some more unusual ingredients such as gannet and razorbill featuring in the lineup. Seafood is a highlight—particularly the Faroese scallops and the halibut with watercress—as is the two-month fermented lamb with onion, which has established itself as a staple on the menu. Dishes are pure yet complex and have an excellent balance of flavors.

The service is charming—relaxed, detailed and engaging—and as much effort goes into creating the juice pairings as the wine flights. 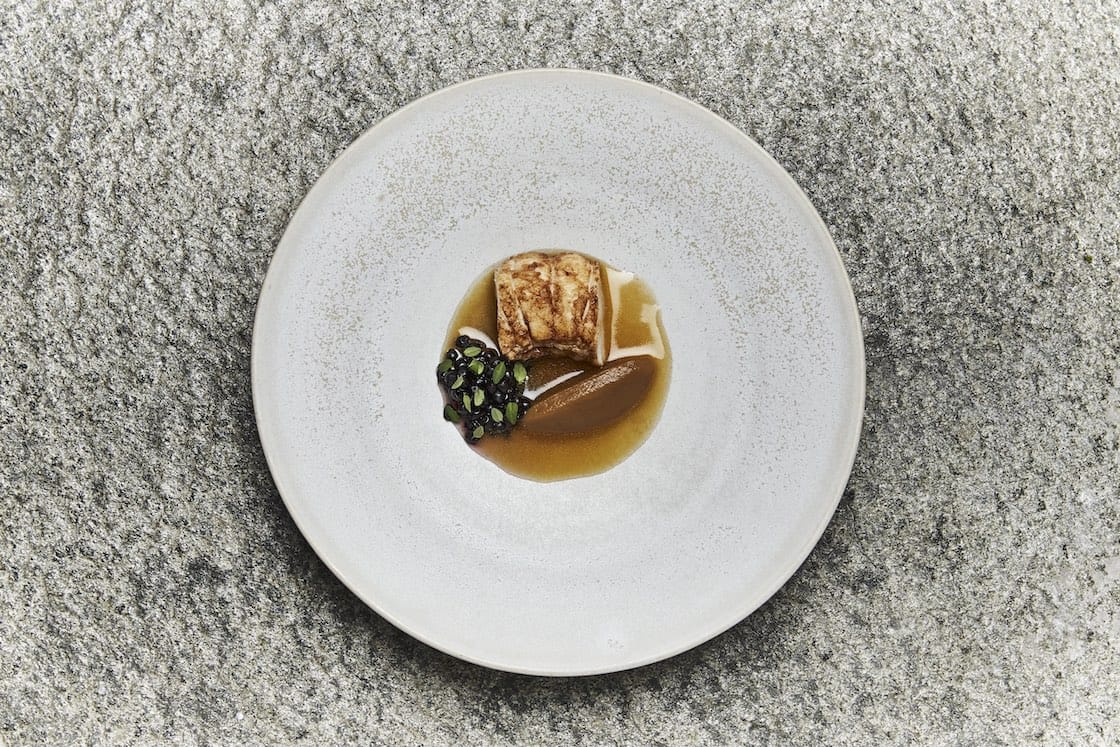 As always, the Michelin inspectors made several visits throughout the year. Here are some of their favorite dishes:

Jákupsskeljar
A raw scallop cleaned and served in its shell—the barnacles on the exterior were still alive. Sweet, buttery and with such purity and depth of flavor.

Skerpikøt
A highly unusual, wafer-thin slice of air-dried lamb of the highest quality, with a creamy mayonnaise containing lingonberries—the acidity cut through the protein perfectly. A small bag of finely shredded dried seaweed to sprinkle on the top added saltiness to the combination.

Ræst Kjøt og Leykur
Beautifully presented roast lamb and onion. The fine, lightly pickled onion 'leaves' each contained a pickled lingonberry. The warm, fermented lamb shoulder was sweet, unctuous and full of flavor; the acidity from the onions and berries cut through the fattiness—and a rich glossy reduction added flavor.

Get to know the newest one-Michelin-starred restaurant in the Land of the Thousand Lakes.