Fried carrot cake, a popular Singaporean breakfast, may soon appear on a restaurant menu in Budapest.

Hungarian chef Peter Szabo, who tried the savory stir-fried radish dish for the first time last month, is so enamored with the golden-brown radish cubes that he intends to serve it as a side to his popular dish of braised beef cheeks.

“I love that fried carrot cake has a soft inside and crispy exterior. I will try to make it back in Hungary and serve it with other main courses.” Szabo was in Singapore for a cooking showcase at La Brasserie at The Fullerton Bay Hotel, as part of the World Gourmet Summit last month. 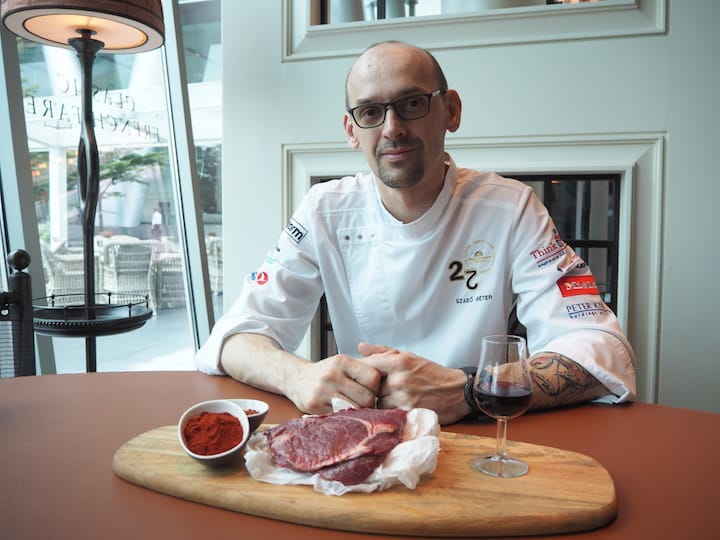 The menu also has Asian influences stretching from Japan to South Korea and even India. For example, a classic Hungarian dish of maltagliati pasta with toasted cabbage and foie gras doused in Tokaji wine is smeared with gochujang for a fiery kick.

Szabo is part of a growing number of chefs in Hungary who are revamping Hungarian cuisine. “Traditionally, Hungarian cuisine has heavy flavors and has a lot of dishes that are cooked in pork fat and feature smoked meat such as prosciutto, bacon and salami,” he says. Dishes are typically jazzed up with intensely smoked paprika, pickled vegetables and fruit compote.
Advertisement 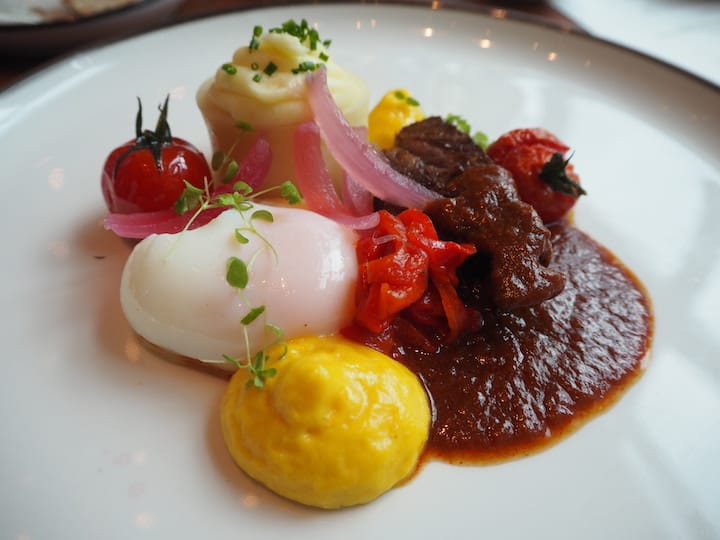 Szabo has a knack for sprucing up old school recipes into contemporary dishes. For example, his signature dish of braised beef cheeks is a contemporary take on the Csaky style of cooking, in which vegetables and eggs are stuffed into a beef roulade before being braised in a sauce.

For his stylish rendition, he has deconstructed the dish by serving the meat with a bright yellow bell pepper sauce and a 145˚F degree egg yolk on the side. He says, “I have kept the ingredients but I had some fun with switching up the presentation of the dish.” 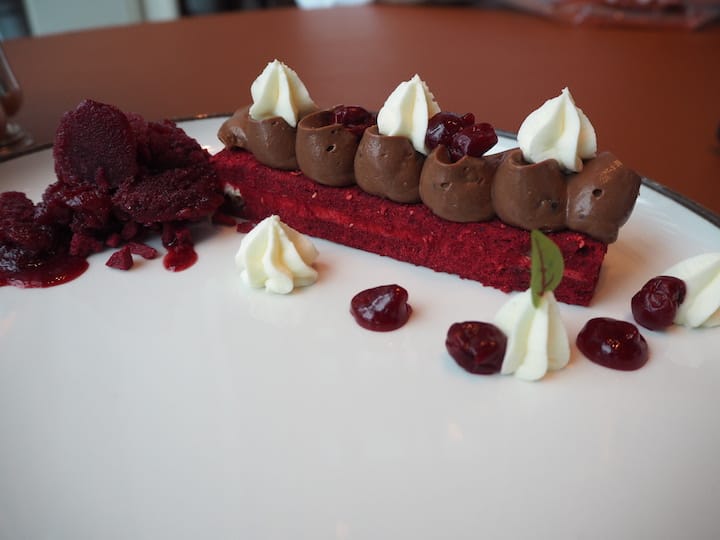 His chocolate mousse pastry is an innovative marriage of two Hungarian desserts—rigo jancai, a cube-shaped chocolate sponge cake filled with chocolate cream, and a cherry-chocolate cake. The wedge of chocolate mousse cake comes topped with a tart cherry ragoût and sorbet.

To get inspired in the kitchen, Szabo, who has worked here in the United States, as well as Germany and Italy, collects ideas when he travels regularly before sharing them with his kitchen crew and customers, many of whom are tourists. He believes that the cosmopolitan influx of tourists to his country will help elevate its dining scene.