Pink Fish, a fast food chain in Norway, is changing the way people think about salmon.

A fast food chain in Norway is making waves for building its entire menu around one of the country’s most famous exports—salmon.

Pink Fish, which opened in Oslo last November, is casting salmon in a trendy light. Instead of being traditionally baked or boiled and served with boiled potatoes, the fish is creatively presented in salads, wraps, burgers, soups, curries and even poké bowls. 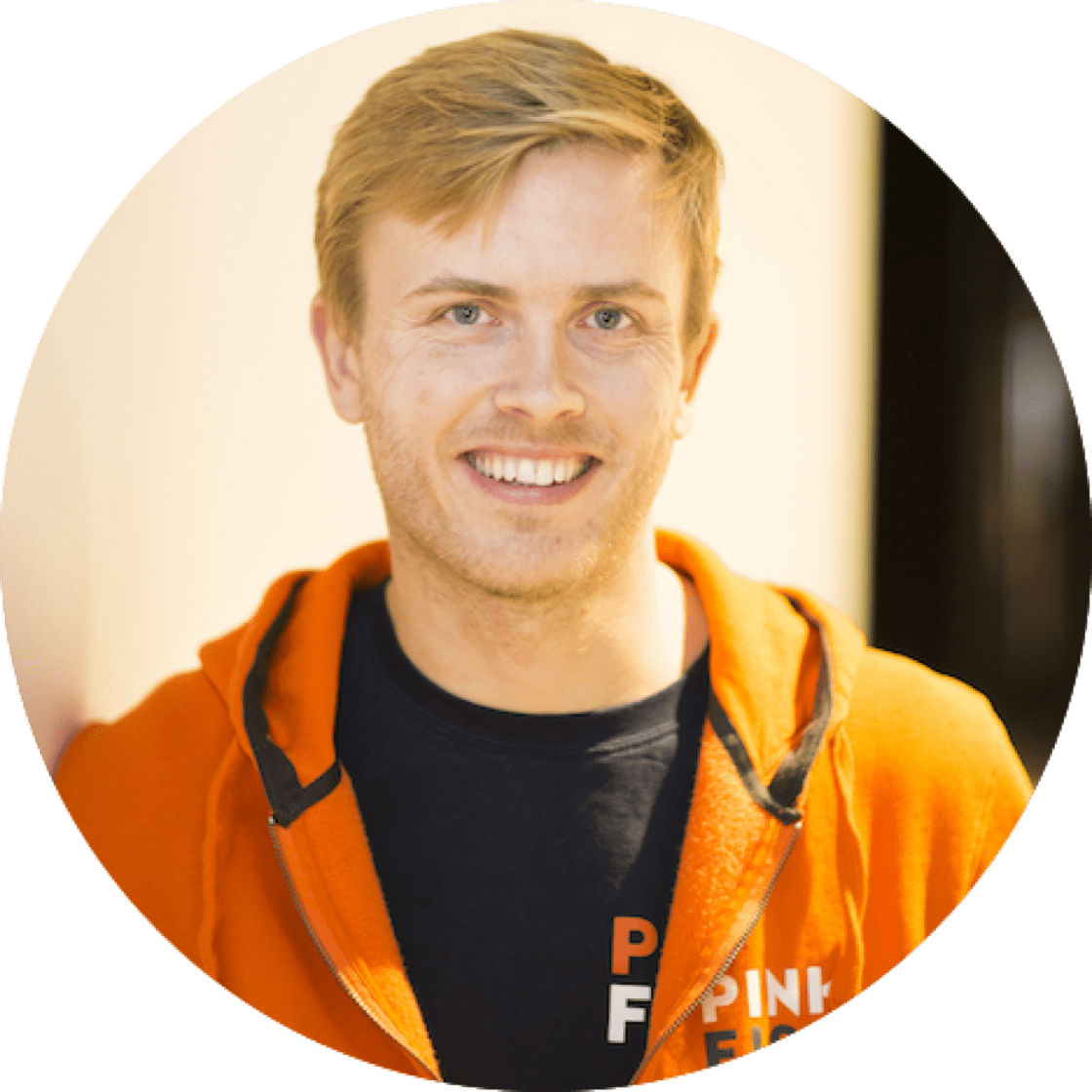 The hip fast food brand, which is named for the color of the fish's flesh, sports a youthful vibe with bright orange wood panels and fun fish-inspired deco. Pink Fish’s f&b and concept manager is Norwegian chef Geir Skeie, 37, who made a splash in the culinary world when he clinched the top prize at the prestigious Bocuse d’Or World Finals in 2009 at the young age of 28.

The ambitious Skeie plans to open seven more outlets in Norway this year. Demand for salmon

fast food meals is booming at Pink Fish with about 300 kilograms of salmon used in a week alone. Also in the cards are expansion plans for Pink Fish to Asia, where he observes that “salmon is a popular seafood ingredient,” in the first quarter of next year. 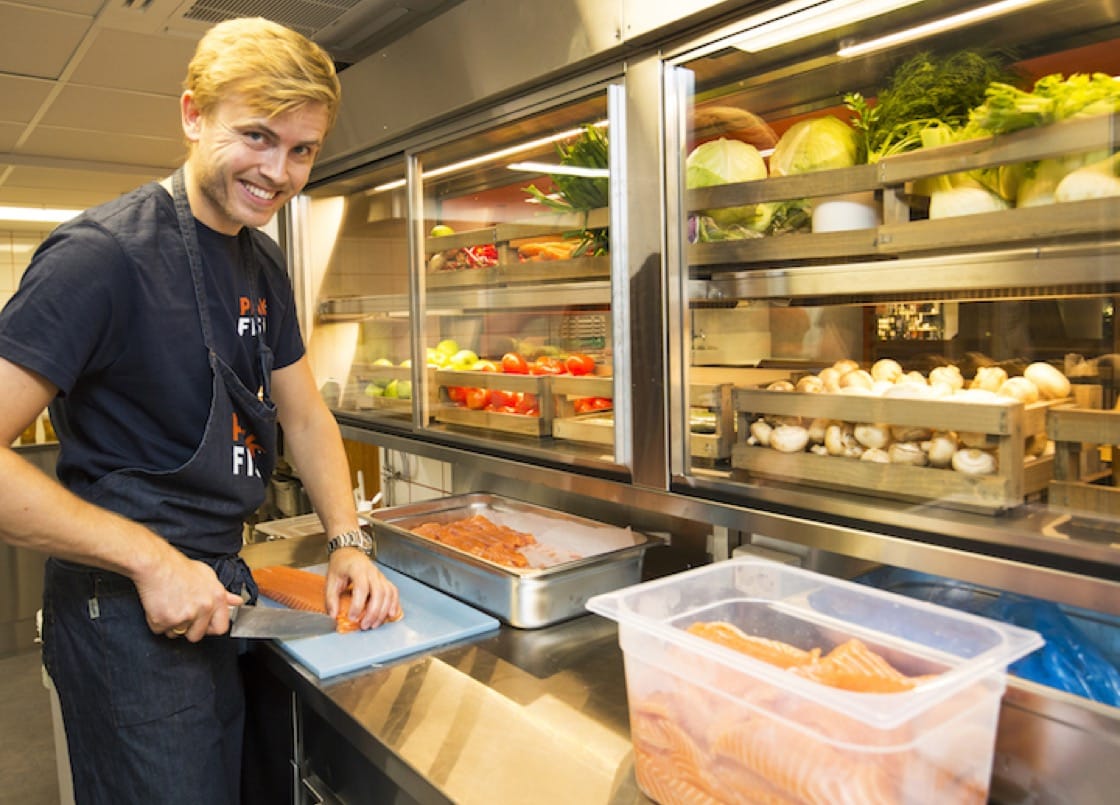 According to the Norwegian Seafood Council, Norway exported one million tons of farmed salmon around the world last year. Despite being the largest producer of farmed salmon, Norway is still miles away from finding swimmingly creative ways of serving it.

Skeie says, “It was strange that there was no fast-casual chain in Europe that focused on fish and seafood, despite their popularity. We can do so much more with salmon—it is versatile and can handle a lot of cooking methods and flavors.”

He also observes that salmon is not widely available in a “convenient and flavorful” way for younger consumers. “When young people eat out, they tend to go for pizzas and burgers. They turn to sushi as they do not know of other ways to consume salmon. There is a gap that can be plugged.”

One reason for this is rather ironic. He explains that Norway’s global reputation as the world’s salmon supplier meant that most of the fish are shipped elsewhere. 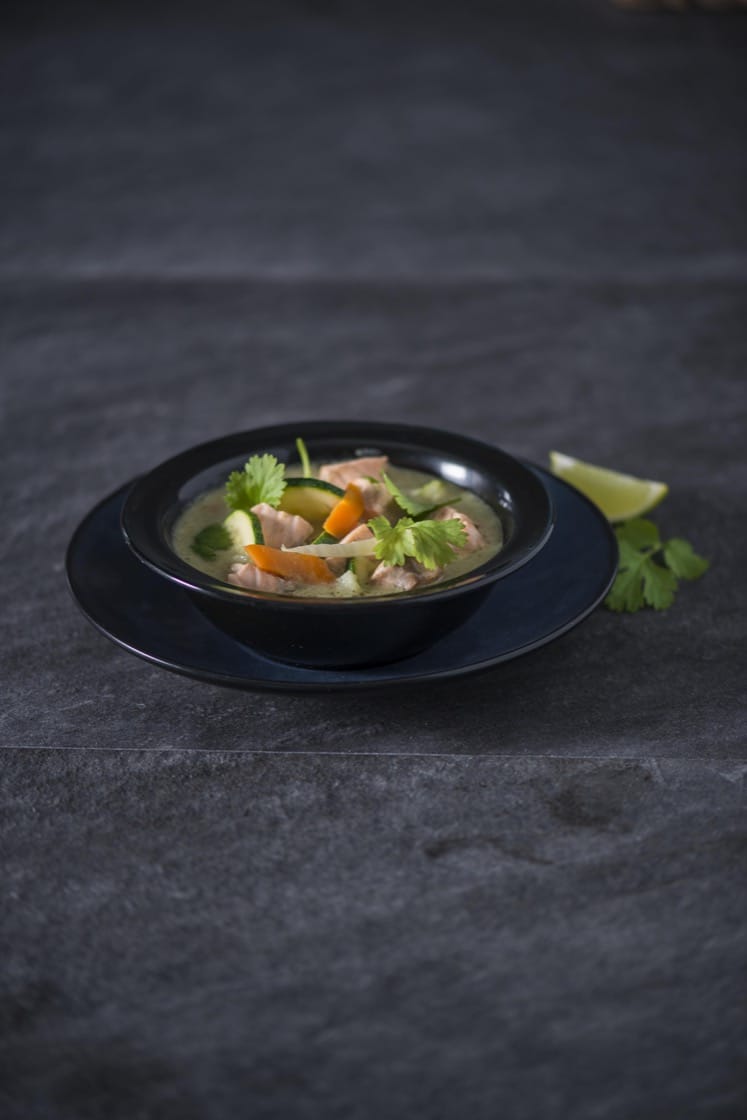 “Instead of bringing salmon to the world like what Norway has been doing, I am bringing a whole new world of flavors to salmon,” he says.

Salmon soups include a Mexican soup with avocado, corn, chile and tortilla chips and there is also Thai green curry with salmon (left). Pink Fish stays on trend by introducing poké bowls, the popular Hawaiian dish made of raw salmon cubes tossed with Asian-inspired dressings like yuzu and miso.

Salmon Takes on a World of Flavors

Pink Fish’s international flavors are inspired by Skeie’s overseas trips. It was in Thailand that the idea of a Thai green curry with salmon struck. On a recent trip to cook for a trade dinner in Singapore, he picked up the idea of serving grilled salmon with char siu sauce.

Having won one of the world’s top cooking competitions, it is surprising that Skeie is heading down the casual route. He shares that since he snagged the top prize at the Bocuse d’Or, he has not been working much in the fine-dining arena. “I had a goal to win the Bocuse d’Or award by the time I was 30. When I got the award at 28, I didn’t have many goals left. I wanted to do something that had a bigger impact and got interested in entrepreneurship.” 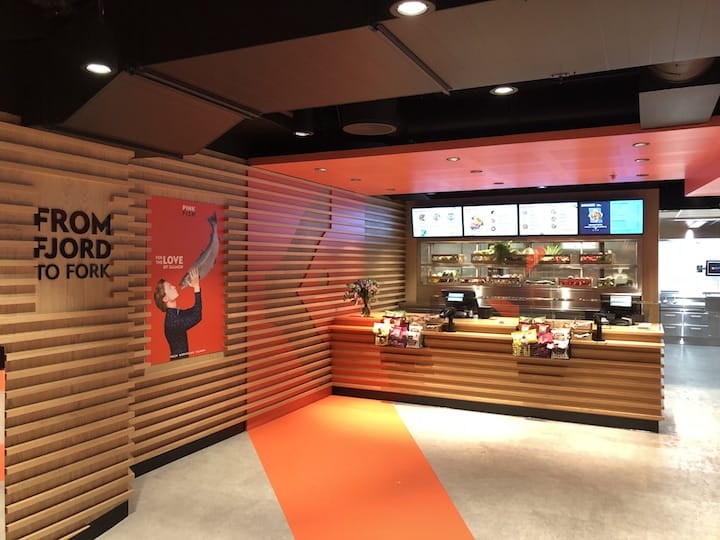 Skeie’s interest in cooking was sparked as early as when he was six years old; he would experiment with baking, making muffins and pancakes, which made him realize that he likes working with his hands. In his teenage years, he watched a television cooking show that featured Norwegian chef Bent Stiansen, who was the first Scandinavian gold medal winner of the Bocuse d'Or.

These days, he runs three restaurants besides Pink Fish. One of them, Brygga 11 (Pier 11), has outlets in his hometown of Sandefjord and Stord that only open during the summer months. The restaurant shares the same premises of a fishmonger who delivers their catch, such as langoustines and mussels that are freshly harvested from the sea.

1. Always check the production date and expiration date of the salmon. If there is a long time between buying and storing the salmon at home, keep it in a cold bag with some ice.

2. Smell the fish—it should not smell too fishy.

4. Salmon can be used in all cuisines. It is good in a curry and also in a burger. Use it in the same dishes you would normally use chicken, beef or pork, but do not cook it for too long—just two to three minutes is enough for a stew or soup.

5. It is better to undercook salmon as overcooking will make the meat dry and rubbery.

All photos are courtesy of Pink Fish.

5 Ukrainian Ingredients to Stock Up On

Poaching fish at home is a relatively easy affair—it’s all about knowing how to flavor the poaching liquid.

We’re celebrating the milestone with the launch of the Nordic Guide digital platform.