Mention Korean food and popular dishes from South Korea—from bibimbap to bulgogi—spring to mind faster than one can think of the name of the hottest K-pop band. From food to celebrities, music to K-dramas, a vast majority of Korean culture that the world is familiar with comes from the South.

This is not surprising as North Korea is one of the world’s most reclusive countries; information access to its 26 million citizens is tightly regulated.
With the highly-anticipated summit between President Trump and Kim Jong-un taking place earlier this week on the resort island of Sentosa in Singapore, we dish out five popular dishes that originated in the North Korea: 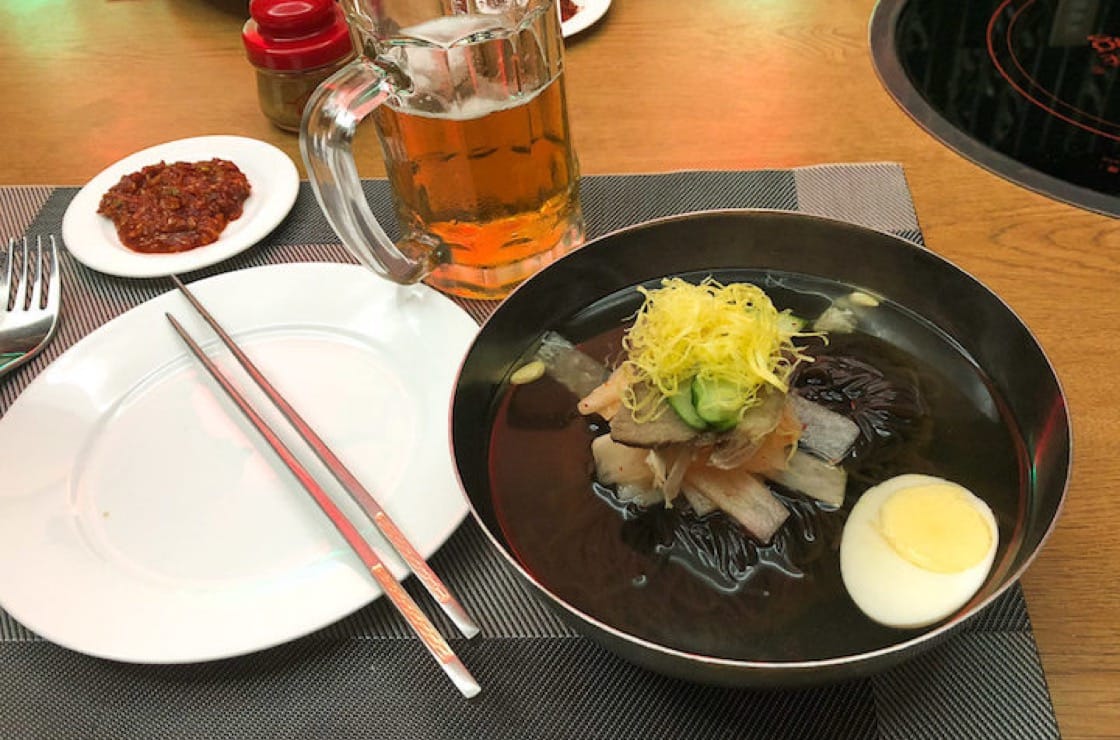 The cold buckwheat noodle dish hailing from Pyongyang, which is known as naengmyeon in South Korea, took its spot on the world diplomacy stage when Kim Jong Un reportedly took it along with him when he met South Korean president Moon Jae-in at the landmark Korean Leaders Summit in April.

According to media reports, Kim Jong Un said: “I’ve been checking the news and people are talking about food a lot. So I brought some Pyongyang cold noodles for President Moon to enjoy.”

The iconic raengmyon can be easily found in every major restaurant in the capital and is a popular summer dish. Diners dip buckwheat noodles in a bowl of chilled broth that is brewed with beef, pork and chicken. Slurp up the noodles with strips of meat, kimchi, pickles and cucumber that are typically sliced into the shape of willow leaves. 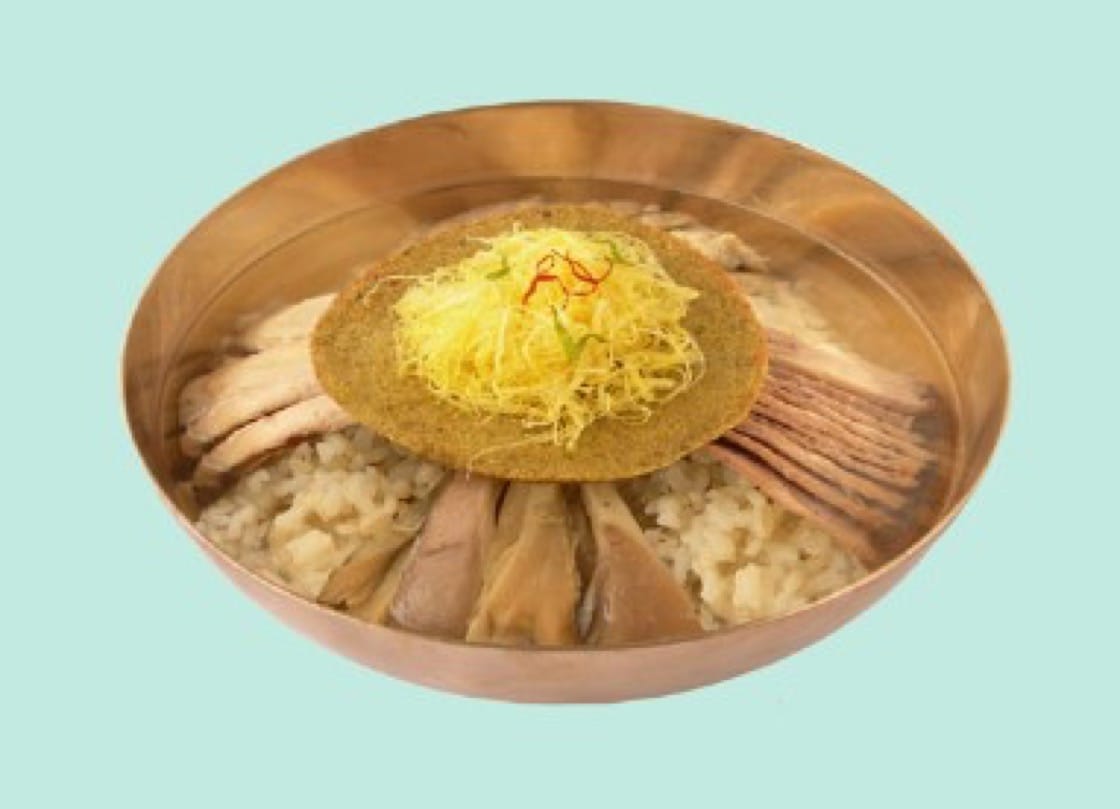 This comforting one-meal dish is a must-have during weddings and holidays in North Korea. The dish features rice, shredded chicken, dried mushrooms, chopped leek and minced garlic and soaked in warm chicken broth, and topped with a green bean pancake that is garnished with shredded egg.

Legend has it that this dish was accidentally created when a wife wanted to bring food to her husband in prison but was in a hurry, so she put together leftover rice, fried pancakes and soup in a dish. 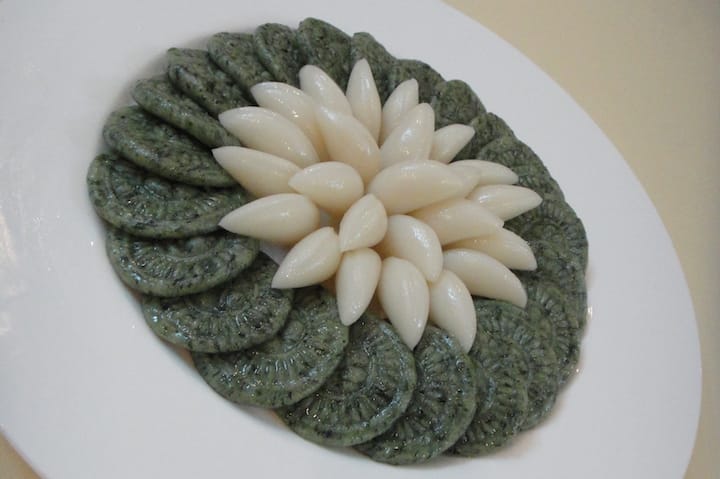 A favorite North Korean dessert, these crescent-shaped glutinous rice cakes are stuffed with a wide range of sweet or semi-sweet pastes, such as red bean, green bean, chestnuts, jujube and sesame seed. The fragrant parcels are steamed with pine needles and garnished with sesame oil. 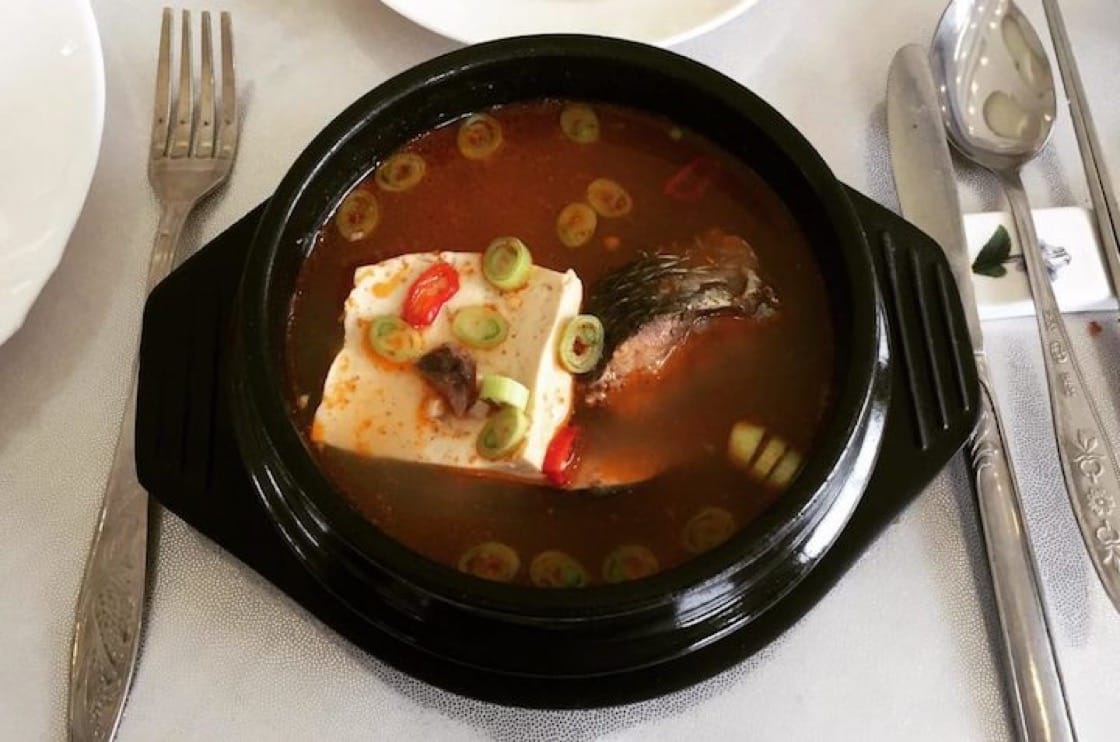 Taedong River, the main river that cuts across Pyongyang and passes its many landmarks, is famed for being home to the grey mullet. The soup is simple to rustle up—boil slices of the fish in water, soya sauce and black pepper. The dish is so synonymous with the capital city that the colloquial phrase, “How was the trout soup?” is said to mean, “How was your trip to Pyongyang?” 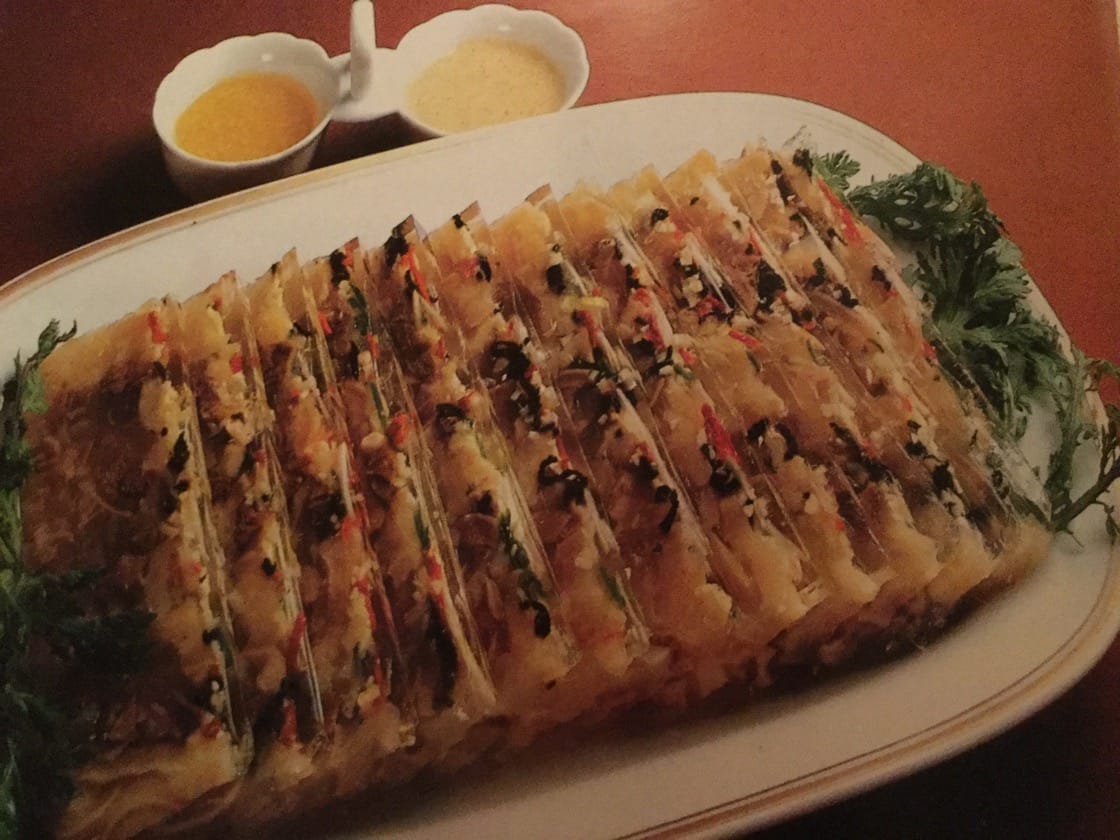 Aspic is a savory gelatinous jelly that is made from simmering the bones of fish, chicken or beef, and packed with a wide variety of ingredients from meat, fruits and vegetables. A popular treat in Russia, aspic has been given a North Korean spin with the addition of ox trotters, and mixed with egg, mushrooms, red pepper, leeks and ground pine nuts before being set in a wobbly block of jelly.