The Rise of Economic Pressures in the Bay Area

High rents are just the tip of the iceberg.

Last month, Jason Fox, chef and owner of San Francisco’s MICHELIN-starred Commonwealth, closed his restaurant. And in the past nine years, Fox has done something rather uncommon: he managed to donate a portion of sales—more than $400,000 in total—to local charities. All the while, he weathered the doubling of food expenditures. He had also been forced to get creative to fully staff his establishment (like enlisting a server’s boyfriend or girlfriend as a last-minute host). Now, this latest blow is one Fox is unsure he’ll come back from.

When his lease was ending, Fox faced a near doubling of his rent to $9,000 a month. Negotiations with his landlord had broken down. Realtor Touchstone Properties, which did not return phone calls, had already listed the property on the market well in advance of closing. For this 35-seat restaurant known for distinctive dishes such as carrots roasted over hay and garnished with salted date ice cream, it spelled the end—at least at this location.

“We built this,’’ says Fox of the Mission District property that was previously a doughnut shop, then a Mexican restaurant before Commonwealth. “We tore it down to an empty box, rewired the place, brought it back to code and built it into a restaurant to bring the neighborhood to where it is today. What the landlord is asking is above market rate. And if it weren’t for places like us, they wouldn’t get that rate.’’

Commonwealth’s plight is emblematic of the daunting challenges Bay Area restaurants are now confronting in a region with the highest housing costs in the nation and a record low unemployment rate below 3%. As a result, it’s been anything but business as usual.

Fed up with unreliable employees, two-MICHELIN-starred Baumé in Palo Alto made the radical decision in 2015 to shrink to only four tables per night and just two employees—chef and owner Bruno Chemel and his wife, manager Christie Chemel. After a 30-year run, one-MICHELIN-starred Terra in St. Helena shuttered in 2018 after it was stretched to the limit with constant turnover. At MICHELIN-starred Protégé in Palo Alto, executive chef Anthony Secviar and pastry chef Eddie Lopez jump in to wash pots when a dishwasher doesn’t show up.

RELATED: How a Husband and Wife Team Run a Two-MICHELIN-Starred Restaurant All By Themselves (and Stay Married) 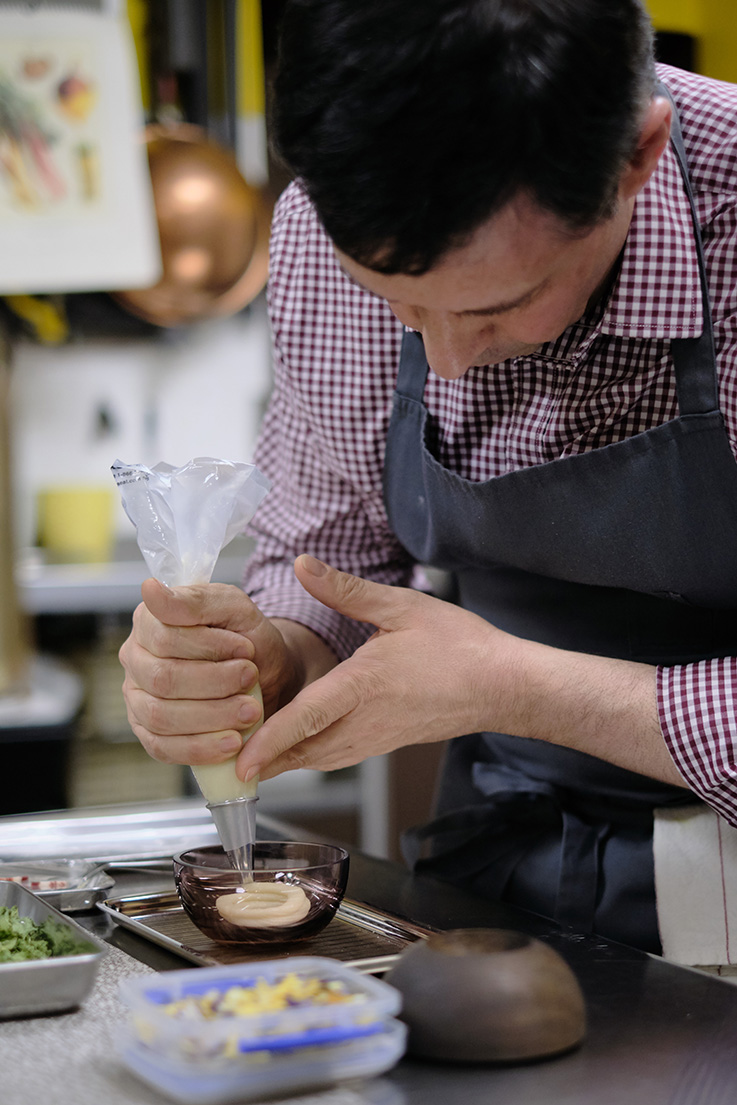 At Baumé in Palo Alto, owners Bruno and Christie Chemel enlist the help of one other employee—their son. (Photo by Bob McClenahan.)

Week after week, Bay Area restaurateurs pepper Facebook with posts desperately seeking executive chefs, line cooks, managers and pastry chefs. A decade ago, Fox would advertise an opening and receive 20 resumes; now, he’s lucky to get a handful. Gwyneth Borden, executive director of the Golden Gate Restaurant Association, the Bay Area trade group, laments seeing former cooks who have forsaken their profession to become Lyft or Uber drivers, and even exterminators instead.

It’s hard to blame them when hourly wages last year in the Bay Area averaged $25.82 for chefs, $16.93 for line cooks and $14.02 for dishwashers, according to Borden. Those annual salaries fall sharply below the $82,000 that the U.S. Department of Housing and Urban Development now considers “low-income’’ in a region where the median rent for a one-bedroom apartment in San Francisco is nearly $3,700 per month, according to rental site Zumper, and the median price for a house in San Francisco is $1.35 million, according to Zillow.

“I think it will get worse before it gets better,’’ Borden says. “Until we get to a place where people are not opening restaurants as rapidly, it will be tough to make ends meet and for places to be fully staffed.’’

At Protégé, even the luster of winning a MICHELIN star in 2018 within its first year of operations hasn’t made it immune to departures. “Restaurant professionals often migrate to San Francisco or the Napa Valley, making hiring more challenging for restaurants on the Peninsula,’’ says Dennis Kelly, Protégé co-owner. “When we do lose staff, it is extremely difficult—often taking weeks at a time—for us to find full-time, dedicated professionals.’’ 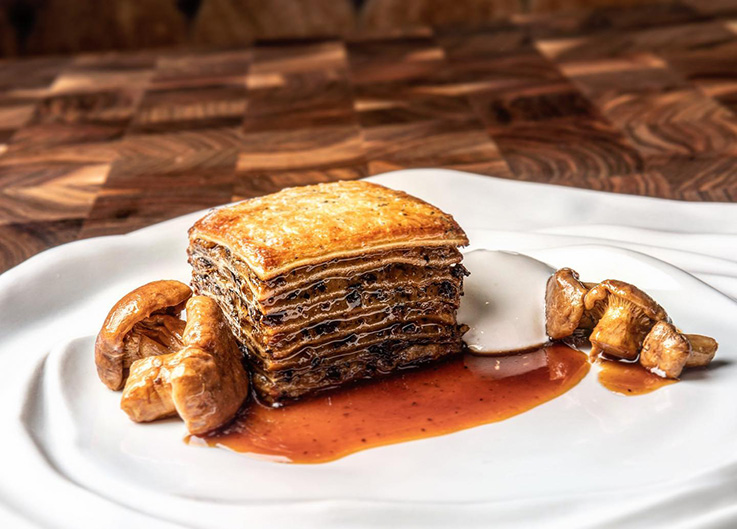 Bacchus Management Company is a rarity that has managed to insulate itself better than most from these vagaries. With two one-MICHELIN-starred restaurants, Spruce in San Francisco and The Village Pub in Woodside, as well as seven other Bay Area restaurants, and the new fine-dining Selby’s that opened in Redwood City in June, the restaurant group considers itself fully staffed. Many of its workers have racked up more than a dozen years, moving up through the ranks.

That loyalty may be due largely to the steps Bacchus has taken to retain full-time employees, ones most restaurants can only dream about. That includes underwriting the cost of public transportation, matching 401(k) contributions, and paying for ESL, accounting, wine education or other classes. Bacchus also owns a luxury apartment in Paris, where any full-time employee can stay—for free.

“Restaurants today don’t just compete with each other but with tech companies that have food service on their campuses like Google and Facebook,’’ says Bacchus founding partner Tim Stannard. “It means we have to work harder and smarter. We have to be more visible about why people should choose us over something else.’’

For at least one company, though, today’s breathless dynamics have proven a boon. San Francisco-based Pared is the online platform founded in 2015 that connects restaurants with line cooks, baristas and dishwashers to fill jobs on demand. In the past two years, its database has swelled from 50 restaurants to more than 1,500 in the Bay Area, which includes San Francisco’s three-MICHELIN-starred Atelier Crenn and Saison. Its directory of workers has increased nearly a hundred fold to more than 40,000 professionals, most of whom are seeking a second gig to supplement their primary restaurant job.

Pared is the brainchild of Will Pacio, a former cook at The French Laundry in Yountville and Per Se in New York. He’s also the founder of the fast-casual Spice Kit eateries in Palo Alto and San Francisco. In fact, it was his growing frustration with employees not showing up to work that prompted him to create this app that allows restaurants to locate extra help quickly and easily.

Indeed, Pacio, already anxious about what may happen when his Spice Kit San Francisco lease comes up, knows all too well the harsh landscape these days. “We would love to grow more Spice Kit locations, but staffing is hard,’’ he says without irony. “It makes you think twice.’’ 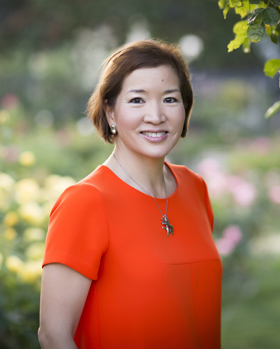