Chef/owner Paul Giannone, along with his pizza chef of four years, Andrew Brown, of Greenpoint’s storied Paulie Gee’s has opened a second location around the corner at 110 Franklin Street. At the aptly-named Paulie Gee’s Slice Shop, slices are served on paper plates, groups squeeze in to orange booths over black-and-white checkered floors and the wood-panelled walls are scattered with Yankees yearbooks dating back to 1968.

It takes you a generation back—to a more sparse, less self-conscious menu—offering, for instance, just lemon and spumoni ices for dessert, served in the same white paper cups from your childhood. 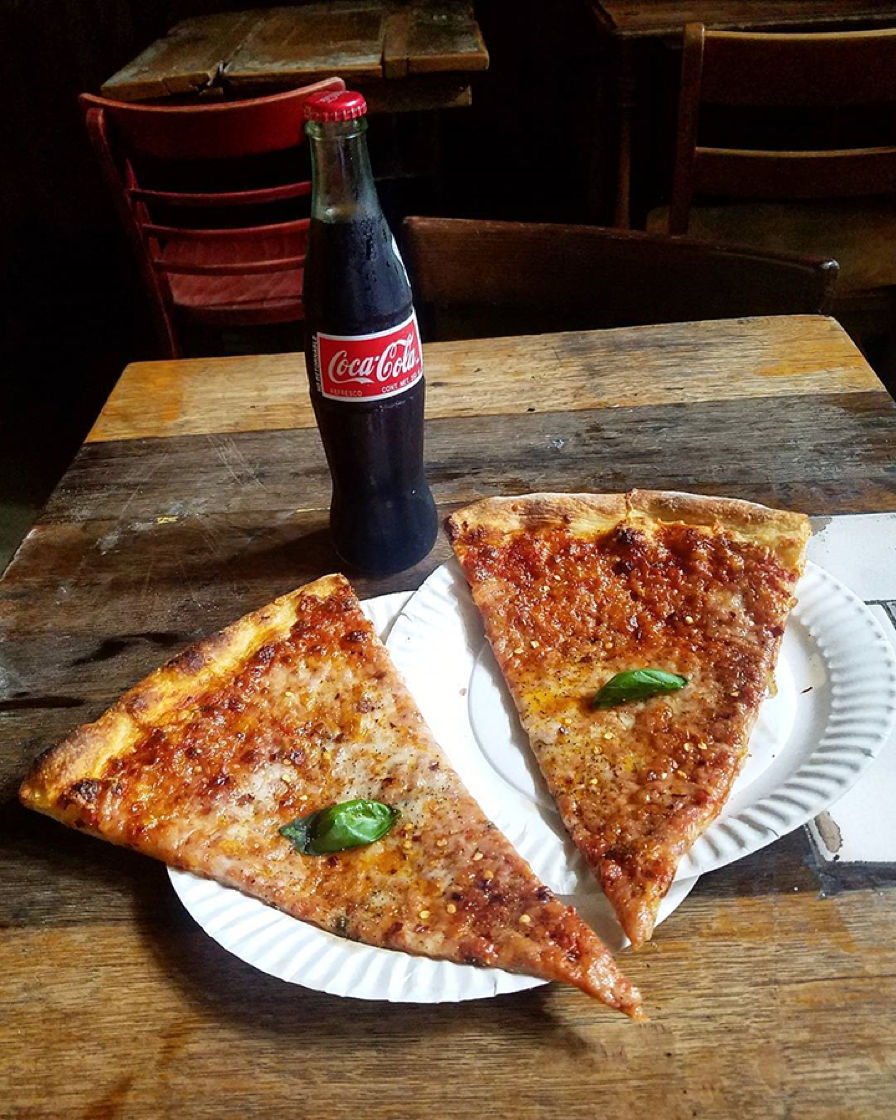 There are zero head nods to contemporary food culture; slices go for $4 on average and guests can order among six pies, no special orders: two cheese versions, one sausage, two pepperoni pies (featuring Ezzo Sausage Co. pepperoni, and with or without Mike's Hot Honey) and an upside-down Sicilian pie (meaning the cheese goes on before the tomatoes) made with fresh mozzarella, tomato sauce, Pecorino Romano and sesame seeds on the bottom.

Like its first location, Paulie Gee’s Slice Shop serves nearly an equal number of vegan pies, both square and round, featuring Brooklyn-based NUMU vegan mozzarella (also served at Ravi DeRossi’s Ladybird in Greenwich Village) at a similar price (whole vegan pies range from $28 to $30, versus $22 to $28 for non-vegan options).

As for other new gen health concessions, the shop currently upholds a light-hearted “most certainly not” policy. On the FAQ section of the website, “Will you have gluten-free options?” is humorously answered with, “We will have soda.”