A delicious cultural guide to living up ‘la dolce vita’ .

Live your sweet life, and eat it too. If there’s one thing the Italians do well, it’s the art of la dolce vita. And that’s coming from the country that gave us everything from pasta to Prada, Michelangelo to Maserati. Made famous by the film of the same name released over 60 years ago, the phrase describes a way of life that’s all about living meaningfully and in the moment.

In a destination where food is very much a marker of cultural identity, locals and visitors savour life in good taste with the simple pleasures in life, and enjoy spending quality time with friends and family over fine food. Italians also celebrate their love of life with festivals, which always come with corresponding culinary highlights ranging from a traditional Zampone pork sausage during Christmas to an Easter Colomba cake.

Here are four excuses to celebrate – and eat – like a true Italian. 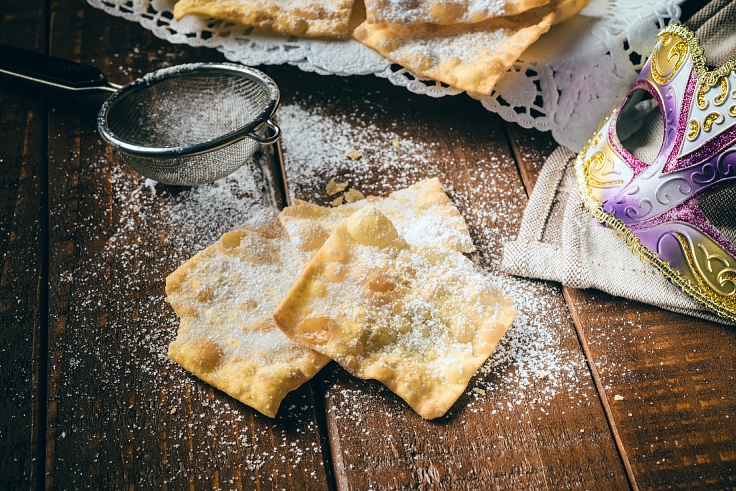 Carnevale
Celebrated across Italy, Carnevale may be more known on the international stage for its elaborate masks, fancy costumes and parades, but food is very much part of the festivities. The name of the annual festival derives from the Latin term to mean “eliminate meat” as the event was originally held to offer citizens the last chance to indulge before Lent.

Some of the festival’s most popular desserts are all deep fried, including Crostoli, a crispy fried dough dusted in icing sugar; Graffe Napoletane sugar-coated fried donuts; and Frittelle di Riso rice fritters. Who said you can’t have your cake and eat it too? 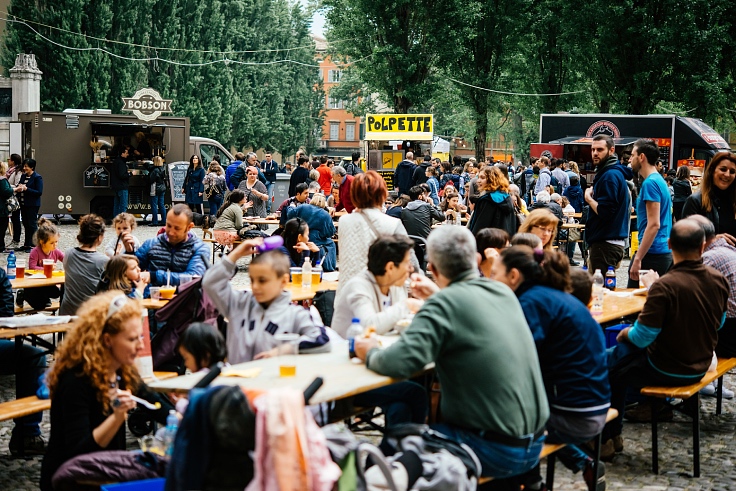 Sagra
It goes to say Italians like their food. MICHELIN Guide Italy 2022 included a record number of 378 Stars, one of the most awarded countries in the world! From the local pizzeria to MICHELIN Starred restaurants, there are plenty of options to eat well, but to celebrate the good life like a true Italian, eat traditional food at a sagra.

These local festivals take place throughout the year – though they are more prevalent during the warmer summer months – and are dedicated to patron saints and/or food. In Tuscany, one of the most anticipated is the Ranocchiocciola Festival in Lucca which highlights snails and frogs in July, and the Sagra della Bistecca Chianina in Cortono which shows off the prized Indicazione Geografica Protetta (IGP) beef the following month.

A favourite with thirsty locals and tourists, Sagra dell'Uva di Marino sees the Monument of the Four Moors in Livorno gush white wine instead of water in celebration of the annual wine festival typically held on the first Sunday of October. 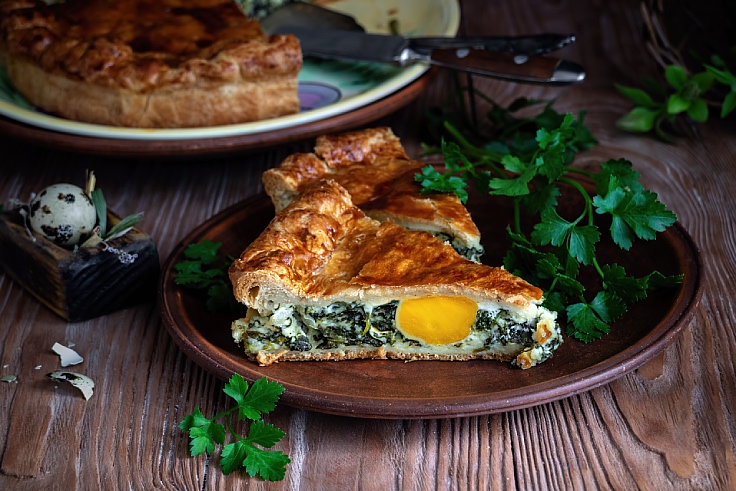 Pasqua
Forget bunnies and egg hunts, Easter in Italy is celebrated with church masses and ancient traditions starting from Good Friday, followed by feasting on Easter Sunday and Pasquetta (the day after Easter Sunday, also a national holiday).

Colourful processions take place across the country, but the longest religious festival in Italy – Processione dei Misteri di Trapani (the Procession of the Mysteries of Trapani) – takes place on the island of Sicily. From 2 PM on Good Friday, statues and sculptures are paraded with fervor through the streets of Trapani in a moving procession lasting approximately 24 hours.

Festival rituals continue with food, with famous Italian easter fare including Torta Pasqualina, a savoury pie commonly stuffed with greens, cheese, and eggs; a braided Pane di Pasqua bread; and Colomba, the Easter answer to the Christmas panettone but shaped like a dove and featuring candied orange peels instead of dried fruit.

RELEVANT: Pasta Lovers, Take A Quick Trip To Italy At These 6 MICHELIN-listed Restaurants 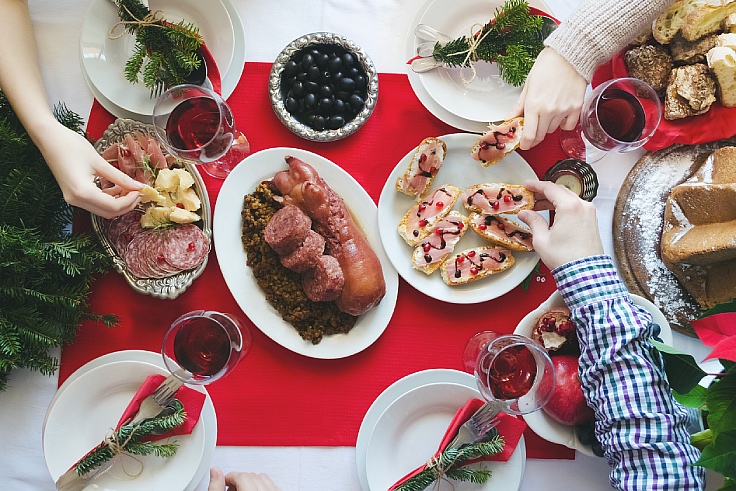 Natale
Panettone, Pandoro and Panforte may have seeped into Natale (Christmas) celebrations across the world, but there’s much more to indulge in during the most wonderful time of the year in Italy. The holiday is celebrated differently across culinary regions, but wherever you are, you can always enjoy great food in abundance and a great atmosphere.

Seafood takes centre stage for the Feast of the Seven Fishes on La Vigilia di Natale (Christmas Eve) with dishes featuring the bounty of the sea with popular seafood such as Capitone (eels) and Baccalà (delicious salted cod fish).

The real feast begins the day after, with dishes like roast Capon (rooster) with stuffing, the festive duo of Cotechino pork sausage and Zampone stuffed pig’s trotter. In Tuscany, revellers also enjoy a ricotta and spinach stuffed crepe roll dish called Crespelle alle Fiorentina as part of the Christmas celebrations. 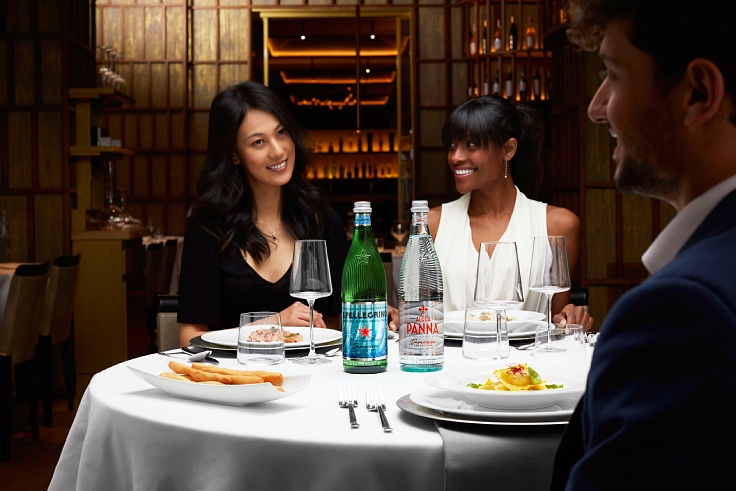 Elevate special moments like these with the gentle bubbles of S.Pellegrino sparkling natural mineral water and the unmistakable taste of Acqua Panna natural mineral water from Tuscany. Even if you are not in Italy, you can still take the time to appreciate what life has to offer and seek out your own la dolce vita ​​guided by the Italian gastronomic icons. Start at these MICHELIN-listed venues, where the chefs’ choice of water enhances tasteful moments for an unforgettable experience with your family and friends.

This post is brought to you in partnership with S.Pellegrino