As the MICHELIN Guide celebrates fine food and fine ingredients, it naturally figures that truffles would play a big part of any MICHELIN-Starred restaurant and chef’s repertoire, as they are one of the revered gourmet stars of the world of gastronomy. Sometimes referred to as the “diamonds of the kitchen,” not only do the often-mysterious tubers have an extremely interesting history, but they also have a pretty nifty present, especially regarding developments here in Thailand.

Truffles (and just to be clear, we’re not talking here about those chocolatey things you eat for dessert), are a hypogeous fungus that belongs to the tuber genus. They grow underground, primarily near the roots of oak and elm trees, and look rather like a warted, gnarled piece of ginger. There are references to truffles being used in diets as far back as the ancient Sumerian culture back in 1600 B.C., and they were widely popular amongst both ancient Roman and Greek civilisations as well. 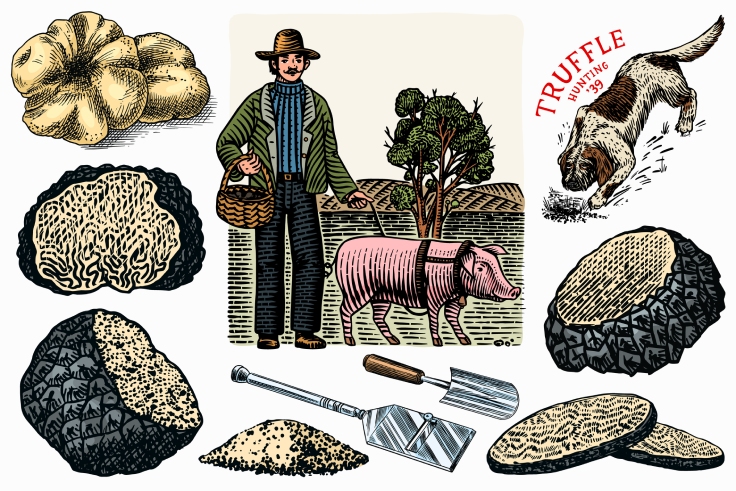 The traditional way to search for truffles. (© iStock)

Truffles are highly unique in that they have a symbiotic relationship, known as mycorrhiza, with the trees and roots they grow next to and under, meaning that they cannot outcompete their host without dying, just one of the reasons why they are so rare (and thus so pricey). Additionally, hidden under soil, truffles have always been extremely hard to find. When modern truffle techniques started, female pigs were originally used to uncover them, as the sows had a superior sense of smell and as the truffle actually smells like male testosterone to the lady swine! However, pigs tended to eat the truffles once they found them, and thus they’ve subsequently been replaced by trained dogs to sniff out the prized tubers. The dogs are trained from when they are puppies to recognise the musky scent of the tubers, and then lead the truffle hunters to the right spots from where the digging begins.

Given the hard work involved, one can see why truffles are so pricey. Black truffles sell for up to USD$3,500 for one kilo, while the famous white truffles (which until now were only found around Alba in the Piedmont region in Italy) go for almost double that. All this spells good news for potential Thai truffle farming, as researchers from Chiang Mai University found a truffle they’ve named Tuber thailanddicum, as well as the Tuber magnatum, which is the same as Alba’s favoured fungi, paving the possible way for Thailand to become a purveyor of the mighty earthnut.

READ: Northern Thai Food and Nature: The Role of Natural Materials Inside the Kitchen
Advertisement
Advertisement 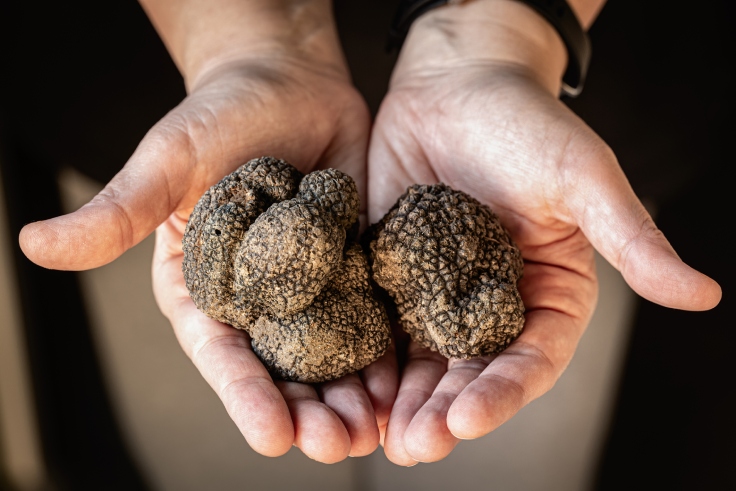 Chiang Mai University researchers, Prof. Dr. Saisamorn Lumyong, Dr. Nakarin Suwannarach and Dr. Jaturong Kumla were given permission to work in northern Thailand’s Doi Suthep-Pui National Park studying mushrooms for several years, and one of the team members, namely Dr. Suwannarach, came across the truffles quite by accident. The truffles appeared close to landslide zones and were sent abroad for testing, with their DNA confirming that they were indeed the gastronomic specimens as believed.

Suwannarach says that the Thai truffles don’t grow next to oak trees as in the west, but here in Thailand, are found by a species of birch (Betula alnoides) known as kamlang suea khrong in Thai. Additionally, they aren’t using dogs (or pigs) to dig them up, as this is such a new discovery. For now, the team is keeping samples in the lab and breeding them for future commercial use, although it will probably take some time until they become part of “home-sourced” ingredients on Thai MICHELIN Guide tables. 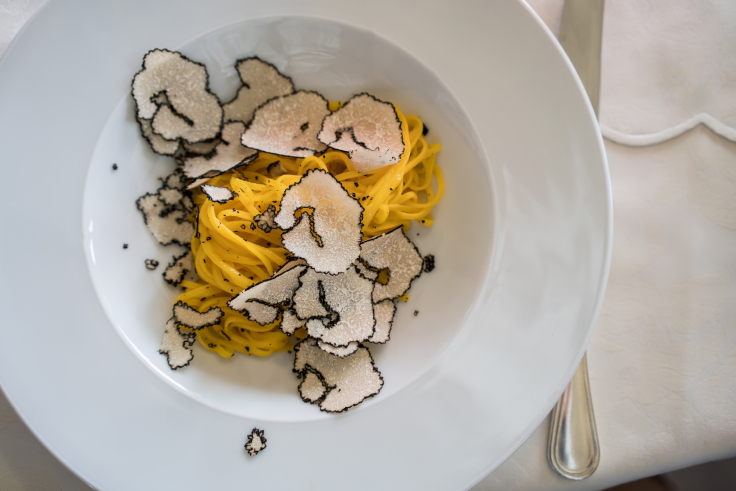 Don’t fear though, you can still find the prized fungi gracing some of Bangkok’s top tables.

La Dotta (MICHELIN Plate, MICHELIN Guide Thailand 2021) dishes up truffle, sage & ricotta deep-fried balls with two year-aged Parmigiano Reggiano fondue, while at Il Fumo (MICHELIN Plate, MICHELIN Guide Thailand 2021) which features new wave Portuguese cuisine, homemade duck egg tagliolini gets served up with Australian black truffles, and both restaurants put white truffles on the menu when they come into season, as do some of the prestigious MICHELIN-starred establishments as well.

RELATED READING: Why Sticky Rice Reigns In The North Of Thailand 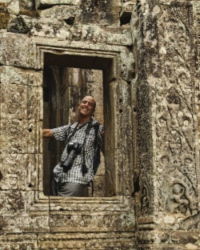 Dave Stamboulis is a Greek-born, American-raised travel writer and photographer based in Bangkok. He spends his time travelling in Thailand and the world in search of hidden escapes. Equally at home in a tent in the Himalayas or an infinity pool on an island, he can't decide what's better, climbing mountains or the craft beer that follows. Dave is the author of the unique Hidden Secrets of Bangkok guidebook, which explores everything from MICHELIN Stars to the back alleys of China Town, and a regular contributor to publications throughout Asia.

Discover the flavourful secrets of the world’s famous crescent-shaped pastry.

From Farm To Fame: Northeastern Thai Women In Belgium Win A MICHELIN Star

How five girls from Northeastern Thailand shaped Boo Raan into one of the best restaurants in MICHELIN Guide Belgium and Luxembourg.

The Culinary Past, Present, And Future As Seen Through MICHELIN-listed Restaurants

What does the future hold?