The First Day We Got Our Stars: Jeremy Gillon

At elegant French restaurant JAG in Singapore, Gillon throws a spotlight on rare, fragrant herbs from his hometown in Savoie.

Chefs have to wear many hats these days: farmers, scientists, ambassadors -  and even librarian, in Jeremy Gillon's case. The chef-owner of restaurant JAG keeps a "herb library" —  an edible catalogue of 40 types of indigenous herbs from Savoie in the French Alps — that takes pride of place in his intimate 26-seat dining room. Each dish is presented with jars of spices rarely seen outside the region like apricot-scented coucou flower petals, grains of thym citron and ortie leaves that smell uncannily like a seafood stock.  Together, they set the stage for the Alps-inspired culinary adventure the Normandy-born chef wants to take his diners on.

By adopting the Japanese "omakase" concept of leaving the decision to the chef to JAG's French cuisine, Gillion and his business partner Anant Tyagi hope to create an atmosphere where diners can relax as if they were at home. It also gives Gillon a free hand to spotlight the herbs in his recipes, which results in unique creations and wholly new flavours for local diners, he says. 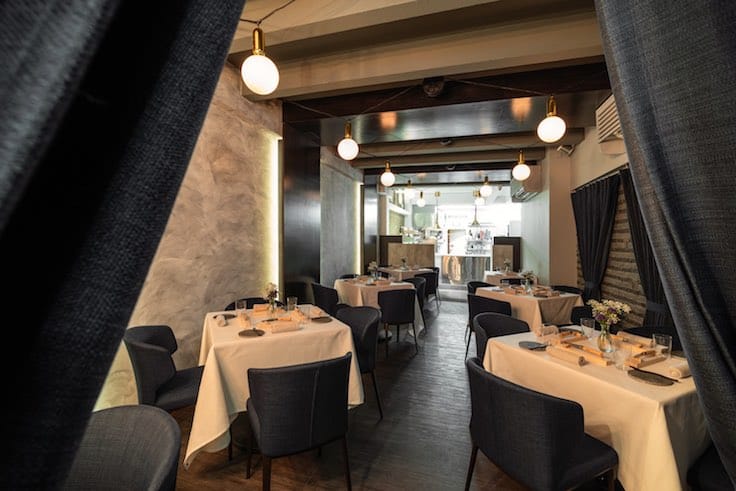 The interior of JAG (Pic and banner pic: JAG)
Opened for less than a year, JAG received a MICHELIN star in the latest MICHELIN Guide Singapore 2019 in the Star Revelation ceremony held on September 17. But this is not Gillon’s first brush with Michelin stars. Prior to relocating to Singapore, he helmed restaurant L’Epicurien in Le Montana hotel in Val Thorens in the French Alps, and led the restaurant to receive a MICHELIN star in 2015.

For four years, the Frenchman shuttled between Singapore and France every six months as he double-hatted as a chef in ME@OUE and L’Epicurien till the latter closed in May 2016. After his ME@OUE stint, he headed French restaurant Audace in Wanderlust Hotel for more than a year. In February 2018, he served as the chef for French team at the PyeongChang Winter Olympic Games in South Korea before heeding the call to return to Singapore to start JAG.
Advertisement
Advertisement 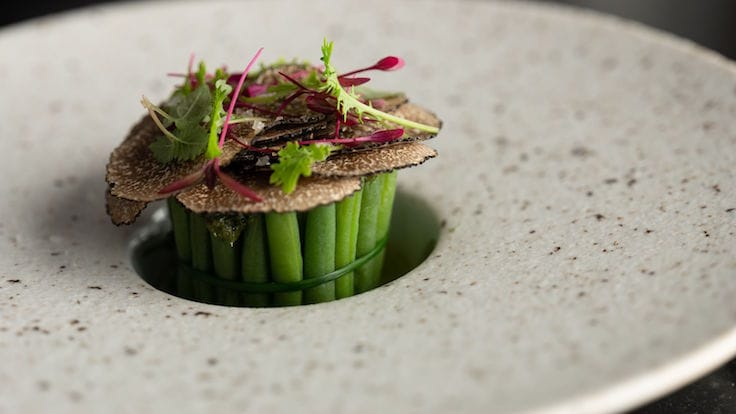 Gillon employs the use of indigenous French herbs from the Alps for his cuisine (Pic: JAG)

Gillon shares what it was like to receive the MICHELIN star for JAG in the country he has called home for the last six years.

What was your first encounter with the MICHELIN Guide?
It was briefly mentioned during my years in school and when I just started out in the F&B industry. The first encounter that I had with the guide was in 2001, when I started working at Los Loges in Lyons. I was 20 and fortunate to be working for French chef Nicolas Le Bec. During the time I was there, the restaurant was awarded its first ever MICHELIN star. It was an amazing experience and I witnessed first-hand the effect a MICHELIN star has on a team and diners.

What was it like for you when you first received a MICHELIN star for L’Epicurean in France?
There is nothing like it! There are so many great restaurants and chefs in France and when I received a call informing us that we had received the recognition, I was shocked. I couldn’t believe my ears and I was still in shock during the award ceremony itself. When we were invited on stage, the feeling of standing amongst the giants in the culinary world I have only dreamt of meeting was just amazing. It was an affirmation by the culinary world.

Also, L’Epicurean is located in the skiing resort of Val Thorens high in the French Alps and our operations was seasonal, to accommodate the skiing season. It was a pleasure for our team to create menus for local French and visitors from all over the world who came to enjoy our winter season, the snow and the beautiful Alps. And to get the star at L’Epicurean means that even the most remote locations will get gourmands and food reviewers intrigued – as long as your food is exciting! 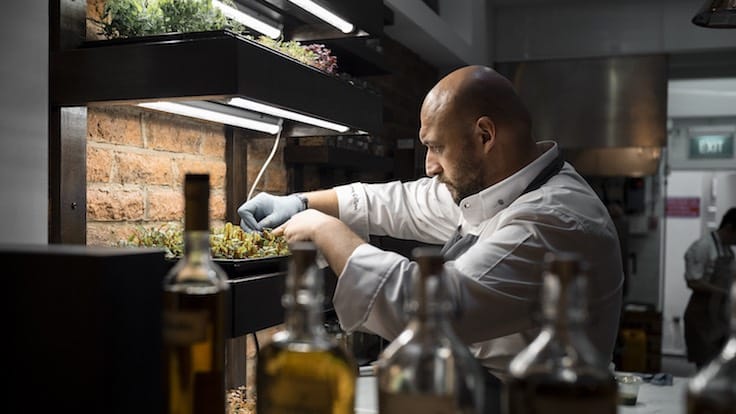 Gillon's display of herbs and open kitchen give diners a sense of home (Pic: JAG)
How different was it when JAG first received a MICHELIN Star in Singapore in September 2019?
We received our official invite two weeks before the ceremony. We were excited but clearly didn’t want to make any assumptions. To have our restaurant name announced was unbelievable. It is very hard to describe the exact feeling. I have made many friends in the culinary scene here and to be there with your friends, receiving a star together was really special. It is a real honour to be awarded a MICHELIN star [in Singapore], my home for six years.

It also meant a great deal as a team. Each member has worked extremely hard since the day we opened to deliver the best. And with the help of our partners, suppliers, food reviewers, media, we were being acknowledged for our commitment. Receiving the star is very gratifying and we are still reeling from the wonderful recognition. 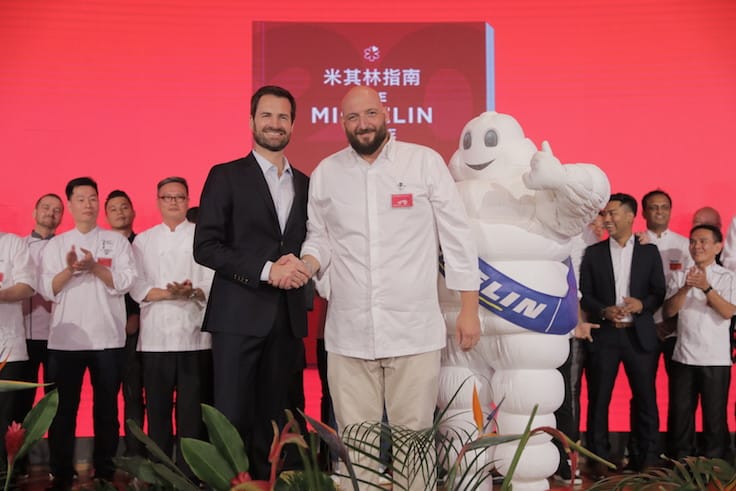 As a chef, what does having a MICHELIN star mean to you?
It is the ultimate mark of success from such a globally recognised culinary platform. I’m humbled and proud of what we have achieved. Incredibly important too, is that I am able to share my skills, knowledge and passion with my team and the next generation of cooks. To me, being awarded a star is not the end. We have to continue to improve and be better and prove that JAG is indeed worthy of the star.

What advice do you have for young chefs?
There are no short-cuts! Be patient, listen, learn from your mistakes, appreciate the importance of teamwork and you will be rewarded. Most importantly, passion and striving for excellence will get you far.