Once a common sight outside cinemas and markets, the local road-side snack institution is vanishing.

Parked at the entrance of Peace Centre in Selegie Road is the last bastion of Singapore’s yesteryear snack culture. Over the past two decades, a humble pushcart peddling an eclectic assortment of kachang puteh (“kachang” refers to nuts and “puteh” or “putih” means white in Malay) has remained a fixture along the bustling street.

Simply known as “Kachang Puteh”, the metallic pushcart is crammed with 20 types of nuts, legumes and crackers that are housed in bright red-capped bottles. Popular nibbles include cashew nuts, tapioca fritters, sugar-coated peanuts, prawn sticks and murukku. For those who prefer to pop something warm into their mouths, there are also lightly-salted boiled peanuts and chickpeas that are served warm from an electric steamer. Customers can pick and choose which munchies to fill up their folded paper cones (from $1 for two types of snacks).

Mending the stall is Amirthaalangaram Moorthy, a third-generation kachang puteh seller, who arrived here in 2004 from his native Tamil Nadu to continue his family business. The Singapore permanent resident hails from a family that has a long-standing history with kachang puteh. The 51-year-old says that many kachang puteh sellers live in his ancestral village in southern India due to the abundance of nuts grown in the area. 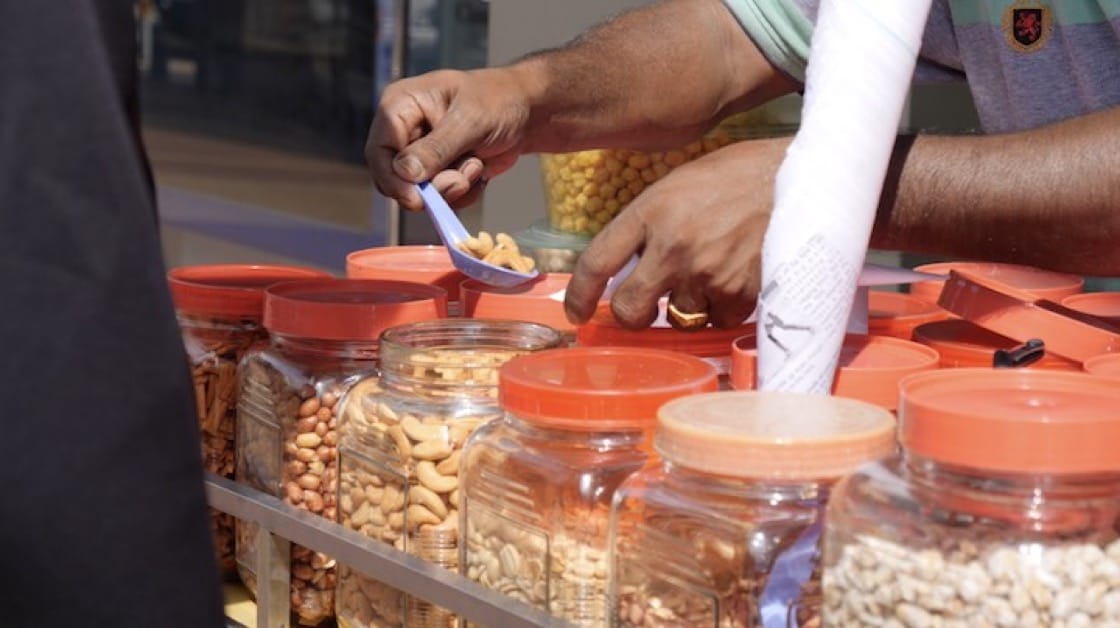 More than 20 nuts, legumes and crackers are sold at Moorthy's kachang puteh stall. (Credit: Michelin Guide Digital)
His grandfather, who migrated to Singapore, used to peddle the snack around the kampongs in Hougang in the 1960s. His father continued the business and was a familiar sight among peckish cinema-goers at the Hoover Theatre in Balestier, where many Tamil movies were screened. In 1996, the theatre was demolished and the stall moved to Peace Centre a year later.

Why is the kachang puteh trade fading out? He says: “Usually fathers would pass their skills to their sons, but most people do not want to continue this as it is a difficult business.”
Advertisement
Advertisement 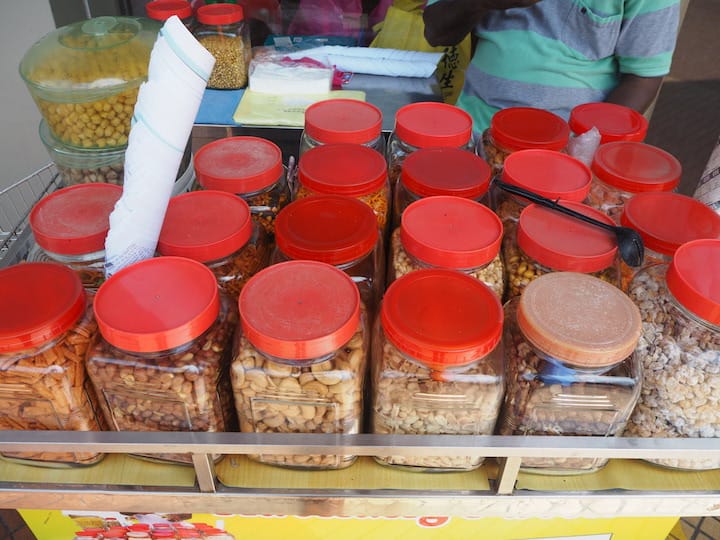 Moorthy prepares and seasons some of the kachang puteh items. (Credit: Michelin Guide Digital)
One of the main stumbling blocks he faces is the long hours. He wakes up early to prepare the various snacks before opening for business from 11am to 8pm on Mondays to Saturdays. The busiest period, he says, is in the evenings when office workers, who work in the vicinity, crave something to munch on the go.

During his rest day on Sundays, Moorthy spends four hours preparing and seasoning the snacks and nuts that he buys from a wholesaler. His family works up a sweat, removing the skin from the peanuts, frying the nuts and coating them in seasonings such as satay sauce, sugar and salt.

While business has taken a dip, Moorthy says that his business “can still survive”. It receives up to 300 customers daily with middle-aged Singaporeans, who have grown up with the snack, making the bulk. Occasionally, wide-eyed tourists and millennials would whip out their phones to snap photos of this sight from a bygone era. He sells 7kg of boiled peanuts and chickpeas a week.

“" I prefer to stay on the streets, which is where kachang puteh should be" - Amirthaalangaram Moorthy” 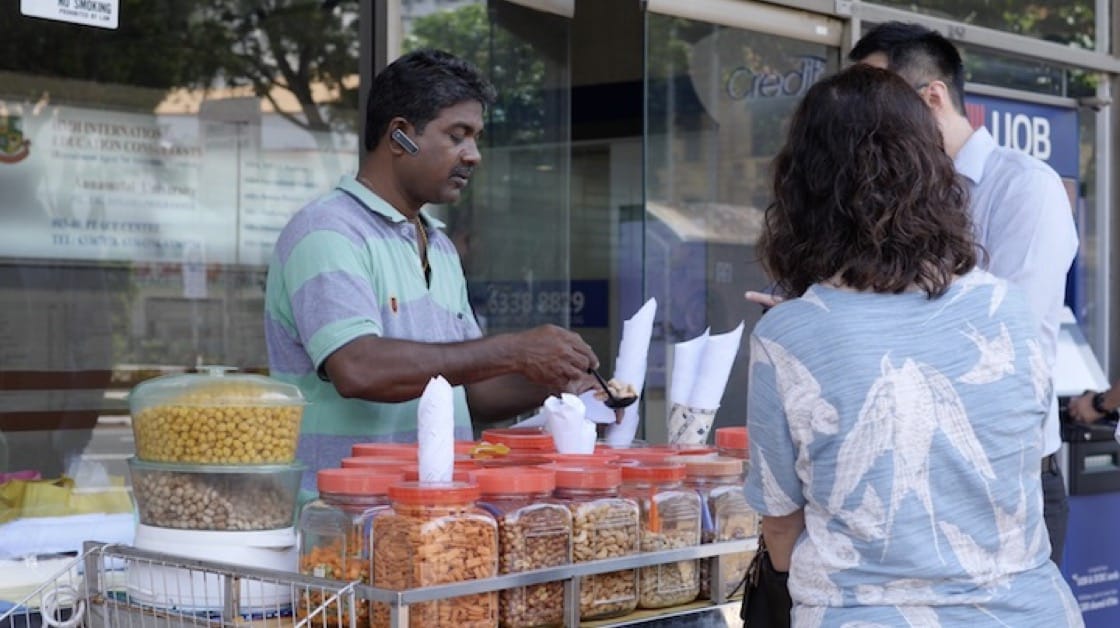 Moorthy is a third generation kachang puteh seller who is from Tamil Nadu. (Credit: Michelin Guide Digital)
Moorthy adds that he makes barely enough to cover his $600 monthly rental in a tight spot that is demarcated by a yellow box that is no wider than the length of five footsteps. Besides the rental, he also has to factor the rising costs of the raw ingredients, which have doubled recently.

Despite these challenges, he hopes to keep his kachang puteh stall open as long as possible. He says with a grin: “I like selling kachang puteh as I want to continue what my father started.” On whether he hopes to move into a shop someday, he shakes his head and says: “Rental is already so high. I prefer to stay on the streets, which is where kachang puteh should be.”