Some of the most formative years of chef James Park’s career were spent cooking wild game like buffalo and oryx in South Africa and delving deep into the bounty of the seas surrounding South Korean island Jeju, where he once worked at a food lab on one of the island’s luxury resorts.

So, one might be a little surprised to find that Park’s signature dish at his own one-MICHELIN-starred Seoul restaurant Muoki is not designed around an exotic meat or fish, but a simple, humble fruit: the tomato. 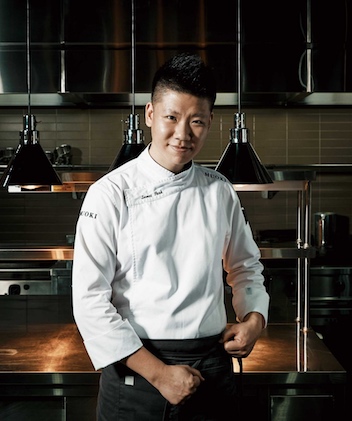 After starting his culinary career in Seoul, Park spent the next several years on the international restaurant circuit, cutting his teeth in the kitchens of the Hilton hotel in Washington, D.C., Heston Blumenthal’s The Fat Duck in London and Quay in Sydney, Australia.

But the time that left the deepest impact on him, he says, was the five years he spent working with chef Luke Dale-Roberts at The Test Kitchen in Cape Town, where he developed global dishes with South African ingredients and twists. “Cape Town was where I grew from a commis cook to a real chef, where I learnt how to develop new ways of cooking and how to manage a restaurant.”

Park then made his foray into exploring the produce of the sea. He spent two years working on the South Korean island of Jeju, known for its pristine beaches and fresh seafood. “My experiences in all these different countries widened my view. There was so much to learn from all the various cultures, from ingredients to cooking techniques,” he says. “I spent a lot of time studying how to apply those experiences into cooking so that I can cook more outstanding, delicious food.” 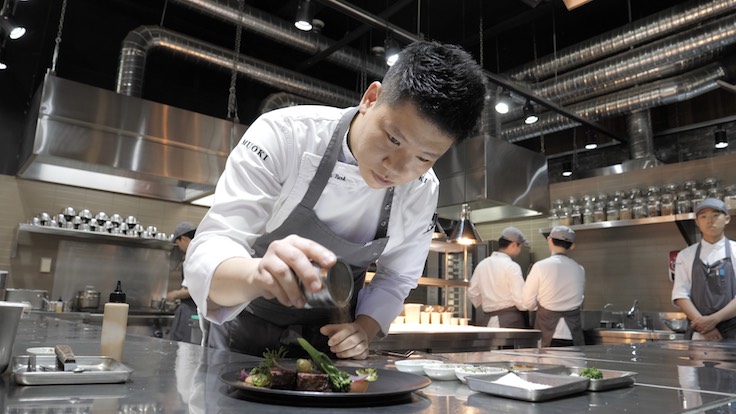 In 2017, Park returned to Seoul and opened his own restaurant Muoki in the city's trendy Gangnam district. Even though now he is based in a dynamic city where he can have his pick of ingredients from all around the world, he is still insatiably curious about every single ingredient, choosing to probe into one ingredient at a time, just like he did with meat in South Africa and fish in Jeju.

“I’ve been studying this tomato dish for the past four years and I’ve changed it seven or eight times now,” he says with a chuckle. “Though tomatoes are one of the most common food ingredients, I think it has great potential — it’s a versatile ingredient that can be manipulated into many kinds of tastes and textures. I experimented with many varieties of tomatoes and all sorts of cooking methods. I wanted to present the full potential of this one ingredient on a single plate.” 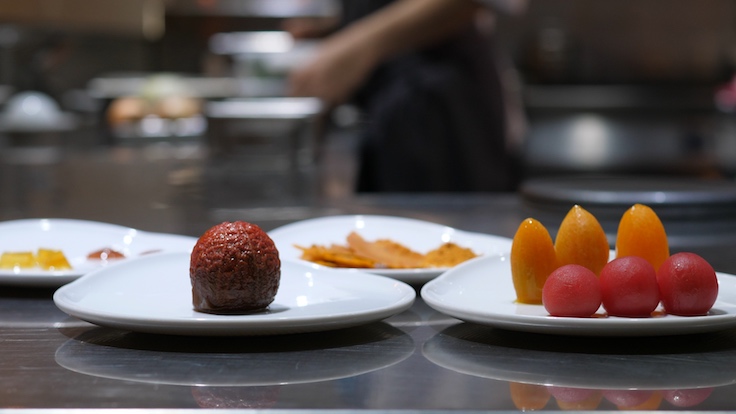 Tomatoes in all its tastes and textures appear in Muoki's signature starter (Pic: MICHELIN Guide Digital)

Some are poached, pickled or slowly wilted in oil to make a piquant confit, others dehydrated and manipulated into chips and powders. In the middle of them all, a quenelle of fresh green basil sorbet ties them together.

“I must have tried more than 10 different cooking techniques with tomatoes but creating a good dish is not just a matter of throwing them all together,” he says of the thought that went into the final creation. “In this dish, I selected specific tastes and textures to get the mouthfeel I wanted: soft and chewy, crispy and creamy, and a melt-in-the-mouth sensation.” 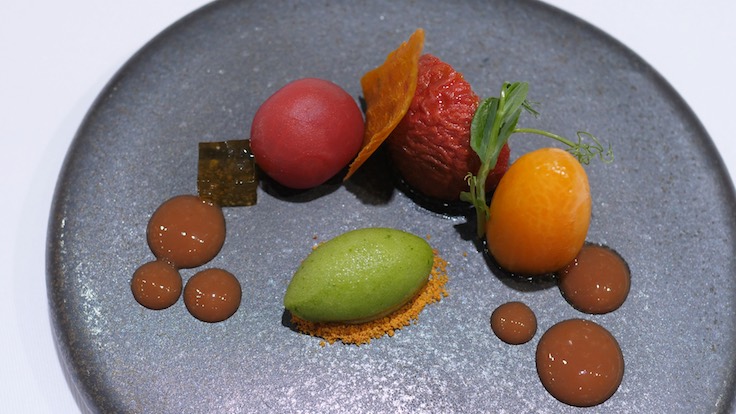 Just a year into opening, Muoki was awarded with a MICHELIN star in the MICHELIN Guide Seoul 2019 selection. Inspectors praised the chef for having “a knack for incorporating new cooking methods into creating a mélange of unpredictable flavours and textures” and singled out his signature dish of Tomatoes Seven Ways as an example of his creativity and insight.

The restaurant’s name translates to “oak tree” in the South African language of Afrikaans, and is a nod to the chef’s straightforward attitude towards cooking. “I’ve always wanted to become a tree-like person whose roots are very deep in the ground so it will not be blown away even in strong wind or rain,” he explains. “I want to have the same strong roots so that I can become a strong person who has a firm direction in cooking and in life.”