Down to the Detail

When it comes to sourcing for the best ingredients, owner of The Naked Finn, Tan Ken Loon, prefers to see it for himself.

“When I want to do something, I need to find out the facts for myself. Not just for seafood, but for anything in life.”

So says Ken Loon, who co-founded The Naked Finn 5 years back at Gillman Barracks with his school mate Willy Tay.

“It is important to really understand what you’re getting, rather than just listening to what others tell you. For conventional wisdom that is passed down in the marketplace, some are true and some are not. So it’s our job to find out what is true and what is not.” He applies this logic to the way he manages The Naked Finn. 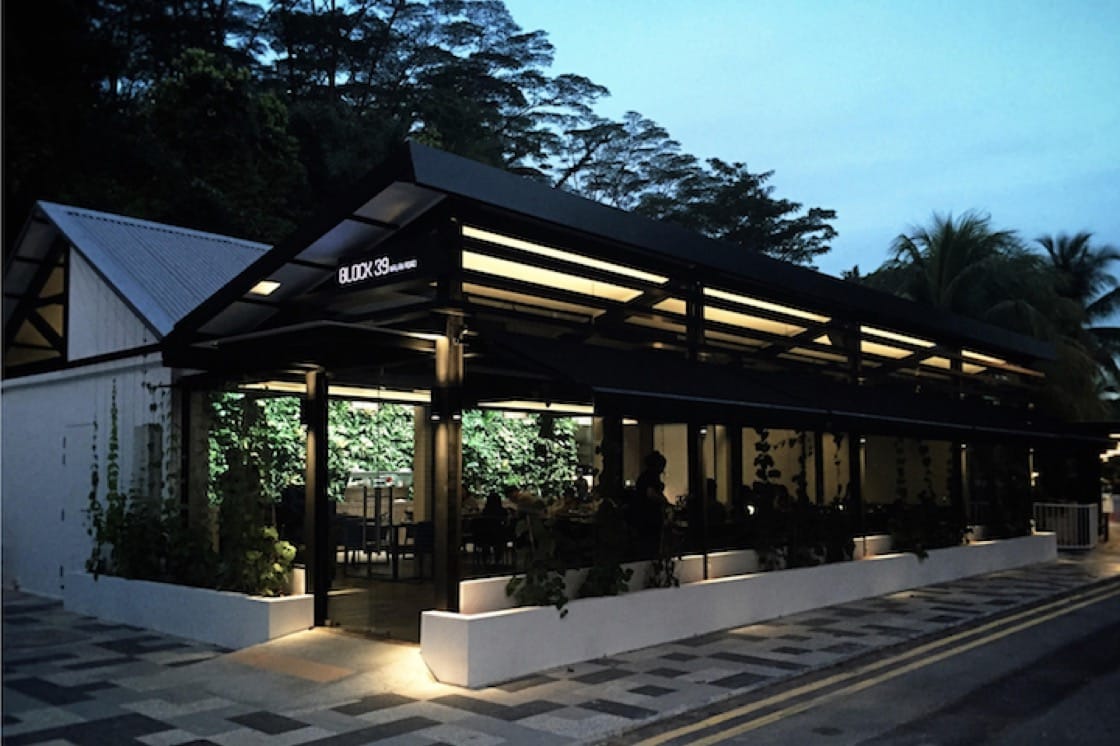 Straight to the source

When The Naked Finn opened in 2013, Ken Loon relied on suppliers to import fresh seafood. But it did not take long before he realised that the information and the quality of ingredients provided were not what they were looking for. It was then that he decided to “hunt on our own for stuff”.

He ventured to the Seafood Expo in Hong Kong, then stepped further out to Seafood Expo Global in Brussels, the biggest in the world. Here he established contacts and rubbed shoulders with the who’s who in the seafood trade - all in a bid to find out “who has better quality stocks”.

He also invested heavily in books.

On a far corner at The Naked Finn, there is a mini library of scientific books; in them, data collected by scientists on technical details, such as the origins, habitat and other vital information on seafood. Coupled with intense research online, Ken Loon was able to hypothesise what certain species taste like and then venture on to import and buy.

An extremely important source of valuable information actually came from industry experts he spoke to.

“I am a bit obsessive, if I want to know about something I go all the way deep down, to find the facts for ourselves. That’s my DNA...and it’s not difficult, the internet is readily available. But on the internet, not everything is factual, you need to be careful about the information, you need to know what is true and what is false, you need to try out for yourself, and this is almost like attending university, from reading a module about prawns to fish.”

His recent ingredient sourcing trip took him to Hokkaido, where he met with farmers who supplied him vegetables, to meeting with new suppliers such as Maitake mushroom producers and wagyu farmers. The MICHELIN guide also followed him to fishery ports in Tomakomai and Hakodate, and saw him all excited bidding for the day’s freshest catch.

“As much as our job is to be in the kitchens to cook, it is also about going out to explore ingredients and to see what we can do. For me, I think it’s a sense of discovery.” He adds, “ I see it as our own responsibility to find out for ourselves what something is, otherwise we will be using the same things, consumers will be eating the same things, tuna... salmon.. But the fact is we have more than 100 species of prawns and lobsters. There are prawns out there that are very good but totally underrated, they are at a good price point, and we can bring them in and expose diners to these newer species.”

This approach to ingredient sourcing has led him to explore and experiment with 184 species across crustaceans, molluscs, demersal fish, salmon and many others.

The Magic of Curiosity

At The Naked Finn, there are two menus - the fixed menu comprising locally farmed barramundi, wild-caught ‘baby’ Indian squid, yesso scallop, wild-caught New Zealand littleneck clam, and a whiteboard, where there are more exciting seasonal varieties, mostly ingredients such as the kinki or the rough scale flounder, that have been freshly auctioned in Hokkaido.

His step by step approach is also extended to how he experiments with new species of seafood. He cannot contain his excitement when speaking about new species and discoveries.

“Each time we have something new in the kitchen, we approach it by eating raw, cooking with different timings to extreme overcooking, so as to find out for ourselves, how best to enjoy this particular ingredient, is it having it raw? Undercooking or overcooking?”

The next step is to decide ways with which to season and then how best to cook it, either steamed, grilled, flash fry, pan fry, deep fry or charcoal. And all of these is systematically organised neatly and documented.

His approach is also to utilise each and every part of the ingredient and reduce wastage. For one, bones are almost always used to cook stock, livers extracted to be made into a sauce, that could go well with another ingredient. He is mindful of the fact that much time has been expended, sourcing for ingredients in the best condition and so he wants to do the least to keep the original flavour intact.

Growing Up Not Eating the Best

“When I was growing up, we don’t really have a lot of money, we do not get to eat amazing fish like white pomfret and the expensive stuff. When we go to the wet market with my parents, we were always buying what is affordable for us. Kuning, mackerel.. But each time I would go back home and draw the fishmonger store, I do not know if that is an inert desire to want to eat better fish but if I ever become a fishmonger I get to eat the fish and do not have to worry about cost.”

His fascination with fish deepened when at the age of 9, his dad got him an aquarium. These aquariums got bigger and bigger and there came a point in time when he was able to keep his seafood such as the flathead lobster and prawns live in his own tanks.

When he decided to leave a corporate position to eke out a seafood place, his wife chided him for being silly and offering seafood without much seasoning.

“My wife said no sambal chilli, no seasoning, your seafood so naked, that was how it came about. Then there’s Finnegan Bell in Great Expectations, 1998, he is always by the sea and drawing and sketching fish.”

The way he runs his business is just like the way he prepares his ingredients, on what makes The Naked Finn tick, Ken Loon says, “ I would say honesty. We are honest, look at our menu, we put the scientific name of the ingredients because a lot of suppliers are mislabeling fish, but the menu states the species we want, and we want consumers to know.”

He has this to say, “I think The Naked Finn is about a certain way of doing things, the way we manage ingredients, from sourcing to aging and all the way to how we manage our customers, everything is very clear. My team has been with me for 5 years, I think this says a lot about the culture we create within in this community.”

“Ultimately, it is about keeping my team, having promotional opportunities for them, as long as I am not losing money and making a bit of money, watching them grow, from dating and getting married to having kids, this is the entire thing that worked for me, it is the right balance of life’s condition i want to be in.” His regular customers, it seems, understand that honesty.