MICHELIN Guide Singapore 2018: A Night Of Surprise And Relief For Restaurants

We catch up with some of newly-minted starred restaurants on the list, which recognises 39 establishments this year.

It was a momentous night of buzzy chatter, congratulatory hugs and for some, sighs of relief as the results of the MICHELIN Guide Singapore 2018 were revealed in a gala dinner and ceremony yesterday.

Close to 400 people, including corporates, restaurateurs and chefs, attended the sold-out dinner in Resorts World Sentosa that was whipped up by Michelin-starred chefs from Singapore, Hong Kong, Bangkok and Taipei. 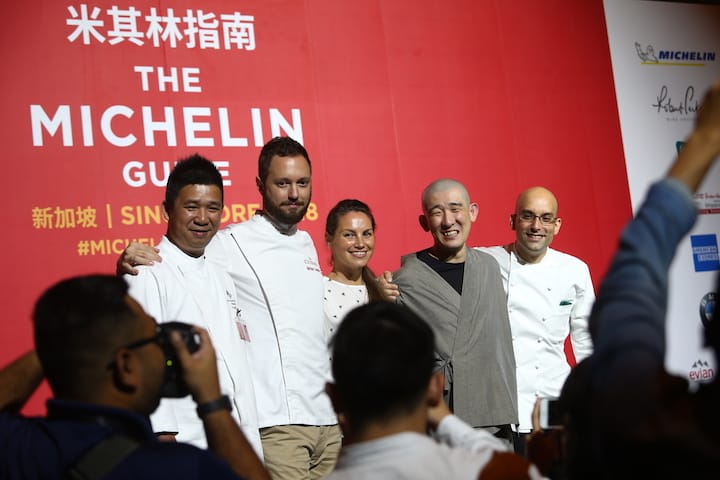 (from left) First-time one-Michelin-star awardees: Tim Lam of Jiang-Nan Chun, Mathieu Escoffier of Ma Cuisine, Katrina Wheeldon-Pynt of Burnt Ends, Tomoo Kimura of Sushi Kimura and Ivan Brehm of Nouri
One of the loudest cheers of the night erupted when Nouri was named one of the new one-star restaurants.

Looking visibly ecstatic, chef Ivan Brehm says that the accolade “felt like a great release as we have been doing a lot of work to be recognised”. On his restaurant, which serves “crossroads cooking” that draws inspirations from cuisines from all over the world, he says: “Nouri stands for something slightly different from the majority of restaurants that I’ve known or worked in. For us to receive such a recognition, it means that we are on the right track.”

Also receiving a rapturous reception was Burnt Ends. While chef Dave Pynt was conspicuously absent due to work commitments, his wife Katrina Wheeldon-Pynt accepted the award on his behalf. She notes that this one-star status is “more for the staff who have worked amazingly hard”.

“It is our third year and we haven’t actually changed anything in the restaurant, so we are a little shocked,” she says with a chuckle. “Dave does this because he loves this. He is a barbecue man.”

Another newcomer is seven-month-old Ma Cuisine, which serves classic French cuisine and carries more 800 labels from wine-producing regions in France and uncommon ones such as Hungary and Lebanon.

Chef-owner Mathieu Escoffier says: “We don’t feel the pressure as we were not working to get a star. We do our job with passion by having guests discover wines with comfort food.”
Advertisement
Advertisement 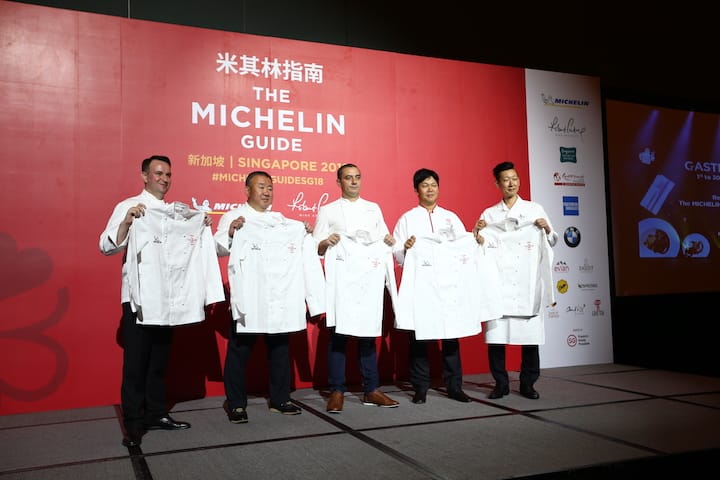 One of them is French restaurant Les Amis, which has retained its two stars over the past three years. Executive chef Sebastien Lepinoy was disappointed by the absence of three-star restaurants in this year’s list.

He says: “I am sad as Singapore will be less attractive to tourists. For Les Amis, tourists make up 20 to 25 per cent of diners. It will be more difficult to attract tourists from the United States and Europe as they want to visit a three-star restaurant on their food trips. They will visit other cities like Tokyo, Hong Kong and Seoul, which have three-star restaurants.”

Hong says candidly: “If there is a restaurant that keeps me up at night, it is Shoukouwa. As a two-star restaurant, it can go up or down. I will continue to have sleepless nights. If, at some point, both restaurants get two stars, I will get a heart attack. It is stressful work but this is a global recognition.”

Chef-owner Han Liguang of modern Singapore restaurant Labyrinth, which retained its one-star accolade, feels happier maintaining the rating than winning it last year. “After we received the star, we had more customers with almost the same amount of staff, which is strenuous to our operations,” he says. “This is validation that we have achieved a level of consistency in the kitchen.” 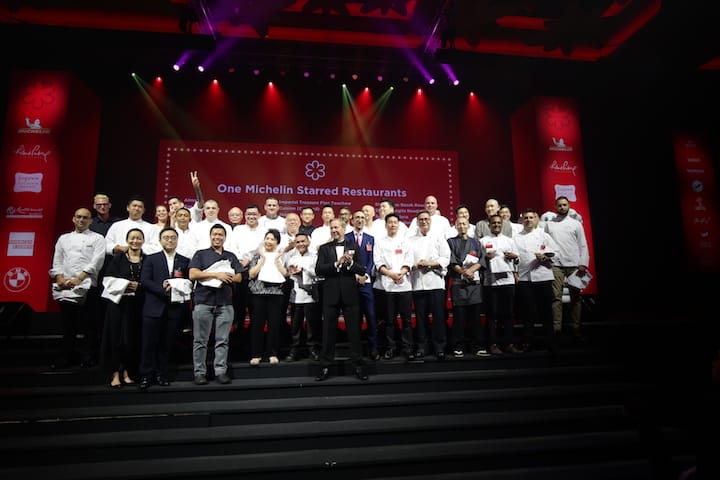 Michael Ellis, (centre) international director of the MICHELIN Guides with representatives from one Michelin-starred restaurants.

Speaking to the media after the gala dinner, Michael Ellis, international director of the MICHELIN Guides, acknowledged the lack of a three-star establishment in this year’s guide.

However, he highlighted that this year’s guide has an extended coverage of the local hawker food scene. He says: “Singapore has great food — fine-dining is at the top of the pyramid but if you look beneath, there is a strong depth and breadth of great food in hawker centres too.”

RELATED: In Pictures: Highlights Of The 2018 MICHELIN Guide Singapore Gala