5 Things to Know About Heirloom Tomatoes

Cherry. Roma. Steak. These bright-red varieties of tomatoes are common ones that often find their ways into our salads or as sides to our mains of beef tenderloin.

Then, there are heirloom tomatoes with their rainbow of colours and sweet juicy flesh. But what really earned them their name? And why do they go for so much more in a supermarket? Here are some nuggets of information you should know about the heirloom tomato.

SEE RELATED: The Vegetarian Spectrum: A Glossary of Terms 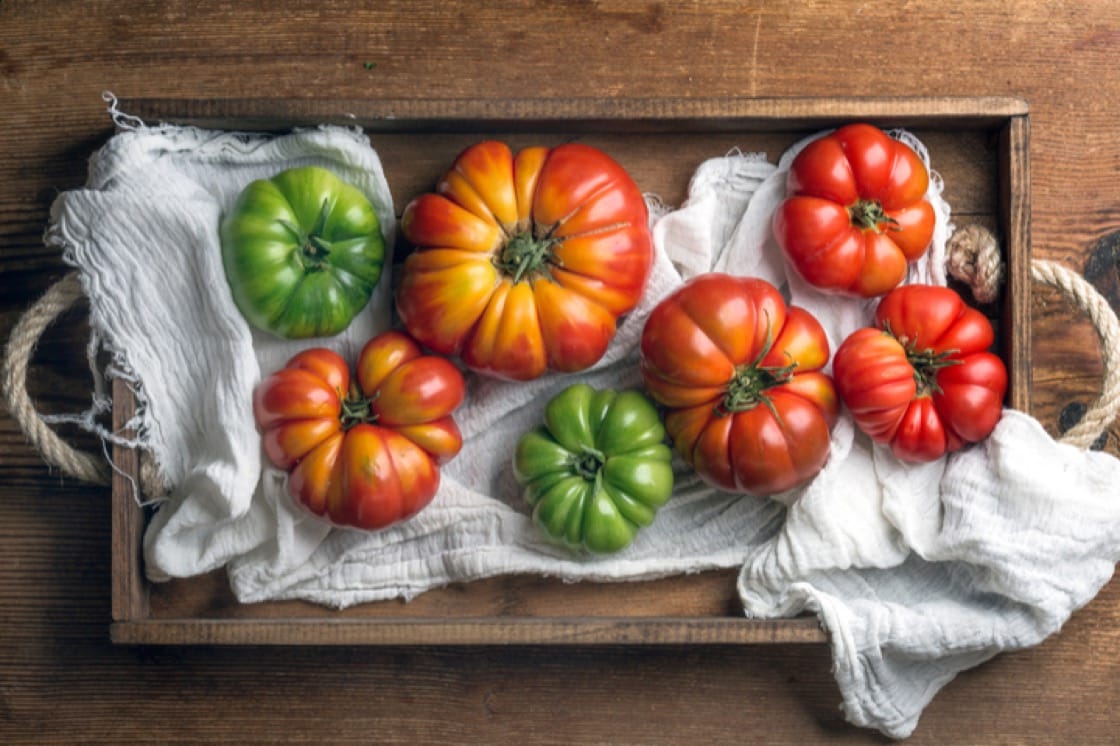 A variety of ripe and unripened beefsteak tomatoes
1. Most of the supermarket varieties aren't heirlooms

So what makes an heirloom tomato an heirloom? Heirloom, a term used interchangeably with Heritage, refers to varieties of tomatoes whose seeds have been passed down for generations.

Heirloom varieties are open-pollinated. This means you can save seeds from heirloom tomatoes, plant them, and expect them to grow into new tomato plants. If two or more varieties are planted close to one another, you might just end up with a new variety! 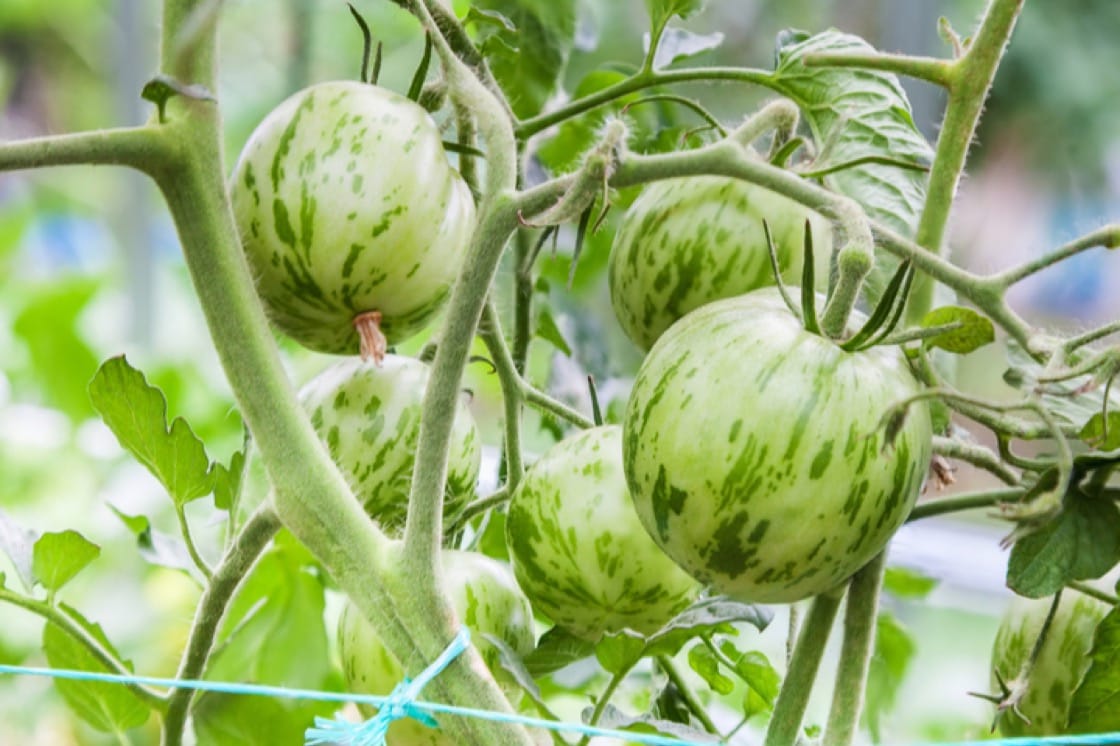 This means they should not be made available all-year-round. Seasons are tough concept for many of us in Singapore to grasp, considering how most of our produce is imported and we usually only have two seasons to deal every year: blistering heat and the monsoon.

The best time to set out tomato plants is after danger of frost, which varies from country to country. So if you're getting a tomato that claims to have traveled from the USA in the dead of winter, you know you're not getting an heirloom. At least, not a good one. 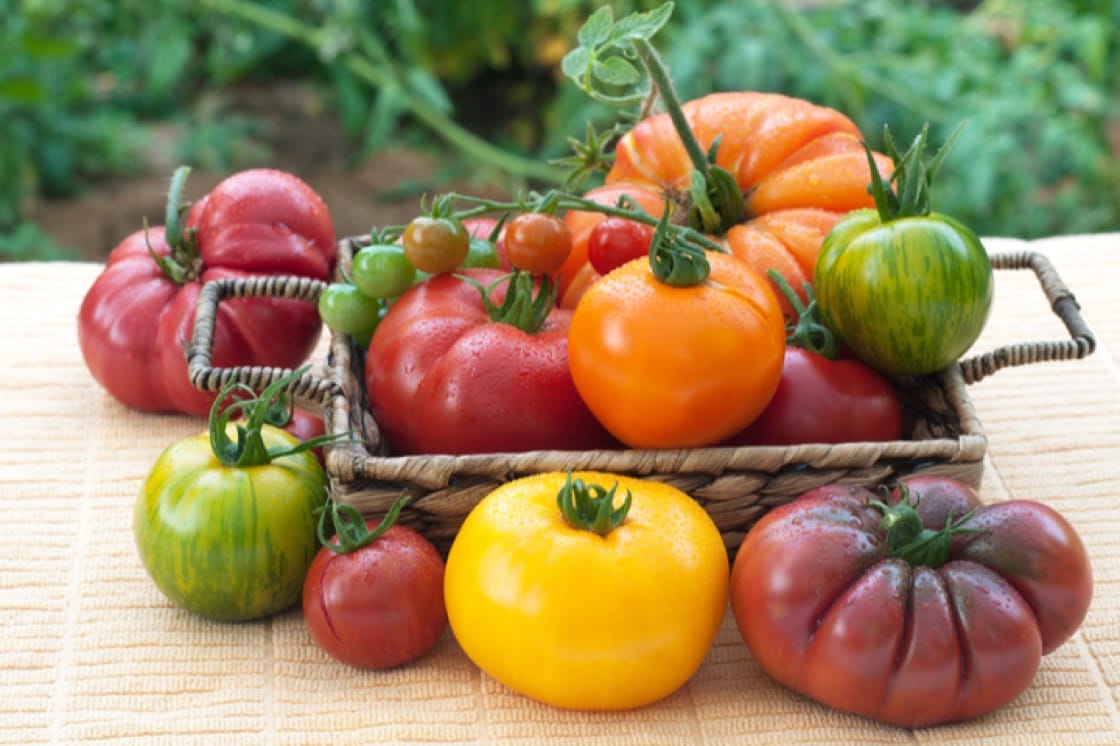 Best way to decide which heirloom tomato you prefer? Taste the rainbow
3. They come in all shapes, shades and colours

Unlike the supermarket variety we're used to, heirloom tomatoes are green on purpose. And the ones that come dressed in purple aren't actually bruised.

Yellow heirlooms tend to be milder than the tart, sharp reds and the greens have a light, zesty bite. The darker varieties have more savoury qualities than that of the sweet. 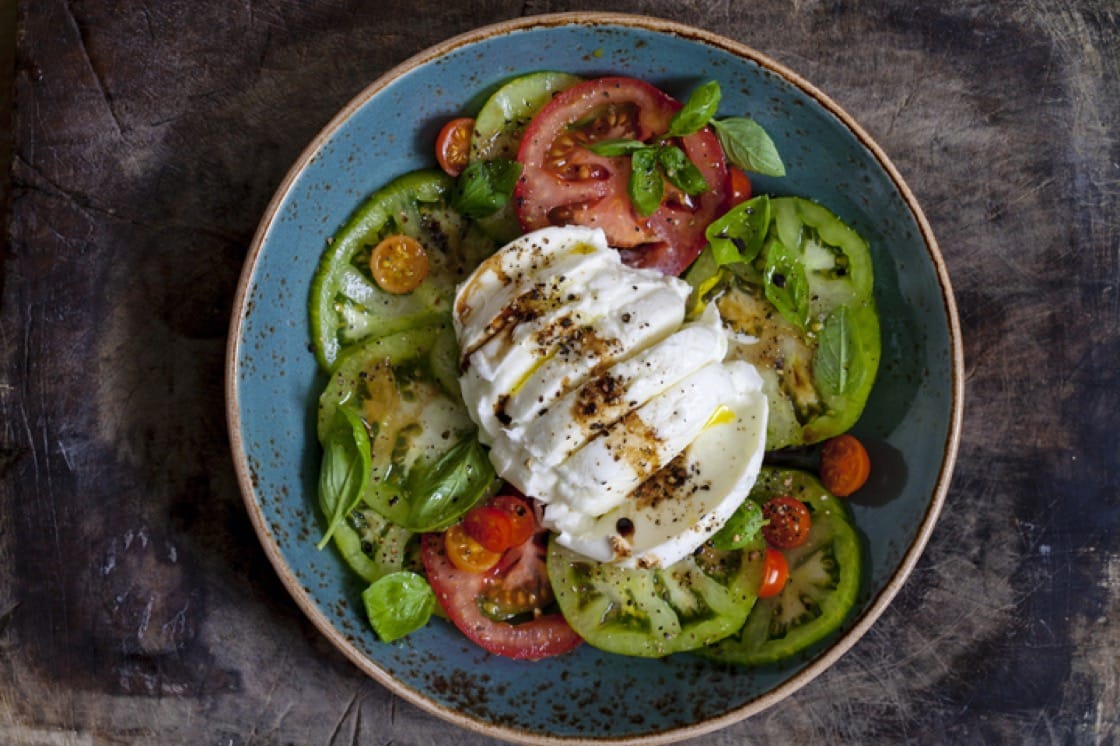 Salad of heirloom tomatoes and burrata
4. They're pricier

They may be tastier and juicier, but they're also pricier. Heirlooms have been bred for their taste and flavour and not for the toughness of their skins so they bruise easily. This means extra care is needed in its transportation and storage, resulting in its heftier-than-what-we're-used-to-be-paying-for-tomatoes price tag. 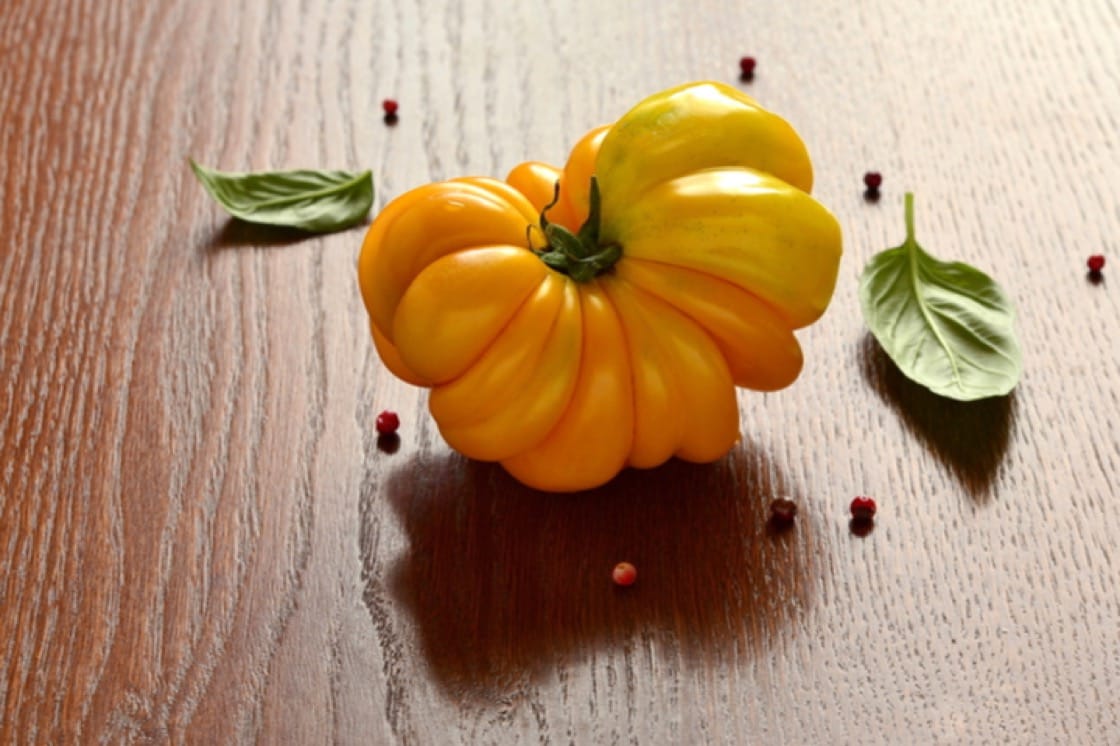 5. They have a short shelf-life

Ever unearthed a forgotten plastic punnet of cherry tomatoes from the shadows of your refrigerator? No? Good on you. You probably have your life figured out and your refrigerator organised into little tupperware boxes and pull-out shelves. If your answer was yes, you're only normal but that's another topic for another day. Our point is that punnet of shrivelled-up tomatoes. They don't rot, they don't smell and they don't seem to decompose. Cue mysterious-sounding music. What are they?

Heirloom tomatoes on the other hand, are notorious for having a short shelf life. If you've been blessed enough to find a punnet in your hands, you should consume the fruit within a couple of days or risk being shamed forever the nightshade killer. A salad paired with a salty or creamy cheese is a quick and easy way to highlight the fruit.