They can be carved into jack-o'-lanterns, fashioned into fairytale carriages or baked into a mathematician's favourite dessert.

Yes, it turns out pumpkins, like tomatoes, are fruits. And while we're at it, all pumpkins belong to the squash family. The very idea of a pumpkin tends to take people down the path of the large, round bright orange fruit to be carved into a jack-o'-lantern or magically transformed into Cinderella's carriage but any tough-skinned squash could technically be called a pumpkin.

And with pumpkin season upon us, we thought it timely to put together a little guide to help you with your pumpkin shopping. A general rule of thumb is, the bigger they are, the less flavourful; the bigger pumpkins are better used for carving. The smaller ones on the other hand, are easier to prep, cook and taste profoundly better.

Don't worry if the exterior of the pumpkin looks a little dull — as long as you don't see any big bruises or soft spots, they're good. Pumpkins have a long shelf life and can keep for months at a cool room temperature. 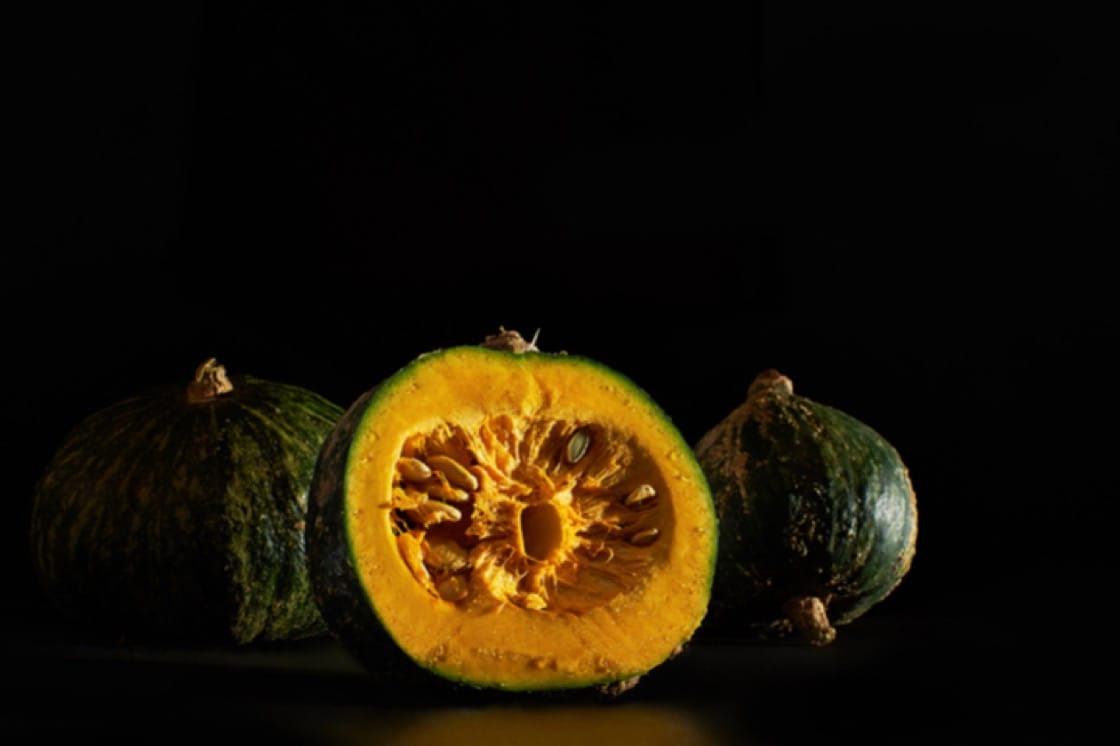 Japanese Kabocha Squash
Japanese Kabocha Squash
Naturally sweeter than butternut squash, the bright yellow flesh of the kabocha is denser than traditional pumpkins – a cross between a sweet potato and a pumpkin if you will. When cooked, it is deliciously rich and creamy, which means it lends well to just about anything; pies, soups, stews or even cookies. We like roasting it with a knob of butter and consume it as is.
Advertisement
Advertisement 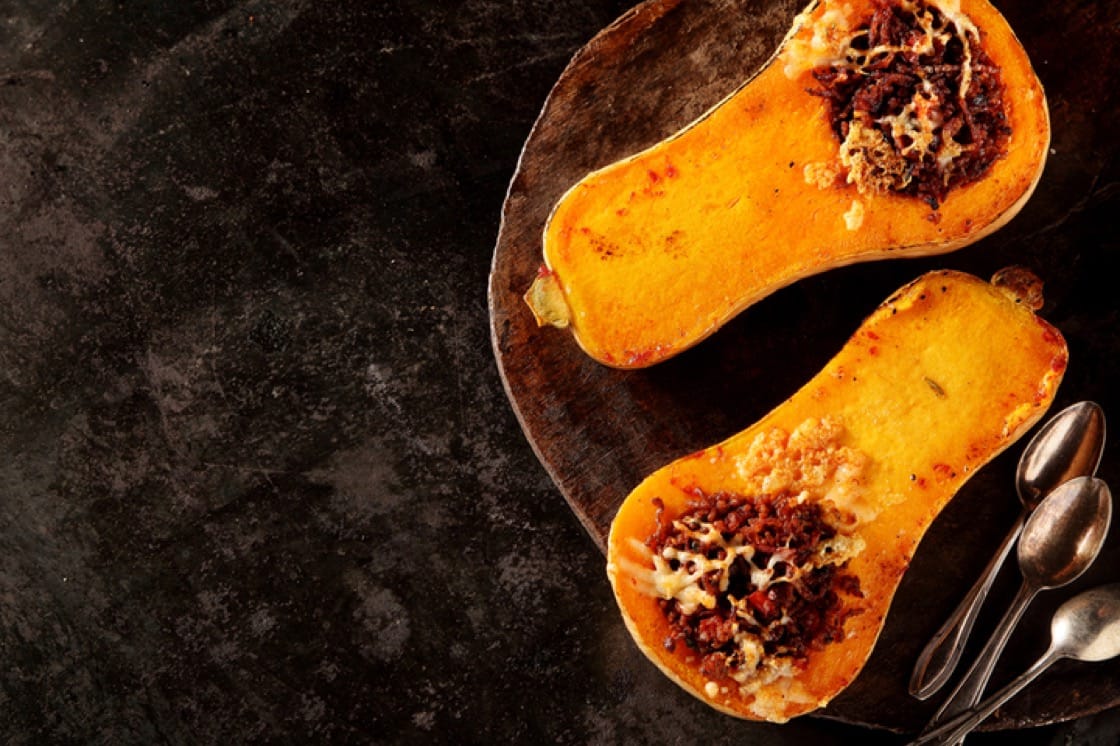 Halved, stuffed and roasted butternut squash
Butternut Squash
It's drier than the kabocha but no less sweet. And like the kabocha squash, the butternut is known for its versatility. Its flesh is meaty, smooth and absent from thick fibrous strands, which means it sauteés, roasts and pureés exceptionally well. 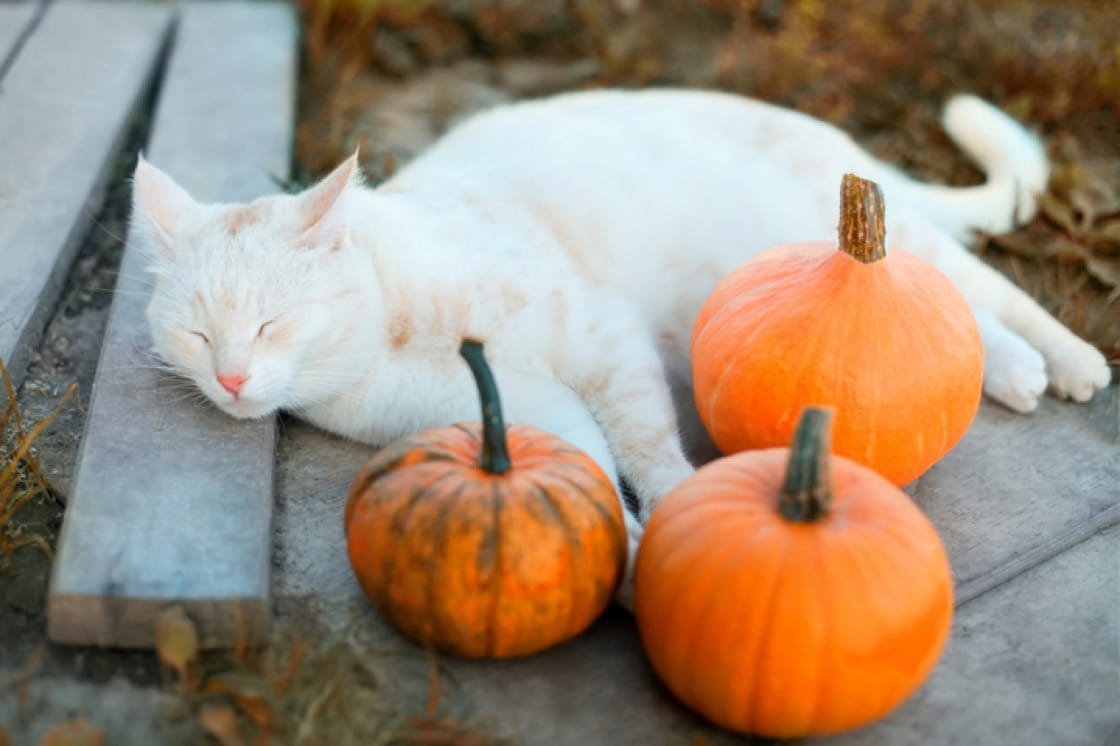 Sugar
These smaller, bright orange pumpkins are commonly known as sugar pumpkins because of well, how sweet they are and they can be baked, roasted, pureéd or stewed just like any other winter squash. Its small size makes it easier to handle in the kitchen and its sweet, nutty flesh lends well to both savoury and sweet recipes. 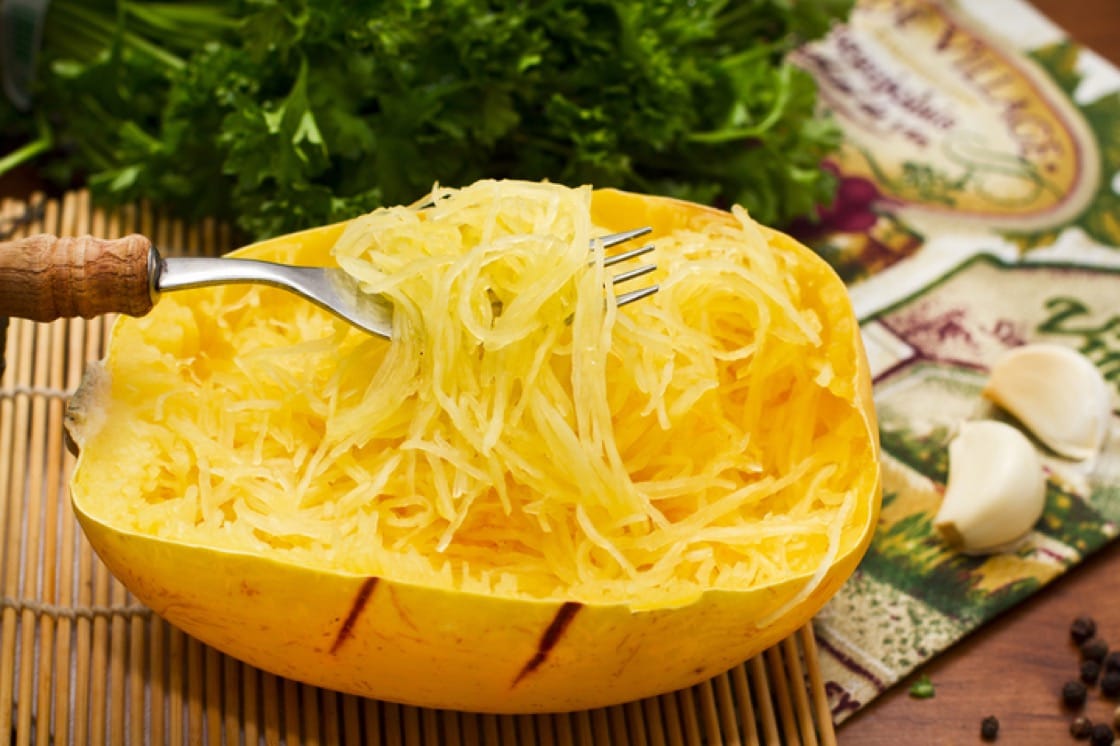 Spaghetti squash: fake it till you make it
Spaghetti Squash
Here's a food trick that will turn a squash into tender tangles of spaghetti ready for a splash of marinara sauce — no spiralisers or newfangled kitchen gadgets required. All you need is an oven and approximately half-hour of your time. Simply cut the squash in half, remove its seeds and pulp and cook it face-down on a baking dish. Once it's tender, grab a fork and gently drag it through the squash length-wise. Strands of spaghetti squash will follow. 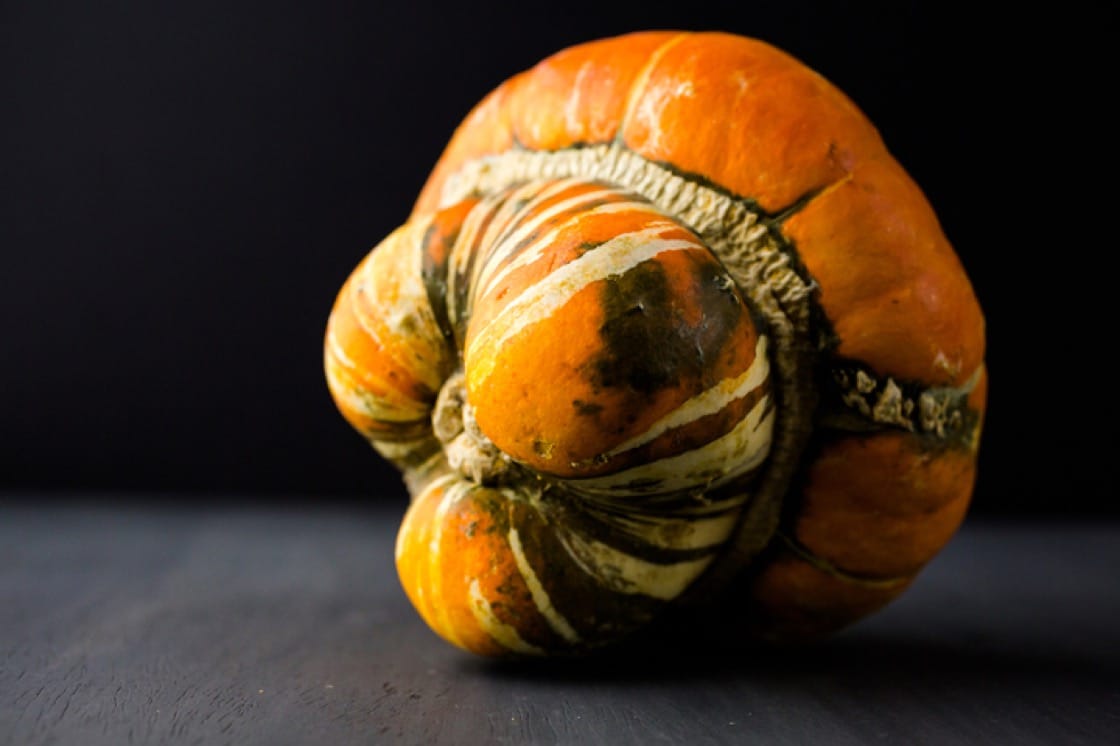 Turban squash, also known as "Turk's turban" or "French turban", is delicious winter squash.
Turban Squash
It comes in lovely, irregular shapes and a spectrum of mottled shades of green, orange, and yellow. The turban squash is an heirloom predating 1820 that has a starchy texture that works extraordinarily well in soups and stews. Its meaty flesh and subtle flavours also means that it takes to seasoning and spice beautifully.

What You Need To Know About Microgreens

From MICHELIN-starred restaurants to home kitchens, these mini vegetables are making a big mark on the culinary scene.