Beyond The Table: Huiwen and Kenneth Lau of Studio Asobi

A celebration of the farmers and kitchen craftsmen who work their magic beyond the dining table.

artisan Beyond the Table video

Every chef knows that his work is only ever as good as the ingredients and tools he works with. Our Beyond the Table video series takes you beyond the pomp and grandeur of the restaurant dining room and into the lives of local farmers and kitchen artisans - the ones who toil quietly at their craft to help make your dining experience complete. 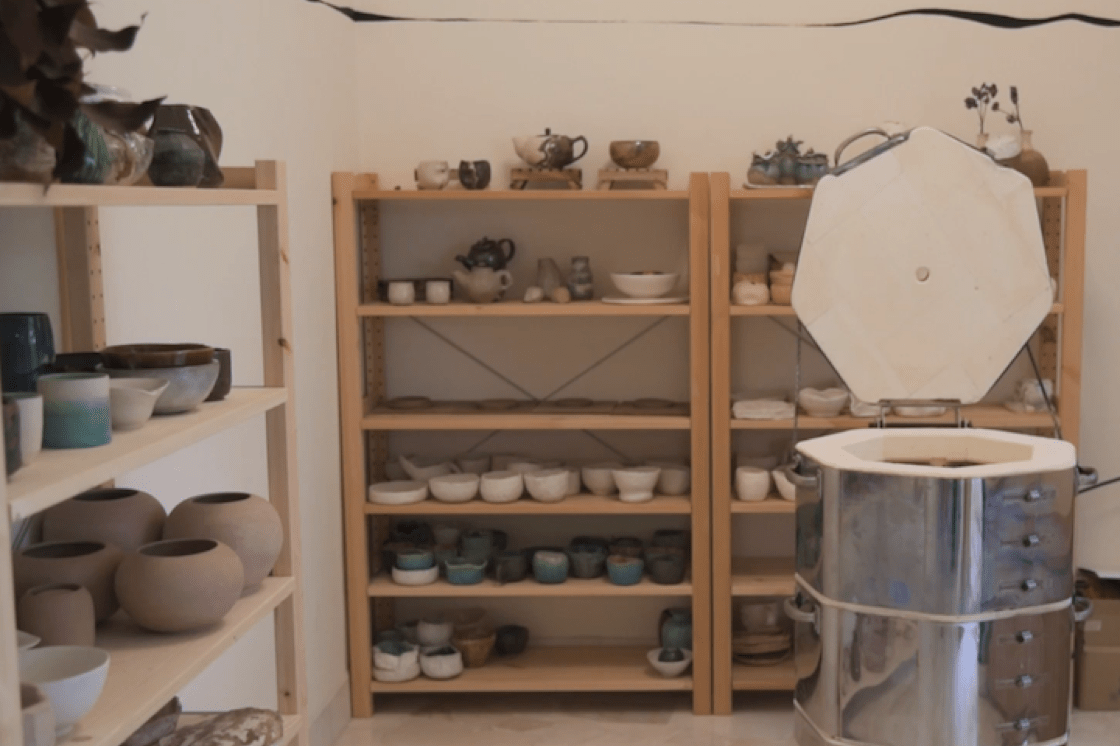 Huiwen and Kenneth Lau started Studio Asobi out of their flat
When Australian chef Sam Aisbett was setting up Whitegrass in Singapore last year, he went on a hunt for artisanal, handmade products that would complement his creative cooking style. By chance, he came across Studio Asobi on Instagram, a home-based pottery studio set up by husband-and-wife Kenneth and Huiwen Lau.

At his now one Michelin-starred restaurant, dishes are served on a collection of beautiful, one-of-a-kind ceramics made by Studio Asobi, including the one that first caught his eye on Instagram: an upturned head of portobello, now used as a butter dish.

While the couple initially only dabbled in pottery as a hobby, things changed when Huiwen decided to take time off her real estate job and go on a sabbatical to Tajimi, Japan to deepen her practice in ceramics. Coming back in 2013, she took a leap of faith and started making ceramics full-time. Shortly after, Kenneth who is trained in art and architecture, also joined the practice full time.

Other than creating commissioned pieces, Kenneth and Huiwen also run ceramics workshops from their home studio and create art installations. Their recent installation I Feel The Clouds Singing was exhibited at SingaPlural 2016 and featured 4,500 handmade organic clay forms inspired by the duo’s trekking experiences in Taiwan.

The down-to-earth couple also feel strongly about giving meaningfully through their art. On top of supporting various social causes such as Room to Read and Oxfam, 20% of their profits go to support Mercy Centre’s Trolley Ministry – an outreach serving the homeless in Singapore.

Watch this installment of our Beyond The Table series and be inspired by the craft and workmanship that goes on in Studio Asobi.
Advertisement
Advertisement
Want to learn more about Singapore's local farmers and artisans? Watch our entire series of videos here.