Kitchen Language: What Is Au Jus?

In French cuisine, cooking au jus is a natural way to enhance the flavour of meat by serving it the light gravy that is given off by the meat as it cooks.

If you’ve dismissed the term jus (pronounced 'zhew') as nothing more than an effete word for sauce, you’ll want to read on. Jus is a specific type of sauce, made from meat juice that has typically been derived from a roast. It's thus typically served as an accompaniment to meat, especially roast beef, which is then known as beef "au jus".

Jus was originally an inventive way of repurposing the deglazed pan juices of the roast into a minimalist sauce, but in modern parlance the term jus has come to refer to any meat-based sauce, clear and thin, from which the debris of other flavouring agents has been strained off. It can be reduced to concentrate its flavours but unlike gravy, it should never be thickened with flour or dairy.

After roasting or pan-searing your meat, deglaze the pan with a little water (or use red wine for a red wine jus). Strain the liquid and allow it to cool slightly, then skim off the fat. The jus can then be reduced. 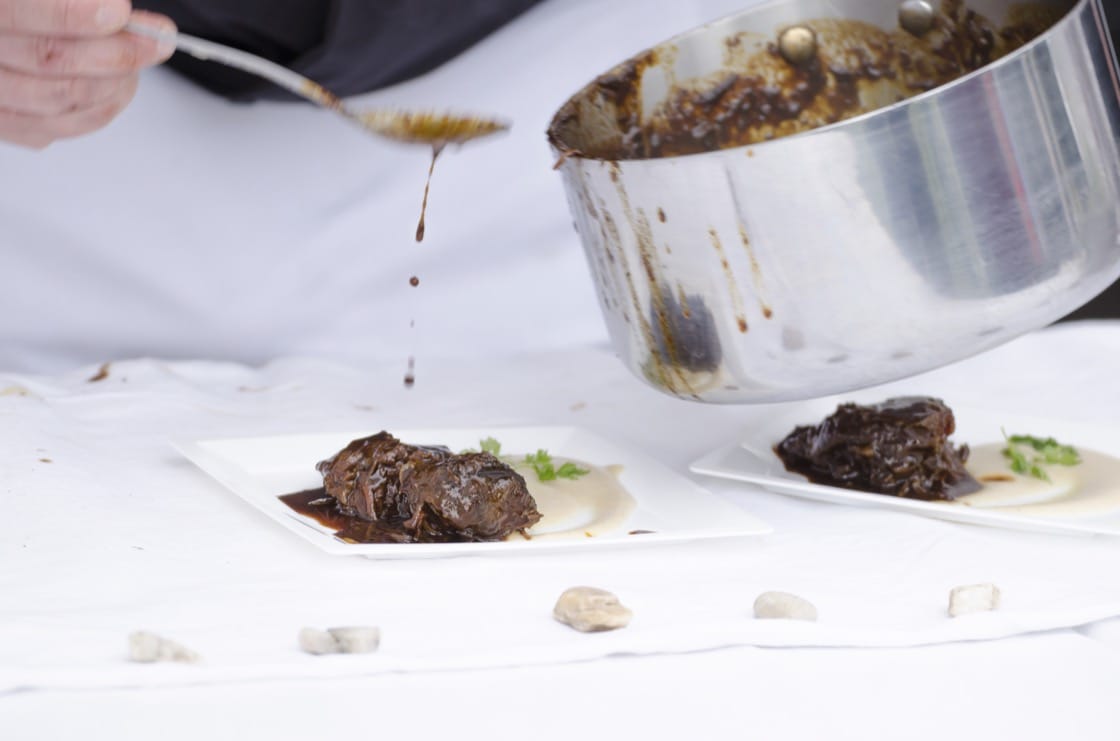 High temperatures and long cooking duration are the conditions that encourage more juice to ooze forth from the meat, so quick-cooking cuts like the tenderloin will be a poor source of pan juice. The prime rib, on the other hand, is larger in size and contains a great deal more fat, both within and around the muscle, meaning it can be cooked for longer without toughening up.

Regardless of cut, there is ultimately a trade-off between the quantity of jus and the moistness of the roast, which is why many recipes recommend supplementing the flavour of the jus with beef stock, aromatics and even vegetables.

Use of the phrase “au jus” as a noun (as in “beef with au jus”) has gained widespread acceptance, particularly in the USA. Since the original French “au jus” already translates to “with juice”, this can sound jarring to Francophones and purists. We’ll leave you to decide how pedantic you want to be about it, but by the gold standard, au jus is a style of serving food; the sauce is just jus, as in: “If only we could make beef au jus with less beef and more jus”.