The Scoop: Old And New Sichuan Cuisine And Lazy Lunches At Waku Ghin And Amò

A round-up of good eats and dining news from Singapore in October 2018. 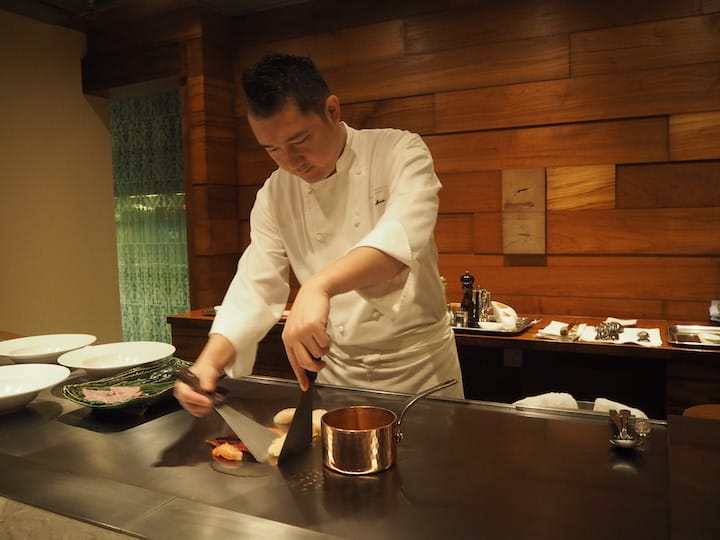 Two-Michelin-starred European-Japanese restaurant Waku Ghin makes itself more accessible by opening for lunch on Fridays. Instead of splashing out $450++ for a 10-course degustation meal, diners can opt for the new five-course executive set lunch ($180++) which caters to the business crowd. As a treat to mark the end of a work week, the lunch sessions, which are from noon to 2pm, are a condensed version of restaurant’s award-winning dinners.

The meal, which starts at one of the semi-private teppanyaki rooms, opens with a refreshing chilled pasta with botan shrimp, Oscietra caviar and sea urchin — a variation of the restaurant’s signature appetiser. The three mains are cooked a la minute off the teppan grill. The highlight is the Ghin Bouillabaisse, which has lightly seared scallop, lobster and kinmedai (golden eye snapper) in a deeply aromatic fish stew that is made with the bones and meat from 25 types of fish that has been simmered for eight hours. Other dishes include the pan-seared ayu fillet that glistens with delicate fat, and the Shiga ohmi wagyu with a citrusy soya sauce. Like for dinners, diners adjourn to the dining hall for exquisite plated desserts such as an apricot seed panna cotta and petit fours.
Advertisement
Advertisement 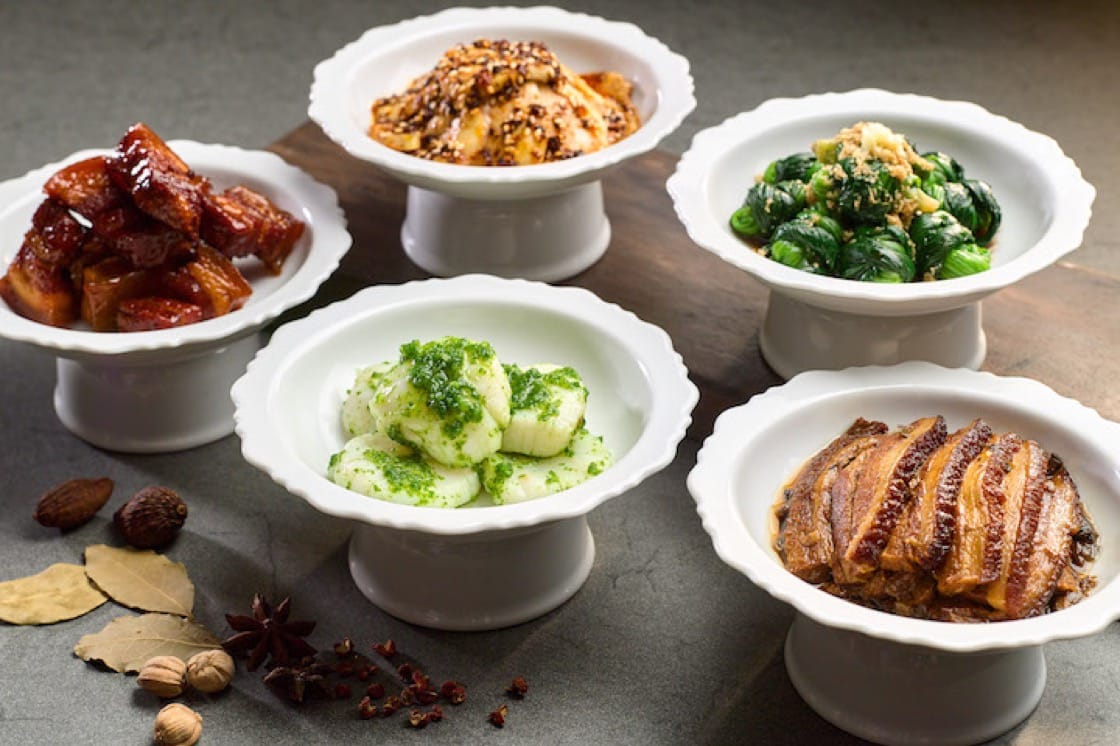 Back for the third year running, Si Chuan Dou Hua’s wildly popular 100 Sichuan Delights, One Gastronomic Feast, an a la carte buffet promotion ($58++ per adult, $29++ per child), will be available from now till 31 December. Each of the 105 unique dishes on the menu is prepared a la minute, a culinary feat only possible because they revolve around 24 base flavours typical of Sichuan cuisine.

Throw into the mix ingredients from octopus to premium monkey’s head mushroom, myriad cooking techniques and varying serving temperatures and you’ll get an endless permutation of unique Sichuan dishes — a good proportion of them non-spicy, contrary to the cuisine’s fiery reputation. New this year is a whisky flight tray of three whiskies from Scottish Single Malt Whisky distillery Auchentoshan for an additional $30, the smoky flavours a perfect match for the spicier, mouth-numbing morsels. 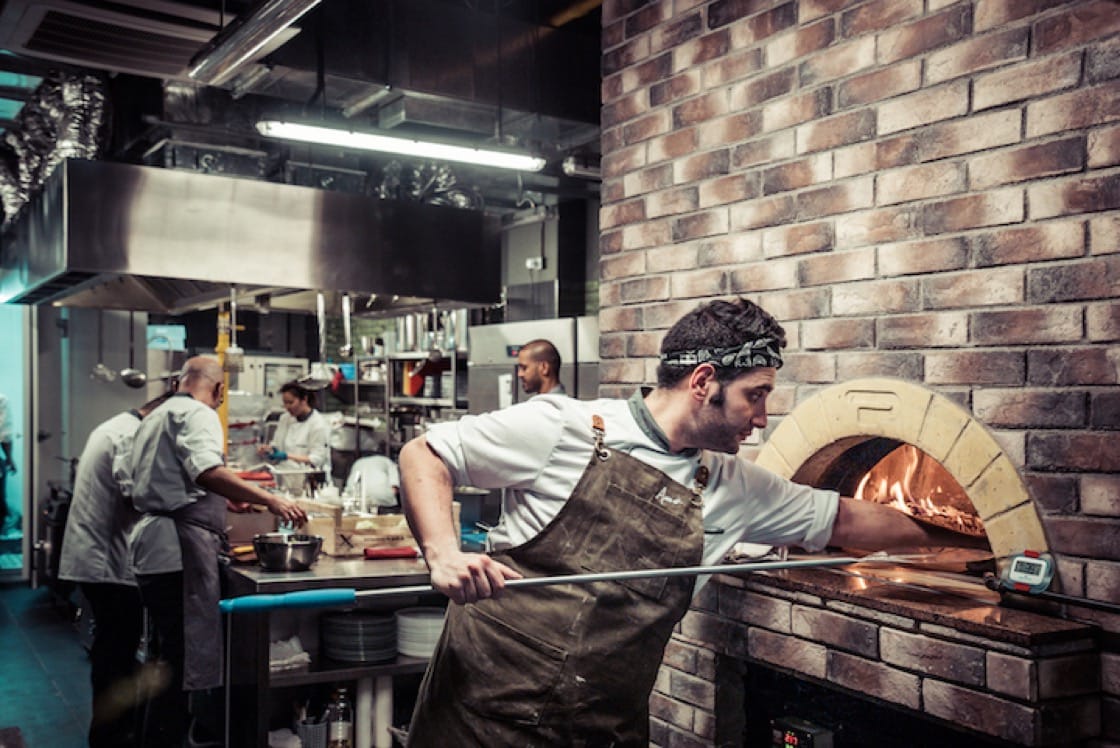 Pizzas Crafted With Care At Amò

You may think Hong Kong Street, awash with fancy bars and speakeasies, only comes to life in the evenings but Amò is a hive of activity at noon. The weekday lunch crowd is a mixed one: a three-generation family with kids in tow is seated in the private dining room at the back of the restaurant; well-heeled office executives occupy the front room alongside casually dressed diners. In the open kitchen, a chef stretches and spins soft rounds of sourdough into discs on which he spreads a vermilion sauce made from fresh seasonal tomatoes.

Minutes later, the pizza emerges from the fiery belly of an almond wood-fired oven and is dressed with creamy burrata, plump figs and rosettes of cured smoked ham, then drizzled with a 25-year-old balsamic vinegar. Shatteringly crisp crust yields a pleasantly chewy interior and the sought-after savoury tang characteristic of dough fermented with a mother starter. Seasonal creations like this are dreamt up weekly for Amò’s Weekday Set Lunch ($28++ for a starter, main, coffee and tea), made with the finest Italian DOP (Protected Designation of Origin) ingredients. 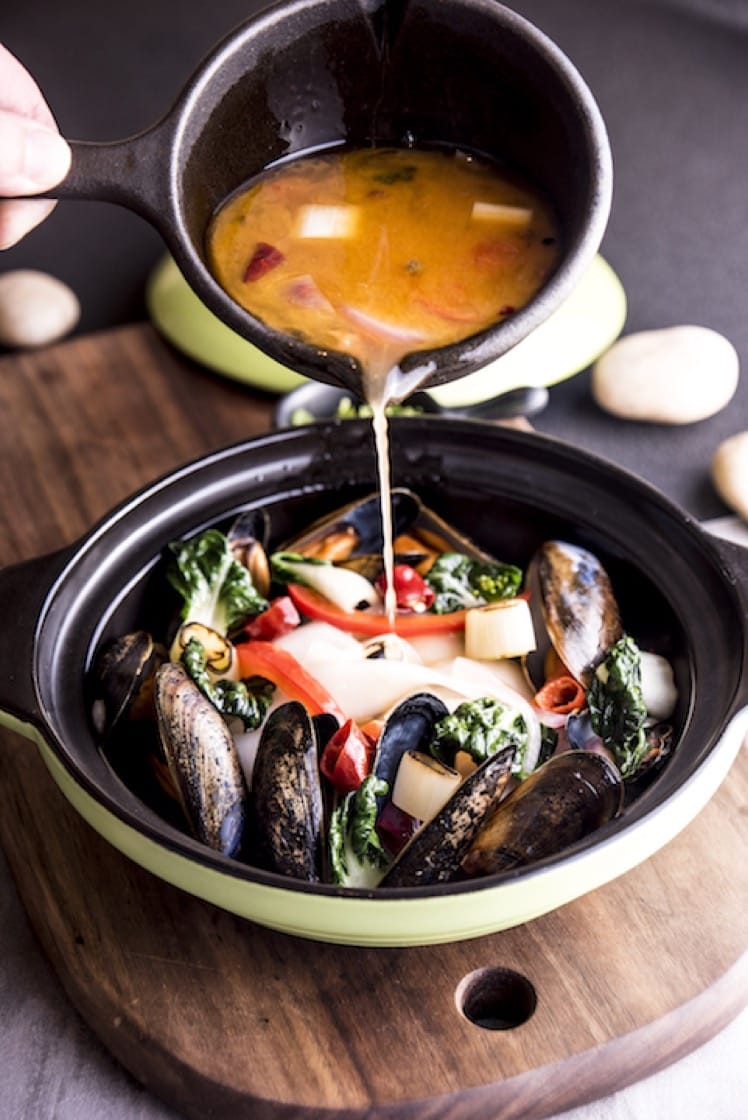 Extended Sichuan-Western Menu At Birds Of A Feather

Sichuan mala bowls are all the rage in eateries here but Birds Of A Feather is pushing the envelope by showing that Sichuan dishes can come in hues other than red. Chef Eugene See is putting contemporary Western touches on Sichuan food, inspired by his stints in European restaurants such as Guy Savoy and San Bistro. One of them is the Sichuan Oxtail Soup ($24), which is concocted with beef neck bone, leeks and Chinese herbs. It is served with a crisp buttery spring onion arlette, which is a Western spin on the spring onion pancake. One of the spiciest dishes on the menu is the Sweating Mussel ($29), a casserole of Scottish blue mussels that are sweated to extract its sweetness, before being added to chicken

stock, leeks, dried Sichuan peppercorns and bell peppers. Save the best for the last by slurping up the thick and silky Chinese yam noodles at the bottom.
Advertisement
Advertisement