Thai rum with crunchy ants and pink jasmine blossoms grown on Ann Siang Hill prepped in a rotary evaporator. All this and more at Singapore's newest cocktail bar.

Weeks after we dissected a commercial foraging movement in its nascence, Native, a new cocktail bar that looks to showcase foraged ingredients sets up shop on Amoy Street.

“The idea is to have 10 per cent of my ingredients from foraged sources,” says Vijay Mudaliar – the bar's founder who was previously from Operation Dagger.

The 27-year-old first shot to international fame when he emerged winner in the 2015 Diplomatico World Tournament Singapore Final with his rum-based cocktail named ‘Jewel of The East’. It was inspired by the 1945 Japanese occupation of Singapore and crafted with sweet potato compote with pandan, cinnamon, cardamom and rum liqueur.

Now it seems he continues this ethos with a repertoire that seeks to connect the guest with Singapore’s surroundings – if not literally with foraged ingredients, then an underlying philosophy of celebrating Asian flavour profiles.

SEE ALSO: A beginner's guide to foraging in Singapore

It’s a vast arsenal that he has to play with including the likes of weaver ants, pink jasmine, turmeric leaves, even cinnamon paired with spirits from around the region. The result? Potent creations like Thai rum with aged sugarcane, tapioca and soursop topped with ants on a frozen basil leaf.

One caveat: the full menu with a section on foraged ingredient cocktails will only be unveiled in March 2017. As of December, only one out of the seven tipples on the menu features foraged ingredients. For now, there’s a fair bit of testing and planning to be done.

We met up with the accomplished barman to find out how he intends to pull this off.

Why did you decide to forage for ingredients?
I've actually been thinking of it and doing it for close to one and a half years now. Just that now, it's part of the bar's DNA. It’s about connecting [cocktail culture] with our roots and our surroundings. In Singapore, if you go to restaurants and bars, it’s always an ingredient that’s from far away. We are told “Oh this is expensive so it’s good,” – like caviar or foie gras from France.” Growing up in Singapore, you never thought you would be able to get all these ingredients in the wild that you can use in drinks. Which is a pity because a lot of it are things that we grew up eating. 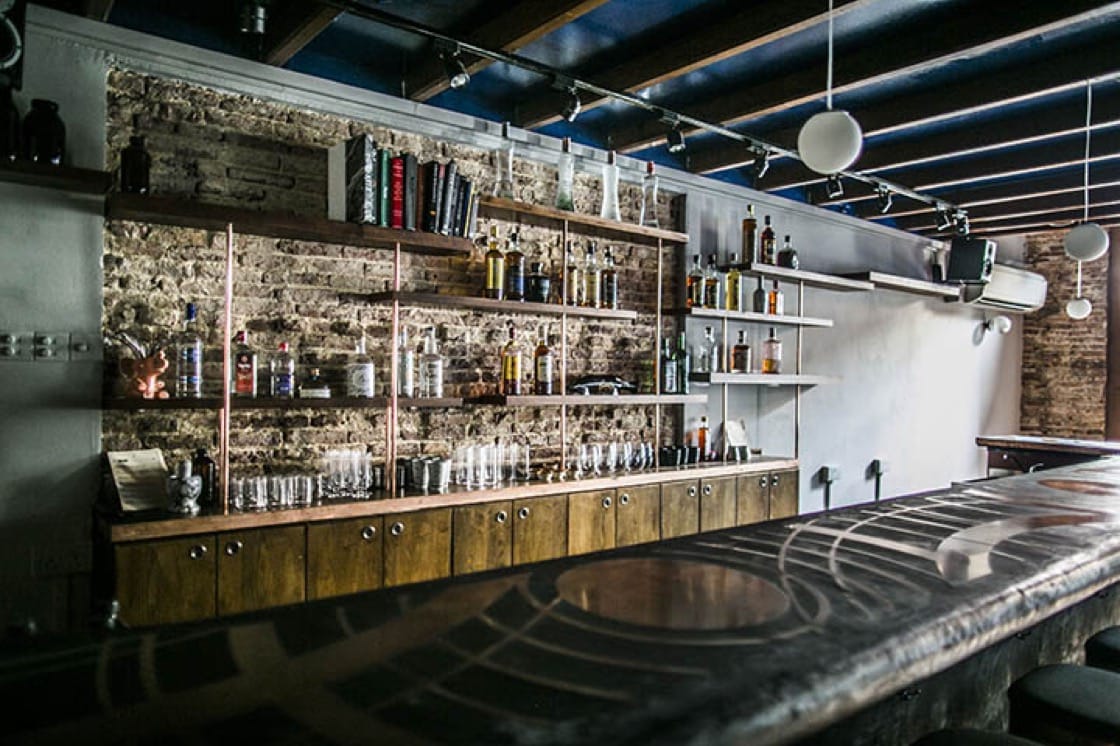 The interiors of Native
What’s the biggest challenge when foraging for a bar?
For us, it has to be about sustainability. I need to get enough while not ruining the environment. That’s why I want to start small at 10 per cent and gauge if it’s okay to use a certain amount of an ingredient a month. So from right now until March, we need to calculate our daily use… things like how many cocktails we make and then gauge how much we need to forage. There’s still a lot of planning to do.

Did you need to hire a forager?
No I do it myself, just like how when I first started. From the looks of it, I'll only need to forage once a week to get what I need. When I first started I got poisoned a lot in the initial stages. If I saw something I would just eat it and I'm like, "Oh shit something's wrong." So now I would just chew it first and spit it out. If there's some flavour there, I revisit it, take pictures, do some research and try to relate the flavour profile with something that I know.

So how do you extract flavour from the ingredient?
That's actually very important because we’re dealing with small numbers here in Singapore. Like the ants, we’ve just got little bit, so we lengthen the flavour by infusing it with vodka, vinegar, salt and sugar. So we start out with a handful of ants but stretch out the ant flavours into a few hundred millilitres. Other ways we’re experimenting is through a rotavap (rotary evaporator). We can distill things like pink jasmine and pair it up with other foraged ingredients. 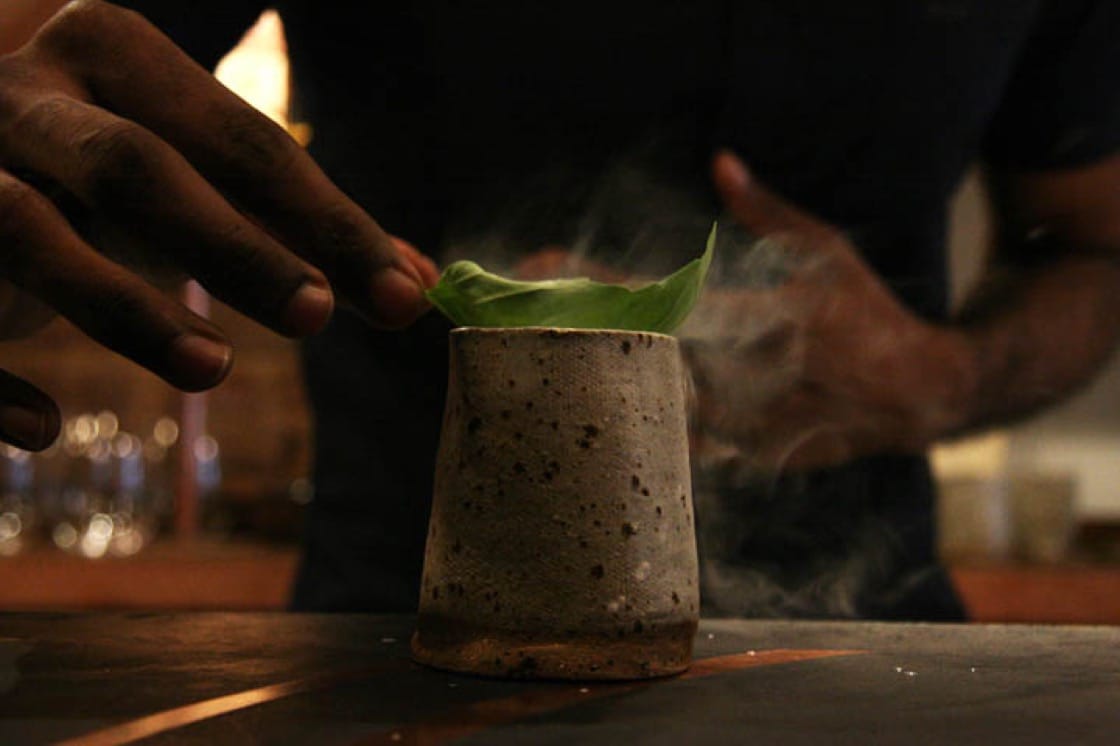 But how do you decide what ingredients go well?
It's a matter of testing and matching the flavour profile. But it’s also quite simple: What grows together, goes together. I can create a good cocktail from ingredients I source from the same area like jackfruit, pink jasmine and turmeric leaf. Then for example, you have things like wild curry leaves and wild pepper which tastes more robust, so I could just cut down the amount or mellow it out with a saltier cocktail. You just have to go in with a blank slate and really understand what the flavours are like.

What can we expect when you launch the full menu?
In future we’ll have a small section of foraged ingredient cocktails. It could be seasonal or have it in a menu until it runs out. So for example, it could be cinnamon this week, but next week it will be betel leaf. Each drink will be based on a story unlike the usual way of, "oh I taste this so I will add that." We use a story. If I go on a walk, and I see things grow together, I can pair them up. Stories bring the ingredients together.