Forget cheeseburgers at the latest burger joint to sprout up in Singapore. Michelin-Plated zichar restaurant Keng Eng Kee Seafood is sticking to what it knows best and placing them in between burger buns — zichar dishes.

Most of its zichar-inspired dishes, which also include pasta and rice, are from its second outlet, KEK Pandan Gardens, which shuttered last August after its three-year lease was up. However, there are new dishes such as the chilli crab soft shell crab burger and fried salted egg pork chop with rice. 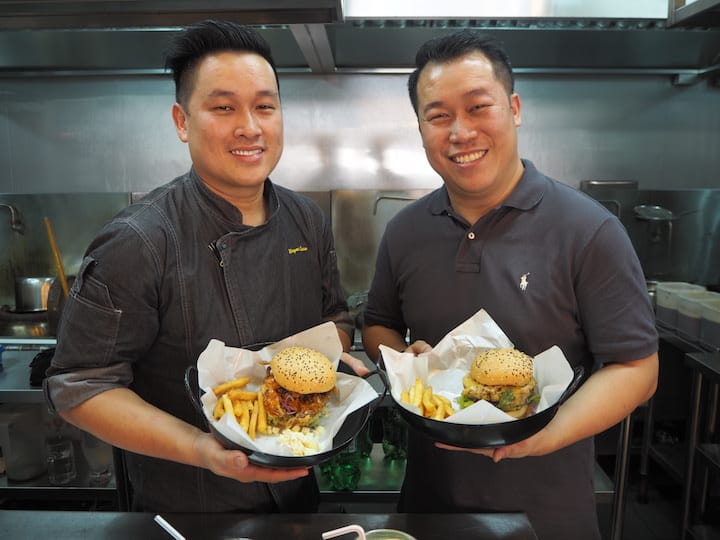 According to Wok In Burger co-owner Wayne Liew, who is also the third-generation head chef of Keng Eng Kee Seafood, the burger joint’s name alludes to the wok, which is a quintessential part of zichar cuisine. Dishes such as Marmite-coated chicken, pork loins and salted egg yolk sotong are tossed and stir-fried in a wok before being cushioned between the burger buns.

True to its namesake, the burgers from Wok In Burgers are served in wok-shaped platters and accompanied with pineapple-topped coleslaw, French fries and a drink.

The idea of zichar-inspired burgers came to Liew about five years ago when he was participating in an overseas food event. He says: “I saw how Western restaurants were incorporating Asian elements into their dishes. It can be vice versa too. Zichar dishes have so many flavours that can be showcased in a burger, which is eaten around the world.” He developed the idea by doing test trials of these East-meets-West burgers during kitchen staff meals.

Over the past six months, Liew had been developing the concept of Wok In Burger despite facing objections from his 65-year-old father, who still oversees the family restaurant. “He thought that the concept was not practical as he couldn’t imagine zichar dishes in burgers,” the younger Liew recalls. It was only after the stall was set up and he tried the salted egg soft shell crab burger that his father gave his nod of approval. He jokes that the burger joint is located in the restaurant so that his father can keep a close eye on the newfangled concept. 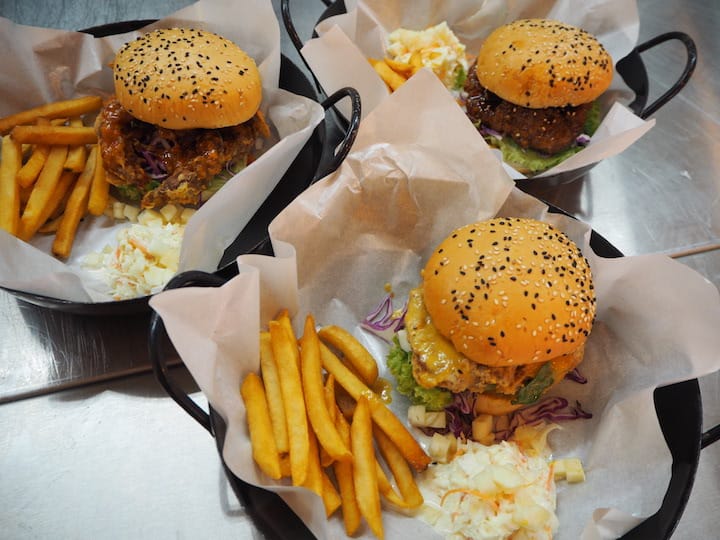 Zichar-inspired burgers with fillings such as salted egg soft shell crab, coffee pork and wok-fried pork loins. (Credit: Kenneth Goh)
While the recipes of the zichar dishes have not been tweaked for the burgers, Liew uses thicker slabs of meat to make heftier burgers. He has found ways to make the burgers less dry by adding sauces and achar.

On what other zichar dishes he hopes to put into burgers, Liew says with a grin: “Salted egg yolk chicken burger with salted egg fish skin so that there is a crunch when diners bite into the burger. I am also trying out a burger with sambal kang kong and sotong.” New burgers will be introduced every month.

While plans to expand Keng Eng Kee Seafood to Hangzhou last year were canned, Liew hopes to expand the Wok In Burger concept here. Other creative dishes on the menu include strawberry cereal fried rice and sambal lala spaghetti. He says: “My inspiration to create zichar-inspired dishes can hit me anywhere, from observing how diners eat to what my kids tell me. I have a passion for bringing zichar dishes to the next level.” 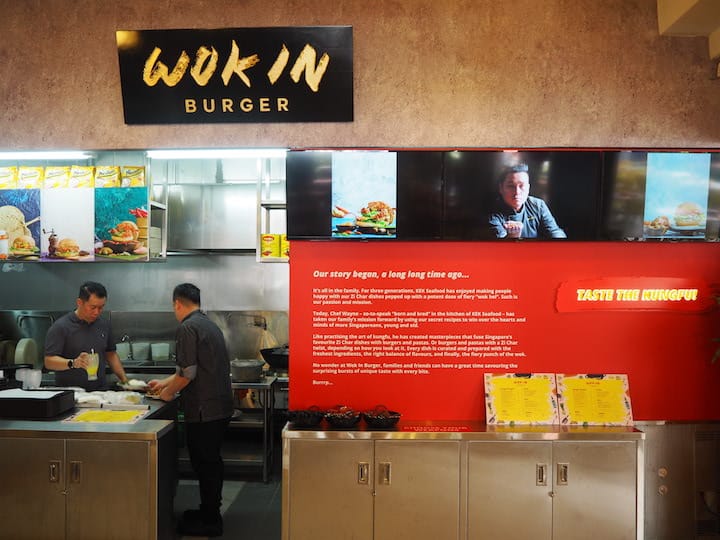 Liew, though, is undaunted by the competition as Wok In Burger is big on Singapore flavours.
A strong champion of modern zichar dishes, Liew hopes that presenting zichar dishes in a new light can help ignite interest among younger diners.

Liew, who has been cooking at Keng Eng Kee Seafood for 15 years, says: “Most young people have the impression that zichar is only eaten when they dine with their parents. But there is room for creativity to foster interest in this important part of local cuisine.”

RELATED: Shake Shack To Open At Jewel Changi Airport In 2019