The MICHELIN Guide Hong Kong Macau was launched yesterday to great fanfare. The 12th edition of the guide saw a total of 90 restaurants receive MICHELIN stars, including two restaurants with three stars, 3 restaurants newly awarded with two stars and 11 establishments entering the guide for the first time with one star.

The list includes new restaurants opened by both young and experienced chefs, and shines a spotlight on long-established names that are constantly pursuing progress. As one of the first Asian destinations to have the MICHELIN Guide, Hong Kong and Macau continues to be wonderful gastronomic cities for local food lovers, tourists and business travellers alike.

Following the Star Revelation ceremony, awarded chefs, industry professionals and well-heeled diners gathered at the Grand Ballroom of the City of Dreams in Macau for a celebratory gala dinner, organised with the support of official title partner, Melco Resorts & Entertainment. Seven acclaimed chefs from all around the world joined hands to create an unforgettable meal centred around the theme of "Sustainability Through Motion".

From the venue decor to the ingredients put on the plate, the event was designed based on environmentally conscious choices to minimise the gala’s impact on the environment. LED screens were used for the ballroom displays instead of single-use backdrops, the table centrepieces and plant decorations will be replanted throughout the resort after the evening's celebrations, and the menu was created with sustainably sourced ingredients and practices.

Guests also celebrated in style with champagne by RSRV and refreshments by Badoit and evian water, which were paired with course after course of unique creations. The meal reached a crescendo with a main course created with Angliss' Westholme wagyu beef cheeks and ended on a sweet note with delicate macarons infused with Nespresso coffee.

The evening's entertainment came in the form of a rousing performance by award-winning Japanese drum and dance ensemble DRUM TAO followed by a special musical performance by regional pop singer Kit Chan.

Relive the highlights of the MICHELIN Guide Hong Kong Macau 2020 Gala Dinner through the video and the pictures below: 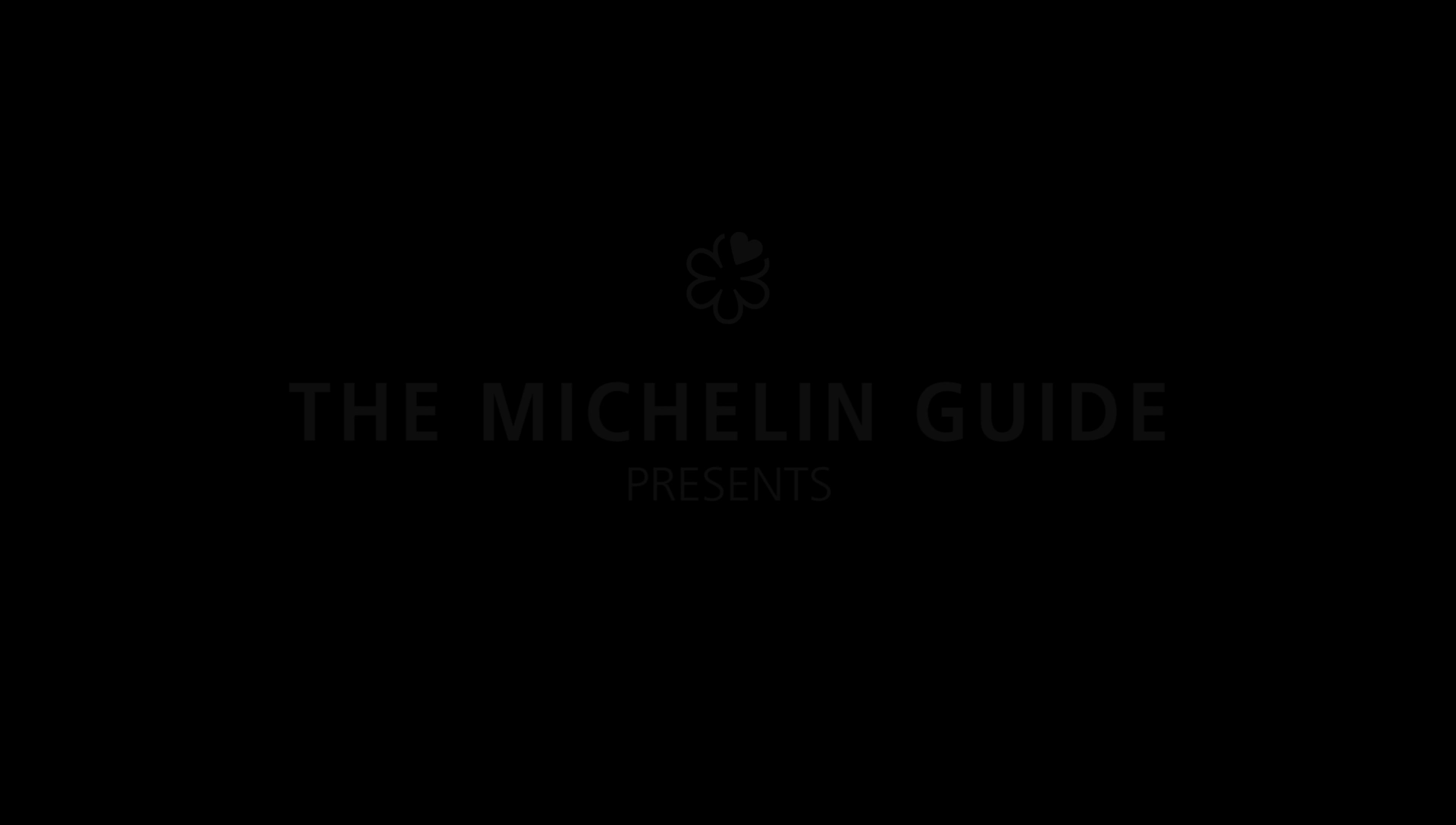 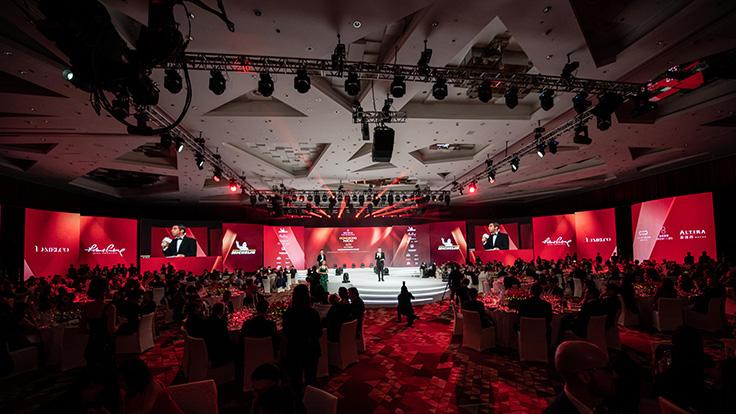 The theme of the MICHELIN Guide Hong Kong Macau 2020 Gala Dinner was "Sustainability Through Motion" with many elements of the evening focused on ensuring the sustainability of our environment. 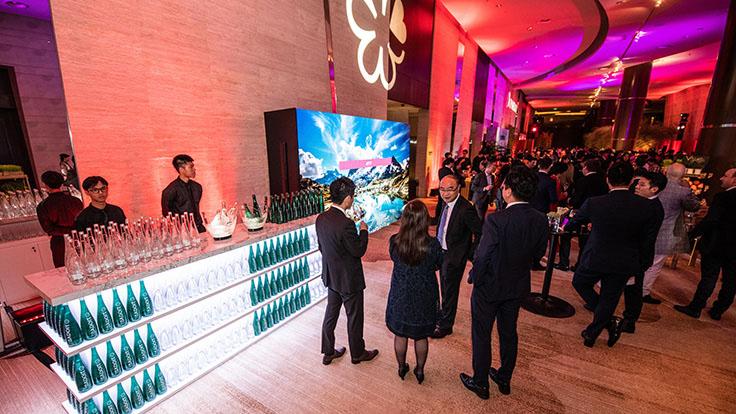 At the pre-dinner reception, guests mingled over canapes, cocktails and refreshments provided by evian and Badoit. 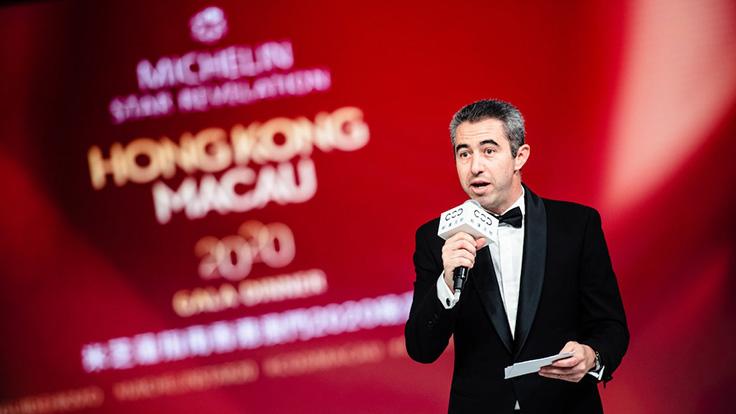 Nicolas Achard, Managing director of Michelin Food and Beverage Asia, opened the evening with a speech praising the diversity and dynamism of Hong Kong and Macau's gastronomic scene. 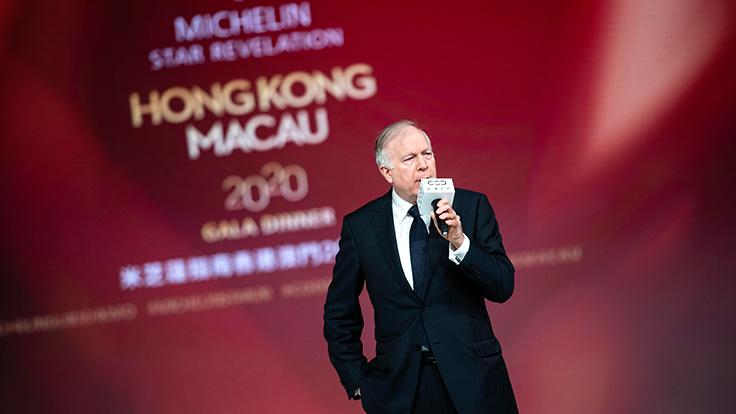 David Sisk, Property President of City of Dreams Macau, delivers a welcome speech and highlighted the resort's commitment to sustainability through its use of electric cars, solar panels and other practices. 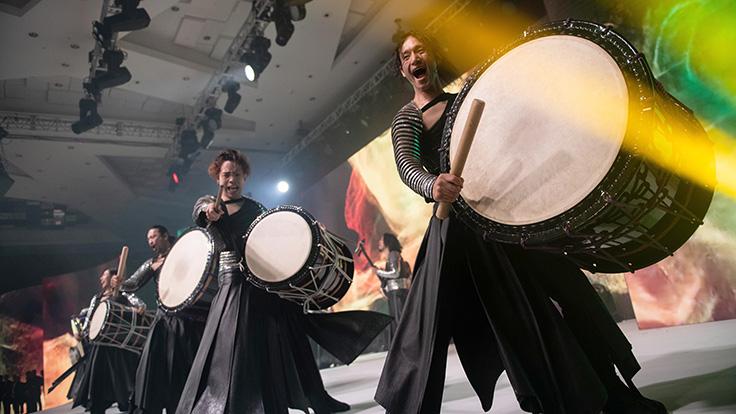 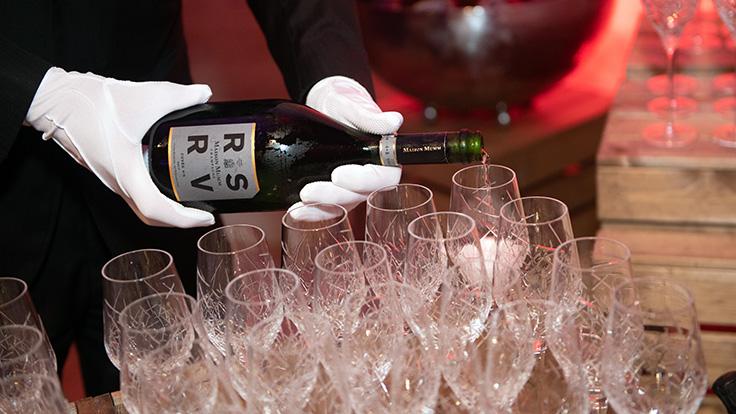 Guests raised a toast to the stars of the evening in style with RSRV Cuvée 4.5 Champagne. 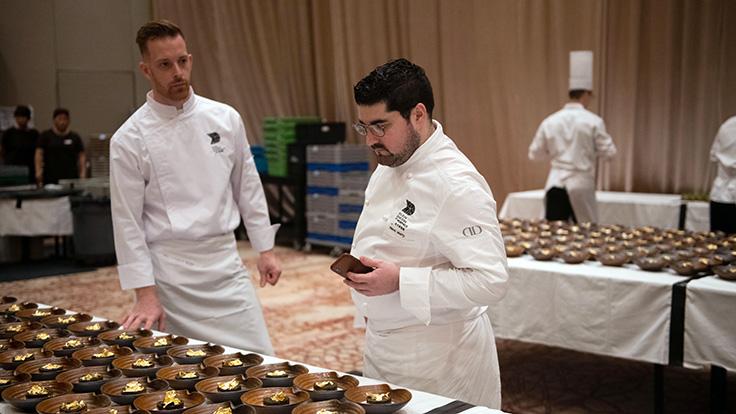 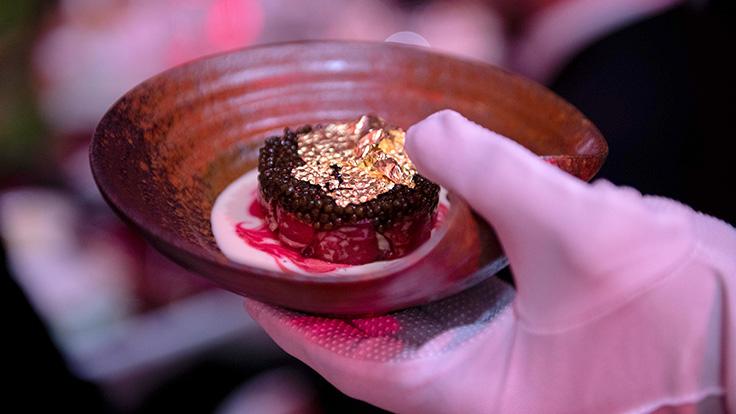 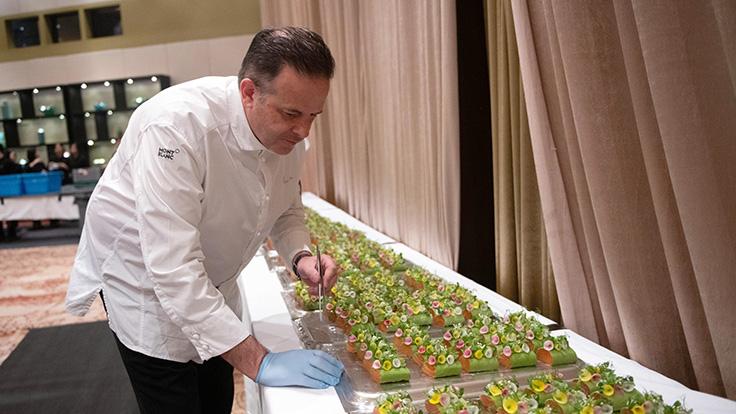 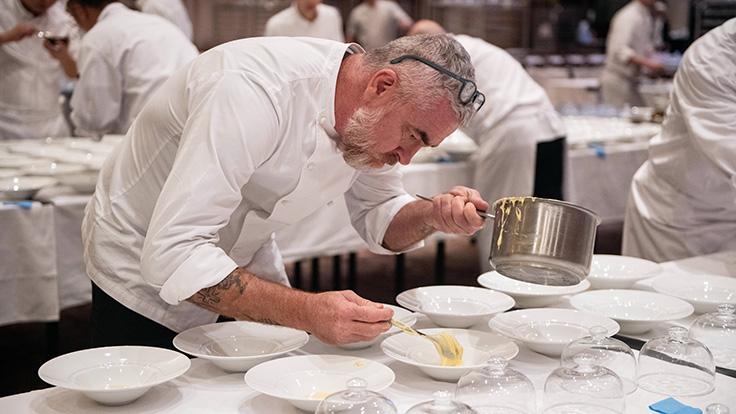 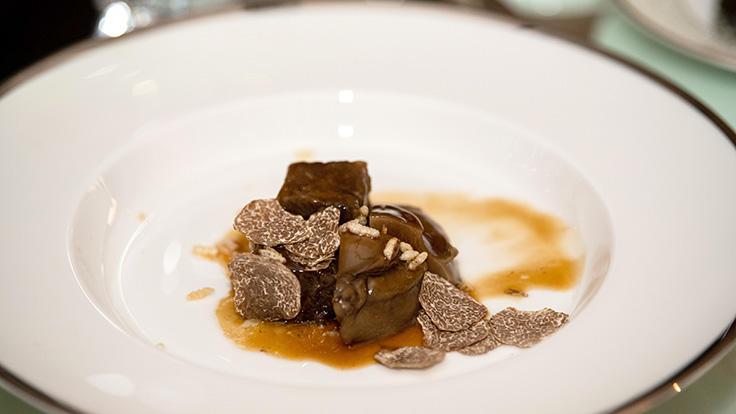 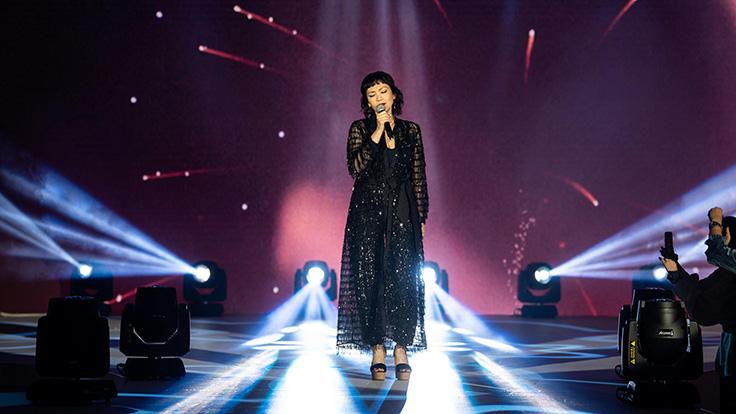 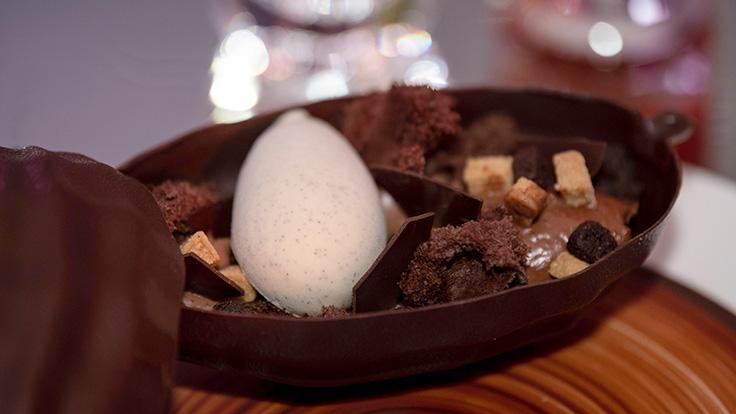 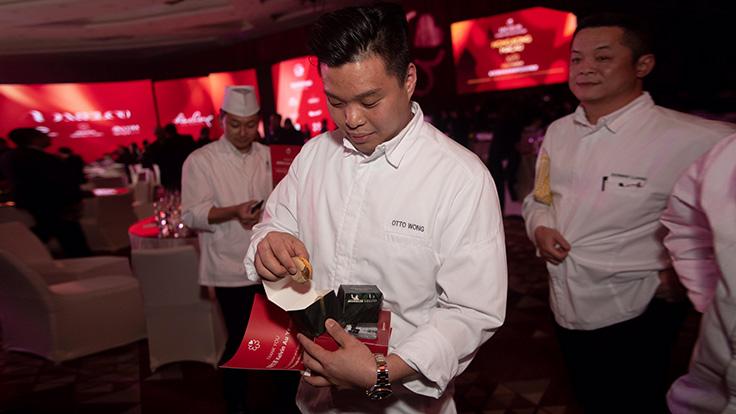 The evening's guests, including Otto Wong of one-starred Pearl Dragon, ended their meal on a sweet note with Nespresso coffee-infused macarons. 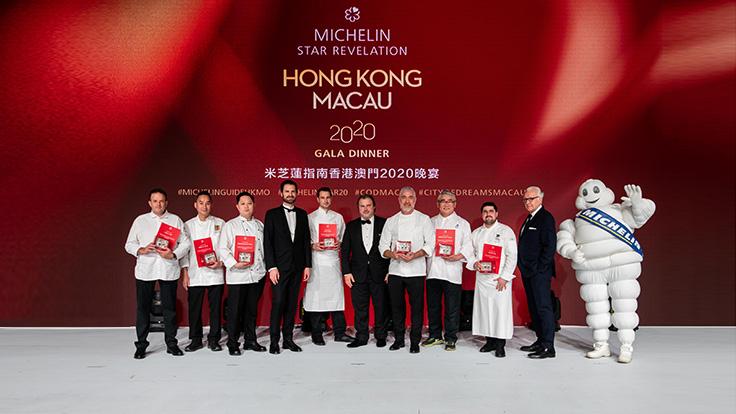 All seven guest chefs of the evening on stage with International Director Of The MICHELIN Guides Gwendal Poullennec.
Advertisement
Advertisement