What drives me inspiration Korean cuisine

One of the most challenging aspects of being a restaurant owner-chef is usually having to choose between spending endless days in the kitchen to meet the demands of running a business, and spending time with family.

For chef Sung Anh of Seoul’s two-MICHELIN-star restaurant Mosu, his priorities have always been clear. “Family has been important to me throughout my life,” explains Anh, father to two young children, 7-year-old July and 5-year-old Caleb. “I get a lot of inspiration from my family.”

The desire to devote more time to his family, he adds, was the main factor driving Anh’s decision to shutter his one-MICHELIN-star restaurant of the same name in San Francisco in 2017 and relocate with his wife Amy and their children back to his native Korea.

In 2017, Anh opened Mosu in Itaewon-dong and swiftly earned a MICHELIN star for the venue just a year after opening, followed by a second star in the MICHELIN Guide Seoul 2020.

Read What Our MICHELIN Inspectors Have To Say About Mosu

Even his choice of restaurant name reflects Anh’s steadfast focus on family. Mosu is a play on the word “kosumosu”, the colloquial term for the cosmos flower.

“I closed my restaurant and moved it to Seoul with the aim of spending more time with my family. It was a big decision for me to move to Korea,” admits the chef, whose impressive culinary resume includes stints at three-star venues such as The French Laundry and Benu in California. 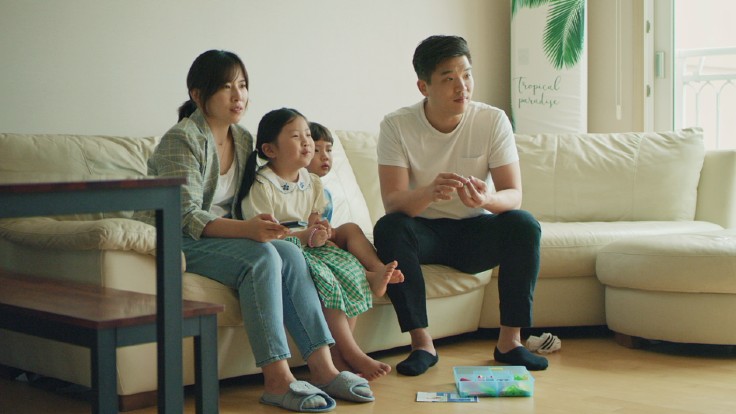 Chef Anh relaxing at home with his wife Amy and their kids.

“Looking back, my happiest memories are of visiting the park with my family as a child, and playfully running around cosmos flowers,” Anh explains. “It reflects my wish to create happy personal memories for my guests.”

Fittingly, the food that Anh and his team serve at Mosu does not really fit a specific genre or cuisine. It is shaped by his own personal memories and experiences, using ingredients that are local to Korea and harvested according to the seasons.

RELATED: The Favourite Ingredients Of Our MICHELIN Inspectors

One of Mosu’s signature dishes, which features Kalopanax (a medicinal Korean herb), fatsia sprouts and fried fish, was created based on his memories of picking fatsia sprouts with his restaurateur father when he was young. 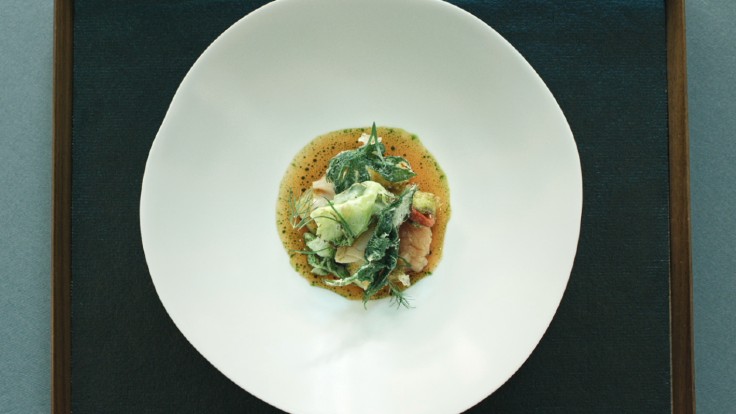 “The wild mountain herbs taste bitter, but I wanted to let my guests have a taste of the childhood memories and flavors that I used to like,” says Anh. “It is not only very unique and personal but also very appealing to a wider audience.” 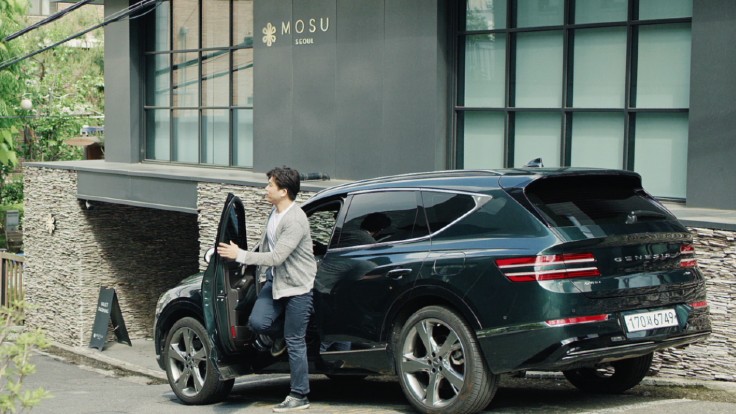 Chef Anh travels back to restaurant Mosu in a Genesis GV80 after spending time with his family in Seoul Forest.

He continues: “A lot of chefs lose balance in their life because of the work demands, the pressure of running a restaurant and keeping restaurant guests happy. I think it is also very important to stay balanced by spending time with my family.”

“I believe that I have been able to do that while running my restaurant,” he says.

Genesis is a design-focused luxury brand that embodies the philosophy of Athletic Elegance.
The Genesis product lineup consists of the flagship SUV GV80, flagship G90 luxury sedan, the G80 and G80 Sport midsize luxury sedans, and the G70 luxury sport sedan, which was named 2019 North American Car of the Year.
In 2018, Genesis was the highest-ranked brand in the automotive industry awards for quality and owner satisfaction by respected, third-party experts, including Consumer Reports, J.D. Power and AutoPacific.

For more information on Genesis and its new definition of luxury, please visit
http://www.genesis.com