The first virtual revelation of the MICHELIN Guide Hong Kong Macau is set to be held on 27 January 2021. Before the grand unveiling, we take a look back at the historic moments of the Guide since its inaugural edition in 2009. 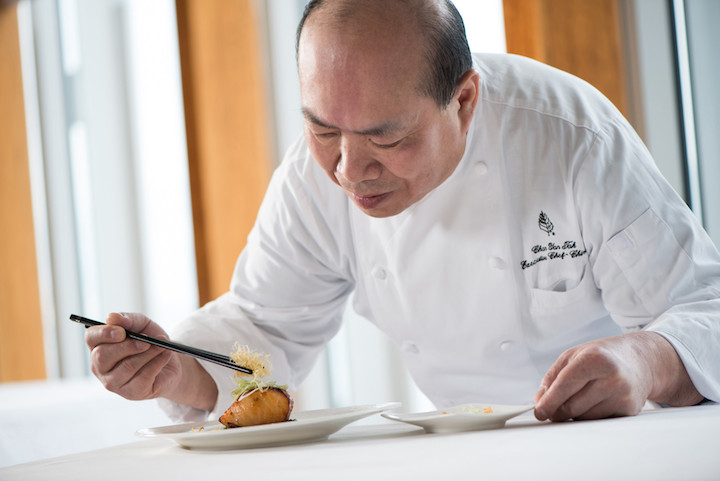 2009: The world’s first Chinese restaurant to be awarded three MICHELIN stars
Ever since MICHELIN Guide Hong Kong Macau’s launch in 2009, Lung King Heen’s MICHELIN three-star honour has got to be one of the most remarkable achievements of all time. As the first and only Chinese restaurant in the world to receive three stars at that time, Four Seasons Hong Kong’s Lung King Heen helmed by executive chef Chan Yan-tak (lovingly known as “Tak Gor”) has since put Cantonese cuisine—and the untold story of a Chinese chef with humble beginnings—on the map.

"There's an impression in many western countries that Chinese food takes the form of a takeaway box but because of the MICHELIN award, more people get to learn about Cantonese cuisine and its varieties and distinctive flavours," says Chan.

While it’s certainly a historic moment for the restaurant, the kitchen team was faced with another challenge—to keep the stars. "There is a wise Chinese saying," says Chan. "Three cobblers are equal to one Zhuge Liang—this expression is similar to ' Two heads is better than one.' The key is to listen to your teammates and get feedback to create the best work." Under Chan's leadership, Lung King Heen has held onto the stars tightly for 12 consecutive years, making it the longest standing Chinese restaurant to hold three MICHELIN stars.

The restaurant has since expanded to a restaurant empire with five locations locally, with the Sham Shui Po branch receiving one MICHELIN star for 10 straight years, and 38 franchise outlets in 11 countries around the region. In 2016, the title was given to Singapore’s Hawker Chan (then named Liao Fan Hong Kong Soya Sauce Chicken Rice & Noodles) — the world’s first food stall to be bestowed one MICHELIN star. Their signature dish, Soya Sauce Chicken Rice and Noodle, will set you back about HKD13. 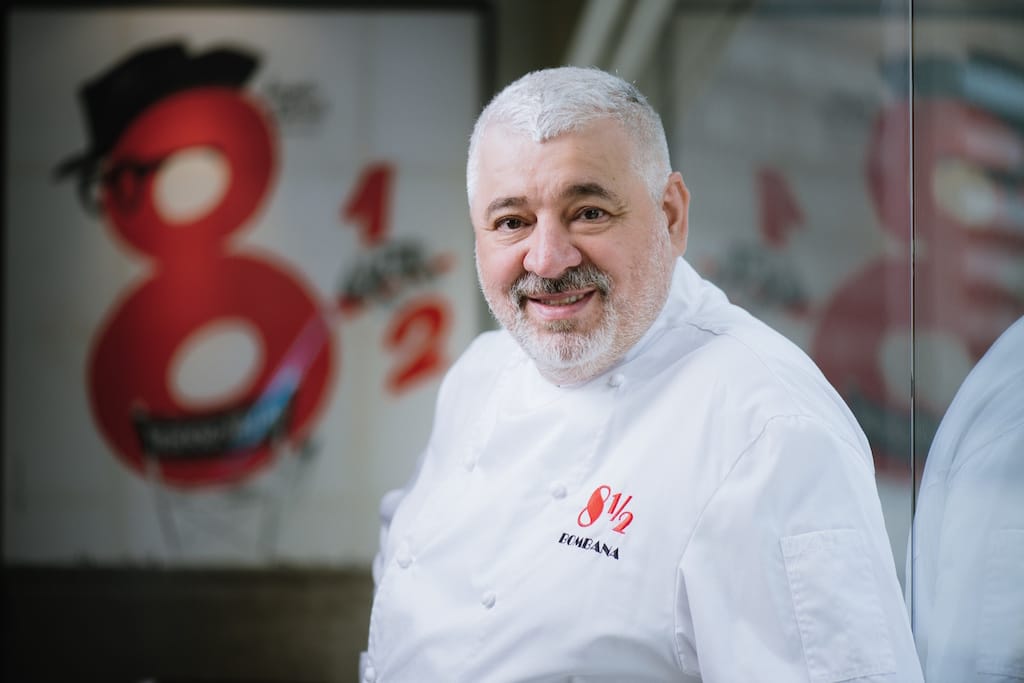 His secret? "Passion," says Bombana. "It's the only way to move forward." To the Italian chef, receiving three MICHELIN stars in Hong Kong, a place he has called home for almost three decades, has been truly special. "I love Hong Kong’s energy, the convenience, and the International crowd."

The Bergamo native has since opened home-style fine dining concept Octavium in 2017, which has earned —and kept— its one MICHELIN star since 2019. He also expanded his Otto e Mezzo brand into The Galaxy Macau in 2015, which has been holding one MICHELIN star for five successive years. 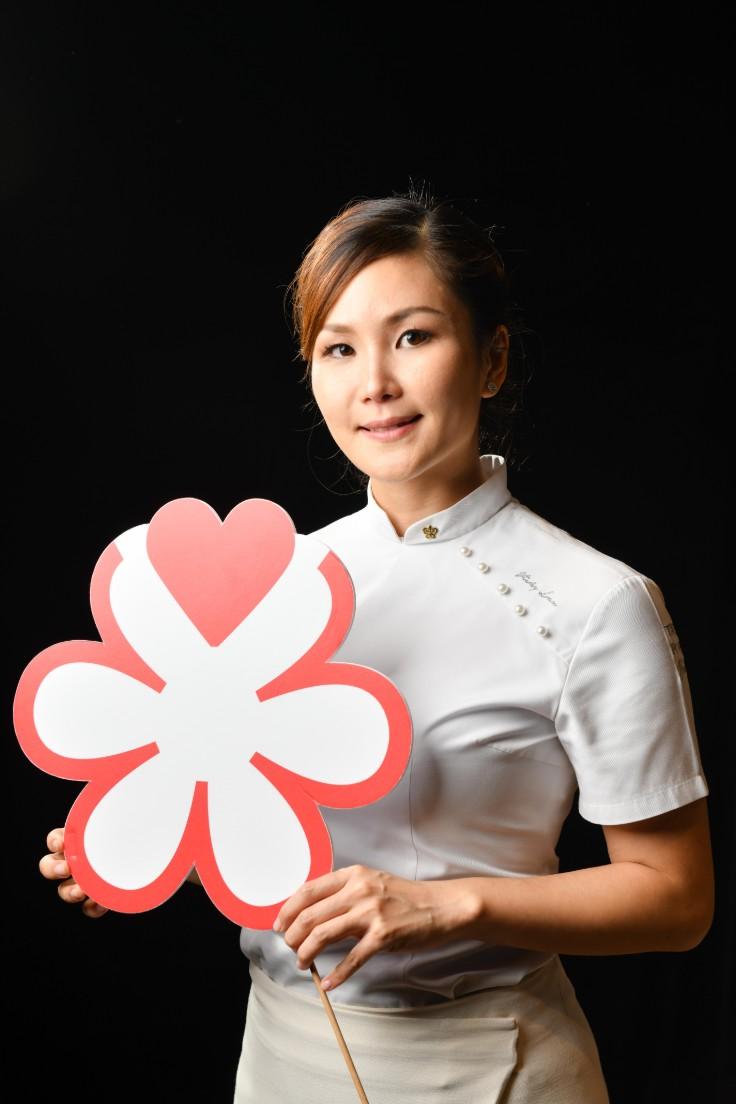 2012: The first female chef to lead a MICHELIN-starred restaurant in Hong Kong
In Hong Kong, like in many places, being a chef is not an obvious career choice for most women. This only occurred to Vicky Lau, chef-owner of MICHELIN-starred Tate Dining Room, after she opened the restaurant in 2012, which received its first MICHELIN star just after nine months of operation for its creative French-Chinese cuisine. "It was one of the most good surprising moments in my career," says Lau. "The guide’s standard based on quality of ingredients and character of cuisine gave us groundings to focus on what matters most."

Driven by her passion for cooking and a sense of mission to inspire and empower women, Lau puts her influence to good use by hosting regular collaborative events with female chefs and industry leaders.

Having kept the star intact for nine consecutive years, Lau shows no signs of stopping with her latest concept Date by Tate, a gourmet lifestyle store and bakery just launched at the end of 2020. Bringing a new dimension to the Tate experience, the space marries former creative director Lau’s love for design and gourmet food, which comes in the form of curated takeaway offerings, bespoke pastries and artisanal dinnerware designed by the chef herself.

2016: MICHELIN Guide Hong Kong Macau's new website
Launched in October 2016, the MICHELIN Hong Kong Macau website had been given a face lift as the only bilingual lifestyle editorial platform officially endorsed by Michelin. Designed by Robert Parker Wine Advocate in partnership with The Michelin Group, the new, mobile-responsive website is the digital version of the gastronomic bible for food trends and chefs to watch out for in Hong Kong, Macau and beyond, as well as an exclusive booking platform for Michelin Dining Series of events.

With the latest MICHELIN Guide Hong Kong Macau at your fingertips, the website also supports a booking system for some of the most coveted MICHELIN-starred restaurants in Hong Kong and Macau. The Magazine section is where MICHELIN Guide users and followers find fresh, locally curated articles on everything related to food, presenting in a gamut of topics: Features, People, News & Views, Dining Out, Dining In, Travel and Wellness. 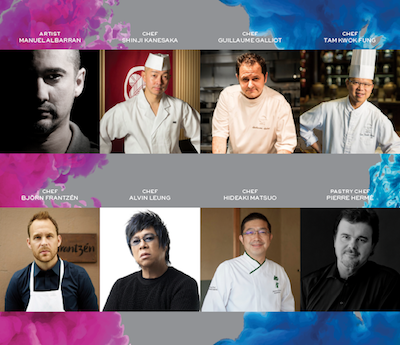 The star-studded event saw seven top chefs flying in from Hong Kong, Macau, Tokyo, Osaka, Stockholm and Paris to put together a one-night-only 14-hands dinner for 600 guests. Since then, the gala dinner has become one of MICHELIN’s most anticipated annual industry gatherings, with the 2017, 2018 and 2019 edition of MICHELIN Guide Hong Kong Macau celebrated at City of Dreams, Macau.

2018: Introduction of The MICHELIN Plate
The Stars and Bib Gourmands often garner the most attention, but with the introduction of L'Assiette MICHELIN, or the MICHELIN Plate symbol in 2016 in the Paris Guide, restaurants that “simply serve good food” are getting the recognition they deserve, with the eligibility to be promoted to receive MICHELIN stars in subsequent years.

In 2018, MICHELIN unveiled the new designation in the Guides worldwide, including the MICHELIN Guide Hong Kong Macau. Restaurants in the selection are judged by the same five criteria used for starred and Bib Gourmand restaurants: quality of the products, mastery of cooking, harmony of the flavours, the personality of the chef in his cuisine, and consistency across the menu and over time.

READ MORE: What Does It Mean To Be In The MICHELIN Guide?

2021: Introduction of The MICHELIN Green Star
For the first time, MICHELIN Guide Hong Kong Macau 2021 edition will welcome a new distinction, the MICHELIN Green Star, to recognise outstanding approaches to sustainability in the industry. The award is given to one or more establishments dedicated to implementing sustainable gastronomy and virtuous initiatives in its day-to-day operations through practices such as recycling, food waste reduction, or the promotion of local and ethical ingredient sourcing.