As itinerant restaurant obsessives, Michelin Inspectors are privileged to observe culinary trends as they develop. This means we are often lucky enough to taste lesser-known ingredients before they become the next big thing. Of course, many ingredients “unknown” in the American mainstream are everyday foods in their cultures of origin; one gastronome’s novelty might be another’s bread and butter. In the spirit of sharing our enthusiasm, we've rounded up five ingredients that have recently caught our attention. Each merits a special place in America's endlessly diverse culinary landscape: we hope they provide inspiration for your next culinary adventure, whether it's a meal out or in your own kitchen.

Developed in 2014 by plant breeder Michael Mazourek as part of his doctoral research at Cornell, the habanada is a habanero with a novel twist: it’s a sweet pepper, totally lacking the variety’s typical fire. Gone is habanero’s signature blistering spice, but its distinct fruity flavor, reminiscent of muskmelon, becomes the star player. At Ryan Ratino’s Two-Star Jônt, an ambitious newcomer to the DC restaurant scene, full advantage is taken of the pepper’s special qualities. Presented as a solitary piece of pâte de fruit (a fruit-based jelly set with pectin), the familiar flavor prompts an expectation of punishing heat that never arrives, and the result is a culinary sleight of hand in a single bite.

Find it: Burpee and various Etsy sellers sell habanada pepper seeds, so you can grow your own, or order a plant from Gurney’s. 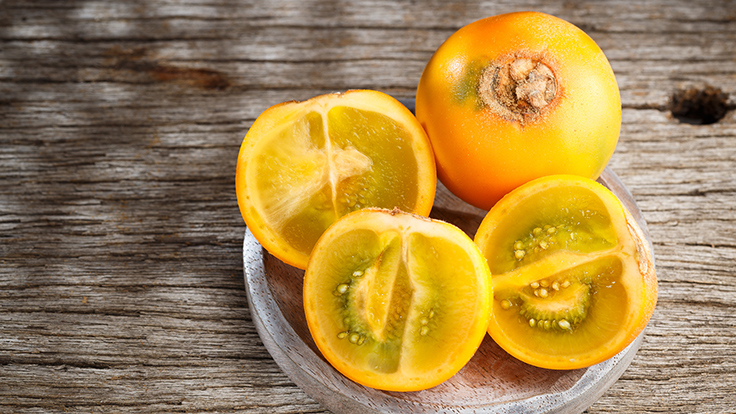 Also known by the name naranjilla, this small, orange-colored fruit is endemic to Central and South America. A member of the nightshade family, it bears a superficial resemblance to its relative the tomato. Its flavor is citrusy and bright, comparable to lime, and is used in lulada, a Colombian drink. That refreshing aspect is put to great use at One-Star Elcielo in Washington, DC, where it’s incorporated into a palate-cleanser: a tart, silky semifreddo dusted with basil powder, which you’re encouraged to lick directly off the plate. This kind of playful, interactive culinary experience is typical of El Cielo and chef-owner Juan Manuel Barrientos Valencia, whose restaurant empire is well-established in Colombia.

Find it: Depending on where you live, you can find lulo at regular supermarkets, fruit stores, or stores that stock Central and South American imports. Fierce Fruit sells 11lb for $35. On Mercato and you may be able to order delivery from a nearby store. 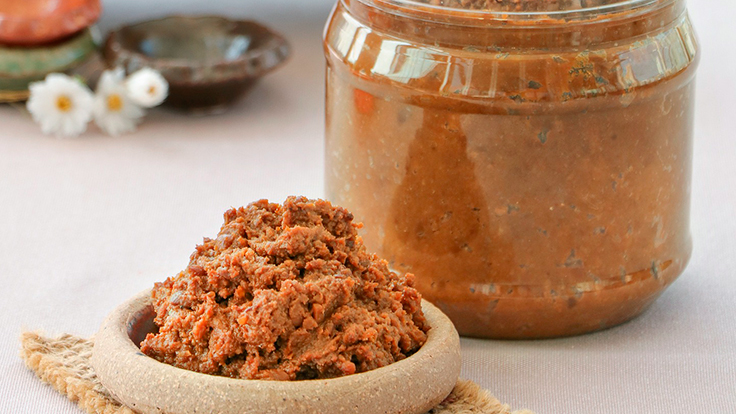 This fermented soybean paste is an everyday Korean ingredient, and is well-known to anyone familiar with the cuisine. Compared to its Japanese counterpart, miso, doenjang is rarely seen outside of traditional Korean restaurants—but that could change. Although similar in many respects to miso, doenjang (pronounced, roughly, “DWEN-jahng”) is made using a different method, and its flavor is generally more assertive, both sweeter and more bitter, with a bold, funky aroma sometimes likened to blue cheese. At One-Star Kochi in New York, chef Sungchul Shim ingeniously deploys that bold, cheesy flavor to bolster a creamy béchamel sauce accompanying a a deep-fried skewer of layers of sweet potato and sunchoke. The combination is a wonderful synthesis of French and Korean cooking, comforting yet daringly modern.
Find it: Your nearest Korean supermarket has doenjang. If you can’t get to one, find it at H Mart, Seoul Mills, or Kim'C Market. 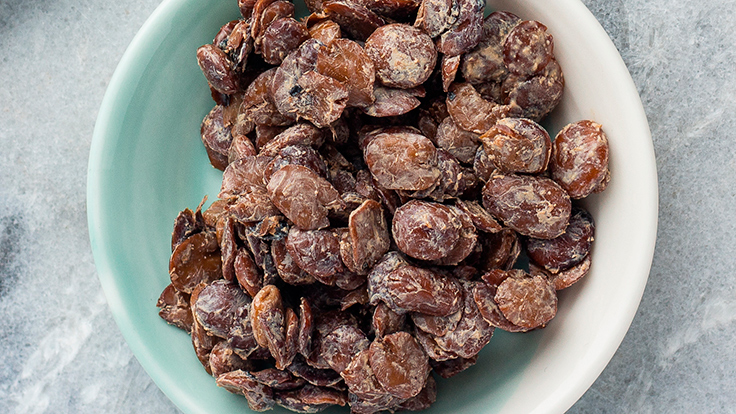 Iru demonstrates that umami-packed fermented legumes aren’t solely the province of Asian cuisines. This rich, pungent ingredient, made from the African locust bean, is a staple of Nigerian cuisine, where it’s a typical component of a variety of soups and stews. Although it shares some of miso’s nuttiness (and doenjang’s cheese-like tang), this culinary chameleon also has notes of dark chocolate and mushroom. Chef Shola Olunloyo, debut talent at the sold-out Chef in Residence series at Stone Barns, used this versatility to great effect, weaving the ingredient through the meal, where it enhanced a beef tartare with peanuts and lemongrass (a play on suya, a common Nigerian street food comparable to beef satay), a seared scallop with huitlacoche and brown butter, and crisp-skinned pheasant with egusi, a stew made from kale and pumpkinseed. With an ambassador as skillful and accomplished as Chef Olunloyo, it’s no doubt that iru (and Nigerian cuisine as a whole) will take the national stage.

Find it: The easiest place to find iru in the US is on Etsy. 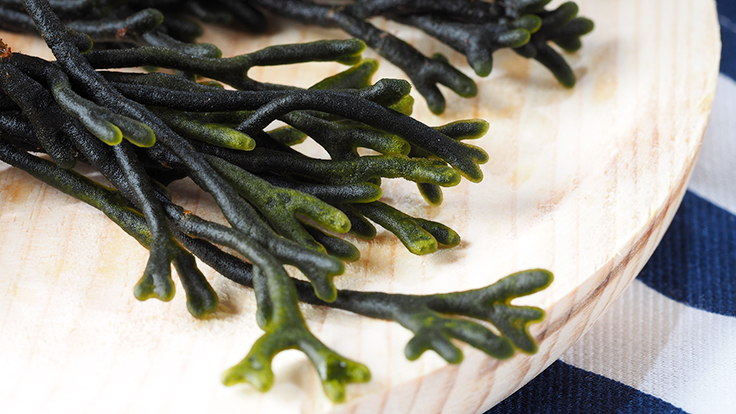 This marine plant is prized for its intense oceanic flavor and springy texture, which are reminiscent of its Spanish namesake, percebe, referring to gooseneck barnacles, considered a delicacy. This seaweed, also known as codium (from the name of its scientific genus), can be found in shallow waters throughout the Atlantic, but it’s especially prized where it's harvested along the Iberian coast. At One-Star Porto in Chicago, Chef Marcos Campos uses its briny flavor to enhance an uni conserva from La Brújula (an all-female producer of luxury seafood preserves based in Galicia). Served atop crisp, buttery toasted brioche with a cream made from São Jorge cheese and cauliflower, it makes for a bite that combines the flavors of land and sea.
Find it: You can source this seaweed from the same place that Porto gets theirs: Algas la Patrona.