All across the country, home cooks and chefs of Michelin-recognized restaurants alike are basking in the abundance of corn season.

Corn is among the most generous of vegetables—naturally sweet and crunchy, edible raw or cooked, and freezes well, too.

Corn's culinary uses are endless: Toss the raw kernels with leafy greens for a salad, make the whole cob shine in soups and chowders, grill ears and cover with cheese, chile powder and cilantro, or simply serve with a generous schmear of butter and a sprinkle of salt. The humble and versatile produce is the season's answer to what you should be eating now. 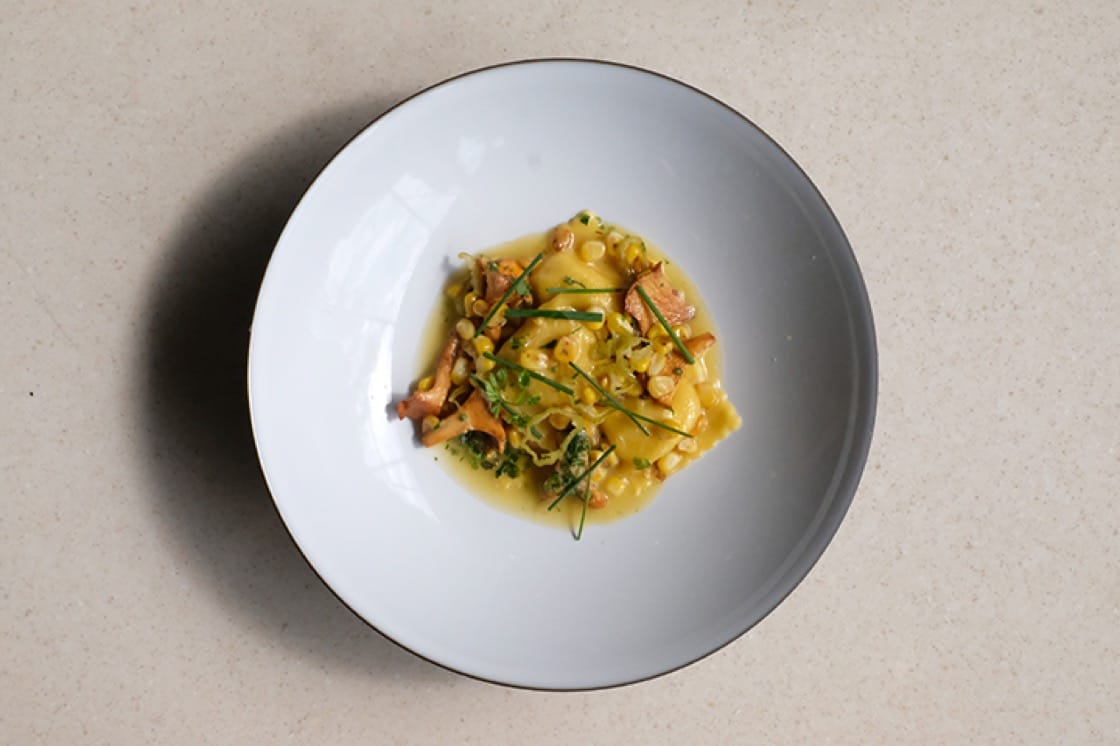 Corn is also among the most cross-cultural of ingredients and is grown on every continent except Antarctica (but with the arrival of a new greenhouse last year, even that is bound to change).

At restaurants across the country, chefs are embracing corn season with inspiring creativity. At the two-starred Marea in New York, chef Michael White serves corn with Maine scallops, basil and bottarga. The opulent, one-starred Plume in Washington, D.C.'s Jefferson Hotel uses the season's crop in a chilled, sweet yellow corn soup with a soybean crisp as an amuse bouche. At one-starred gastropub Band of Bohemia in Chicago, Ian Davis has put a burnt corn ravioli on the menu with duck confit, chanterelle mushrooms, and truffle. And at Daniel Boulud's db Bistro Moderne in New York, pastry chef Tyler Verbiak serves a sweet corn crème brûlée.

Despite being widespread and dominant among crops, the season is very short for serious eaters and chefs. As any chef will tell you, it's not even worth using corn until you can get the good stuff (as is the case with most all other produce). The season for this crop roughly runs from July through September—with shorter or longer seasons depending on where you're located—with organic varieties sometimes available for only a few weeks.

Find it roadside during long summer drives or at your local farmers' market where it's bound to fill a good portion of baskets. And even though it's often sprayed with pesticides during growing, corn's protective husk keeps it off the "Dirty Dozen" list—which includes other summer favorites like peaches, strawberries, cherries, tomatoes and nectarines—so there's little need to worry about such concerns in non-organic crops.

Related: Guisado de Nopalitos Recipe
If you're holding a cob this summer, keep in mind that only a fraction of corn makes its way directly to consumers. 76% of corn grown in the United States is used for animal feed and biofuels—meaning that the ear you're holding is a rare chance for corn to shine in all its natural glory.