The sight of a neon red paper clip shining through a glass storefront might not immediately bring to mind a sophisticated tasting menu, but Kevin Chen and Tashi Gyamtso are a team that does things their own way. The duo—who met at Blue Hill at Stone Barns, and whose credits include stops at the three-MICHELIN-starred Alinea in Chicago and Kikunoi Honten in Kyoto—have self-financed a restaurant that represents their combined years of kitchen creativity: Red Paper Clip. The restaurant is a reflection of the pair's careers and its name a reference to the story of Kyle MacDonald, who in a series of 14 online trades beginning with a red paper clip ended up with a house. "Tashi started as a dishwasher. . . . I was working at Dunkin' Donuts at 14 years old. We don't have any formal education, so we kind of worked our way up," explains Chen.

While much attention has been paid to the menu's incorporation of Taiwanese and Himalayan ingredients, the chefs categorize their concept as an American tasting menu. "It's a New American restaurant," Chen says. Inside a cozy space that offers eight stools at the bar and 24 seats in the dining room, Red Paper Clip's menu is a mixture of memories from the team's travels and kitchen experiences. For Chen, familiarity with Taiwanese soup dumplings and witnessing Alinea's famed black truffle explosion led him to develop Red Paper Clip's xiao long bao agnolotti. The pasta is stuffed with pork and truffle, boiled and then topped off with black vinegar. It's a dish he had been thinking about putting on a menu of his own for six years. For Gyamtso, time spent at Blue Hill led him to develop a carrot katsu with kohlrabi, ginger and shiso. 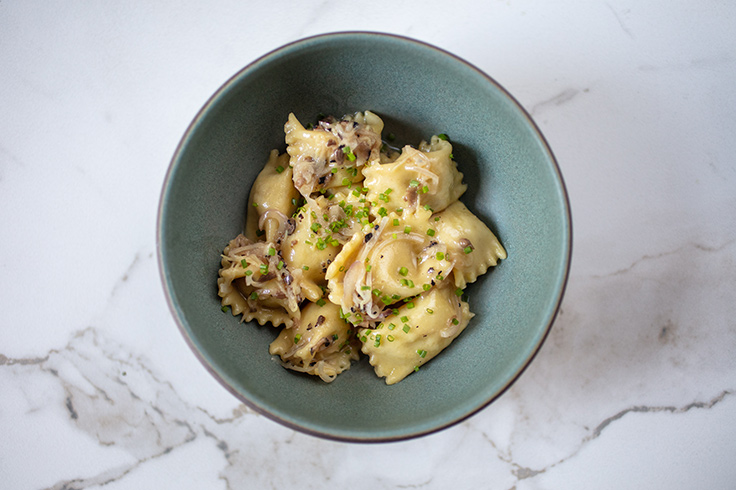 "These [first] few weeks of experimentation and trial by fire have really focused our efforts," notes Chen. Some of the current offerings include an everything brioche with egg yolk and trout lox; fettuccine with nori and maitake; and lobster served with scallion, ginger and chile. There is also an emphasis on desserts thanks to Chen's background in pastry. "I feel like restaurants are really neglecting their pastry program," Chen states.

The restaurant plans to create playful takes on traditional tasting menu stalwarts like like a cheese course (one idea being tossed around is a goat cheese cake with rosemary honey and grapes) in order to get guests thinking outside of the box. And instead of an amuse bouche, Red Paper Clip will offer what they call "interruptions." The "standard" tasting menu will be updated each month, and there will also be a vegetarian option available.

"We're not restricted by any ingredient or technique. We do whatever makes sense," Chen notes. The restaurant's tasting menu plans to break from the traditional order of courses too, mixing the line up of raw and cooked dishes in order to make bites even more impactful. 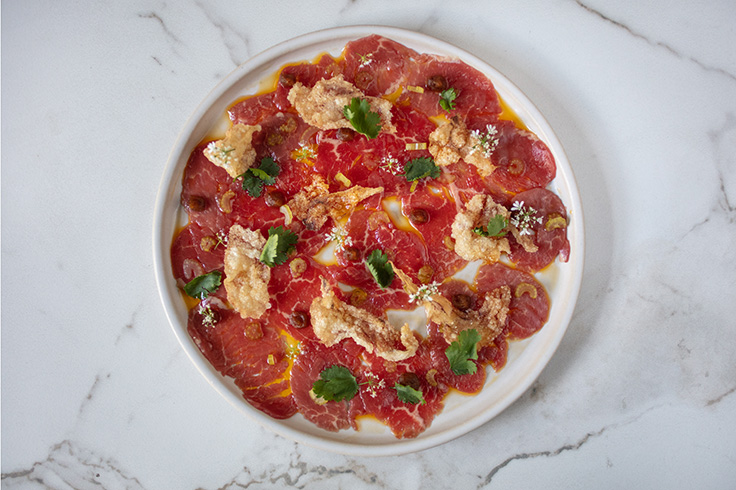 Beverage director John Parson, formerly of one-MICHELIN-starred Agern, has crafted drink pairings that go beyond wine to include sake, beer and cider as part of the experience. "I'm not a certified sommelier, but I've been mentored by [them]. They've rejected the formal training and have been successful," Parson says. The restaurant is also working with select breweries and meaderies to offer exclusive collaborations, and is also committed to reducing waste by reimagining ingredients between the bar and kitchen. Unused ingredients are transformed into infusions, syrups or oils. For example, the short rib dish uses mead lees, while sake leaves were incorporated into a turnip gazpacho. Parson is also currently working on a matsutake shochu he's excited to share with guests. 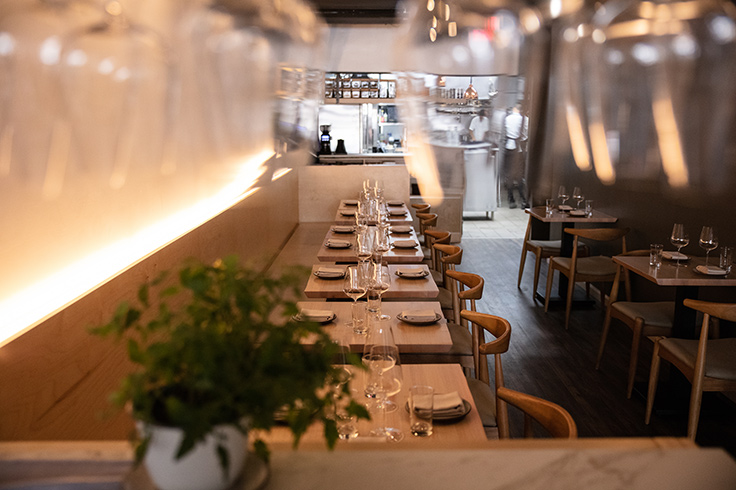 The owners handled all of the design elements within the intimate space, with Chen serving as lead designer. The minimalist aesthetic and cozy interior helps focus the attention on food and plating technique. "You are inches away from other people. We're hugging one another to make it happen," explains Parson on the genuine intimacy of the space. In addition to the tasting menus, an à la carte menu is available at the bar, which offers seating on a first-come, first-served basis.