It’s important to note that Atomix, the two-MICHELIN-starred restaurant in Manhattan, is named after the ancient Korean word for gift. The experience, envisioned by chef/proprietor Junghyun Park and co-founder/manager and his wife, Ellia, is full of rewards. None are so great, perhaps, as chef Park’s commitment to reinvention; his ceaseless ambition to translate the rhythms of the season into the guest’s ultimate pleasure.

The 10-course tasting menu at Atomix is embedded with Korean ingredients and techniques that change as soon as each season begins to feel less like itself and more like the next. Through the course of a year, sugar snap peas give way to eggplant in the sukchae, or cooked vegetable course, and duck breast is supplanted by buttery golden eye snapper for the gui, or grilled, course.

“Atomix is not a traditional Korean cuisine restaurant,” Park says. “It is a restaurant [that] aspires to deliver aspects of Korean dining culture and history that we admire.” 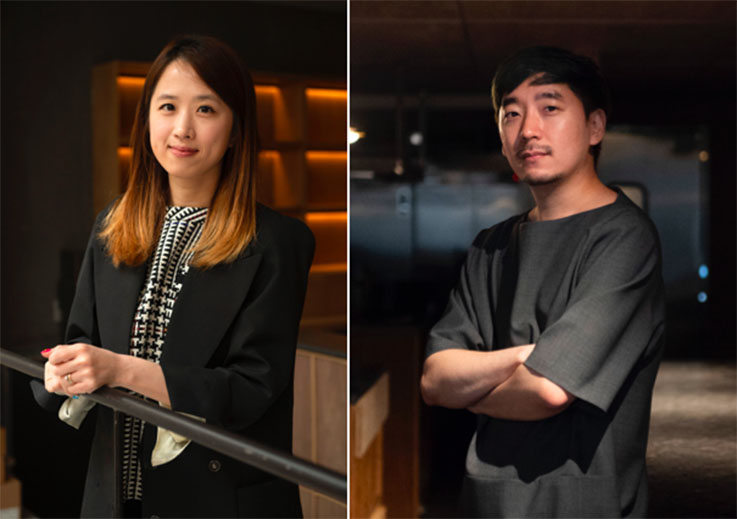 The one constant on a menu perpetually in flux is the presence of grains—or specifically, rice. Rice has been cultivated in Korea for thousands of years (the country once grew well over 1,400 indigenous varieties). Today, it is a fundamental ingredient in the cuisine, inextricably linked to Korean daily life and identity. The everyday greeting, “bap meogeoseoyo?” literally translates to, “have you eaten rice yet?”

At Atomix, Park applies the same thoughtfulness to preparing rice as he does to showpiece ingredients like Mangalitsa pork or imported peak season fruits like chamoe, the refreshingly crisp Korean melon.

“The story of rice and its significance is something we want to highlight,” he says. “It's so mundane that its preciousness may be easy to overlook, but it's something that we must preserve.”

Park selects koshihikari rice, a premium short-grain variety, for the restaurant’s late fall and winter menu. Koshihikari is a relatively recent strain of rice that was developed in Fukui Prefecture, north of Kyoto, Japan, in 1956. Of the short-grain varietals—known for their appealing glutinous consistency—koshihikari is particularly revered for its natural sweetness and melting texture. 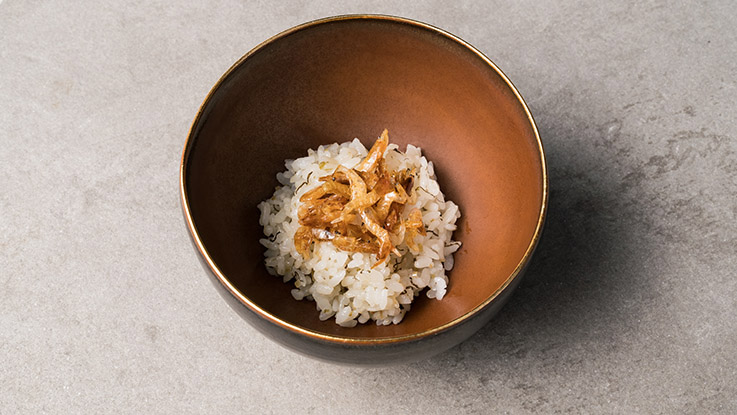 The koshihikari rice used at Atomix is grown in Northern California (the Sacramento Valley is the primary growing region for short-grain rice in the U.S.). Park initially hoped to serve rice imported from Korea, but the small-batch varieties he was looking for were not readily available. He decided instead to use the California-grown koshihikari for its comparable quality and taste.

“As with any other component of dining, we consider our rice and grain for each season's new menu to ensure that it is cohesive and complementary in flavor and texture.” In the winter, he seasons the cooked rice with savory pine nut doenjang and tops it with nutty pearls of barley and sweetly saline filets of Hokkaido sea urchin.

To fully control the quality, he goes one step further and mills, or polishes, the rice in-house. As soon as rice is milled and the outer layers (the husk and the bran) are stripped away, it begins to oxidize. This oxidation deteriorates the quality of the rice by dampening its flavor and diminishing its nutritional value. It’s also why old milled rice takes longer to cook and may not yield the same satisfactory sticky texture of freshly polished grains. By milling rice on a daily basis, Park is able to retain a consistent texture for each guest.

But freshness is just one benefit of in-house milling. The technique also allows him to customize the rice for his tasting menu. “We like to control the level of polishing,” he says. “Our favorite is ohboondomi, which translates to rice that's 50% polished between white and brown rice.”

Partially milling the rice maintains the resilient texture and digestibility of white rice without losing too much of its nutritional value or flavor. Park determines the extent to which he mills the rice based on the specific features he is after.

“White rice has a subtle sweetness but is clean and with a simpler texture,” he explains. “Ohboondomi has more of a bite and imparts an earthy taste as you chew. All these things are considered along with the garnish and sauces.”

It’s quite possible to overlook this deep consideration of rice at Atomix because Park applies the same attention to detail across his entire menu. Almost every element of each course is noteworthy, from the in-house polished rice to the cold-pressed sesame oil and the years-old fermentations. Luckily, these kitchen intimacies—not typically revealed to guests—are shared in the form of artfully designed cards, packaged as a keepsake at the end of the meal. It is a collection of a chef’s ruminations and aspirations to be studied long after the meal is finished.

Estonia 2022 Green Star
All articles of Dining Out