We get them in sizzling strips, crispy belly slabs, breaded and fried into porkchops Milanese, and slow-roasted in a stew. But how much do we really know about the pork we're consuming?

Here's the lowdown on five of the tastiest breeds.

A pig wrapped in a woolly fleece might sound whimsical, but the curly-haired hog exists in the form of Mangalitsa pigs. And they produce a meat so delicious it's been hailed as the “Kobe beef of pork.”

Mangalitsas were historically raised for lard and prized for their mellow, silky fat. Their popularity declined with the substitution of cheaper vegetable oils for lard, and the availability of hogs that were leaner, faster-maturing and less expensive (but also less flavorful). Purebred Mangalitsas nearly vanished until a Hungarian geneticist worked to revive the breed several years ago. 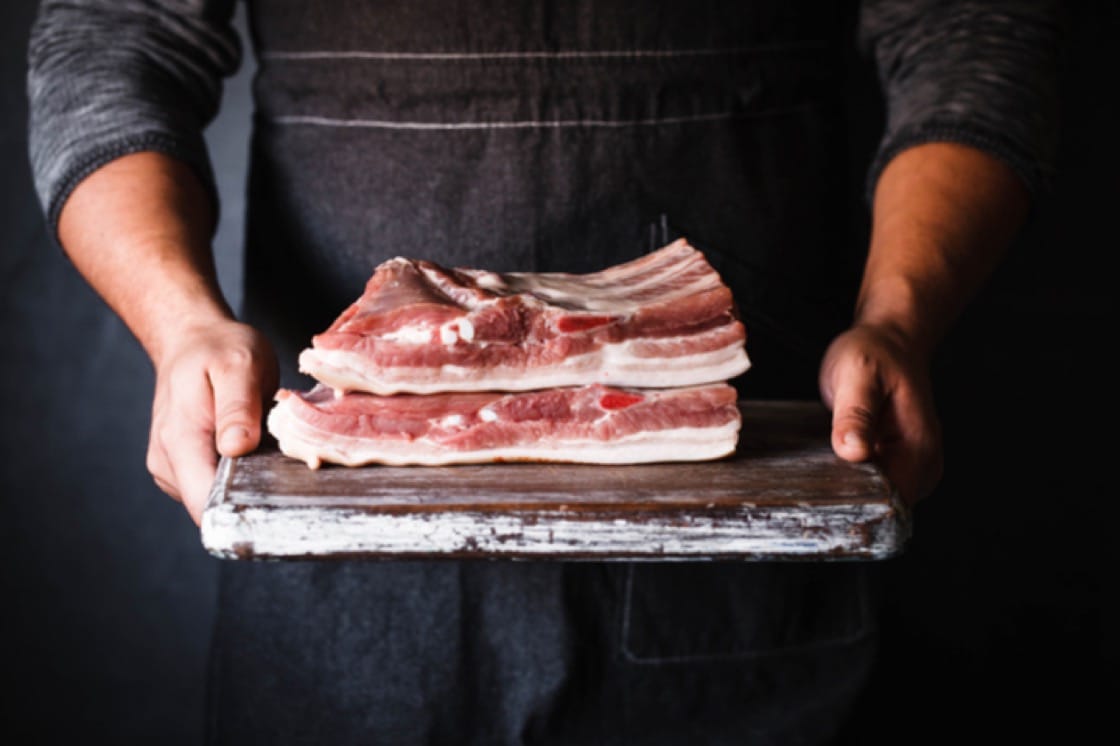 Slabs of pork belly from the British Berkshire pig.

They're prized for their juiciness, flavor and tenderness. The meat of a Berkshire pig is pink-hued and heavily marbled. And its high fat content makes it ideal for long and high-temperature cooking.

Herds of the breed are still maintained in England by the Rare Breeds Survival Trust at Aldenham Country Park, Hertfordshire, and by the South of England Rare Breeds Centre in Kent. But due to cross-breeding, fewer than 300 pure Berkshire sows are known to exist. The pig is also bred in Japan's Kagoshima Prefecture, under the name Kagoshima Kurobuta.

In fact, the local black pig is held in such high regard that many restaurants serve the cuts of the pork with some strands of the ubiquitous black hair still visible to authenticate its origins. The hair doesn't deter the eater much since most of the black pork is served in Korean BBQ houses and will get charred to a crisp upon cooking. 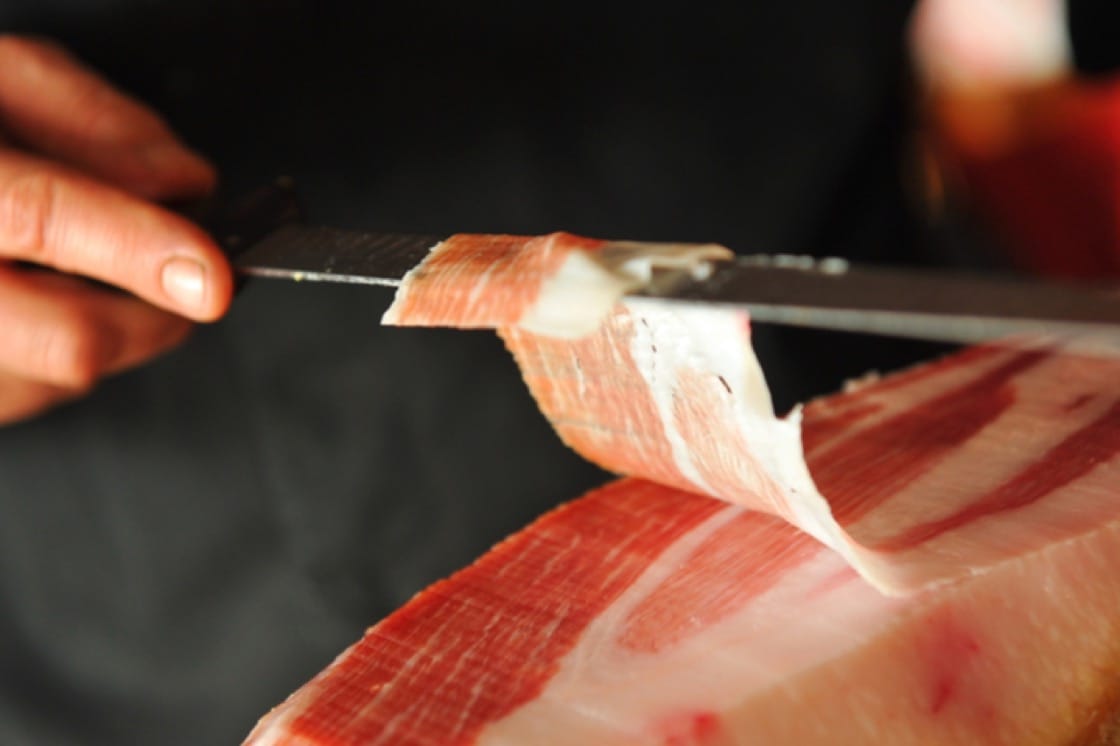 Jamón ibérico ("Iberian ham") is a type of cured ham produced in Spain and Portugal.

Delivering flavor and texture like no other—delicate, nutty, with a melt-in-your-mouth marbling—the black Iberian pig is more commonly known by its Serrano name of pata negra. It looks dramatically different from the domestic pigs we're used to. With black hair, almost slender-looking legs and big floppy ears, pata negra from South-Western Spain is the last of its kind.

It is an indigenous, free-roaming link to the European wild boar. Pata negra forages the forest floors of the region's dehesas, or Mediterranean oak woodlands, feasting on wild thyme, rosemary, mushrooms, and most significantly, acorns. This ancient and natural diet coupled with pata negra's genetic ability to store fat inside of, not just around muscle tissue, produces a uniquely tender, rich, rosy meat that's almost beefy in flavor.

Pork is a prominent part of Kagoshima to this day, which is why it is not surprising to hear that Kagoshima is the leading producer of pork and that the Kagoshima kurobuta (black pig) is one of the country's most highly regarded variety. But as mentioned earlier, the origins of the kurobuta pork can be traced back to the black British Berkshires. The English royals were said to have kept a herd of the black Berkshires at the Castle of Windsor, and some of these pigs were brought to Japan by British diplomats as a gift in the 19th century. However, modern Kagoshima kurobuta is typically a hybrid of the British or American Berkshire and domestic black pigs.