“We approached it in a different way, I think—our style as people, but also what we feel Greek food really is, or can be,” says Kiki Karamintzas, owner of Kiki’s, located on Division Street in Manhattan’s Chinatown. “I’m proud of what we have brought to the proverbial and literal table.”

Born in Poughkeepsie, New York, Karamintzas has a long history with food and restaurants, often having vast family style meals and working in her parent’s restaurants.

“My earliest memory of working in the restaurant was cleaning the booths,” she says. “My parents would incentivize my brothers and myself into working. We became very close with a lot of our customers and I think that’s kind of why this restaurant is really all about the neighborhood.”

Karamintzas opened her eponymous Greek taverna on April 5, 2015, just a few days shy of her 30th birthday; she pays an homage to her neighborhood’s Chinese American community by way of the restaurant awning that states “Kiki’s Hellenic Tavern” in Mandarin.

On the menu, you’ll find traditional Greek dishes like tzatziki, grilled octopus, horiatiki salad, pastichio and spanikopita—her mom’s recipe and a family favorite. The recipes come from both Karamintzas’s family as well as her partner's, Nick Spanos. (Though her mother is American, she learned traditional recipes upon marrying Karamintzas’s father, a native of Katerini, Greece.) 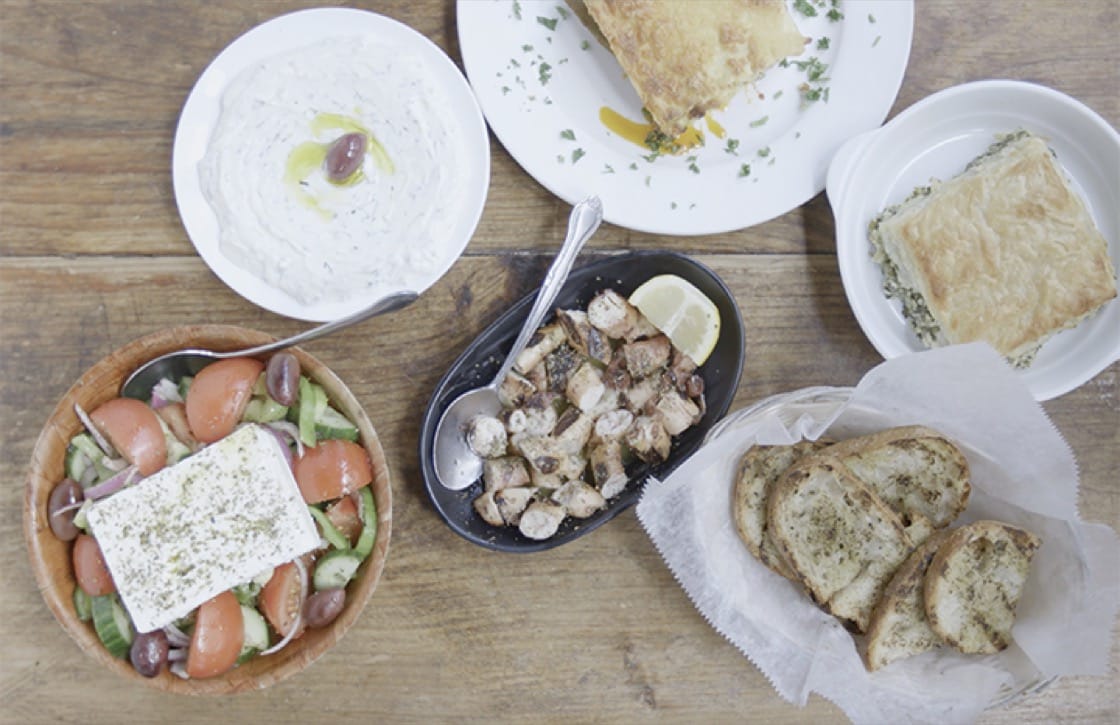 “There was a moment when I was younger where I was like, ‘I only want tomatoes from Greece,’ which sounds so ridiculous, but those tomatoes were magical,” she says. “They’re so good.” Karamintzas strives to source ingredients that are as close as she can get to what she remembers having as a child growing up in both Greece and in America.

If she’s not visiting family, or traveling for something specific, you can find Karamintzas at Kiki’s. “I’ve always worked in a restaurant—no matter what I was doing,” she says. “But I also kept getting drawn back to it and it was finally like who am I kidding? This is where I belong. There’s no reason why I shouldn’t. And my parents worked so hard in their life, all their life, still, so I have no room for complaining. If I’m tired, there’s no room for that because my parents have worked in this business for a very long time and they still work—they work harder than I do, I think, but this is our everything, you know?”