The acclaimed chef is back on the Chicago dining scene inside the Ace Hotel.

There was an air of mystery surrounding the 2016 closure of Trenchermen, Chicago's beloved Wicker Park restaurant. It was opened by chef Pat Sheerin and his brother Michael with the restaurant group Heisler Hospitality, and Michael had already departed a couple of years prior. When Pat announced that he too would be stepping away for personal reasons, it was unclear exactly what happened.

When Sheerin resurfaced in 2018 as the executive chef of City Mouse, the restaurant at the Ace Hotel Chicago, it felt a bit like a resurrection of his previous work. Trenchermen's menu had been both reliable and prone to whimsy, with entrées like seared sea scallops and Japanese sweet potato cappelletti sharing space with appetizers like fried pickle tots scattered with trout roe. This same scheme is clearly on display at City Mouse. The scallops and cappelletti (this winter made with chestnuts) are back, and the appetizer that Sheerin and his staff were the most excited to point out was the playfully named "Country Mouse," bite-sized appetizers of caviar with cheddar and caramel, designed to evoke the classic Chicago popcorn mix. City Mouse isn't Trenchermen, but that marriage of time-tested favorites and snappy treats is back on display. 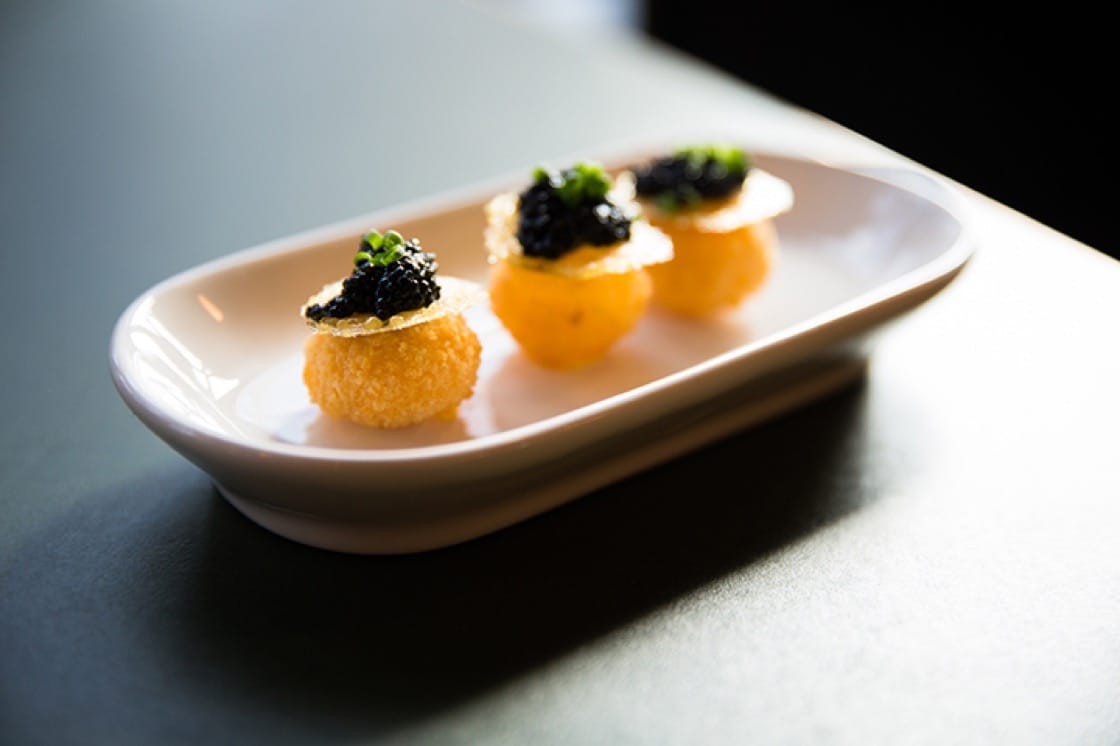 "Country Mouse" is an appetizer of cheddar, caramel and caviar. (Photo courtesy of Ace Hotel Chicago.)

Yet the question remains: where did Pat Sheerin go between Trenchermen's closure and the opening of City Mouse? It turns out 2016 was full of significant challenges. 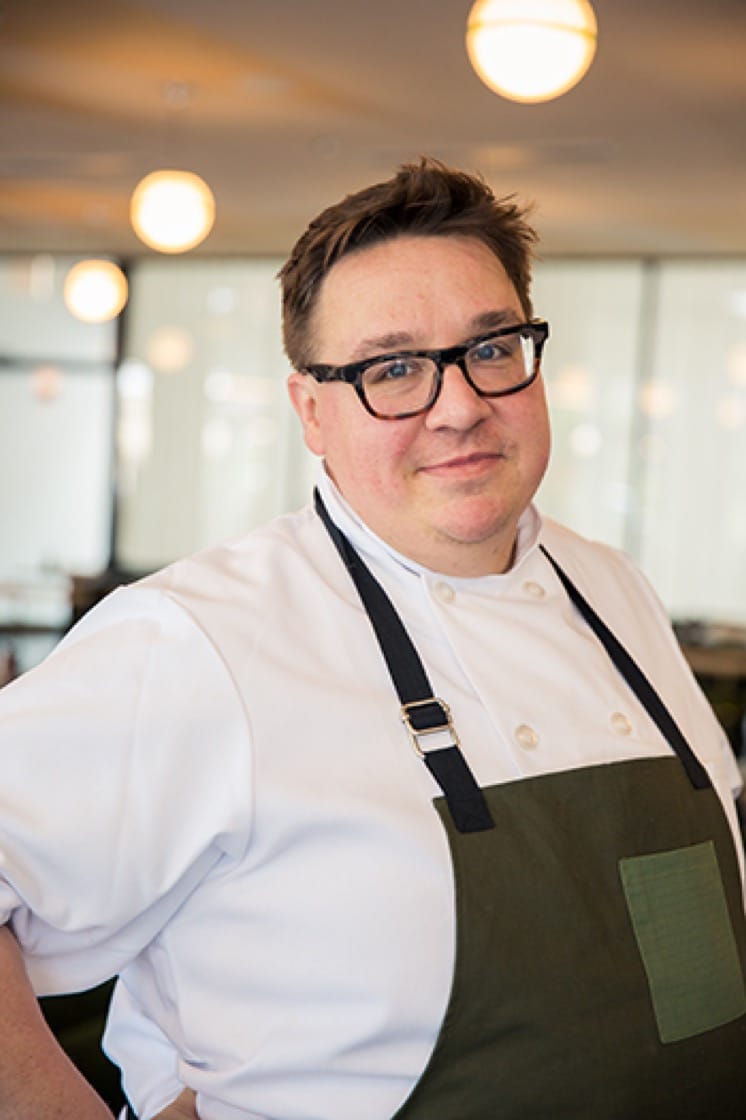 Sheerin's mom died that year, coinciding with him experiencing a number of seizures of unknown cause. The seizures were so severe, Sheerin says ruefully, that "during one of them I actually separated one of my shoulders and really tore the hell out of both rotator cuffs." In the immediate aftermath he was left with limited mobility in his left arm and a need for corrective surgery, and his doctors later told him they found years worth of scar tissue, almost certainly resulting from his time as a chef. He was going to need at least six to eight weeks of recovery time and, according to Sheerin, when he discussed this with Heisler Hospitality they told him they were thinking about picking up a new chef and going in a different direction—and they did. Trenchermen became Trench, which despite being well-reviewed, closed for good some eight months later.

The departure from Trenchermen wasn't planned, but it also wasn't all bad. "I have a fifteen-year-old and an eight-year-old, and I missed a lot being a restaurant owner," Sheerin reflects. "I wanted to do less of that missing stuff, but still be relevant in the game." So, during his recovery he began looking for work and connected with the team from the Ace Hotel. They met several times over the course of four days and within an hour of his last interview a job offer landed in his inbox.

City Mouse represents an interesting opportunity both for Sheerin and the Ace Hotel. The hotel is in the West Loop, which for the past several years has been experiencing a surge of gentrification that has resulted in an influx of restaurant openings. These days hotels are putting significant effort into attracting accomplished chefs—the Michelin-starred NoMad at the NoMad Hotel comes to mind—but historically, restaurant hotels have a had a reputation for being underwhelming. In a neighborhood already crowded with talent, could the Ace Hotel tempt diners other than its overnight guests? 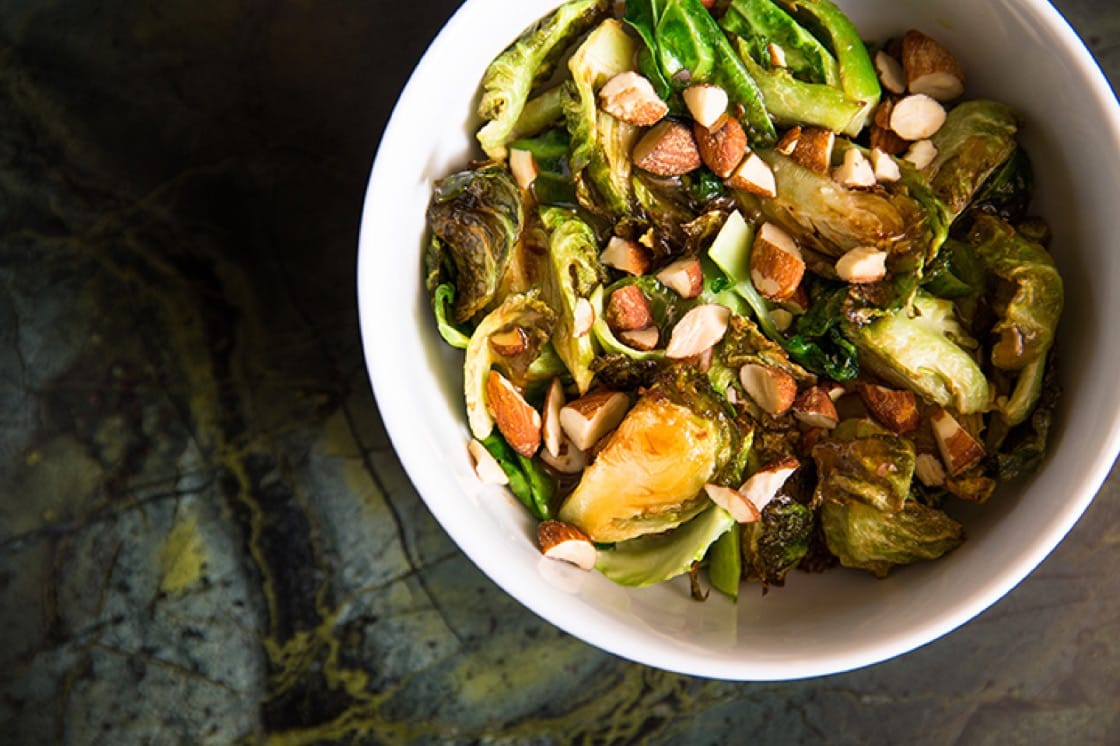 Part of this was accomplished by bringing in chefs Jason Vincent and Ben Lustbader and beverage director Josh Perlman, the team behind the acclaimed Logan Square restaurant Giant, to consult on the restaurant's conception and menu. Sheerin says that it's an ongoing collaboration that has worked out well and has left room for his own team to be creative, which includes chef de cuisine Matt Danko and pastry chef Felicia Mayden.

Even with all of these skilled chefs lending their thoughts and expertise, the influence of Sheerin shines through. Local critics have deemed City Mouse's vegetables exceptional, with Sheerin attributing his love of local produce to his immigrant grandparents maintaining "victory gardens" during the first World War and regularly canning food. The restaurant tries to source as much as it can locally and seems to minimize food waste. "We can buy really nice stuff and not charge a ton of money, but we need to use all of it."

As for how City Mouse fits into a neighborhood bursting with dining options, it's about maintaining a restaurant that people actually want to eat at instead of just being a convenience for hotel guests. Dishes strongly leverage high quality, seasonal ingredients and prices are designed to be fair for the quality (and quantity) of what's served. In addition, City Mouse has full breakfast, lunch and dinner services that mix in a surprisingly fun number of dishes, like the "Gas Station Sandwich" featuring a house-made hashbrown with egg, cheese, sausage and grape jelly. 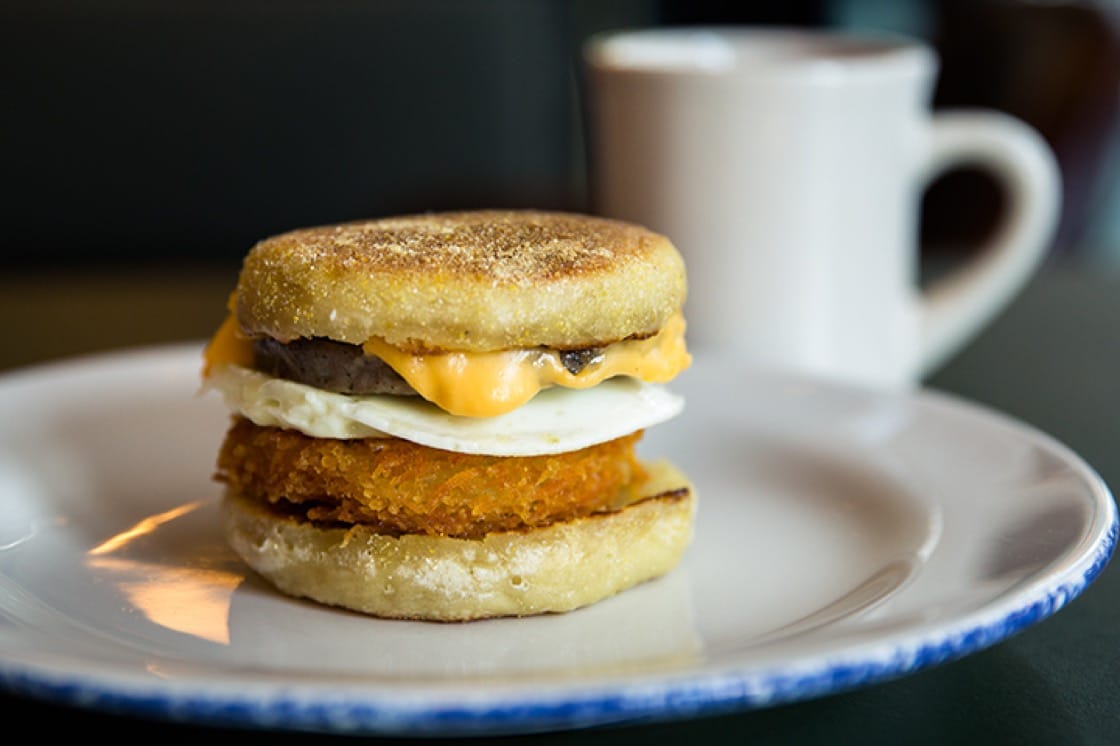 Even in a neighborhood awash in talented chefs and buzz-generating dining options, City Mouse is a hotel restaurant that seeks to stand out. "It's really important to us that people want to come and dine with us," Sheerin says, and not just be where travelers eat because it's convenient.