When The MICHELIN Guide began recommending restaurants in New York City some 15 years ago — the first time outside of Europe — one challenge was immediately clear: Appraising a uniquely diverse American cuisine would be an incredibly complex endeavor. The richness of the restaurant industry across the country is a direct result of the myriad restaurateurs, chefs, and cooks whose roots span the entire globe.

Today, the North American guides (which includes New York City and Westchester County, the state of California, Washington DC and Chicago) collectively list over 60 cuisine types — far more than any other region in the world.

And yet, of the nearly 1,500 MICHELIN-recommended restaurants in the North American selection — from Stars to Bib Gourmands to Plates — just a fraction boasts a person of color as the head or executive chef. Filter the selection by restaurant ownership among people of color, and the figures drop even further.

This isn’t a new insight; objections over the lack of diversity have been launched at the Guide since it arrived in North America over a decade ago. One of the most frequently asked questions is: Why? In America, the world’s melting pot of opportunity and equality, why does representation of people of color within the restaurant industry fall short?

In any evaluation, be it a plate of food or a feat of architecture, criteria are by nature exclusive. But this alone does not solve for a lack of diversity. The disparity in the number of white versus non-white head chefs and restaurant owners in the guides is inextricably linked to the endemic inequities in the industry as a whole. Since its inception over one hundred years ago, The MICHELIN Guide has contended to be a reflection of a region’s local restaurant culture. In America, this reveals some telling truths. 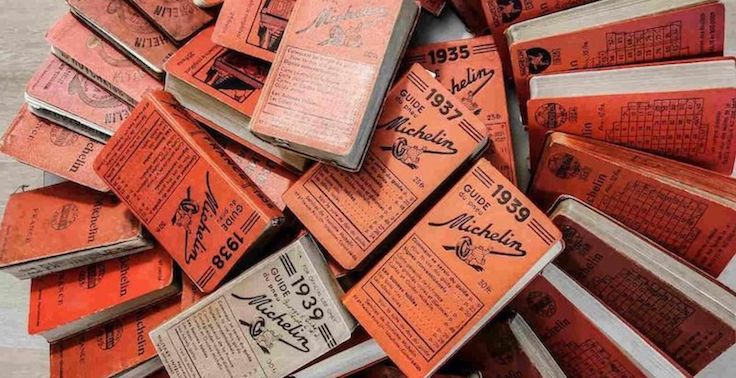 Before the Covid-19 pandemic struck, the restaurant industry in America employed nearly 16 million people; about half of which were people of color. Restaurants — now solidly a part of the cultural zeitgeist — saw consistent growth over the past decade, adding millions of jobs and increasing revenue year after year. Cooks were the fifth fastest growing occupation in the country and in 2019, the number of non-white head chefs in the country was at an historic high (at 37%).

But despite these gains, it is also true that people of color held (and still hold) a disproportionate amount of the lowest-paying jobs in the industry. Black and Latinx people are more likely to work in low-paying, quick service segments or in back-of-house positions, with limited upward mobility. Within the world of fine dining, the discrepancies become more obvious. Research confirms that non-white employees at fine dining restaurants in cities like New York and San Francisco earn less, are less likely to receive raises, and are less likely to be promoted than their white counterparts.

If it is harder for people of color to become head chefs and restaurant owners, the logical consequence is that they are less likely to be spotlighted by our inspectors. The problems start to emerge long before the guide has the opportunity to evaluate a meal.

In fact, the problems reach as far back as deciding to enter the industry at all. Choosing a career in a service industry can have fraught implications for people of color — particularly Black people who fought for the ability to move beyond working in service industries during the Civil Rights Movement. Surely, being a head chef at a buzzy new restaurant today is miles away from the stigmas of the past, but perhaps, for some, it isn’t.

Culinary school is one obvious path into the industry, especially among those aspiring for critical success. But this often requires a steep investment that doesn’t always pay off. The top culinary arts degree programs in the country cost, on average, $50,000 per year and job prospects upon graduation include unpaid externships and years of minimum wage earnings — and that’s in the country’s premier kitchens.

Whatever benefits culinary schools provide — like networking and mentorship, which are critical to success in the industry — they come at a price. And when the wealth gap disproportionately affects Black people in America, the cost for many is insurmountable.

But just as culinary school is not the only way in, working in restaurants is also not always a choice. Regardless, working in low-paying jobs at the onset of one’s career is practically guaranteed. In an industry where livable wages are scarce, health insurance is an exception and working conditions are notoriously difficult, a multitude of challenges exist for everyone. Layer on the difficulties people of color face, from implicit biases to explicit racism, and the sheer fortitude required to “make it” far exceeds physical talent.

It is reported that 80% of all restaurant owners started their careers at an entry level position. The path to ownership exists. It involves advocates who give promotions, connections who provide financial backing and media coverage that draws in customers. If people of color have to fight two or three times harder for any of those things, it will take that much longer to reap the benefits.

The MICHELIN Guide editorial team has conducted a series of interviews in the hopes of better understanding these issues. We discuss the burden and benefits of culinary school with Chef Robert Curtis, previously head chef of Hazel restaurant in DC; the race-driven challenges small business owners face in America with hospitality industry expert Elliott Ferguson, President and CEO of Destination DC; and Chef Erik Williams of Virtue restaurant in Chicago talks to us about the importance of access to information and financial capital.

These conversations are part of a larger effort within MICHELIN North America to address the topic of diversity, equity and inclusion. Earlier this year, MICHELIN North America formed a strategic action team to identify and propose partnerships and initiatives that establish MICHELIN North America as an advocate and ally for social empowerment. Internally, the company is implementing unconscious bias training across more than 22,000 employees and has a commitment to continue recruiting diverse candidates into the organization.

The dialogue over race and inequity is ongoing in America. There has been an abundance of these conversations this year, as Covid-19 affects people of color at a disproportionate rate and the resurfacing of systemic racial inequities roiled the country this summer. What we’re hoping to see come out of this due diligence with members of our own community is a better way forward.