Dieter Samijn is the executive chef at Bar Boulud, Daniel Boulud’s casual bistro located across the street from Lincoln Center in New York City. Born and raised in Belgium’s bustling city of Antwerp, Samijn and his family traveled frequently among destinations in the Mediterranean from Greece to Spain. “I was even lucky enough to live in the French Riviera for a couple of years,” he says. “[Of all the places], though, my favorite is Ibiza.”

While most love the Spanish island for its famous raves, Samijn mentions its tranquility and way of life. “The island is just small enough to go from one side to the other in no time,” he adds. “Everyone does what they want, you see people of all kinds, and no one bothers you if you don’t really fit in.” One of his favorite beaches is Cala Benirras, which he describes as “a little alternative and spiritual,” mentioning its hippie drumming sessions on Sundays. He also recommends Cala Olivera, a serene cove on the east coast of the island. “You can always find a spot there to be on your own and have the chance to enjoy it.”

While on Ibiza, Samijn eats the island’s best seafood at restaurants on the beach or in the bay—all straight from the sea. “You eat what is available on the island,” he says, “so lots of seafood, mostly prepared in a very simple but correct way.” His favorite is El Bigotes, a “tucked away, cult restaurant” where you need a reservation or you’re “not getting in, even if you’re a superstar.” This is where Samijn finds what he believes to be the best fish soup he’s ever had. “The owners just do what they have to do and don’t change anything.” 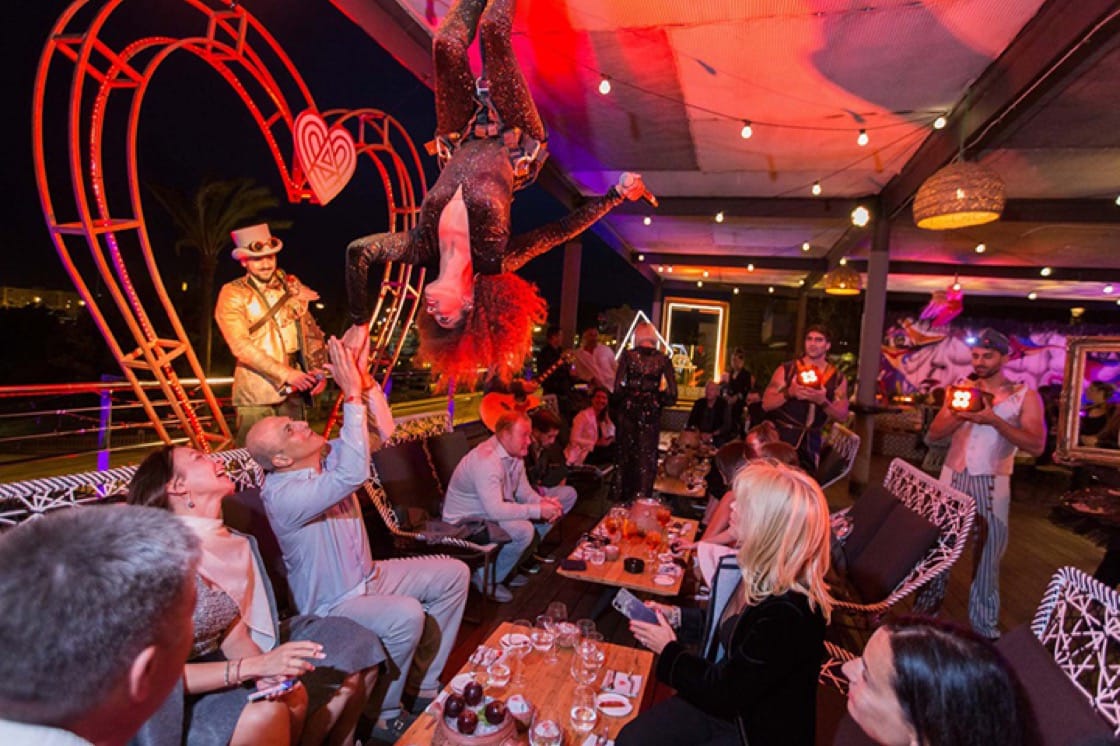 Samijn also recommends Es Xarcu for “a very traditional” lunch, Es Torrent—where he recommends ordering grilled fish and red prawns—and Es Boldadó located near Cala d’Hort, a beach where locals enjoy views of the mysterious island Es Vedra. For a very unusual experience, he loves Heart Ibiza, a unique gastronomy and performance extravaganza hosted by Albert and Ferran Adrià. “Every night there is a Cirque du Soleil show during the dinner,” says Samijn. “It’s a complete experience. They have a ceviche you eat out of a Mexican skull, a jelly you eat out of a [porcelain] frog’s mouth. [It’s] a restaurant that belongs to the island.”

Despite his love for peace and quiet, Samijn insists you can’t leave Ibiza without a night or two of partying. For this, he likes Pacha, “one of the only clubs open during the winter months,” and Amnesia, where “the roof is [made of] glass, so when it’s early in the morning the daylight shines through.” For those who prefer to party close to bed, he recommends staying at the Ushuaïa Ibiza Beach Hotel. “The hotel is like a club and hotel combined,” he says. “There are world class DJs and mythical parties. Take a room close to the pool.” 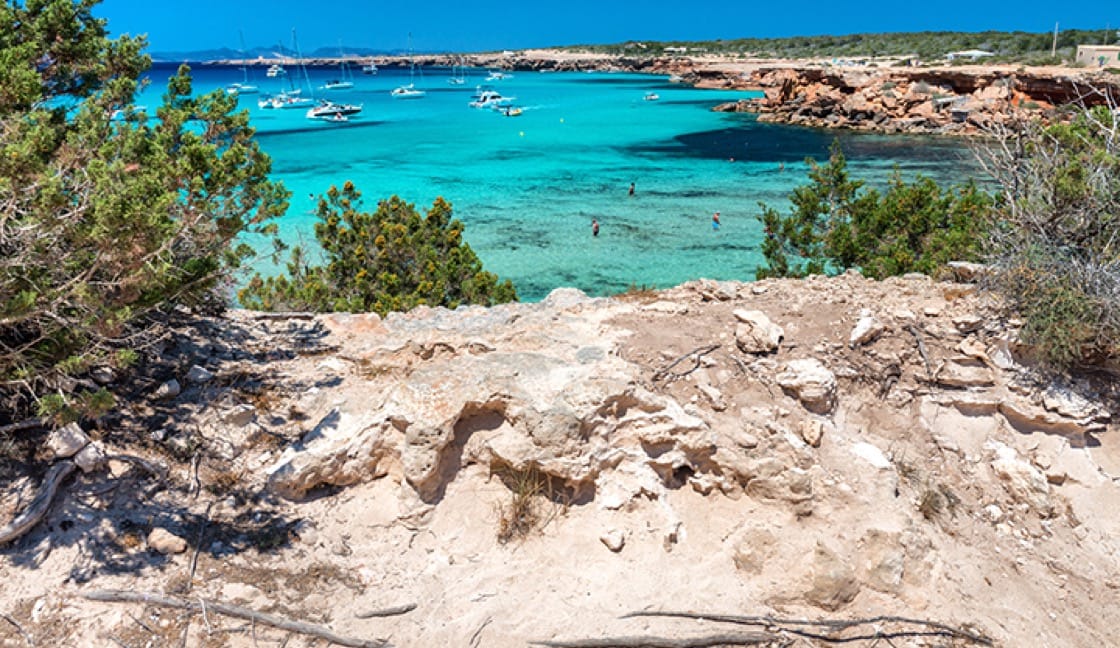 Samijn often takes a small yacht to one of the many bays on Formentera Island.

For daytime adventures, Samijn likes to get out on the water, taking a day trip to one of the many bays on nearby Formentera Island—via small yacht, of course—for scuba diving and relaxation. There are very few people living on Formentera,” he says, describing its “long beaches and salt basins.”

For where to stay, Samijn recommends “small hotels or getting a small house in the mountains,” but warns to plan ahead if you don’t want to overpay. For one of the major hotels, one of his favorites is Destino Pacha Resort. “It’s large and upscale, but still laidback,” he says, recalling the enormous pool where “almost everyone lays down during the day with a bottle of rosé.” When the night falls, Samijn explains, “there are always dinners, where a lot of the tables are communal.”

“You always end up making friends and getting to know people. It’s very open.”