An eye-opening trip around Italy in the summer of 2009 left a deep impression on British celebrity chef Gary Rhodes, including a distinct memory of a pizza he wolfed down in Naples. He was on a month-long trip to film a travel television series and one of the stops was in the famed hometown of pizzas.

Sitting down with The MICHELIN Guide Digital, Rhodes says: “They make fresh dough and spread fresh cherry tomato pulp, which explodes with flavors. The pizza is cooked in three minutes in a 600˚C oven, which puffs up the soft and fluffy dough with some burnt sides with a hint of bitterness.” 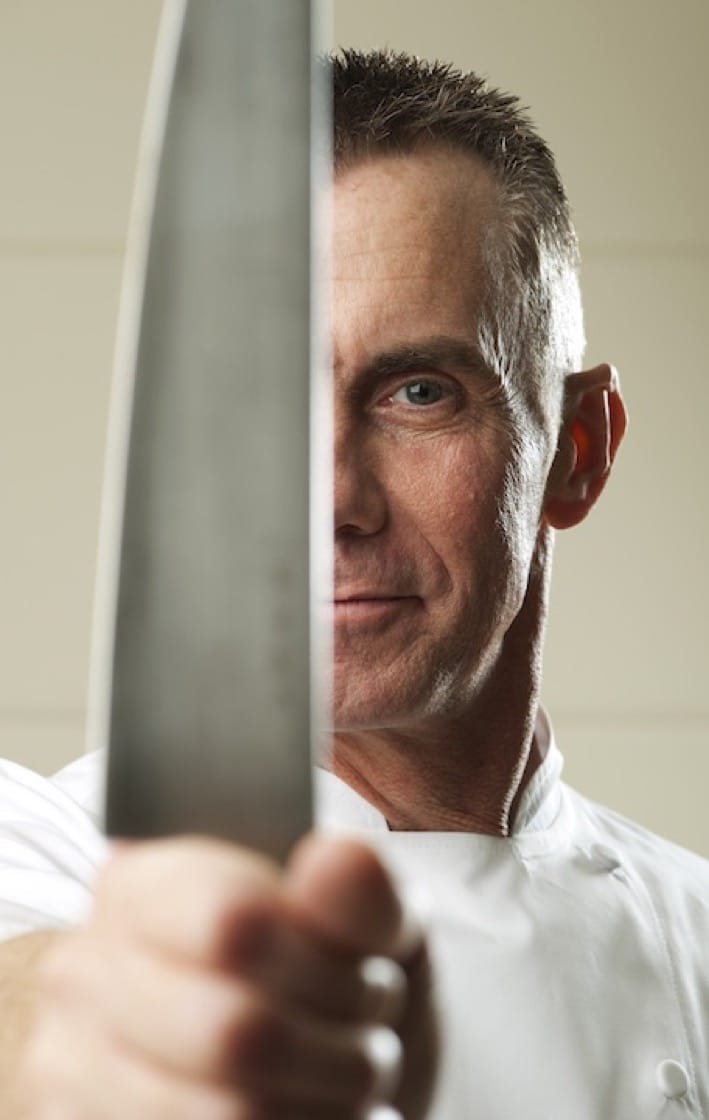 The globe-trotting chef holds these food memories dearly, alongside memories of cooking on almost every continent for royalty, politicians and sports stars including the late Princess Diana and English football club Manchester United. Last month, Rhodes was in Singapore to cook at a private dinner organized by the Singapore Polo Club.

Rhodes was one of the pioneering chefs that championed modern British cuisine in the 1980s when he was the head chef of The Castle Hotel in Somerset in Southwest England. At the age of 26, he led the restaurant to retain its Michelin star in 1986. Over the past two decades, he has led acclaimed restaurants in London such as Greenhouse and Rhodes Twenty Four to Michelin stars as well.

The 59-year-old chef, who was bestowed with an Order of the British Empire (OBE) for his immense contributions to British cuisine in 2006, is known for injecting fun and finesse into British classics such as bread-and-butter pudding, steak and kidney pies, and cottage pies.

Over the past seven years, Rhodes has been based in the United Arab Emirates, where he runs two restaurants, Rhodes W1 and Rhodes Twenty10. He still visits his home country regularly for a fix of good English pork sausages.

Here, Rhodes shares with us his favorite food haunts in London. 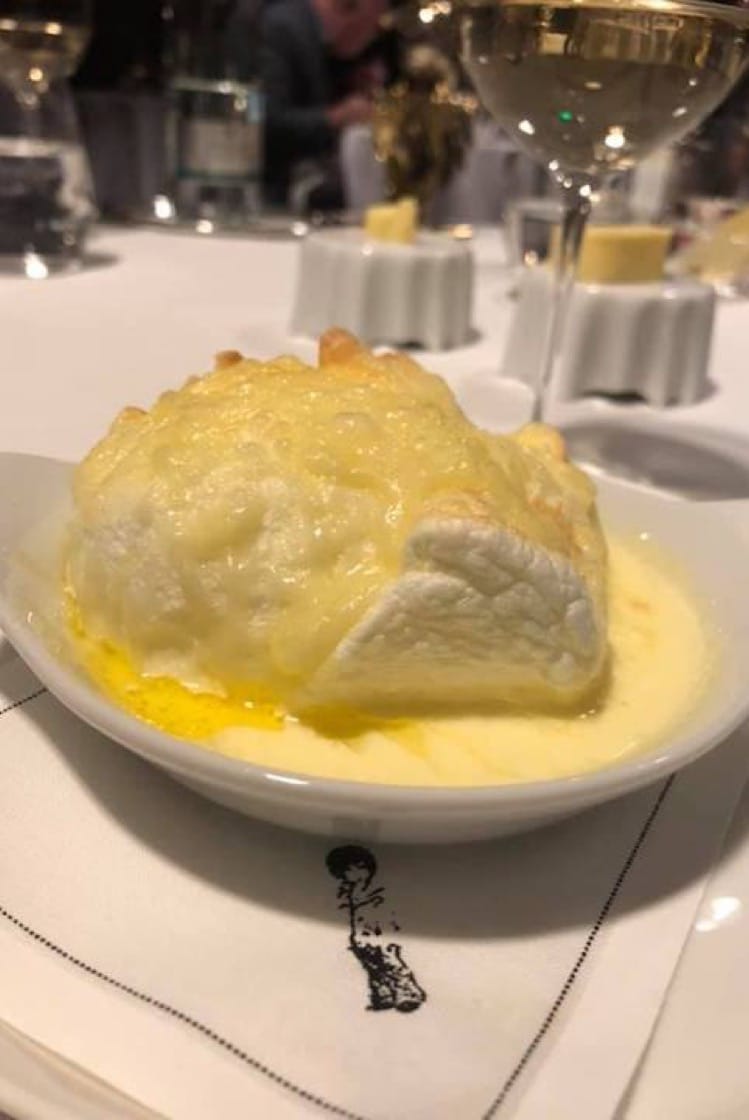 What are your favorite dining spots in London?

My wife and I love going to two-Michelin-starred Le Gavroche in Mayfair that is run by the Roux brothers. I like how the restaurant has maintained the same character since it opened in 1967 and has an amazing history. It may have a traditional look, but it feels alive when you’re in there.

My favorite dish is the soufflé Suissesse (left), which is something that the restaurant has kept on the menu since day one. This must-order starter of a cheese soufflé may look huge and heavy, but when you cut through it, it is one of the lightest things that you would ever eat. It is just divine.
I also like one-starred Elystan Street, which is named after the street where it resides in Knightsbridge. To me, it is one of the most exciting dining venues in London. Chef Philip Howard has never lost his culinary touch since his days at the Michelin-starred The Square and has taken it a step further here. 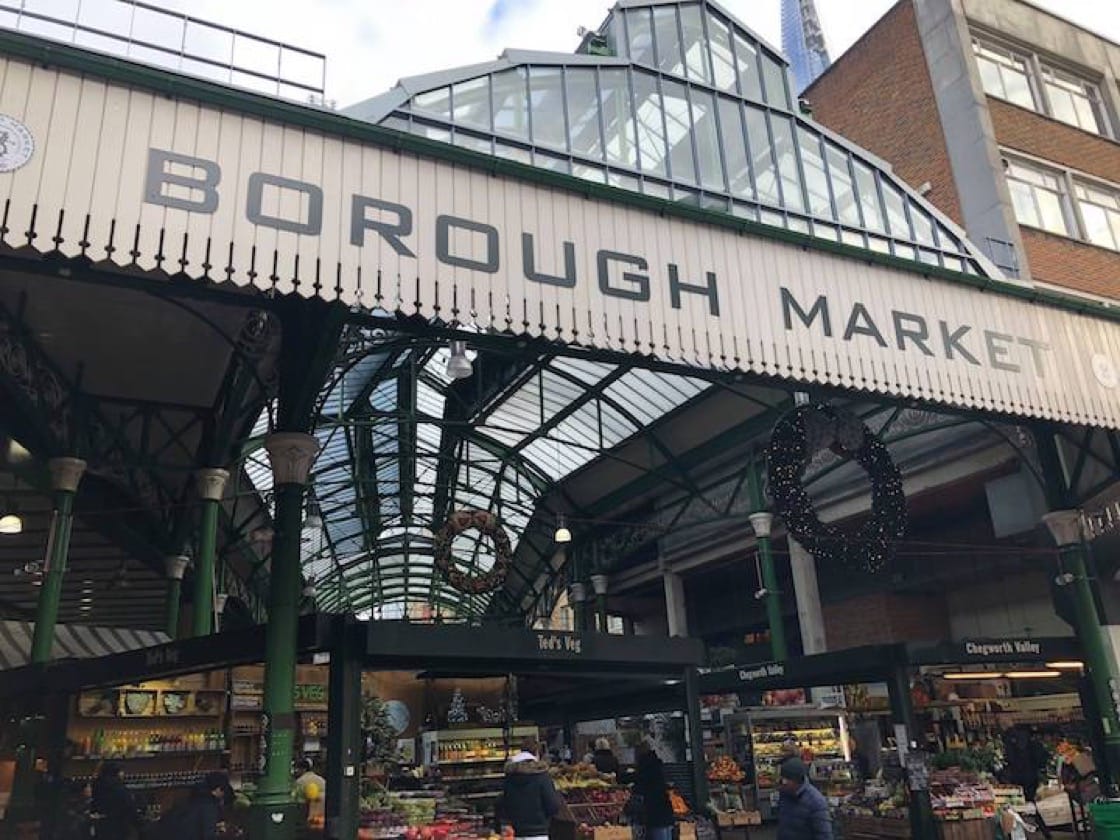 The Borough Market in South London is one of chef Gary Rhodes' go-to places for British produce. (Photo courtesy of Borough Market/Facebook.)
Which is your favorite market in London to get produce from?

Borough Market in South London. You can find any ingredient that you want here. I frequented the market in the 1980s way before it became the popular spot that it has grown into today. I like going around to pick up freshly caught sea bass, spinach, baby leeks and spring onions.

What is your favorite foodie destination?

It has to be Italy. I was there 10 years ago to film a television series and it was such a culinary education as it opened my eyes to Italian ingredients. I remember how a chef used different types of ricotta cheese that he receives at different times of the day. He used the cheese that was received at 8:00 a.m. for lunch as the flavor was lighter, while he used cheese delivered at 4:00 p.m. for dinner as it has a stronger and more earthy taste. 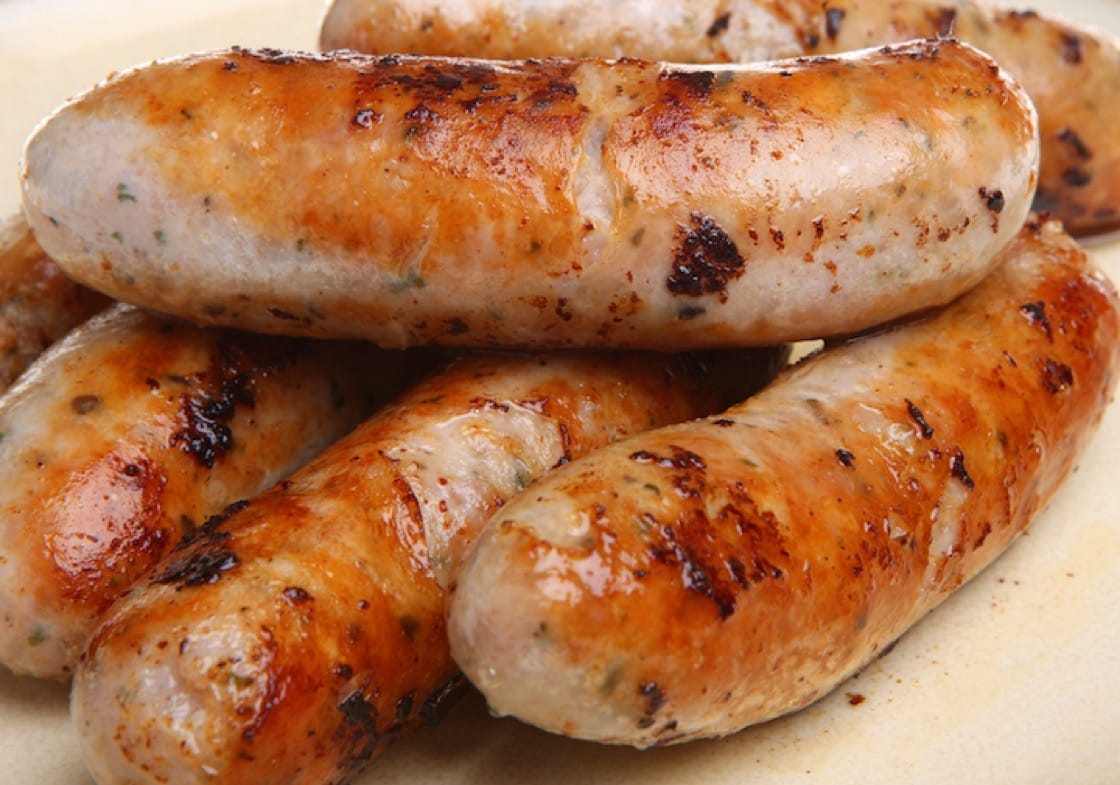 Based in Dubai now, Rhodes hankers for English pork sausages whenever he feels homesick.
You’ve been based in Dubai for the past seven years. What do you miss from home?

A good, hearty English sausage. I love simple pork sausages that can be easily bought in any butcher shop in any corner in the U.K. and you would know that they have used the recipe for generations. Whenever I return to the U.K., where I still have a house, I would get sausages from a local butchery and cook them slowly in a pan to maintain its flavor. I love having the sausage with bread and caramelized onions. As a chef, having something so simple is divine.

When you are not traveling, what items are always in your home fridge?

My wife and I buy lots of sausages, good English pork (whenever we are back in the U.K.) and in-season vegetables that can be lightly cooked. We always have good English cheddar cheese that has depth and richness. As we’ve lived in Amsterdam, we always make it a point to have Gouda and Parmesan.