Ralf Schlegel is the executive chef of one-Michelin-starred Plume at The Jefferson, Washington, D.C., where guests can browse original documents signed by President Thomas Jefferson on their way to the powder room. Among the more elegant and discreet dining experiences in D.C., Plume is also home to Schlegel’s unique talent for and training in traditional European hospitality.

Born in Leisnig, Germany, to a family predisposed to culinary endeavors (his uncle owns Michelin-starred Stadtpfeiffer in Leipzig), as a young chef Schlegel staged at kitchens across Austria, Switzerland, Italy, Denmark and Sweden. In 2007, he moved to the capital city of the United States and accepted a position at the refined French eatery Marcel’s by Robert Wiedmaier.

Of all the places the chef has seen and visited, his favorite destination is the quiet region of Oberallgäu in Southern Germany. “This is where I grew up,” he says, adding appreciation for the nearby and connected Austrian region of Tyrol (about two and a half hours by car from Oberallgäu). “There are mountains, lakes and valleys,” he explains. “The area is wonderful.”

When visiting, Schlegel recommends guests stay at the Hotel Waldhorn. “This hotel is in Kempten, a larger town that sits in the center of the region,” he says. “It’s owned by an old roommate (and former co-apprentice) and his family, the Heels. [They] cook authentic Bavarian cuisine and their hospitality cannot be matched.” While in Kempten, check out St. Lorenz Basilica, whose domed twin towers and elaborate interior date back to the 17th century. 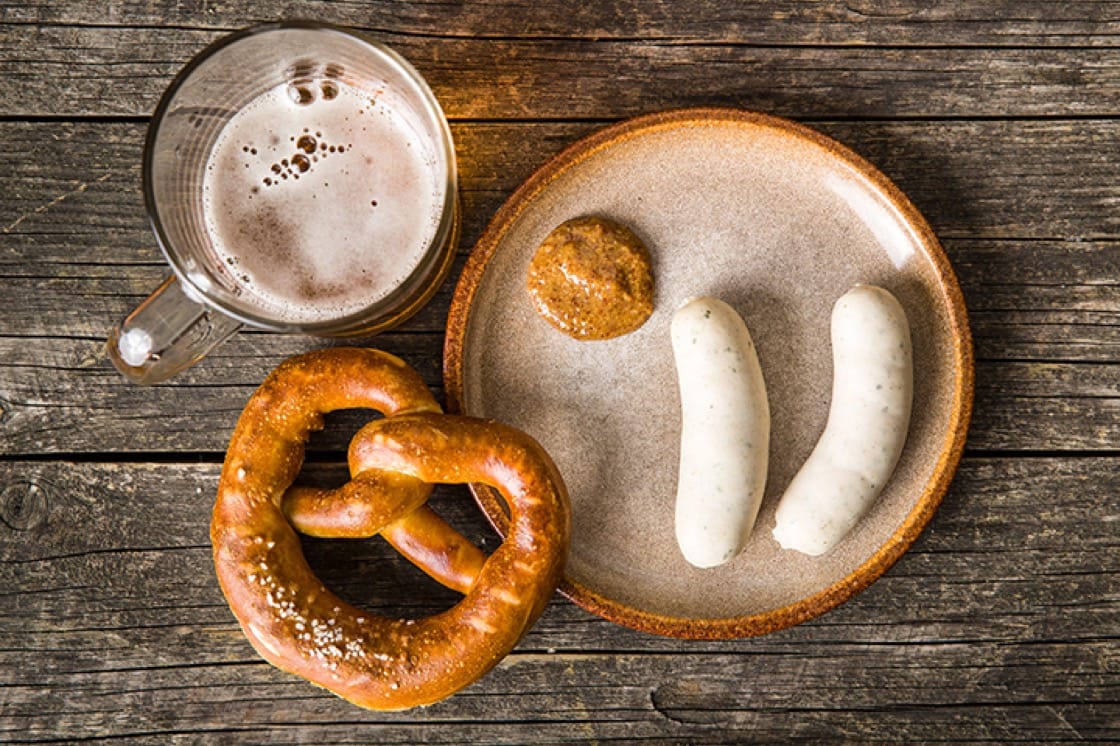 While at Hotel Waldhorn, Schlegel recommends you follow his favorite ritual: after a night of sleep, “wake up and enjoy a weisswurst (a traditional Bavarian sausage made from minced veal and pork back bacon) and weissbier (beloved Bavarian wheat beer) with a brezel (pretzel).”

If it’s spring, the chef recommends hiking or mountain biking, perhaps along the Iller River, a tributary of the Danube, which runs through Oberallgäu from south to north. “As a kid we’d take long walks through the mountains with the dog,” says Schlegel, remembering “catch[ing] trout in the lakes for dinners.” Oberallgäu is located in a part of the Alps known as Allgäu ("Oberallgäu" literally means "Upper Allgäu"), which finds its highest peak with the Hochfrottspitze (2,649 meters of Dolomite soaring into the sky), first climbed by the German mountaineer Hermann von Barth in 1869 and thereafter by many international climbers over the years.

READ MORE: The First Day I Got My Michelin Stars: Ralf Schlegel of Plume

During colder months, Schlegel recommends visitors take advantage of the mountains with “great skiing,” his go-to winter activity. Tyrol, nearby in Austria, is home to the ski resorts St. Anton am Arlberg, known for its lively après-ski scene and sometimes called the “cradle of Alpine skiing” for its role in inventing the sport. Also in the area is SkiWelt Wilder Kaiser, Austria’s largest interconnected ski area. (The area is teeming with options for skiing, so look around and see what strikes your fancy.)

For a “local and hearty” dining option, Schlegel recommends Hochalp Huette, a restaurant that sits atop a rugged mountain above the village of Hohenschwangau. “Once you’re up there,” he says, “there is an amazing view of Neuschwanstein Castle,” a 19th century Romanesque Revival palace that opened after the death of King Ludwig II in 1886. “One of my favorite dishes is Käsespätzle—sort of like a European mac and cheese made with milk from the cows that eat the grass around the mountain,” he says. “Goes great with a Radler.”

For a more formal experience, Schlegel highly recommends one-Michelin-starred Kilian Stuba located in a hotel in Austria’s Kleinwalsertal (short of an hour’s drive south from Hotel Waldhorn). “The chef, Sascha Kemmerer, does incredible things with local ingredients in a fine dining setting that is not to be missed,” says Schlegel.