Nicole Guini is the pastry chef at Blackbird, a one-MICHELIN-starred restaurant in Chicago’s West Loop noted by MICHELIN inspectors for its “intricate and inspired” desserts. Opened in 1997 by chef/owner Paul Kahan, Blackbird has also served as home to various culinary talents over the years, including current executive chef Ryan Pfeiffer and former pastry chef Dana Cree (author of Hello, My Name is Ice Cream). Guini’s desserts at Blackbird pair substance with interest, with items like roasted vanilla meringue served with sour cream ice cream, and blueberry angel food cake with Snow Maiden sake sorbet. Raised in an Argentinian family of avid cooks, her heritage inspires the creativity of her work. 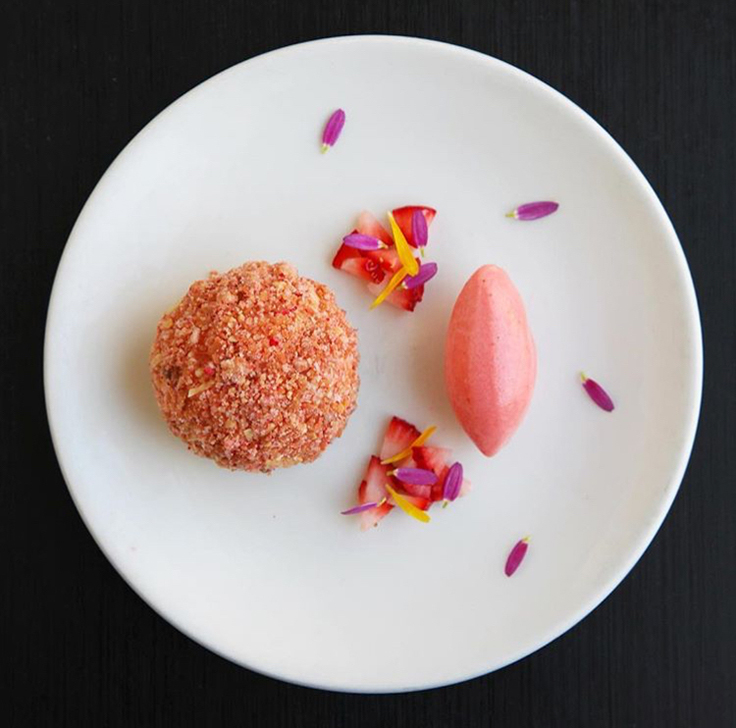 While in Tucumán, the pastry chef (and Spiaggia alum) seeks out one of her favorite dishes: humita, “a squash and corn porridge with sautéed onions and green peppers served with melted cheese and white bread.” For the best of its kind in the densely-populated city, Guini recommends El Portal (“for a sit-down experience”), La Maga (a kiosk at El Mercado for a grab-and-go version), or “a tiny bar called Ibatin, inside the galleria Ibatín close to the Casa Histórica.”

For the best breakfast in Tucumán, Guini recommends Café 25. “It's been there as long as I can remember,” she says. “I always order a cafe con leche, orange juice and toast. It comes with butter and jams. On my way home, I'll stop at the panadería and grab medialunas (small, chewy, sticky croissants brushed with simple syrup) for tea in the afternoon.”

Tucumán—unlike the capital and other regions in Argentina—still honors siesta, Guini explains. “When the city shuts down at 1:00 to 1:30 p.m. [and doesn’t reopen] until 5:00 p.m., you [either] nap, go to the gym or drink tons of mate and eat pastry,” she says. “I prefer the latter.” (Her three favorite bakeries are Casapan, El Mundo and El Calafate, which she describes as “all solid.”) 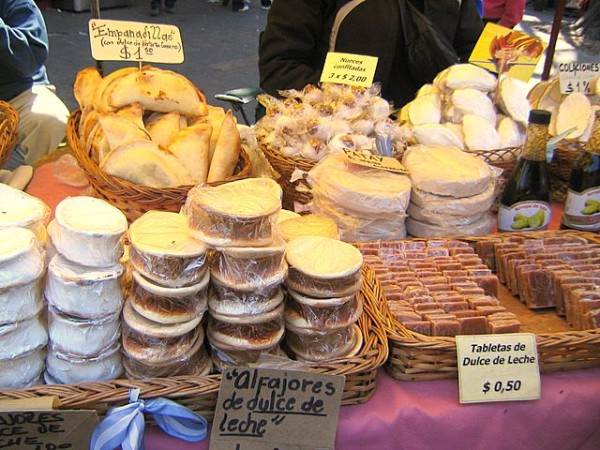 For sightseeing in the afternoon, Guini recommends visiting the government palace (pictured in the lede image above), which she describes as the “one of [Tucumán’s] most beautiful and architecturally significant structures.” Overlooking Independence Plaza in the center of the city, the palace is a point of pride for locals and “a place where people of all ages hang out and congregate to relax.” Guini recommends staying in the plaza until nighttime when often there are shows or performances for the public. “On July 9th, the day of independence,” she says, “[there is a] parade and people meet in front of the palace to dance and celebrate.”

Of all Guini’s favorite places to “meet friends for drinks, food and chat,” she likes Plaza de Almas (“an old house converted into a bar/restaurant”) and Bar Tertulia (formerly known as El Arbol de Galeano, which doubles as a theater) the best. For a regional dish at either, try ordering locro, a hearty meat- and corn-based stew characteristic of northern Argentina that Guini loves.

Surprisingly, pizza and calzones are also very popular in Tucumán, she explains, and many restaurants have pizza on their menu. “They use a cheese called queso cuartirolo cremoso that melts similarly to mozzarella—super gooey.” Two of her favorite pizza spots are Il Postino and Pizzeria la Esquina. “The service is always swift and everyone is friendly.” (Insider tip: pizza in Tucumán is usually garnished with green olives, olive oil and oregano, even if you order plain cheese.)

For shopping in Tucumán, Guini heads to a street called Mendoza in the heart of downtown. “It's a pedestrian street, so it is closed off to vehicles,” she adds. “There you will find one tiny boutique after another. Most of them are one-of-a-kind stores. My favorite [for leather handbags and shoes] is called Prune. The quality of the leather is exceptional.”

For a dance party at night, Guini recommends a club called Recorcholis. “I've been going there since I was 17 and well into my thirties,” she says. “The clubs usually open around 11:00 p.m. to midnight. Recorcholis is only open on the weekends.” She also recommends an Irish pub called Bar Irlanda, which she first found through a cousin. “They sell beers other than domestic varieties,” she says. “It's dark but adorned with holiday lights—great to have a drink [on your way] home at the end of the night.”