Daniel Kleinhandler is the executive pastry chef at Bar Boulud and Boulud Sud in New York City. Raised by an artist mother and scientist father in the ethnically diverse neighborhood of Ditmas Park in Brooklyn, Kleinhandler pursued his passion for pastries starting at the young age of 14, apprenticing at legendary institutions like Jacques Torres and two-starred restaurant Daniel in high school. Since then, his experience includes international work at the three-starred Waterside Inn on the bank of the Thames in Bray, and immersive trips around the world. “My favorite destination,” he says, “is Indonesia.”

Kleinhandler’s wife, Karniyati, was born in Jakarta; trips for him involve exploring and learning about the native world of her childhood. “The best food comes from small shops and carts,” he says. “One that stood out was a small padang restaurant called Garuda,” a 20-minute car-ride south of the city center. “The food is bathed in chiles, so most of it was stained the color red, but the heat played second fiddle to the floral flavors of ginger and lemongrass. They brought out dishes without being ordered, and you accepted or rejected each as they were presented.” 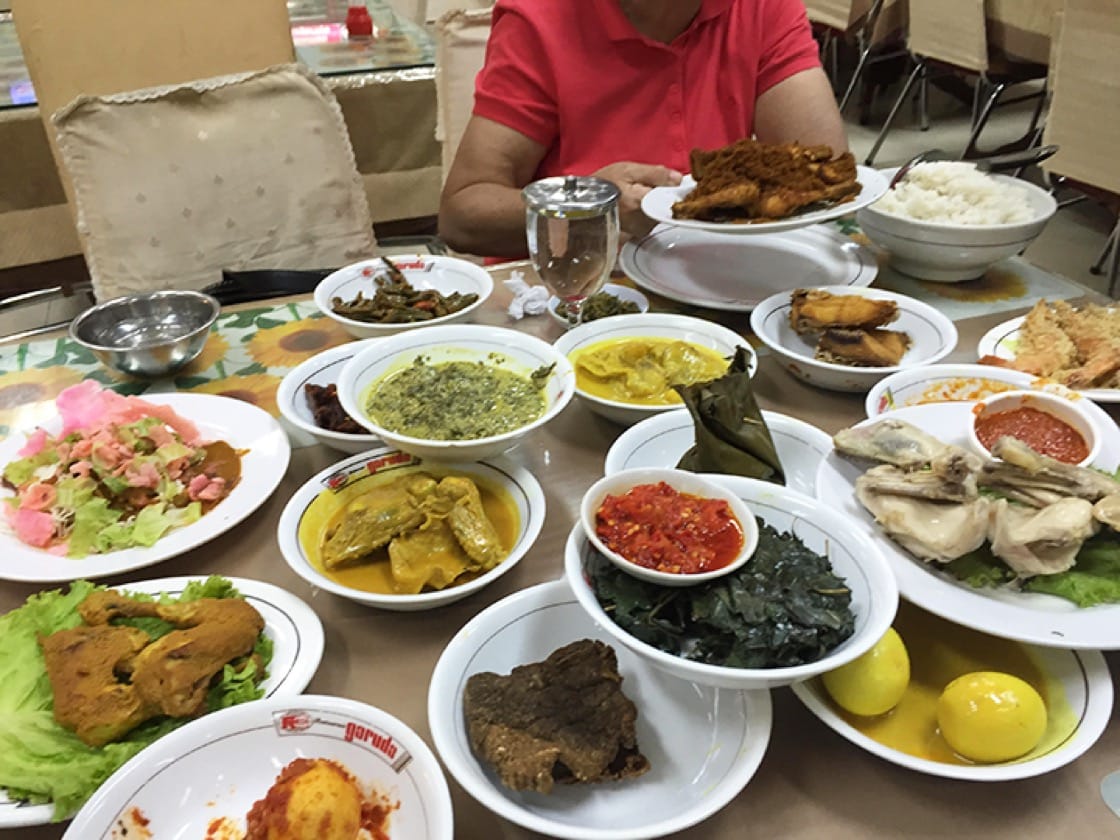 A selection of dishes at padang restaurant Garuda. (Photo by Daniel Kleinhandler.)

Other food experiences in Jakarta that “blew [his] mind” are the various different fruits. “I thought I knew what a mango was,” says Kleinhandler, “but after eating three different varieties there, I realized I had no idea.” If you’re visiting, the chef insists you try the new fruits that he discovered while there, like salak (a brown-skinned palm fruit native to Java and Sumatra), soursop (the green fruit of an evergreen tree) and mountain apples (a striking fruit covered in bright pink fur). “This is a place that opened my eyes to flavors and textures I didn’t even know existed.”

While in Jakarta, Kleinhandler also recommends you visit a safari or zoo, which he describes as a “not-to-be-missed experience.” Ragunan Zoo is one such, a 140-hectare property located in Pasar Minggu in South Jakarta that hosts an impressive aviary among many endangered species from across Indonesia (and employs over 450 staff members for its maintenance).

“[The zoos in Jakarta are] unlike any zoo in the U.S.—from animals roaming free to feeding a tiger,” says the pastry chef. “It was a life-changing experience.” Another safari option is Taman Safari Cisarua, a three-hour drive from Jakarta in Cisarua. “Most of the animals walk around and you can interact with them [so] it’s lots of fun,” he says. Afterwards, you can cool off at the Taman Wisata Matahari water park.

If you need a snack while out and about, Kleinhandler recommends you reach for martabak manis, “a sweet, glutinous pancake filled with a bunch of different fillings from cheese to chocolate depending on the shop.” His favorite comes from the store Martabak Bangka Bong Ngiang in Northern Jakarta, where “they sell one called mal kelapa gading, which is filled with Nutella, peanuts, condensed milk and melted butter. “It’s amazing.”

For other sites while in Jakarta, Kleinhandler recommends you visit the Sarinah Thamrin Plaza, a 15-story department store in Central Jakarta dubbed “the Indonesian emporium.” “It is not a mall in the way we are used to it,” he says. “[Instead,] its 75 different stalls [are] owned by small merchants and craftspeople [rather than] big corporations and brand names.” The plaza stands in Jakarta’s first skyscraper, so a visit counts to your understanding of the city’s modern history as well. The Istiqlal Mosque is also worth visiting, given it’s the largest mosque in Southeast Asia—with capacity for 200,000 people—equipped with beautiful marble floors and adornments. 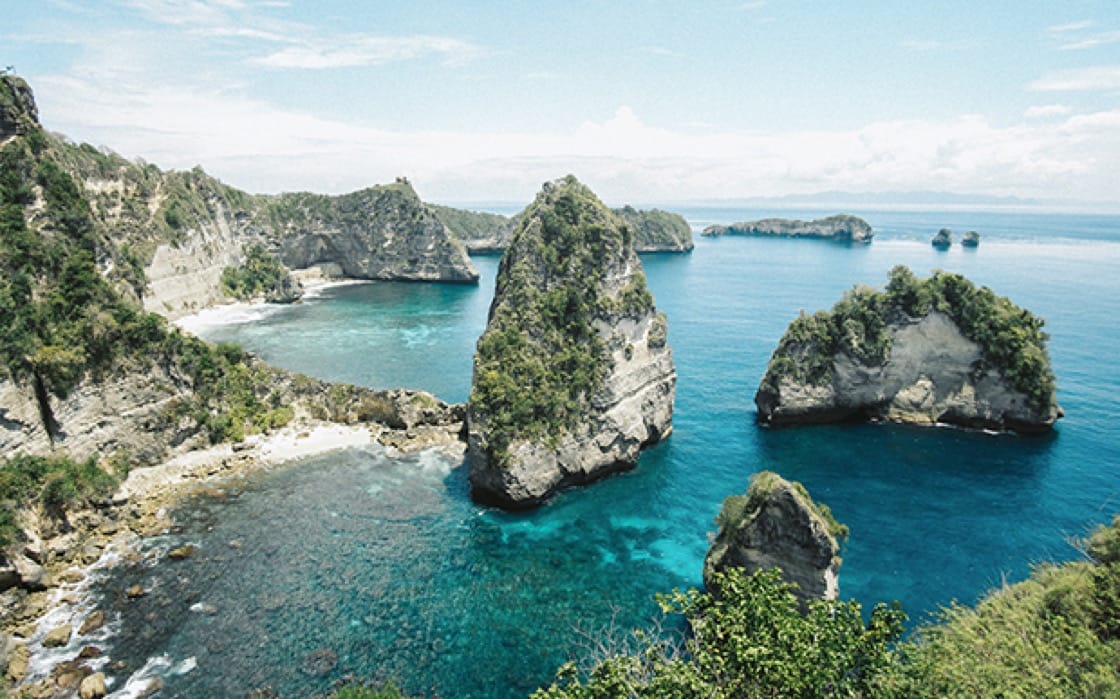 For a break from the city, the Thousands Islands (a chain off the north coast of Jakarta) offer many weeks worth of unwinding. “Jakarta feels so different from the world I know,” says Kleinhandler, “but the energy and warm people makes this Brooklyn boy feel right at home.”