Throughout my career in the hospitality industry, I’ve had the pleasure of meeting a number of cheesemakers. An intriguing encounter I had was with Uplands Cheese co-owner Andy Hatch. After I asked him the simple question of how he got into the business, he gave me a simple answer: “I always wanted to raise my family on a farm.”

Unlike the many multi-generational families living in rural Wisconsin, Hatch never grew up milking cows or making cheese. “I was pretty unusual right out the gate. I grew up in a house that was really serious about wine, specifically Burgundy. We drank nothing but Burgundy. I think I inherited that single-minded approach from my dad—some of the ways we think about cheese are not so dissimilar from how Burgundians think about their wine or their vineyards.”

Hatch went to college to study biology, looking for a career in agricultural research. Upon graduating, he returned to Wisconsin, working for a corn breeder. “After a year of that, it was too dry for me,” Hatch says. “You could spend your whole career in that kind of research and only move the ball a couple of yards.” But change took a turn, and Hatch’s desire for extensive travel came to fruition with the death of his boss’s father-in-law in Norway.

“That was my first experience making cheese—14 years ago, on the side of a fjord with a 5-foot-2-inch Norwegian woman named Unni, making goat cheese,” Hatch recalls. “I liked it right away; it was a good fit, and I was pretty lab-y. I liked the lab part of what I did in college. I started to see how I could milk cows for a career.”

Fortunately for Hatch, artisan cheese was just picking up steam back in Wisconsin. “In the 90s, it was get big or get out—everyone was making cheese curds, Swiss, cheddar, Jack—the margins were terrible. But around the year 2000, things changed; small-scale, more distinctive cheesemaking began cropping up.” After his father grew ill, Hatch returned stateside, wanting to be closer to home. He then enrolled at the University of Wisconsin to study dairy farms.

“When I got my apprenticeship here at Uplands, I never left,” Hatch recalls, glowing. He learned the importance of rotationally-grazing cows, stating that the Uplands owners were some of the first in the country to do so in the early 1980s. “It was unheard of until electric fencing,” Hatch says. “This tradition of Alpine-style was due to how they were farming—they were inspired by finding out what the best expression of the milk was. It sounds like a no-brainer, but think about the relationship with wine: how carefully are you considering elevation, soil types or drainage? Milk isn’t so different. You’re not going to give corn silage to a Jersey cow and then make a mediocre Gruyère. The smartest thing to do is create the best expression of the raw material.”

He, along with his partner Scott Mericka, wound up buying the farm from the owners three years ago. Following in their footsteps, it was a natural transition; Hatch runs the cheese program while Mericka runs the herd. Both families live on the farm, their houses only a mile apart. All of the continuing traditional methods and rotational-grazing garnered Uplands Cheese with several blue ribbons; their Pleasant Ridge Reserve, which is only made during the summer months when the cows can eat pasture, is the most-awarded cheese in America, winning Best of Show at the American Cheese Society’s annual competition in 2001, 2005 and 2010. 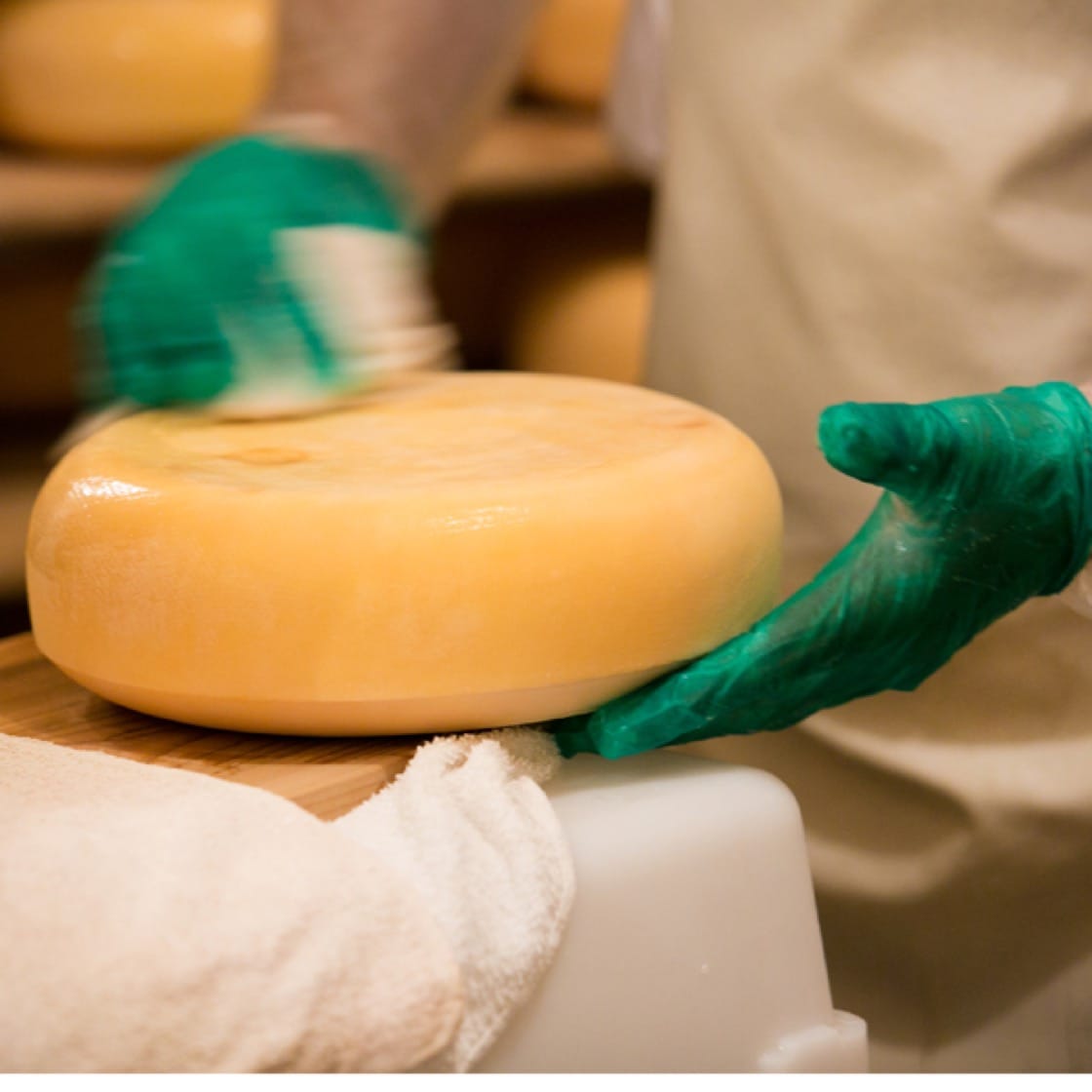 Unlike Hatch, Vermont Creamery’s Joey Conner landed in the Green Mountain State by way of restaurants. “It’s been quite a ride since my first high school job at the Orange Julius, slinging hot dogs and smoothies,” Conner says. The Ohio-native and shy guy found comfort in his day-to-day interactions at a local chain restaurant, bussing tables. Realizing his passion for the restaurant industry, Conner left engineering school for a life in fine dining, eventually landing at Winds Cafe in Yellow Springs. It was here where Conner found his mentor, Kim Korkin, and learned the importance of farm-to-table lifestyle. “She made me respect everything I do now to the tenth degree.”

Conner would also cook at Winds after completing the associate’s program at the Culinary Institute of America—but Vermont was calling. “When we came to Vermont, I had no plans," admits Conner. "My wife [Hannah] was pregnant, and I didn’t have insurance. Vermont has a great restaurant scene up here; I had the opportunity to work at a number of places. I turned down a sous chef position at the Hen of the Wood to figure out what I was going to do with my life.” While searching through the paper, Conner found a team lead position open in Vermont Butter and Cheese’s soft-ripened department. “I had never aged cheese in my life, but used a lot of their products in the restaurants I worked in,” adds Conner. "I questioned everyday if it was the right thing to do. For the first two years, there was a lot of blood, sweat and tears, all day every day. Thankfully, we were smaller and slower, and there was a learning curve.” One of Conner’s colleagues was transferred to another part of the company, leaving him alone in the soft-ripened department, receiving and draining the milk, shaping and aging the cheese and then packaging. “I learned so much working those 70 hour weeks; that’s how I got ahead here.”

As the company grew, so did Conner, working with both Vermont Creamery president Adeline Druart and creamery manager Don La Rose to design a new facility. “We started in a 4,000-square foot facility and turned it into an 18,000-square-foot facility,” says Conner. “All of those years in mechanical engineering helped me streamline this.” Vermont Creamery has grown to a company of nearly 100 people. And Conner, now the creamery supervisor, is loving life. “I’m the luckiest guy in the world because I’m doing what I love. And more nights than not, I’m having dinner with my family. I’m amazingly lucky.” 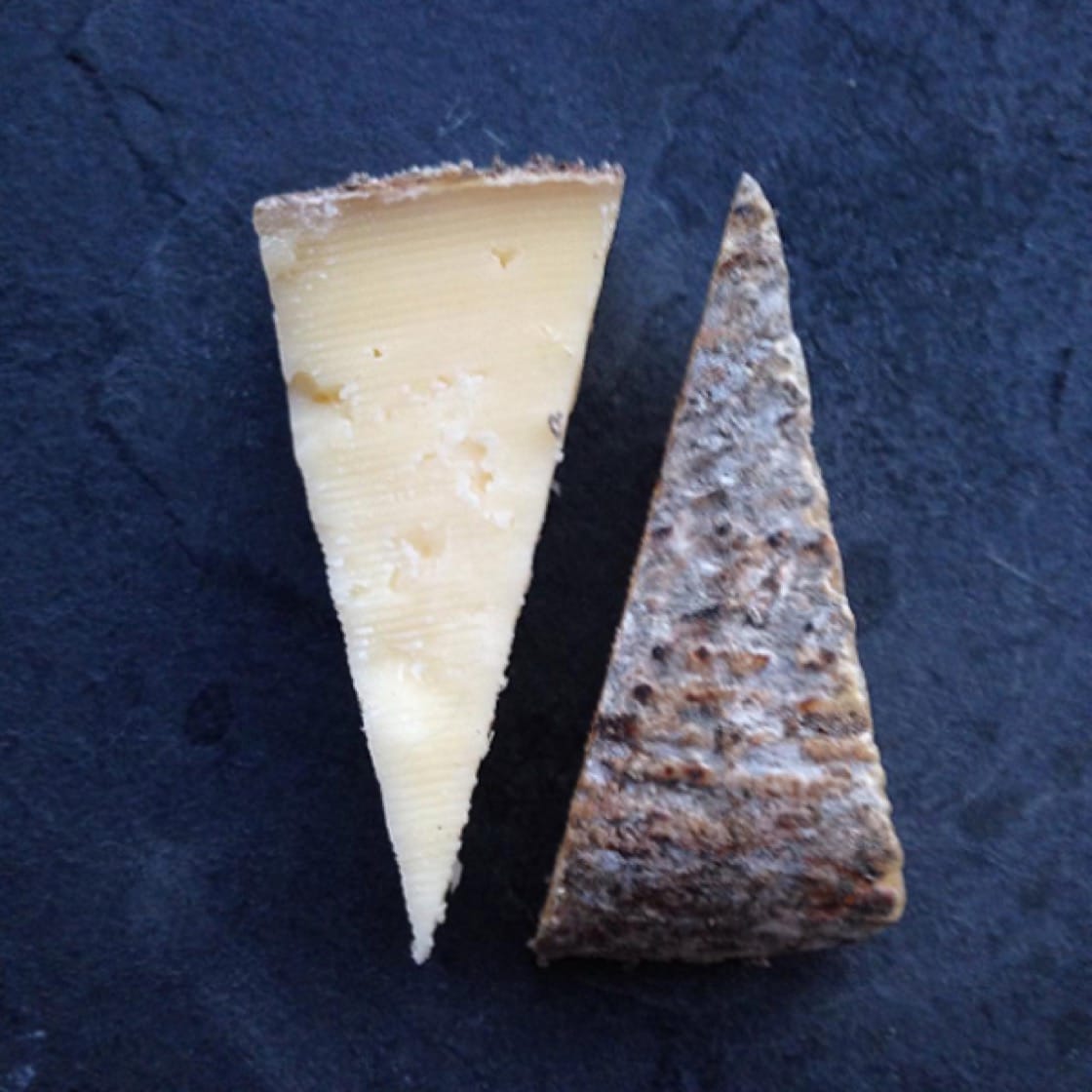 “I never really thought I was going to be a cheesemaker,” says Colin McGrath, sole proprietor and lead cheesemaker of his own company, McGrath Cheese, located in New York's Hudson Valley. “Not because I didn’t want to, but I never really thought I’d have the opportunity.” McGrath grew up in a household surrounded by food; his father was a chef, and he was working as a dishwasher before he was 15 years old. “I liked being on my feet and using my hands,” McGrath adds. “I was always using my hands, whether I was sailing, or woodworking or cooking.”

McGrath left his home state of California when he was 18 and attended the Culinary Institute of America for four years, hoping to become a chef. During his last year of school, he found out about nearby Sprout Creek, a farm raising free-range cows, sheep and goats. “I knew they made cheese and wanted the extra work, so I helped out at farmers’ markets.” By sheer dumb luck, the assistant cheesemaker quit his job, leaving an open position that McGrath delightfully scooped up. “I started working and loved it right away. It’s an amazing way for me to fuel my passion—cheese encompasses everything that I want to express.” Not long after, McGrath got the opportunity of a lifetime: with the departure of his lead cheesemaker, McGrath stepped into his shoes, fulfilling the role at the ripe age of 20 years old. “From that point on, I never looked back.”

Ten years later, McGrath stepped out to do his own thing by starting his very own cheese company. And it’s been an exciting—albeit, extremely busy—time. “When it comes to a day in the life, I’m doing everything. Be the cheesemaker, the marketer, the plumber, the inventor. It’s not so different from the types of places I’ve worked at before; you’re working with an ingredient that is throwing variation and curveballs at you, and you’re controlling the process to the best of your abilities.”

And McGrath’s family are his biggest fans. “My wife and my two young kids have always had my back and have been supportive, whether it’s labeling cheeses or coming with me to the farmers’ markets,” he says. “It’s a different kind of life, but it’s fascinating.”

Though many of his days start at 3:45 a.m. and last until 6:00 p.m., this lifestyle is what Hatch dreams of: “My kids love living on the farm—there’s adventure all over the place.”

’Tis the season for bowls that runneth over of warm, melty cheese.