Sababa received the Bib Gourmand in the MICHELIN Guide Washington, D.C. 2019 selection just a few months after it opened. "'Sababa,' which means 'cool' in Hebrew slang, is exactly as advertised," state inspectors. "But despite the hip digs, it's all about the food here." Leading the kitchen is executive chef Ryan Moore, whose resumé includes time under the ThinkFoodGroup umbrella at Zaytinya and minibar by José Andrés.

Included in the small plates section of Sababa's menu is this dish of roasted halloumi cheese with dates and an apple, honey and lemon marmalade. This recipe was crafted with the Jewish holiday Rosh Hashanah in mind, but is great anytime of the year. For the marmalade, Moore recommends Fuji apples, but any red variety will do. And if you want to switch it up a bit, he says that brie can be used in place of the halloumi for a creamier texture. 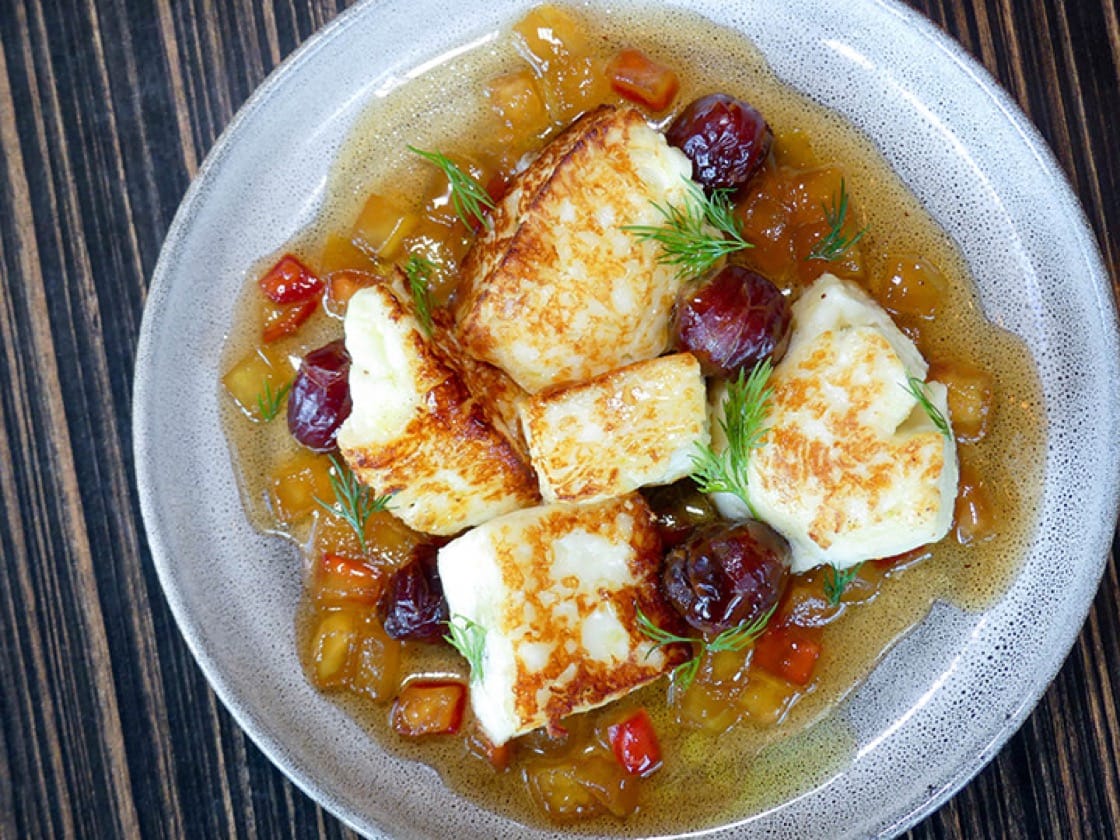 1. Heat a little bit of olive oil in a nonstick sauté pan over low heat. Add the halloumi and slowly roast until the cheese starts to brown on all sides, flipping the cheese as necessary.

2. To serve, spread the apple, honey and lemon marmalade on a plate. Place the roasted halloumi on top of marmalade, add the pitted dates throughout and garnish with some olive oil and dill fronds.

Method:
Add all of the ingredients to a medium size pot. Bring to a boil, then reduce to a simmer for 10 minutes. Transfer the marmalade to a bowl and chill in the refrigerator until cold.