Pierre Hermé Is An Architect of Taste

He’s widely celebrated around the world for his whimsical sugary creations—especially his multi-flavored macaróns—but ask Pierre Hermé what his favorite ingredient is and you might be surprised. It’s not sugar—it’s salt. “I am obsessed with fleur de sel. What attracts me is the chance to create unthinkable and unusual concepts, and salt helps to appreciate sweetness,” says Hermé, the only pastry chef to have been awarded the Chevalier de la Legion d'Honneur, France’s top recognition for military and civil merits. It was established in 1802 by Napoléon Bonaparte.

He explains: “I use salt the same way I use sugar. I use sugar to expose the subtleties of other flavors. These subtleties then form the basis upon which I construct a flavor balance.” Nicknamed the Picasso of pastry, Hermé continues: “I’ve always designed my creations with the aim of stimulating the senses. When I use an ingredient, I spend time and effort trying to understand its origins, its history and the evolution of its culinary use because what I care about the most, is getting the most out of its flavor.” 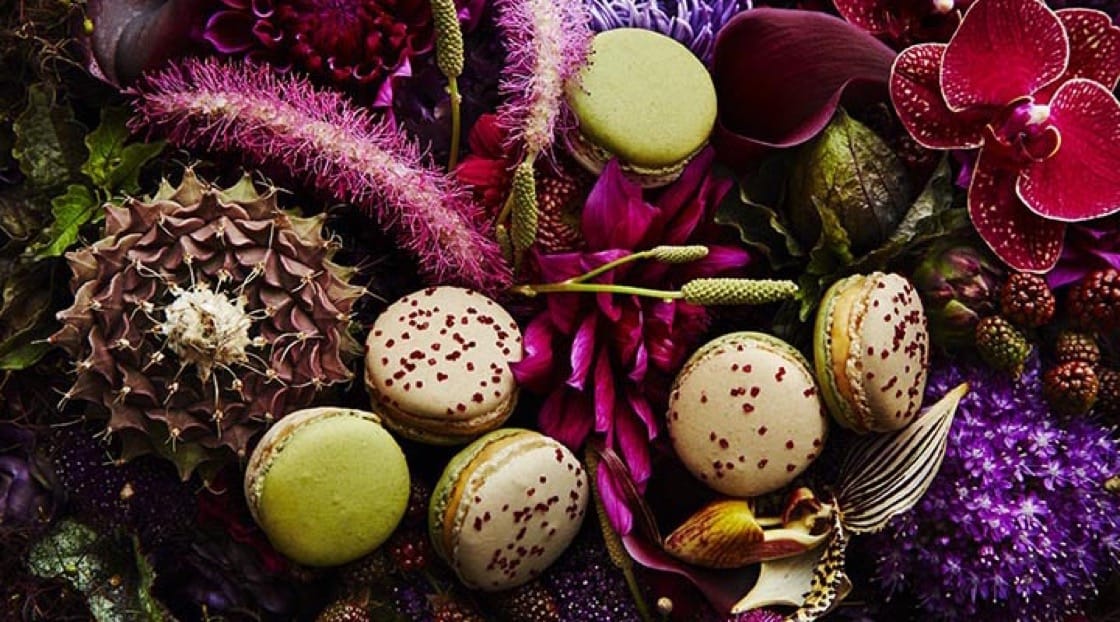 A descendant of a long line of pastry chefs in France, Pierre Hermé was determined to become a pastry chef from the tender age of 9.

“As a fourth generation pastry chef, I’ve been influenced by my father, who let me help out with various tasks ever since I was young. But the real turning point came when I was 14, when I left my hometown of Alsace to apprentice under legendary pastry chef, Gaston Lenôtre, in Paris. There, I learned most of my basic pastry skills and techniques, which helped shape the pastry chef that I am today.”

After working with Lenôtre for six years, he left to work for French pâtisserie chains Fauchon and Ladurée, and set up his eponymous pâtisserie brand in 1997. Today, his empire stretches across 44 stores in 11 countries.

In 1976, Pierre Hermé began researching the macarón in earnest, combining new ingredients with original recipes to create brand new flavor combinations, such as vanilla with green olives, violet and licorice, and white miso with dark chocolate—breathing new life into a classic dessert.

“I didn’t like macaróns, they lacked any sort of creativity,” Hermé says. “Back then, macaróns were either chocolate or raspberry-flavored. At best, you might get a new flavor such as coffee, but they were always too sweet. I didn’t like them at all.”

Creativity is what gives him life, he says.

“Creativity is not something you can choose—you either have it, or you don’t,” Hermé states, nonchalantly. Each time he starts researching a new flavor, he can create as many as 40 new recipes at a go. “Though macaróns weigh only a mere few ounces, they have an immeasurable charm that will surprise you,” he says. Fans of Pierre Hermé will know that he keeps dozens of unusual macarón recipes in his cookbook, Macaróns—including that of his most famous creation, the Ispahan. 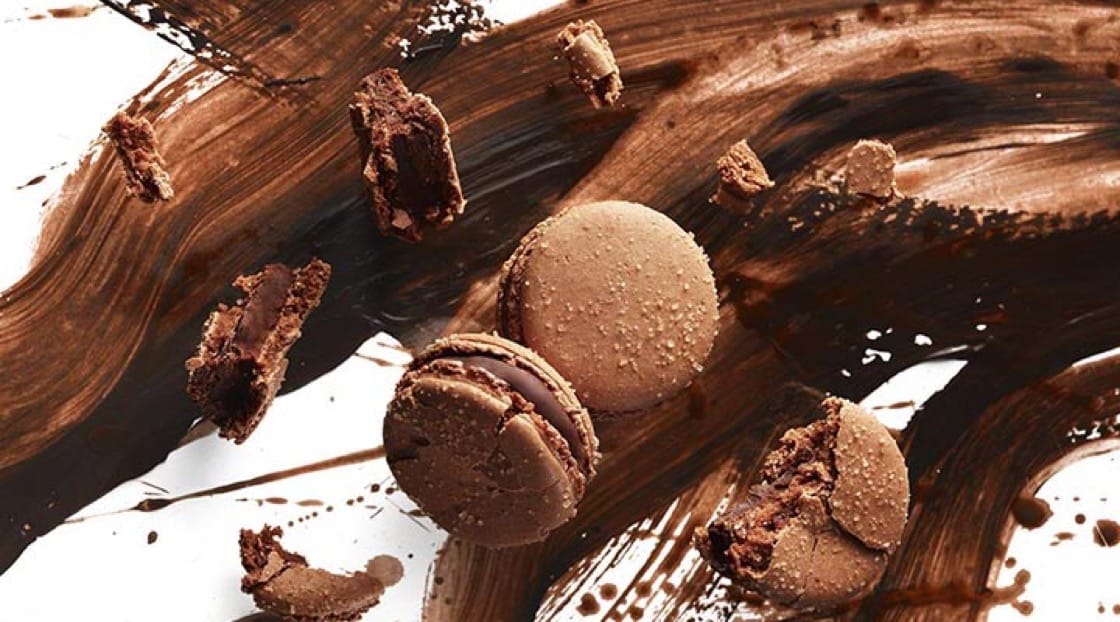 “I came across a rose flavor when having a Bulgarian meal, which led to the creation of my Paradis rose cake in 1987,” he shares. “Later, I wanted to concentrate this flavor into my macaróns. It was also then when I realized that there was a subtle rose flavor in lychees, so I decided to combine raspberries with rose butter and create the Ispahan. Now, whether it’s in cakes, macaróns or jams, the Ispahan has become widely accepted all over the world.”

There is no final destination in the journey of creation, he muses: “The field of pastry is an inexhaustible one. The only limits are yourself and your imagination.”