See how he’s guided the winemaking program for the past 30 years.

“Be careful,” Phillip Corallo-Titus says as I step alongside a patch of bright yellow-orange California poppies, their leaves blousy in the wind, trying to snap a photo. “This is the time of the year the rattlesnakes come out.” We’re on a small road on Pritchard Hill high above Chappellet, looking out over picturesque rows of vineyards to Lake Hennessey. I hear the crunch of tires on asphalt: it’s Molly Chappellet in a bright pumpkin-colored sweater; she’s just finished moving some fencing and is ready for a change of clothes—it’s midday and getting warm.

Donn and Molly Chappellet founded the Chappellet winery in 1967 at the advice of André Tchelistcheff. Phillip arrived in 1981, working with Donn the next four years. After exploring other opportunities in the late 1980s, he returned in 1990 to become the winemaker. It’s clear he’s become part of the Chappellet family, and it’s unusual to meet a winemaker in Napa Valley without a laundry list of consulting gigs. “To spend your whole life in one place, you’re wedded to it. You’re committed to the property, to the wines, to the owners,” he says of three decades on Pritchard Hill. “There’s the opportunity to have 10, 20, 30 clients paying you a lot of money. If one thing doesn’t work out, you just get another one.” 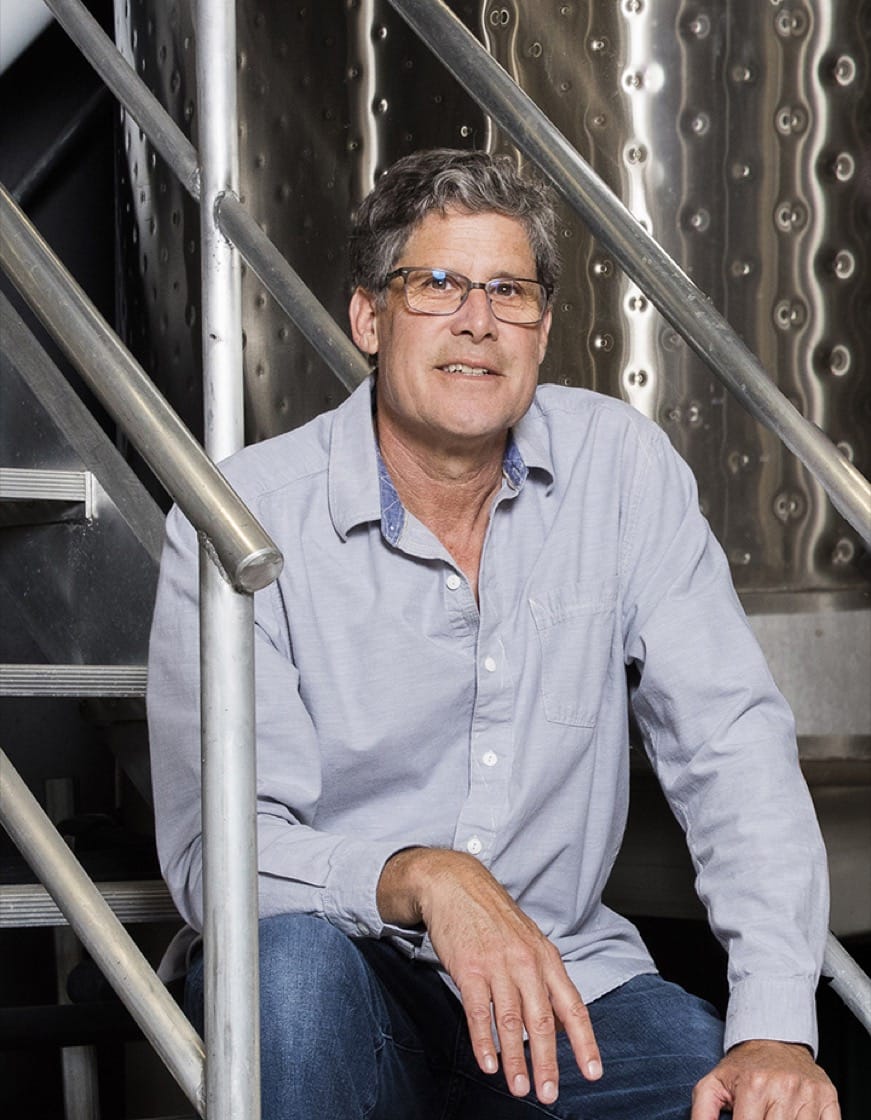 Phillip arrived at Chappellet with a different perspective. “When I came to Chappellet in 1981, it fit my vision of a winery; it was the European model and the way I thought it was supposed to be. Donn welcomed me and let me grow into the assistant winemaker position. I never knew about corporate winemaking, and I wasn’t really interested in it. A lot of people like having multiple clients because they’re not as committed; your time is your own, you’re usually at custom crush facilities, so you don’t have the same management responsibilities you do if you’re the winemaker. But at some point with all these clients, you’re just on a treadmill.”

If you’re going to commit to a place, Pritchard Hill is the ideal spot. Located in the eastern hills of the Vaca Mountains behind St. Helena, it’s not an official appellation but you’d think it was, looking at a list of addresses there: Colgin, Bryant, Ovid, Continuum and David Arthur, among others. Viticulture here began with Charles Pritchard, who planted vines in 1882 and made his first wines from those grapes in 1890. Cabernet Sauvignon from Pritchard Hill, grown in volcanic soils at a variety of different elevations from 800-2,000 feet, are some of the longest-lived wines made in Napa Valley. It’s a true Napa Valley grand cru.

“You can grow Cabernet Sauvignon anywhere in Napa Valley,” Phillip says, “but there is something unique about Pritchard Hill. When I look at it over time, I can see that, in a great year, it’s great; in a mediocre year, it’s good or great; in a bad year, the wine is still good one way or another, even though we don’t know what form it will take. That’s how I think a First Growth becomes a First Growth in Bordeaux. It’s very good quality and it’s consistent.”

A myriad of factors at play contribute to these special wines. “We have western exposure in our vineyards with thin, rocky soils that are well-drained. The elevation plays a role in that the vineyards are generally above the fog line, so we get cooler temperatures but more hours of sunlight. And you get warmer nights because the heat rises from the valley. All the boxes are checked. You have this perfect balance where things just happen like clockwork.”

I ask Phillip if he’s able to smell or taste a distinct signature in the wines from Pritchard Hill. “We had a blind tasting yesterday, and I could clearly pick out Chappellet,” he says, “but I’ve confused it with Bryant before.” There does seem to be a common thread among wines from Pritchard Hill. “There is something distinctive, but the wines do get blurred with other powerful vineyards. The deep color, the concentration, the level of tannin. There’s a darkness to the fruit, very little pyrazine and you don’t taste herbs. Blackberry, cassis, dark cherry, a sort of earthy, graphite depth, a nuance in the wines, but these things become very hard to define.”

Phillip has seen the style of Cabernet Sauvignon in Napa Valley change over the years as technology and farming techniques have improved and as consumer expectations have changed. “The original vineyards were all planted on St. George rootstock with California sprawl trellising,” he explains. “They made some tannic wines back then, but people felt that you drank the wines from less tannic years earlier and laid down the more tannic vintages.” Over the years, growers began to pick grapes riper and riper, pushing the pendulum to the other extreme. “Each winemaker who came along picked a little riper and wanted more intensity and body, because that’s what was in demand.” 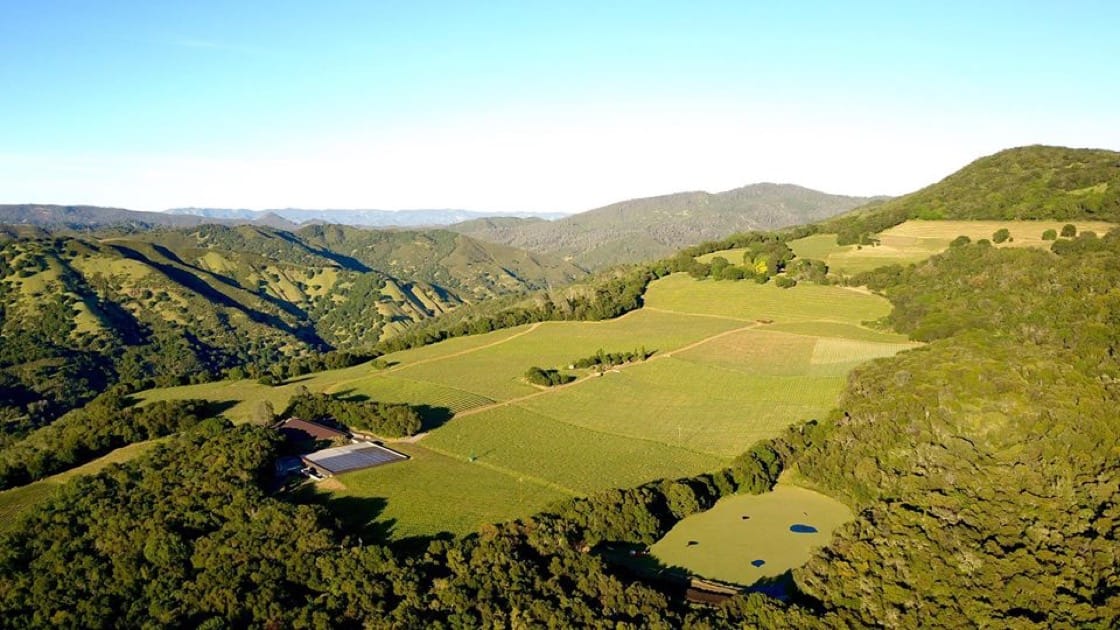 “How big is too big?” he asks. “Yes, we want big wines that get peoples’ attention. But we’re also looking for something that’s elegant. The best wines all have something in common—they’re concentrated with depth and richness, they’re expressive, but they also have this refinement.” With all the tools and technology currently available to winemakers, it’s relatively easy to make big, dramatic Cabernet Sauvignons. “We could win an arms race in terms of making big wines, but my job is to make beautiful wine that’s elegant at the same time and can stand up to the top growths in Bordeaux. To be in that category means power and refinement at the same time.”

I ask Phillip about the expectation of consumers for Napa Valley Cabernet Sauvignons to be approachable upon release and able to age for decades. “I think it’s very realistic,” he says. “Nowadays, through any lab you can analyze color, tannins, etc. and see what a wine is made of. What I notice about the Chappellet wines that have lived the longest is that they aren’t the monolithic wines. They are just the best put together wines—it’s not just about tannin. These are the things it’s hard to know when you first get into the business. There’s no way to learn to make wine like this overnight. You learn over time. At $10,000 per ton for Cabernet, you can’t fail. The goal is to make wine that thrills people, helps the business do well and makes you proud. The back end of that philosophy is using all your resources to take the wine to the highest level you can. The bar is set really high.”

The Chappellet vineyards earned organic certification in 2012, and both Phillip and the Chappellet family continue their commitment to their terroir, teaching others about the importance of farming sustainably and acting as stewards for the land, whether or not it’s planted to vines. It’s a forward-thinking approach, apparent in the importance Phillip places on mentorship. “Mentoring is part of your job description in this business,” he says, smiling. “I tell young people who want to become winemakers to go for it and jump in with both feet,” he says. “Work for somebody that respects you and knows what they’re doing and is willing to pass on their knowledge to you. Making wine is not that complicated, and if you can learn what you’re doing and become valuable to a business, you will almost certainly do well.”