Originally from Rochester, New York, Jacquelyn Paternico practically grew up in the kitchen. Her parents ran an Italian-American bakery out of her childhood home selling cakes, cookies, cannoli and the sort. Paternico started helping with her parents' business at eight years old, which is when her love for desserts began. 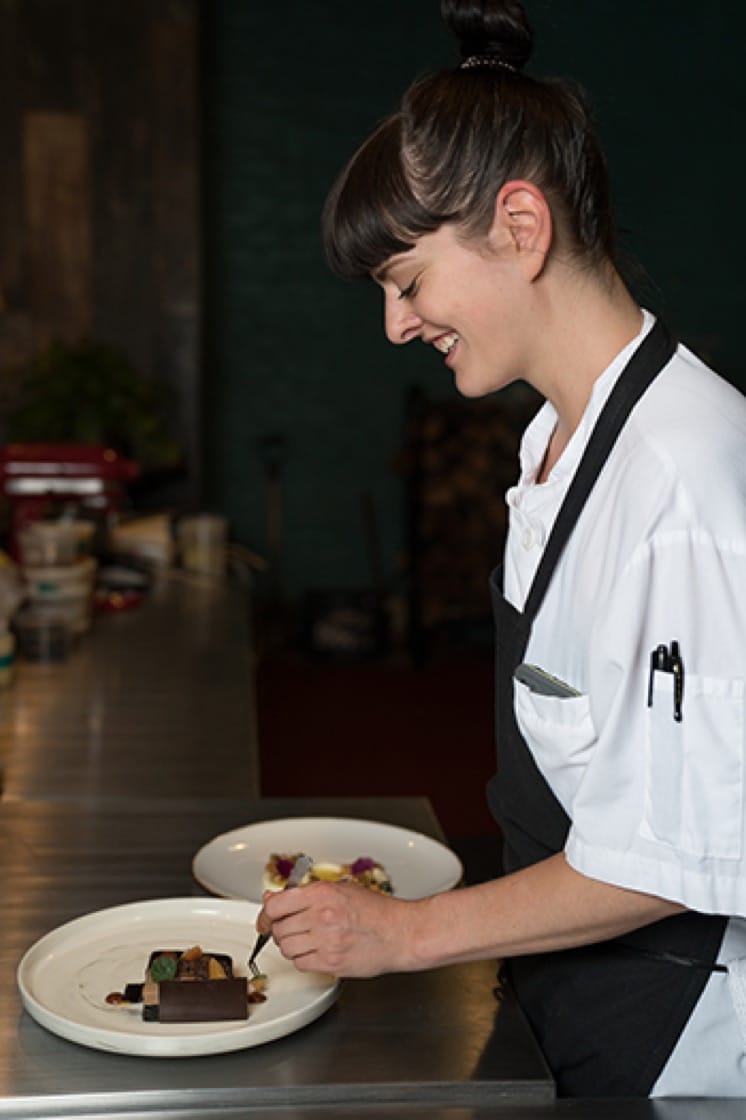 Paternico originally enrolled in a business program after high school, but transferred to Johnson & Wales in Providence, Rhode Island after a year to study pastry, graduating with her bachelor's degree in 2012. During school she worked at the now-closed Tallulah on Thames in nearby Newport, and then moved to Chicago where she worked at The Albert, Honey's, Waldorf Astoria and Green Zebra. She joined Band of Bohemia in May of 2018 where she now serves as executive pastry chef, her first time in such a role.

At the Michelin-starred gastropub, Paternico is tasked with creating desserts to complement the beers made onsite. "It makes it challenging, but it also gives you a guide of what you have to do," she says. "It's nice to have a beginning point so you're not just shooting in the dark." She finds inspiration from reading and collaborating with her team.

When it comes to her creative process, she likes to take old-school French desserts that you don't really see anymore and transform them into more savory, contemporary dishes. In terms of ingredients, Paternico is a big fan of chocolate, nuts, citrus and sour foods, such as black currants, yuzu and passion fruit. 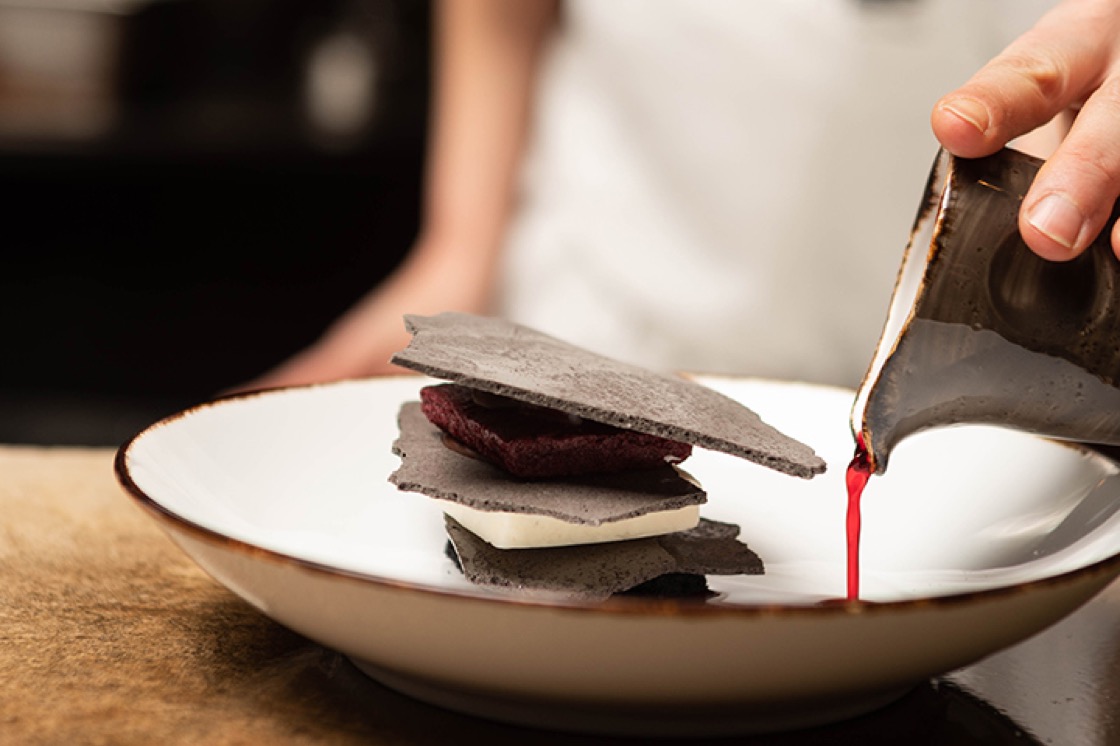 One of the current desserts on the menu is a black currant vacherin that she "wanted to make look like a rock formation." There's a forbidden rice cake on the bottom that gets layered with black cocoa meringue, tonka bean and cream cheese ice cream, and black currant sorbet. Then there's a cava and cassis coulis poured tableside, with the inspiration for the cava from from a drink.

The dessert menu evolves regularly, with Paternico changing at least one item per month. One of the recent additions, and her current personal favorite, is a dill and crème fraîche dessert with Granny Smith apples. 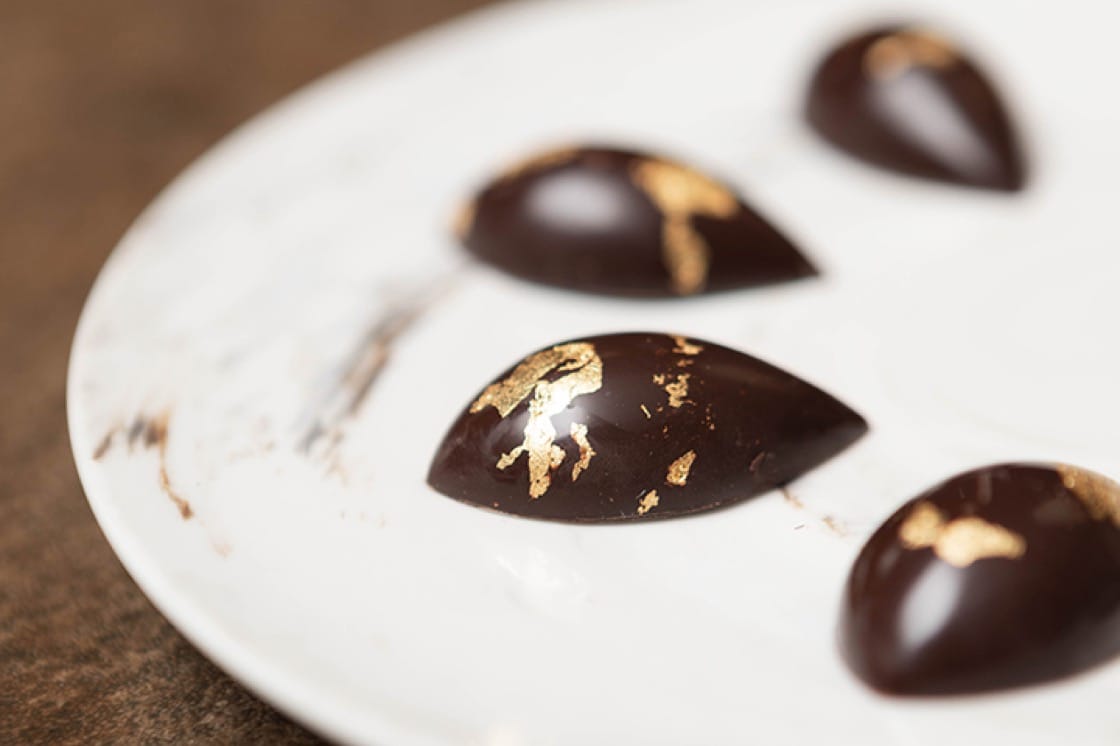 Paternico "wants to open a chocolate shop further down the line."

Looking forward, she wants to help maintain Band of Bohemia's Michelin star, and also "wants to open a chocolate shop further down the line." Overall, she loves the creative aspect of her career. That plus her love of food is why she became a pastry chef. "I'm also a workaholic. I think you kind of have to be to be in this industry."

Photos courtesy of Band of Bohemia.