The executive chef said goodbye to the group's signature buns and ramen in favor of something more eclectic.

Momofuku CCDC—named for CityCenterDC, the Washington, D.C. neighborhood where it resides—wasn't exactly in trouble when Tae Strain took over, but it wasn't a standout. The menu, after much prevaricating and hand rubbing, did attempt to make a name for itself with original items, but also settled on an approximation of what made Momofuku Noodle Bar so famous—buns and ramen. Reviews were favorable overall, but less enthusiastic than expected. Even attempts to go beyond the typical offerings—such as with "pupusa Mondays"—didn't seem to resonate. The lines, and the anticipation, fled.

It's fair to say that has changed rather dramatically under the enthusiastic eye of Strain. After being chef de cuisine at the Michelin-starred The Progress in San Francisco, the 35-year-old Strain became executive chef at Momofuku CCDC in November of 2017. Within a year there was noted improvement. Suddenly local chefs are at the restaurant posting food photos to Instagram and people are talking about it again with enthusiasm that rivals when it first opened. 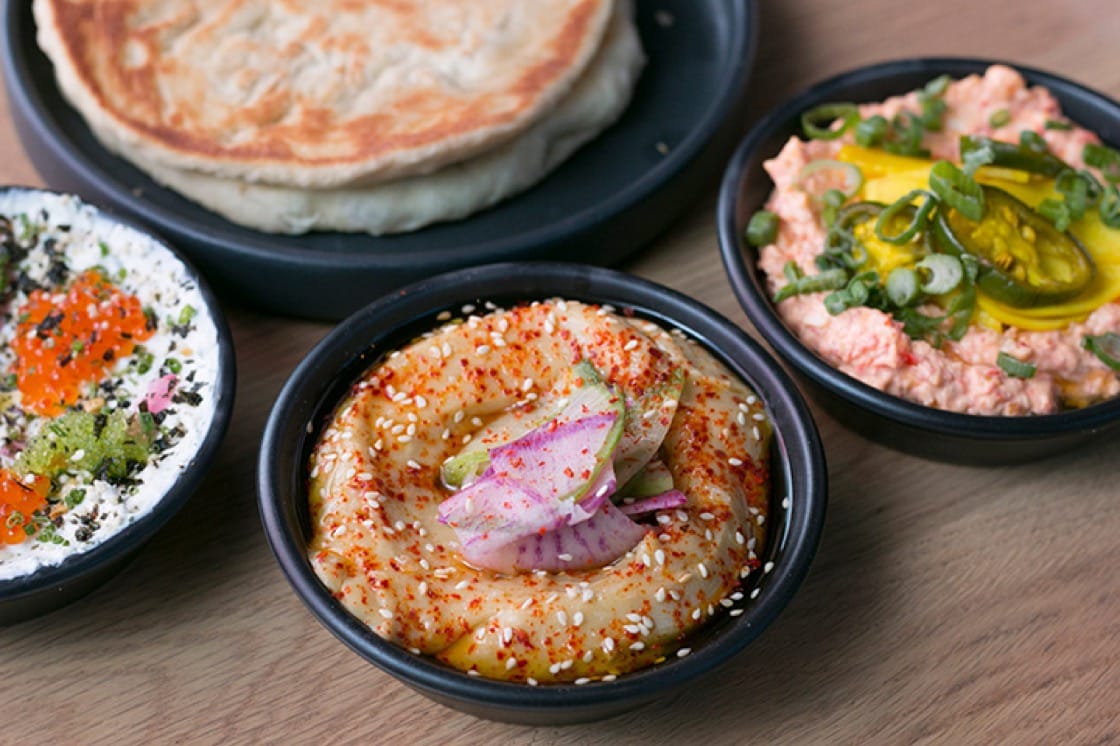 The menu is, if anything, more eclectic than it's ever been before. Gone are the buns and ramen that keep the original Noodle Bar crammed full every day of the year in New York. One week lamb and black truffle noodle soup shares page space with a 28-ounce heritage pork Porterhouse chop. Chinese bing bread comes with spreads like pimento cheese made with salted chiles, smoked Carolina trout with roe and Path Valley cultured butter. There's also grilled chicken, pasta and hamachi crudo. At first glance it might seem a bad portent. At a different restaurant, under a lesser chef, this could reflect a lack of vision and not particularly strong leadership—things that don't translate into good food.

If you ask Strain about the menu, he'll first share that David Chang has given him broad creative license to effectively do whatever he wants. Then, his life story bursts out of him. He'll talk about his family and his childhood home in a rural but wealthy town on the outskirts of Baltimore. Strain's travels in Southeast Asia and Europe might come up, including time spent staging at Nahm in Bangkok and Maison Rostang in Paris. He'll also share about his time at The Progress and his deep, abiding respect for his friend and mentor Stuart Brioza and his wife Nicole Krasinski (the duo behind the Michelin-starred State Bird Provisions). 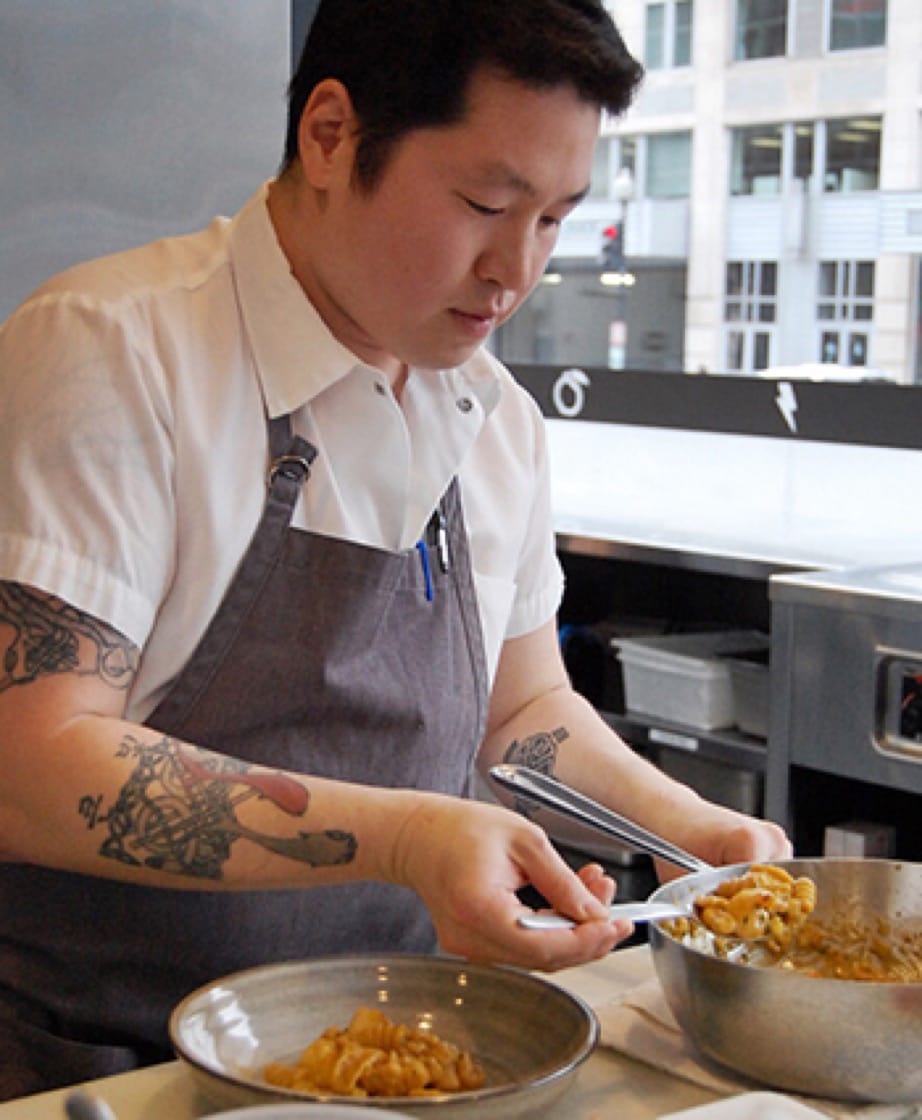 Cooking wasn't the path he had planned to take. As a teenager and young adult he intended to become either a teacher or a social worker, and went on to earn a bachelor's degree in the latter. Meals were a central part of his family life, though, and growing up, dinner with his siblings and parents wasn't just mandatory, it was something he looked forward to. Strain was debating whether to attend graduate school when he got a job working as a line cook at The Iron Bridge Wine Company, a small wine bar located in Maryland. "It was the first time I'd worked with raw ingredients or where someone taught me how to cook meat," Strain says, explaining (with some embarrassment) that his first cooking job was actually at a Pizza Hut during high school.

Working the line proved to be a turning point in his life, showing him a new way to do the things he knew he wanted—to work with his hands, be of service to other people, engage with other cultures and seek mastery of a set of skills. "[It was] the connection of making something for somebody else, and all of these sort of primal things. I think that's why I loved it immediately and felt connected to it." 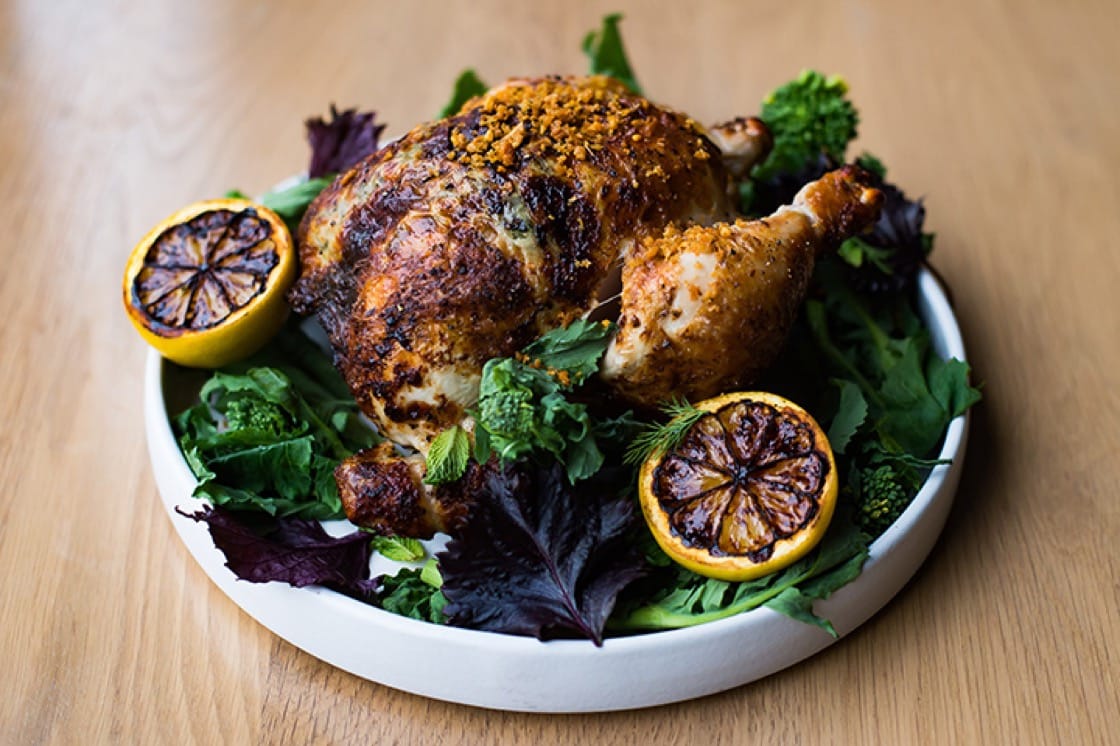 His career after that took him around the world. New York as sous chef at PUBLIC under Brad Farmerie. Helping to open and run a now-shuttered restaurant called Demi on the outskirts of Baltimore. A stint in Napa. Five months backpacking and cooking around Asia. Back to New York again to build out, open and helm another restaurant, then four months in Europe and San Francisco after that.

And now, Washington, D.C., at a restaurant where he serves dishes like shrimp and grits with toasted chile, pickled shiitake mushrooms and grated cotija cheese (which he says he sometimes uses as a savory replacement for salt). At CCDC he has the freedom to make a French-inspired dish one week and something Southeast Asian, Korean or even Californian the next.

"I don't ... care about [what's] trending, or cool, or anything like that," Strain explains. What he wants to do is to create a restaurant experience that's authentic for diners in D.C., which speaks to the food of the region, but also the cuisines he's come to know and love through his travels. Strain hopes to keep things honest by "saying really hard goodbyes to all the classic [Momofuku] things"—and it seems to be working.