The Thailand native recounts her tale of coming stateside.

When Pim Techamuanvivit was 19 years old, she traveled from her childhood home in Bangkok to visit an older sister who was studying in Washington, D.C. Techamuanvivit’s mother had given her the choice between studying abroad with her sister in D.C. or joining a cousin in Los Angeles. “It was winter in D.C., and all I remember was that it was so cold,” says Techamuanvivit. “So I moved to L.A.”

Techamuanvivit is the chef behind the one-Michelin-starred Kin Khao in San Francisco. Her unassuming eatery—spare wooden tables surrounding a tidy open kitchen—is a favorite among those looking for authentic Thai cuisine using only the best locally sourced ingredients. Techamuanvivit’s winding career path, from working for Netscape and Cisco Systems in Silicon Valley to launching her own line of fruit jams, has kept her in California since college and in the San Francisco area since 1998. “We would all get shipped off to study abroad—my siblings and cousins,” she says, explaining that everyone was expected to return to Thailand immediately afterwards. But Techamuanvivit stayed. “I was always a little bit weird, independent, and I felt like I had more freedom to live my life and choose what I wanted to do by living in the U.S.,” she says.

She’s now been abroad for nearly 30 years, and from this came a yearning for the comfort food of her home country, which eventually put Techamuanvivit on the chef’s path. “Cooking food was never really something I was interested in. I was more interested in eating it,” she says, recalling how all the Thai restaurants she would visit in the U.S. offered the same few dishes—rarely the ones she missed from home—and most of them were too sweet or altogether unrecognizable compared to the versions she remembered. “I realized that if I was going to live my life in the U.S., I needed to learn how to cook all the dishes that I missed because no one else was going to do it for me,” says Techamuanvivit. She decided that every time she returned to Thailand, she had to master at least one dish. She tapped her eldest aunt, the keeper of her grandmother’s recipes, to teach her the family techniques. And she also explored other culinary avenues. “A lot of people call me self-taught, but I learned from everybody. I would tag along with household cooks to the Bangkok markets, or think of who made the best dish of something when I was growing up and ask them to teach me. Everyone was my teacher,” says Techamuanvivit. 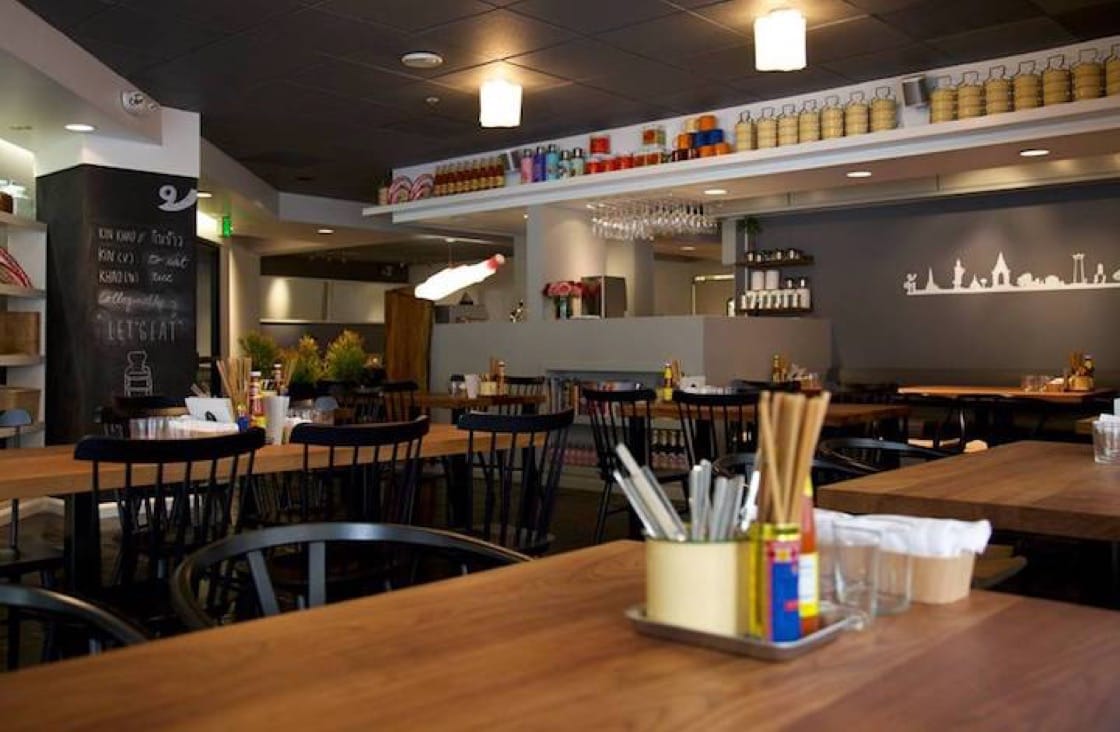 One of the first things she learned to make was nam prik pao, a spicy chile jam that features a medley of garlic gloves, shallots, fermented fish sauce, tamarind and shrimp paste, among other things, which she likes to use with everything from stir fry to simple toast. “When I was a child, it was always around in the house. My aunt would have this big production in the kitchen with multiple people helping her make it. She’d fill a bunch of jars and send them to all our different relatives,” says Techamuanvivit. In fact, it was a past incident with nam prik pao that also helped spark her cooking ambitions. After one visit with the family, Techamuanvivit’s mother had filled her suitcase with beautiful new clothing to bring back to the U.S. Techamuanvivit packed the clothing with jars of nam prik pao, which broke mid-flight and destroyed everything inside the suitcase. “I remember thinking this was not sustainable and that I needed to learn how to make nam prik pao myself,” she says.

Kin Khao quietly opened inside the Parc 55 hotel near Union Square in early 2014. By the time it earned its Michelin star in September 2015, it had already garnered a cult following for its unapologetic use of fiery spices, fermented everything and top-notch food purveyors. Some items on the menu, such as the nam prik long rua—a caramelized pork belly and crispy catfish served with a spicy shrimp paste—are listed with a warning that it is not for Thai food beginners. “I cook the food I want to eat. There are some adjustments because I want to cook with as many local ingredients as I can, but I don’t change anything to please Americans,” says Techamuanvivit. One of her most popular dishes is a rabbit green curry. The original recipe from her grandmother uses chicken, but Techamuanvivit had trouble sourcing the same sort of chewy, free-range poultry she remembers from childhood. She eventually chose a local farm that sustainably raises rabbits free of hormones or antibiotics. “You probably won’t find green curry with rabbit in Thailand, but I feel the texture of it was closer to the chicken that my grandmother used. Even though it’s something different, it’s still Thai, and a completely nostalgic dish for me,” says Techamuanvivit.

Last year, Techamuanvivit took over the kitchen of the one-Michelin-starred Nahm inside Bangkok’s Metropolitan hotel. She’s serving elevated dishes like blue swimmer crab in a yellow curry with calamondin (also known as calamansi), a citrus fruit that’s native to southeast Asia. “It’s been a great experience where I get to cook with amazing seasonal Thai ingredients that don’t always get exported to the U.S.,” she says. “And I have 20 cooks in the kitchen as opposed to the four at Kin Khao.” It’s Techamuanvivit’s first step into the world of fine dining—a departure from the casual and boisterous Kin Khao—and a triumphant return to her native city, albeit part-time. “When I’m in Thailand I feel like I’m from there and also completely foreign at the same time,” she says. “I never really lived in Bangkok as an adult, so I have to re-learn my connection to the city as a grown person.” She jokes that every time she wants to go out at night she feels like she should first ask her dad.

Meanwhile, there is no love lost for San Francisco. Earlier this year, she opened Kamin, a take-out version of Kin Khao at the ambitious new 3,241-square-foot Manufactory Food Hall inside the San Francisco International Airport. Her gluten-free fried chicken there is already making waves with the traveling set. And this spring, Techamuanvivit will open Nari in Japantown. The name means “women” in both Sanskrit and Thai and it’s meant to honor her culinary teachers as well as the overall role women have in Thai cuisine. Given the tight quarters at Kin Khao, Nari will allow her to spread her wings. “I wanted to build more of a grownup restaurant—a bigger kitchen, more space between the tables, a quieter room—but it’s not going to be Nahm SF,” she says. “There’s no fun in doing the same thing.” She hopes the extra space will allow for a larger fermentation operation as well as the opportunity to incorporate more seafood into the menu. “It’s great being back in Bangkok with Nahm, but San Francisco is home,” says Techamuanvivit. “Something about this city has the same rhythm that I have.” 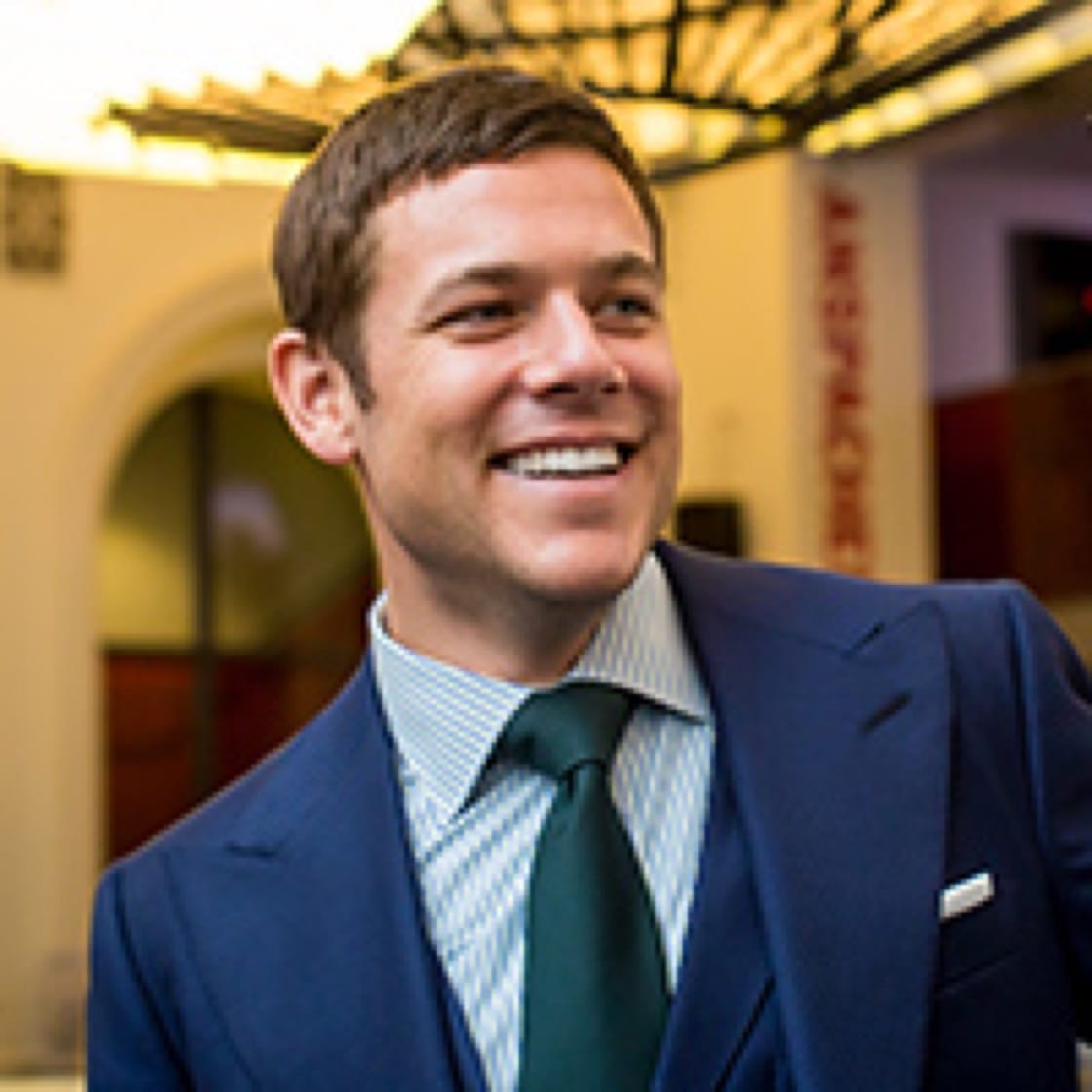