Mahle cooks for the crew plus up to 24 guests aboard her and her husband/co-captain's boat.

The sun has barely crested the calm, rippling horizon off the coast of Maine as chef/co-captain Annie Mahle sits in the galley of her wooden schooner with a yellow legal pad, enjoying the silence. She rises each morning at around 4:30 a.m. to plan her day and to stoke the miniscule galley's wood-burning stove—a squat, chrome-accented antique she's named Lucy. The wood-beamed ceiling is low and stuffed with maps and nautical charts, with light filtering in through small windows. Soon the crew will be tending to the manifold needs of the vessel under the watchful eye of Mahle's husband/co-captain Jon Finger, while she and her assistants prepare for a day of cooking and hospitality.

The homeport of Mahle and Finger's boat, the J&E Riggin, is Rockland, Maine, a small picturesque town settled snugly on the rugged coast. While Portland (which lies about an hour and a half south) has made a name for itself as a culinary hub, this stretch of the New England shoreline hosts some serious talent, including Rockland's seasonal hotspot Primo and the Mediterranean trattoria Nina June in Rockport.

Mahle is among the area's pool of talented chefs, but her seasonal and creative fare is a little harder to come by. Her professional cooking takes place at sea, in a kitchen that's approximately six-by-eight feet. Her work space—and the entire ship in fact—is without electricity. Perishable items are kept in large, ice-packed coolers on the deck. Bread rises in the cozy warmth of the galley and is baked in the wood-fired oven in which all meals (minus on-shore lobster bakes) are cooked. Mahle takes pride in her ingredients and is careful about sourcing them. 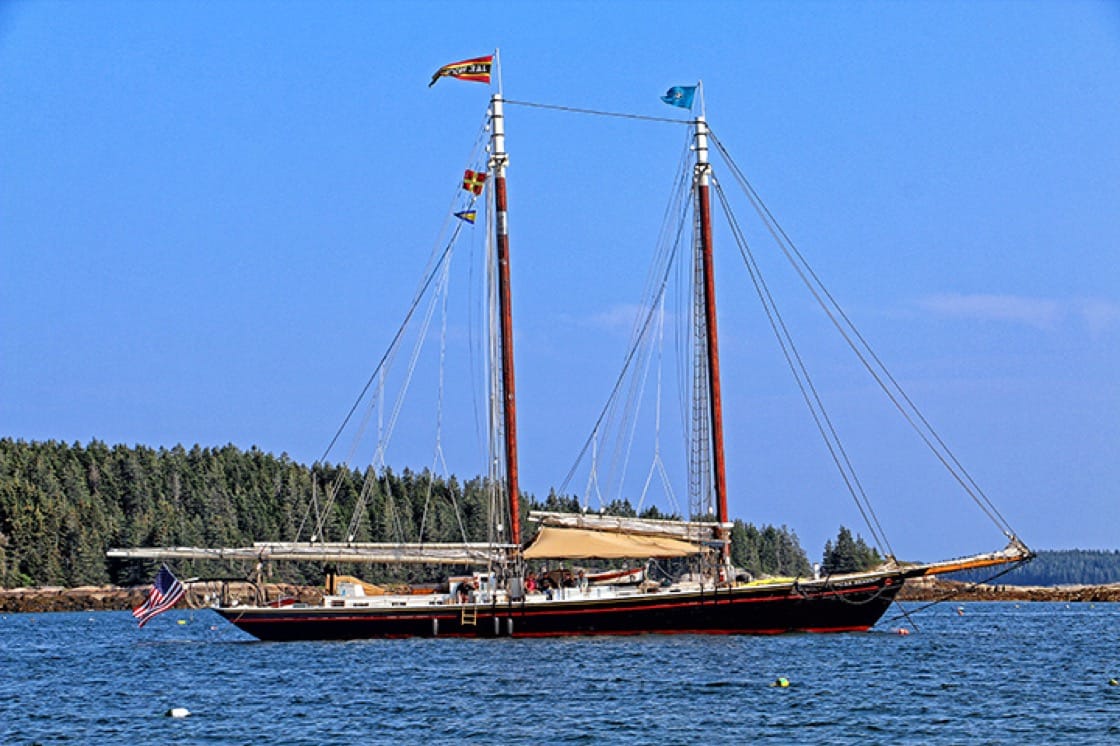 The homeport of Mahle and Finger's boat, the 'J&E Riggin,' is Rockland, Maine.

"I really didn't start cooking and caring about [it] until I came out to schooners." Mahle is prepping for a meal as we speak, her back to the stove as she stands in front of the miniature counter on which she cooks for the crew plus up to 24 guests.

Originally from the Midwest, Mahle first started working in the restaurant world while in high school, at the kinds of places she says weren't concerned about craftsmanship or quality. She enrolled at Michigan State University, where she continued to take on cooking jobs in order to earn money for school. She eventually came to cook for the various sports teams on campus, a job that required flexibility as the teams' meals often coincided with their erratic practice schedules.

Mahle studied psychology and, as one does, contemplated the long road to getting a doctorate, but on the other hand, she also wanted to work and travel. The latter won out and through a friend-of-a-friend she landed a spot on the Stephen Taber, a schooner located in Rockland that was in need of a mess cook. It was there that she met a bearded, blue-eyed man named Jon Finger, then the Taber's first mate.

Watching Mahle and Finger together tells you all you need to know about how she ended up as the chef of a schooner and not as a suffering academic. They are endearingly smitten with each other, and in person, as well as in her three cookbooks, she describes how her love for her husband coincided with her passion for cooking. 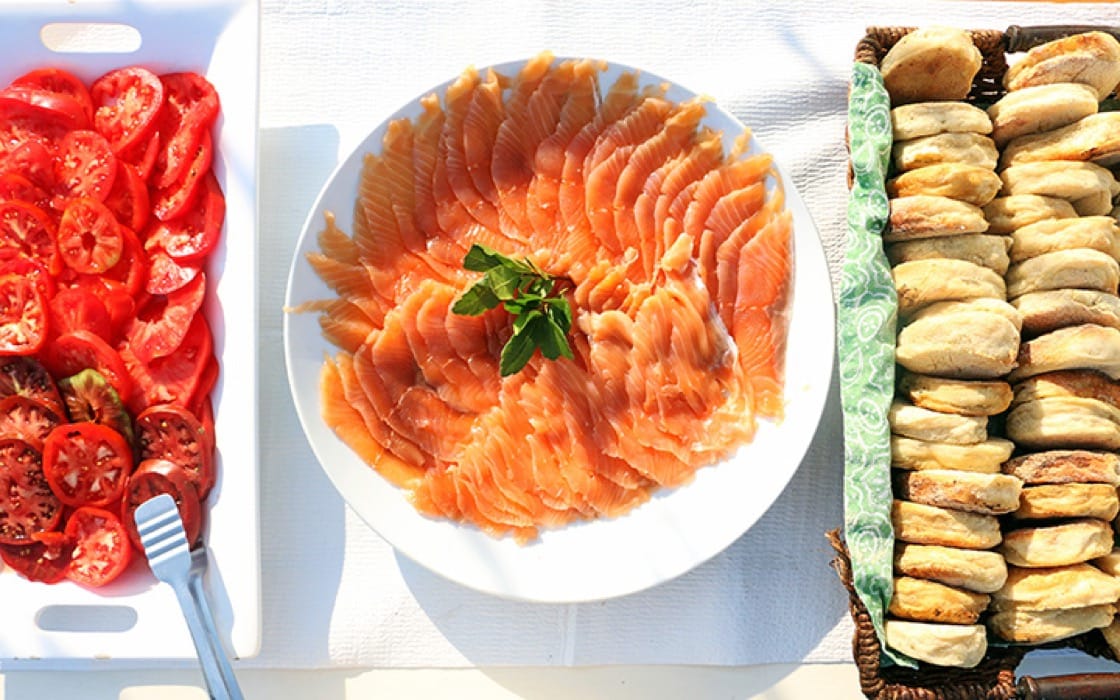 Mahle takes pride in her ingredients and is careful about sourcing them.

"So that first summer after I graduated from school I came out to work on a schooner and it was the first time I really experienced everything made from scratch." Fresh bread and pies were made daily. The food was basic, she says, but it gave her a vision of a type of cooking different from what she'd experienced in the past—it was exciting. As she learned more about baking and cooking, she also learned to sail from her now co-captain.

Mahle describes her burgeoning interest in the craft of cooking, and in becoming invested in the origin of her food, as having coincided with societal shifts in how Americans thought about what they consumed. "In the beginning of the 90s was when we started to think about our food and where it comes from."

On the Taber, Mahle rose through the rank from mess cook to deckhand and then head cook. Captivated by her seabound life, Mahle spent a brief stint working on another schooner (the Victory Chimes) before apprenticing under Hans Bucher, a Swiss chef working at what is now Primo. After three years she went to the Culinary Institute of America (CIA), where she took coursework in pastry and baking to further develop the skills she utilizes on a daily basis on the J&E Riggin.

What powers meals on the Riggin—beyond Mahle's own creativity and skill—is a dedication to seasonality and sustainability, a topic she writes about on her blog, At Home & At Sea. The produce comes either from Mahle and Finger's own garden or that of someone they know, the meat is locally and sustainably raised, and the fish and shellfish come directly from the waters that define life in the Northeast. The food is not simply a product of a talented chef and her ship's cozy galley, it is inherently of Maine. It speaks to the truth of what it's like to make a life on the rocky, storm-swept coast and to use the best of what's available.