MICHELIN Guide Inspectors spend all year on the road uncovering the best restaurants to recommend—and what they've found is too good to keep a secret. Find every restaurant in the MICHELIN Guide Chicago here.

Cuisine: American
Chef Jonathan Sawyer's restaurant is on the seventh floor of the Four Seasons hotel. It's a glorious space with a bar and lounge that blend seamlessly with the airy aesthetic. The menu is a love letter to global influences along with the bounty of the Midwest. 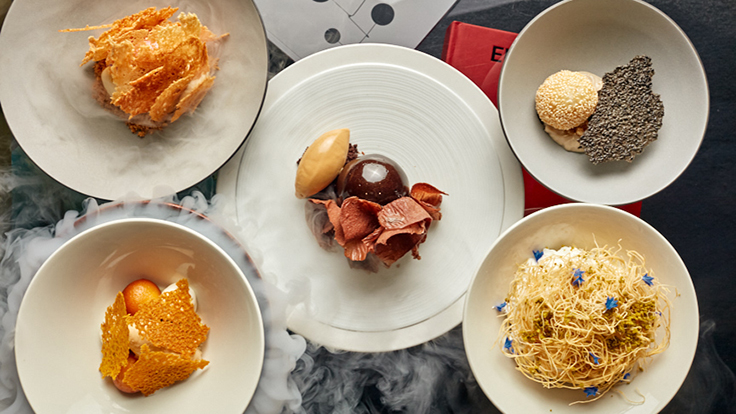 Cuisine: Italian-American
From Boka chef, Lee Wolen, this spot brings nostalgia to the fore, by way of its Italian-American cooking. Take your pick from an array of classics, including pizza, pasta, and a host of shareable entrées. 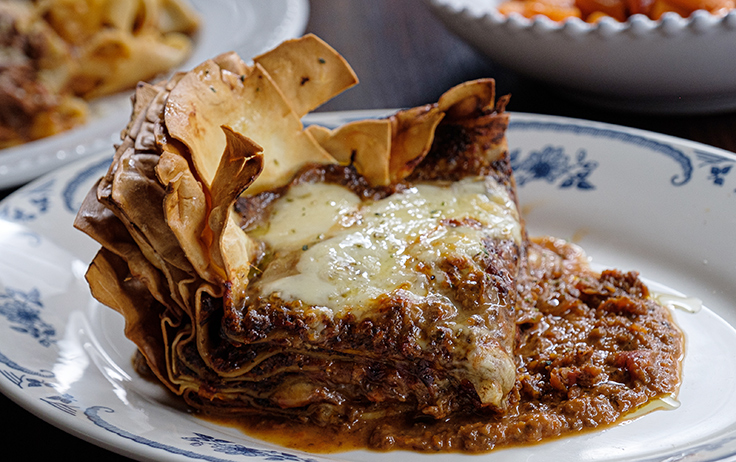 Cuisine: Mexican
From antojitos and tacos to otros, every dish by Chef Guillermo Reyes is delicious. If the roasted beet salad is on offer, go for it. Then indulge in such tacos as the beef suadero or seasonal soft-shell crab. 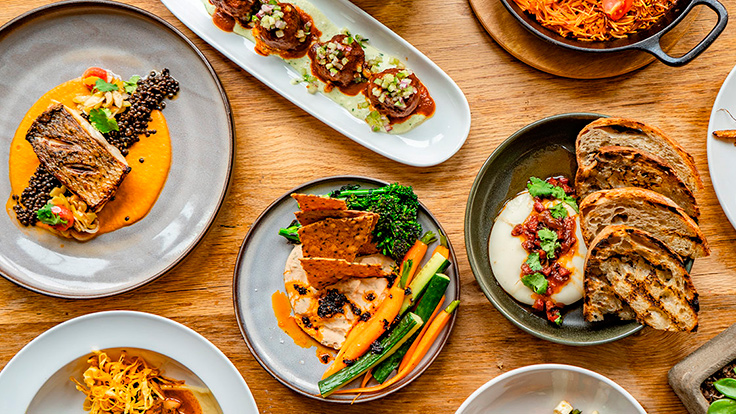 Cuisine: Croatian
Conceived by Chef Joe Flamm, this neighborhood delight in the West Fulton Market is worth every bit of hype—from its singular menu to the airy design. Imagine a setting that evokes Croatia's konobas (akin to a rustic trattoria) 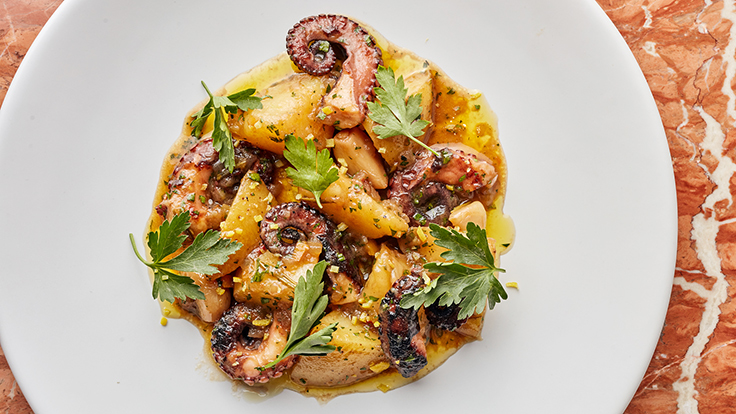 Cuisine: Asian
This lovely little jewel sits on a corner of Clinton Street, within the splendid CH Distillery. Omakase is the way to go, but don't sleep on the à la carte as it features much of the same flavor and quality. A meal here is basically one delicious bite after another—think Massachusetts oysters with yukari ponzu; silky Japanese snapper; and Threeline grunt with rice and seaweed. 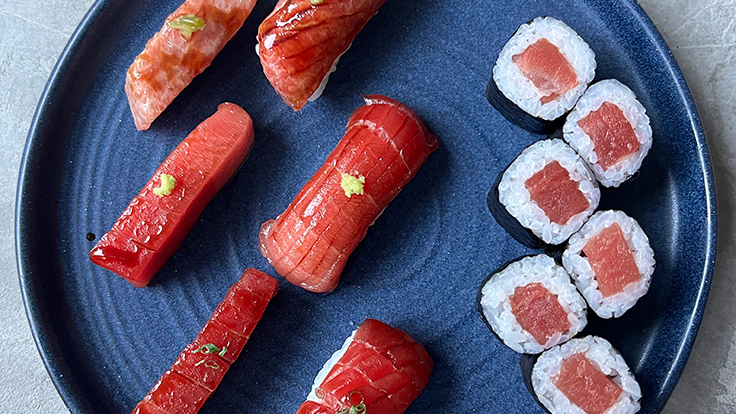 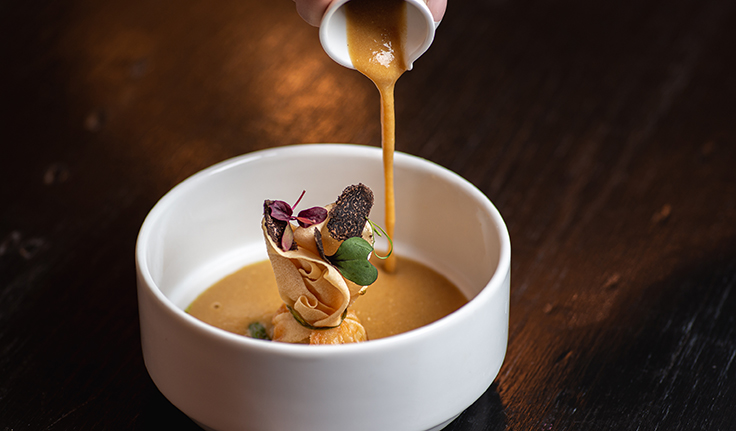 Cuisine: Japanese
Julia Momosé is the creative force behind this hip corner haven. The name depicts a woodworking technique, and its serene surrounds feature a deluge of natural light. Informed and attentive servers glide through the room—perhaps in tune with moody jazz tunes—delivering a lineup of creative plates. 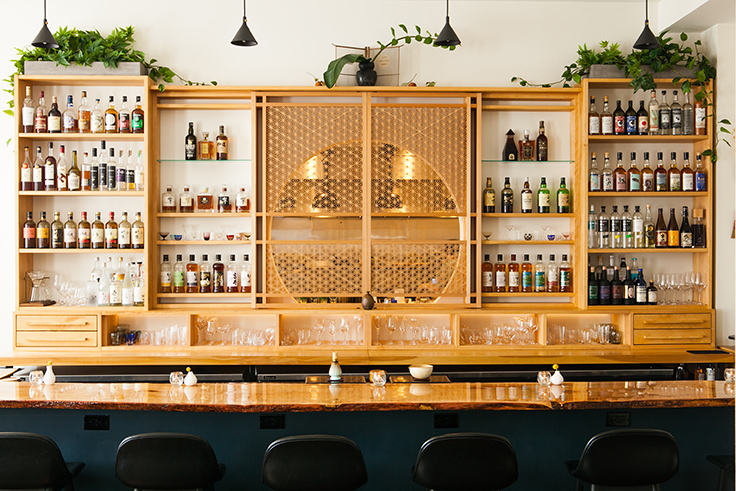 Contemporary
Flaunting a fantastic location, right by the McCormick Place Convention Center, the design of this dining room conceived by Chef Stephen Gillanders' wife, Seon Kyung Yuk, is cool and chic. Over in the kitchen, the chef is the kingpin and may be found shuffling between the wood-burning oven and serene counter. His cooking is straightforward, exemplary, and poised for sharing. 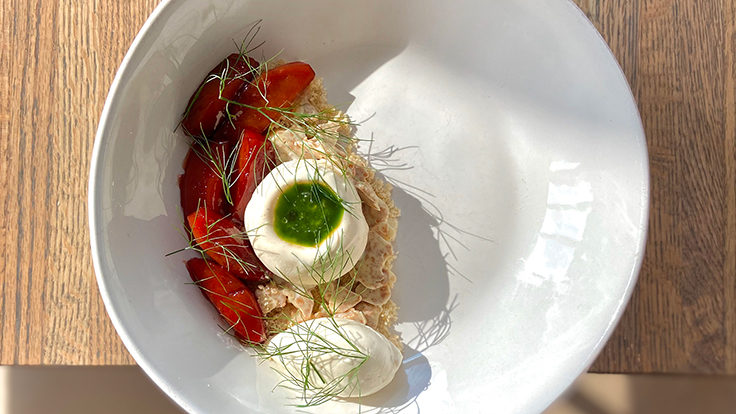 Greek
There is more than one way to enjoy this handsome Greek looker, set just off Logan Square Park. Some make an entire meal out of the mezze by swiping warm pita through dips; while others might zero-in on that hulking platter of grilled lamb chops. 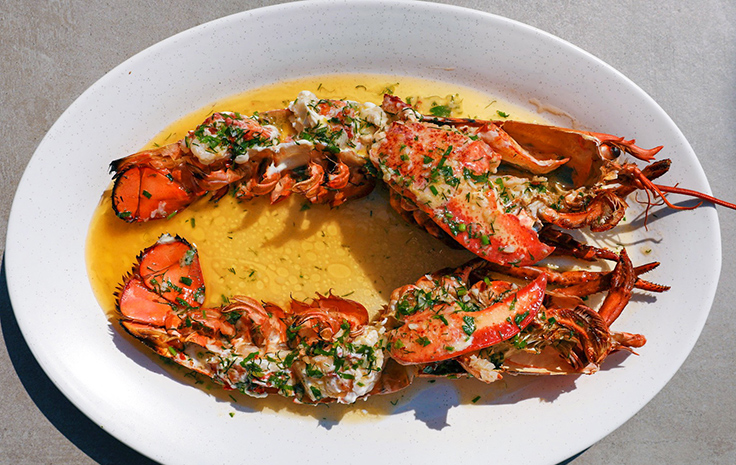 Cuisine: Seafood-Mexican
Diners are attended to by a small army of smiling servers. Pan-Mexican dishes are on the menu, with such popular plates as a whole-grilled pineapple stuffed with tender octopus, chipotle-cream sauce, and Chihuahua cheese. 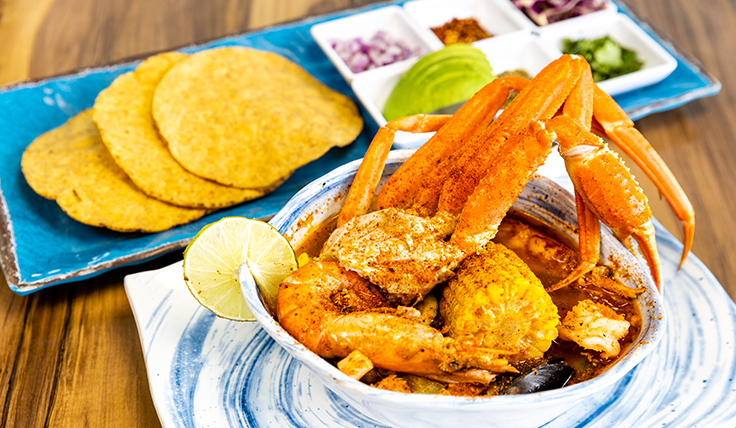 Cuisine: Vegan
Chef/owner Rodolfo Cuadros is in the saddle, while the staff are always on the ball, presenting diners with a menu full of flavor and textural complexity. A perch here will ensure you're in full view of the team as they work closely with a host of pristine ingredients. 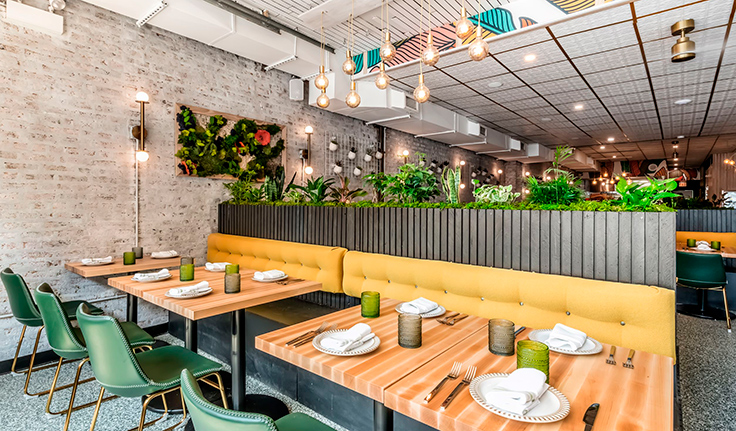 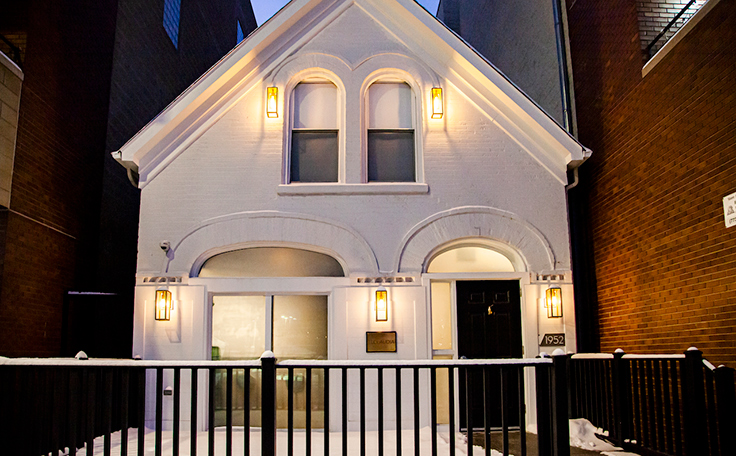 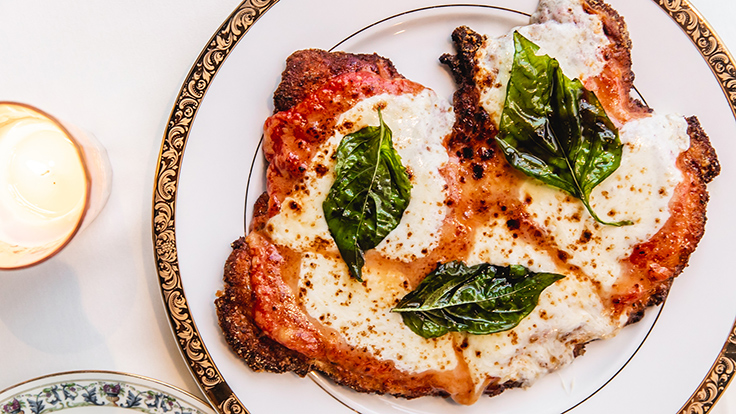 Cuisine: Japanese
Chef Otto Phan has set-up in the "Elston Industrial Corridor" to offer his fans a less expensive and more casual omakase experience. This may be had at Hinoki Sushiko, which is a counter located on the second floor of the building. The first floor izakaya, in the meanwhile, caters to those in the mood for some sips and snacks. 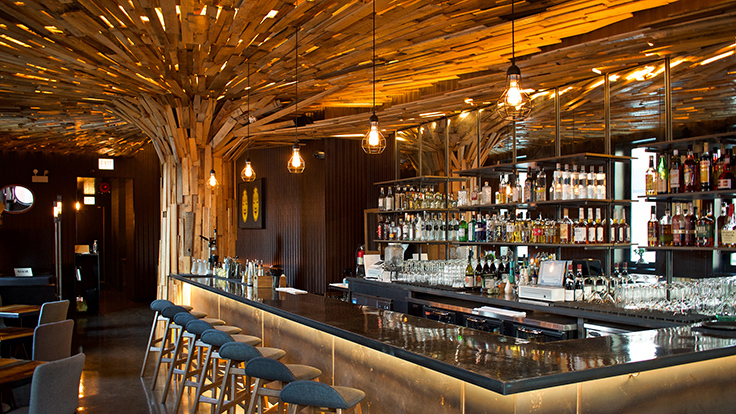 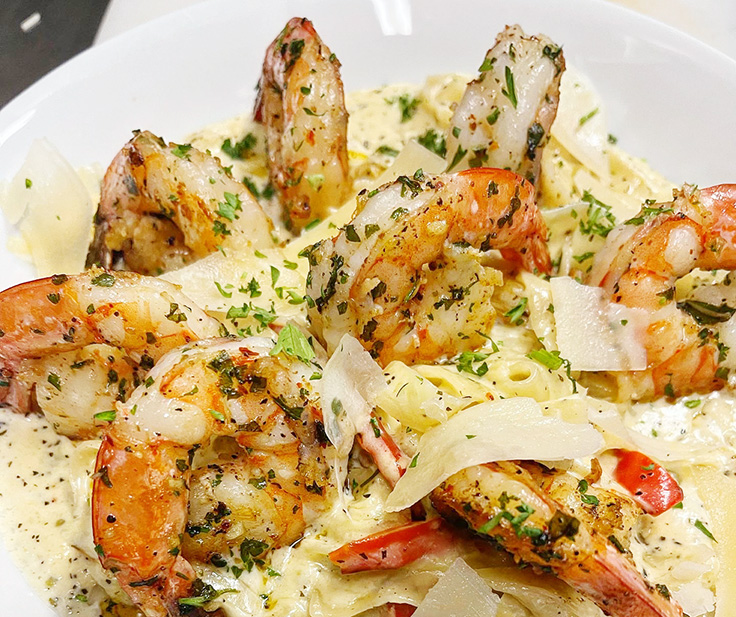 Cuisine: Gastropub
Creative pairings like Prime steak with fish sauce caramel or halibut with sake-dill beurre blanc are approachable and delicious. In a hurry? Sit at the bar and go for the smash burger with roasted Kennebec potatoes.

Cuisine: French
This modern French spot—complete with an oyster bar—is set just off the Magnificent Mile. In brief, it's an updated brasserie furnished with sultry lighting and lively chatter.

Cuisine: Contemporary
Together with his co-owner and wife, Katrina Bravo, Chef Jenner Tomaska lays bare lofty ambitions at this airy atelier. The show begins with intriguing bites served at standing tables just inside. The multi-course meal that follows features a variety of dishes, each offered on custom pieces made by local artists. 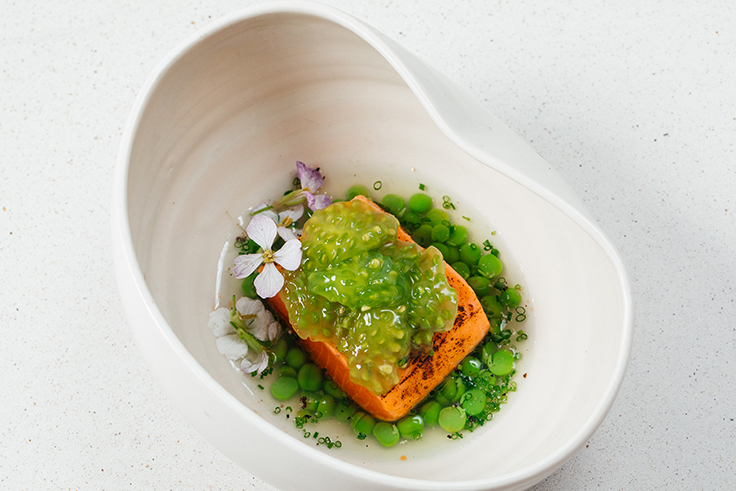 Cuisine: Middle Eastern
Chef Zach Engel, brings his experience to bear on this personal brand of modern Middle Eastern cuisine. His prix-fixe allows diners to make their own selections from a range of options, but sharing is key to cover the most ground. Kick things off with salatim (spreads and pickles) accompanied by flame-kissed pita. 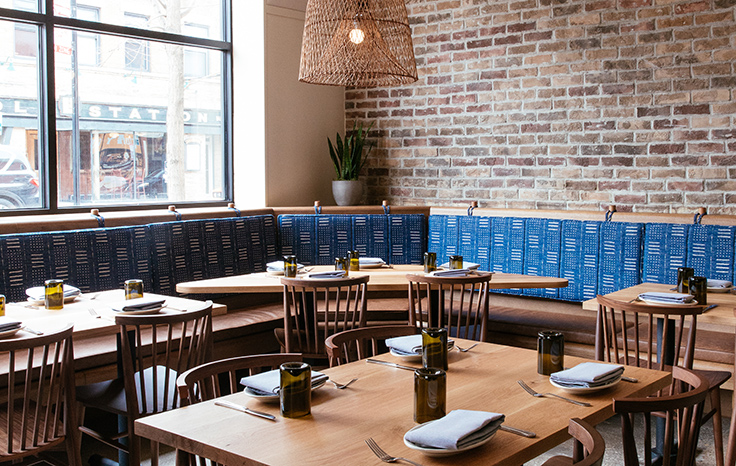 Cuisine: Asian
Cantonese-style char siu pork collar and jumbo shrimp with chili-garlic arrive with fluffy coconut rice. Wide, house-made rice noodles are either steamed or wok-seared, before being paired with the likes of minced soy sauce beef or smoked tofu. It is, by all means, very easy to over-order, but under no circumstance should diners skip those egg custard tarts. 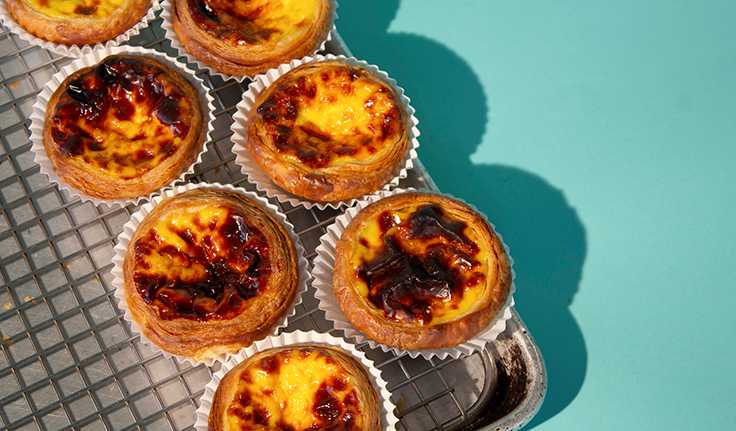 Cuisine: Italian
Dishes feature some exceptional products, as seen in smoked eggplant with roasted peppers and ricotta salata. Focaccia makes a fine match to the latter, not unlike the guanciale-infused all'arrabbiata that adorns twists of casarecce. 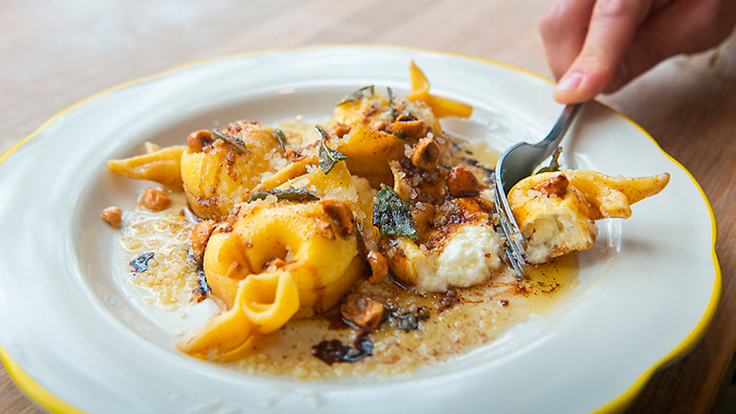 Cuisine: Southeast Asian
Chef Zubair Mohair's culinary respite is a delicious and welcome surprise. The small, intimate, and historic "coach house" brings a myriad of new flavors and layers of complexity to the cuisines of both South- and Southeast Asia. Born in India and raised in the Middle East, before settling down in Chicago with his family, he pivoted from finance to—his true calling—cooking. 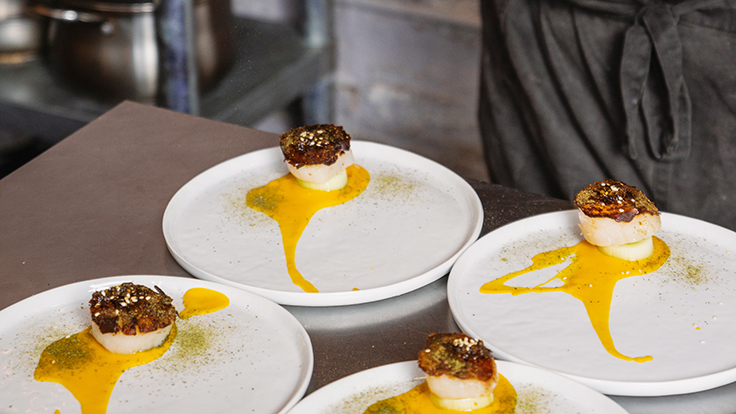 The Coach House by Wazwan. Photo by Kim Yo