The stars are shining brightly over Orlando and Miami, with 15 new MICHELIN-Starred restaurants joining the inaugural MICHELIN Guide Miami, Orlando and Tampa

Cuisine: French
The menu here offers both tasting portions and large plates, but go with the seasonal prix fixe. The bread basket is a lovely opener, arriving in advance of such thrilling bites as a seared sea scallop with toasted spices. The Design District setting bears all the beloved hallmarks of this trendy neighborhood, with its counter and open kitchen. 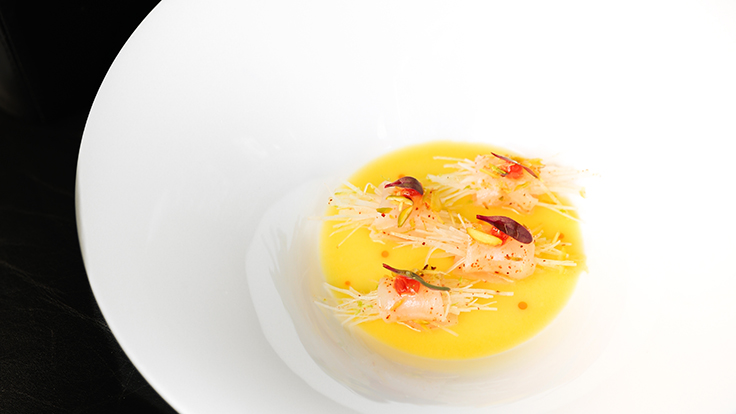 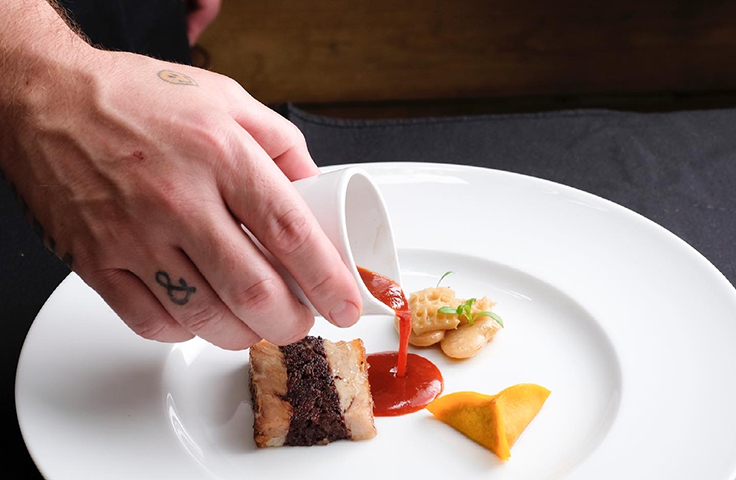 Cuisine: Contemporary
A neon-pink exclamation mark that glows above the front door is impossible to miss. Surprising is certainly an apt descriptor for chefs Luciana Giangrandi and Alex Meyer’s distinctive and impressive menu. 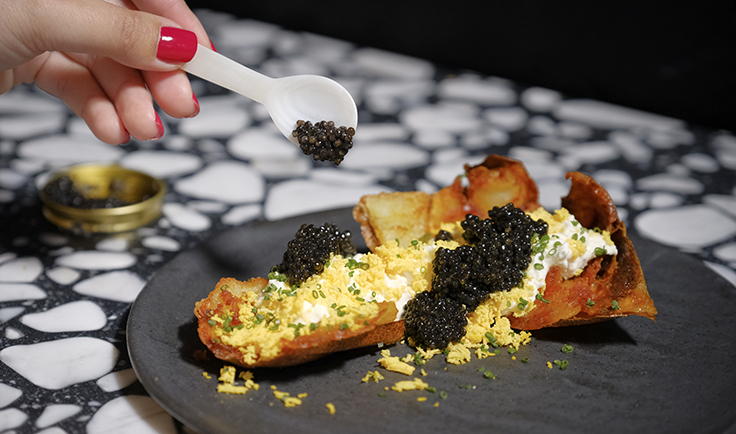 Cuisine: Korean/Steakhouse
Owner Simon Kim and his team know what they're doing in this highly stylized Korean steakhouse, which almost feels like a temple to beautifully marbled and aged beef, much of it on display in a nearby room. 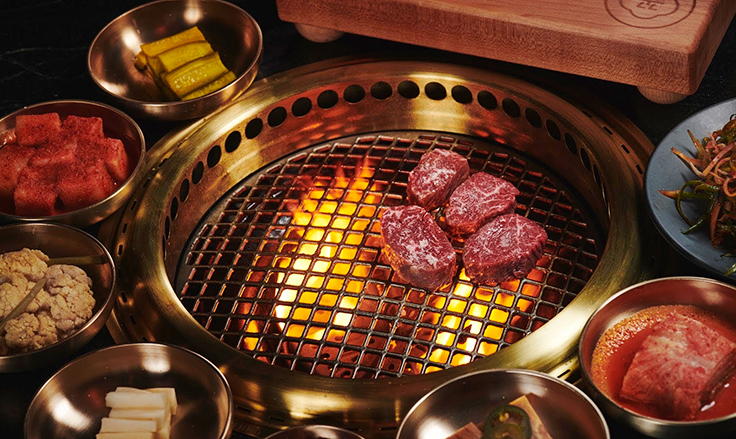 The Den at Sushi Azabu Miami — One Star

Cuisine: Japanese/Sushi
Tucked away in the Stanton South Beach hotel, through Sushi Azabu’s dining room and behind a sliding door, is this intimate temple to sushi. Fish flown in a few times a week is treated and dressed minimally, often with just a single brush of nikiri. 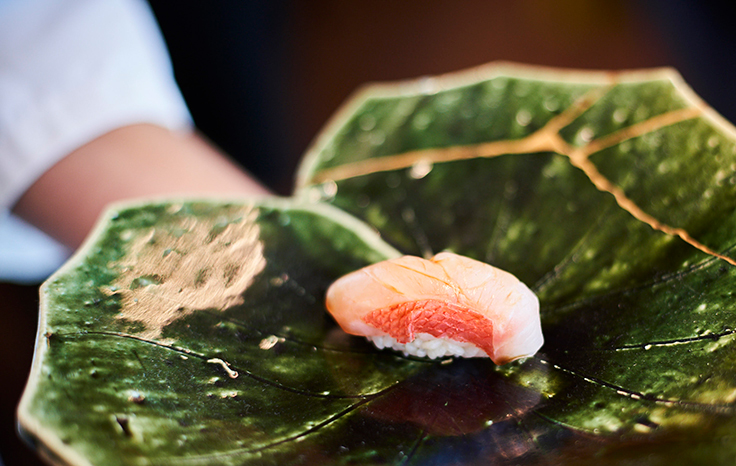 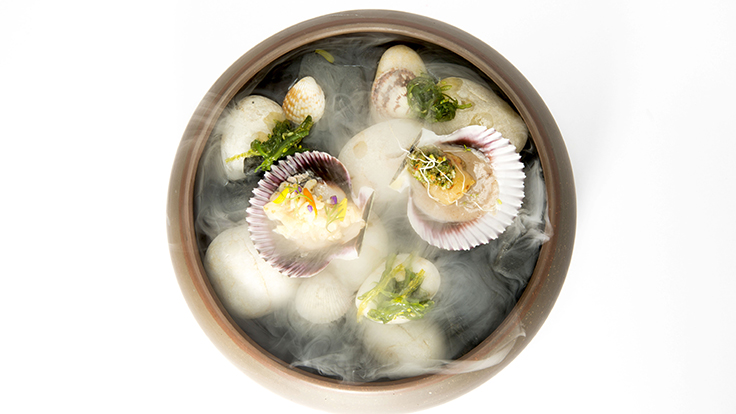 Cuisine: Japanese
This spot is indeed hidden in the thick of bustling Wynwood. Chef Shingo Akikuni sticks to tradition, sourcing most of his product from Japan—beautiful slabs of tuna, sweet botan ebi, and generous portions of uni are highlights of a tasting menu that never feels stuffy or overly reverent. 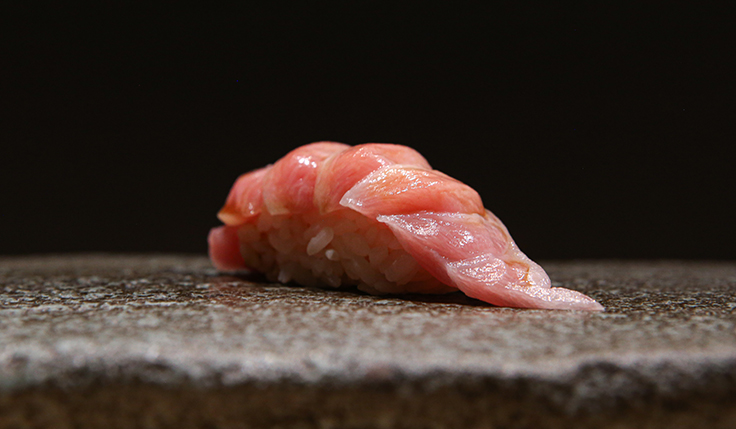 Cuisine: French
Stylish from head to toe, this dining room is a celebration of the seasons. The menu is a study of vibrant tastes and smart compositions that pack big flavor minus the heaviness. 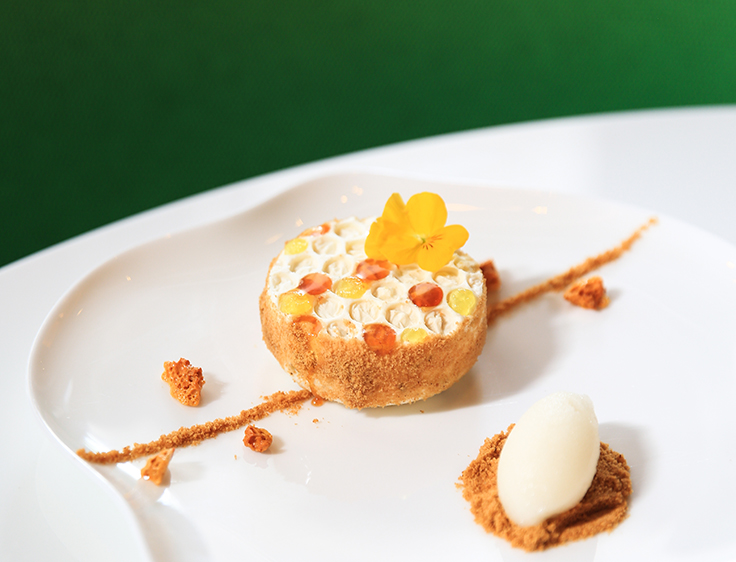 Cuisine: Mexican
This is cooking that sends guests on a gustatory trip—at the hands of servers who are armed with ample information about the provenance of each ingredient. Recent highlights have included hearty pork cheek carnitas with a myriad of salsas and snapper crudo topped with shavings of jicama and avocado aïoli. 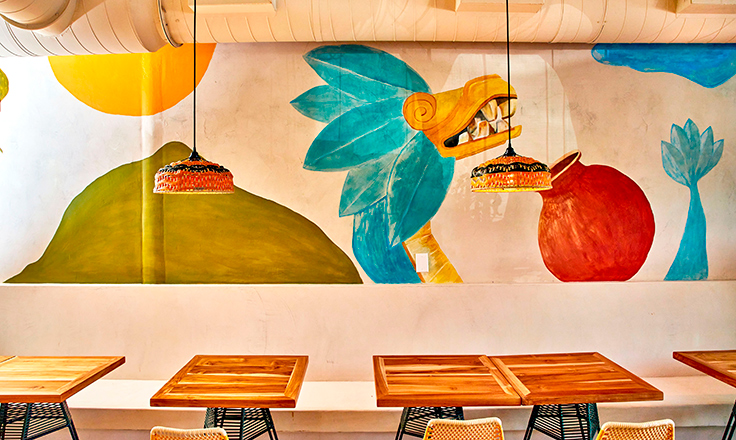 Cuisine: Contemporary
Stubborn Seed is sexy and sleek with its industrial chic décor and glass-fronted display kitchen. Chef Jeremy Ford brings the heat, and his ambitious and brashly creative cooking is best enjoyed by way of the tasting menu. 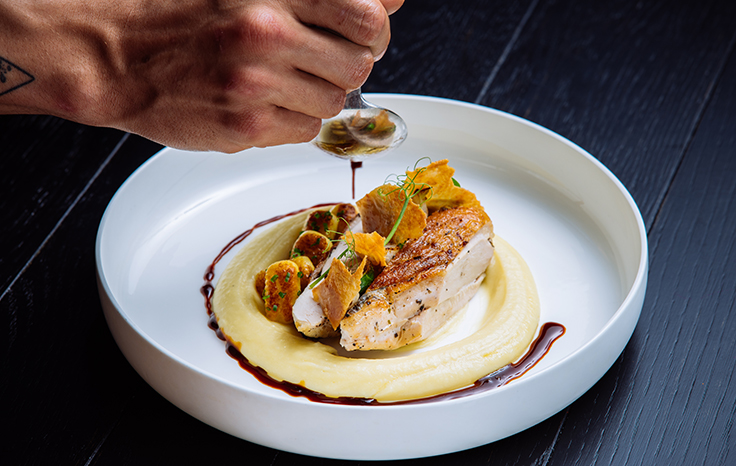 The Surf Club Restaurant — One Star

Cuisine: American
Located within this elegantly restored landmark and now in league with the Four Seasons, The Surf Club is a prime location for Thomas Keller's first Florida venture. Sauces are what this team does best, starting with the scallop crudo with buttermilk-basil dressing and followed by the brilliantly reimagined Maine lobster thermidor with sauce Américaine. 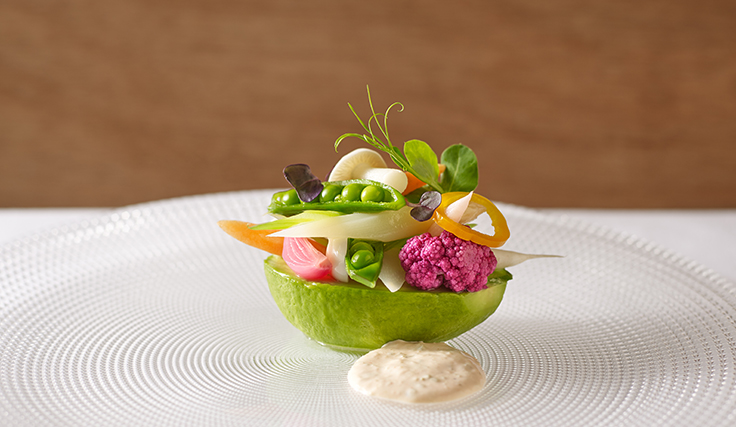 Cuisine: Steakhouse
At the Four Seasons Resort Orlando at Walt Disney World, this steakhouse flaunts a decidedly Spanish accent. Kick things off with ace tapas before indulging in a main dish, like flame-kissed ribeye with tamarind-ancho sauce. 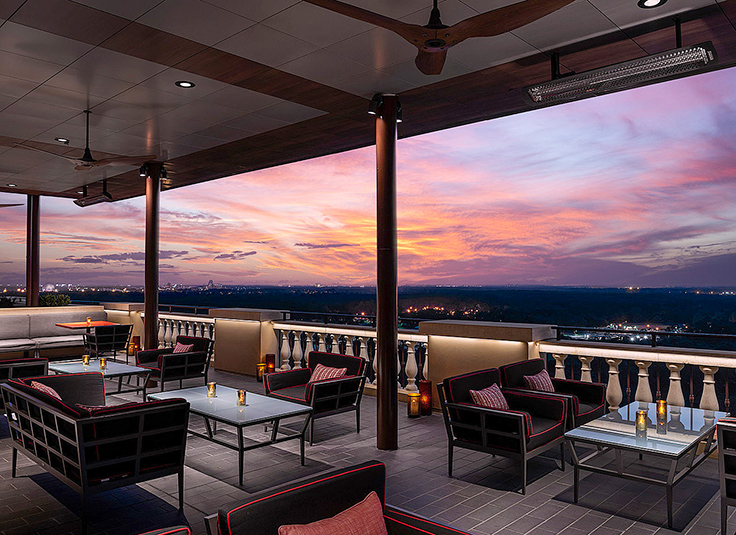 Cuisine: Sushi/Fusion
This tiny operation, with chef Mike Collantes at the helm, is an ideal illustration of a contemporary meal expressed by way of an omakase. A laser-like focus on local Florida produce results in a menu that changes monthly. 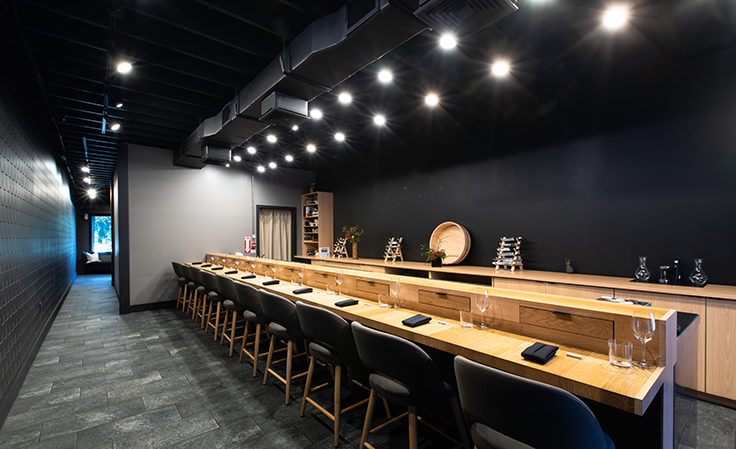 Cuisine: Japanese/Sushi
The omakase opens with hot dishes and cool sashimi. This is food that's free-spirited, yet manages to honor the classic methods. Pacing is on point in sashimi like hamachi and hirame. Nigiri, like snapper with lemon and sea salt, will have you yearning for more. 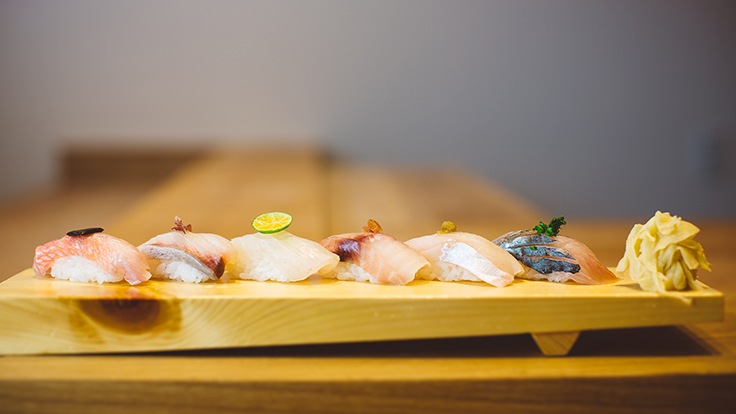 Cuisine: Steakhouse
This iteration from chef John Tesar inside the Ritz-Carlton Orlando, Grande Lakes is the picture of plush. Care and skill are the hallmarks of this team, as they turn out contemporary steakhouse fare woven with seafood. 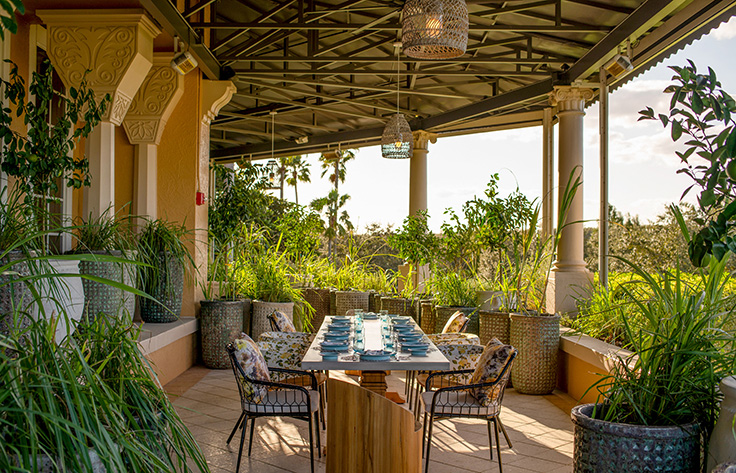