Signature dishes encapsulate the passions and cooking style of their creators—the culinary equivalent of artists finding their own style. In this series, we tell the stories of sublime signature dishes that define the world’s top chefs and their careers, starting with Wolfgang Puck and Spago’s enduring smoked salmon pizza.
Every year, Hollywood A-Listers look forward to this dish at the annual Oscars Governors Ball. It’s been on the menu of the original Spago in Beverly Hills since 1982 when it was created, spawning copycat versions in restaurants and homes alike all around the world. Yes, we’re talking about Wolfgang Puck’s signature smoked salmon pizza. 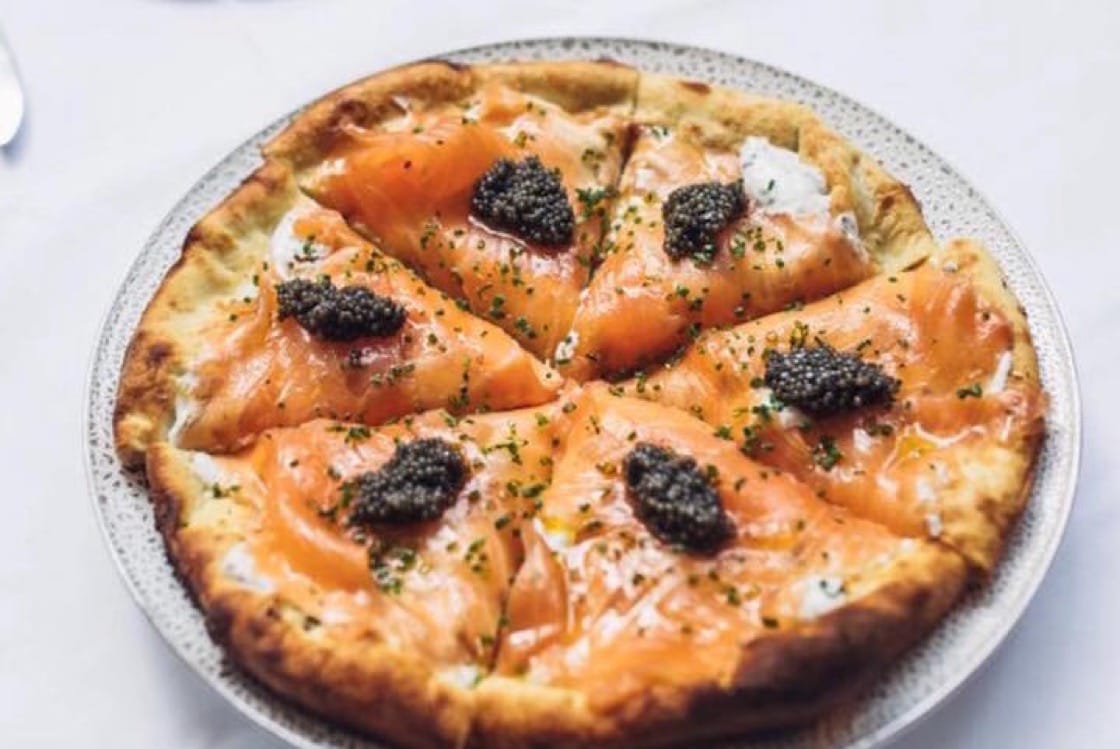 Spago's famed smoked salmon pizza. (Photo courtesy of Spago Beverly Hills Instagram.)
At Spago, crisp pizza dough hot from the oven is slathered with dill-infused crème fraîche and topped with smoked salmon (that's cured in-house, no doubt) and a generous dollop of caviar before it's finished with caramelized shallots. The juxtaposition of hot and cold, crisp and creamy, and sweet and savory flavors has made it an enduring favorite.

The story goes that Puck invented his most famous dish one night when legendary actress Joan Collins ordered smoked salmon with brioche and the restaurant was out of bread. Quick on his feet, Puck replaced the bread with a freshly baked pizza crust and created an elevated version of a classic bagel and cream cheese.

The current incarnation features whole salmon that is butchered by Spago’s chefs and seasoned with cloves, bay leaves, parsley, thyme and brown sugar. The cured salmon is then smoked in-house, the whole process taking up to four days. Cooked to order, the pizza dough is fired with shaved dried onion and olive oil until the crust is crackling before being covered with crème fraîche infused with dill, shallots, lemon juice, salt and pepper, and crowned with smoked salmon slices and caviar. 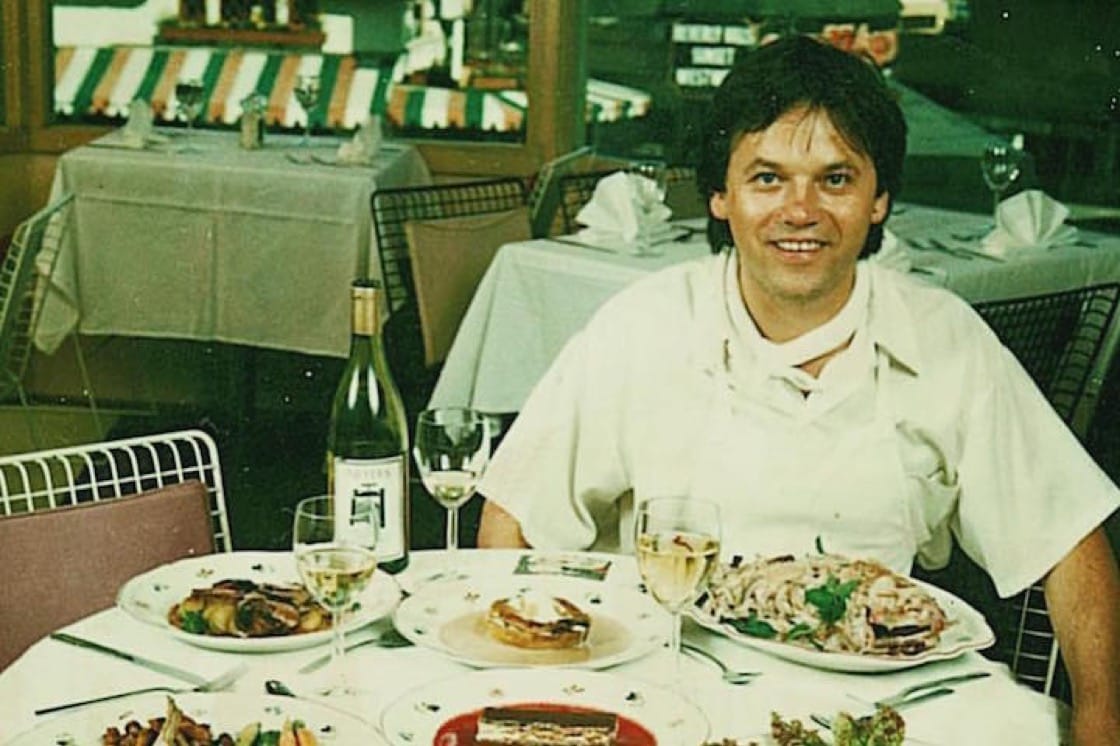 A young Wolfgang Puck in the early days of Spago (Photo courtesy of Spago Beverly Hills Instagram.)
In many ways, Puck was a trendsetter, pioneering the idea of open kitchens in restaurants and popularizing a whole new genre of gourmet pizzas.

“When I opened Spago in Los Angeles, everybody said, 'Wolfgang has worked in the finest restaurants and now he is making pizzas?’ But I knew I was going to make it a little different. The most important part was following my intuition.”

Spago defined California cuisine in the 1980s and started a California pizza trend that spread far and wide, spawning copycats and inspiring other famous chefs. “I went to Manchester to watch Manchester United play [soccer] and I was at an Italian restaurant and they had ‘Spago pizza’ on the menu,” the chef chuckles. “I was very good friends with the late Paul Bocuse and I went to his restaurant in France and I saw a smoked salmon pizza there. I said, ‘Paul, what the heck?’ and he showed me the menu and the name of the pizza was ‘Spago Pizza.’ It was a proud moment for me.”
RELATED: Wolfgang Puck On Standing Firm (Video)

The winner of the Best Pizza in the World Award shares what he looks for in a good pie.

Expect each establishment to use that glorious California produce.

Try your hand at this popular pie from chef Simone Falco of SIMÒ Pizza.

This recipe from Stella Barra makes the most of winter produce.